In 1986 we saw the reinvention of a previous horror classic with the remake of The Fly. Cronenberg's remake was a masterful film, but it brought with it the idea that other 1950s sci-fi films were also worth remaking. If you're ever seen other 1950s sci-fi films, such as just about anything from the deep bench of Mystery Science Theater 3000First aired on the independent TV network KTMA, Mystery Science Theater 3000 grew in popularity when it moved to Comedy Central. Spoofing bad movies, the gang on the show watch the flicks and make jokes about them, entertaining its audience with the same kind of shtick many movies watchers provided on their own (just usually not as funny as the MST3K guys could provide). It became an indelible part of the entertainment landscape from there, and lives on today on Netflix. episodes, you'll know this patently isn't true; most 1950s sci-fi films a just plain bad, limited by their budget and hobbled by the censorship mores of the era. 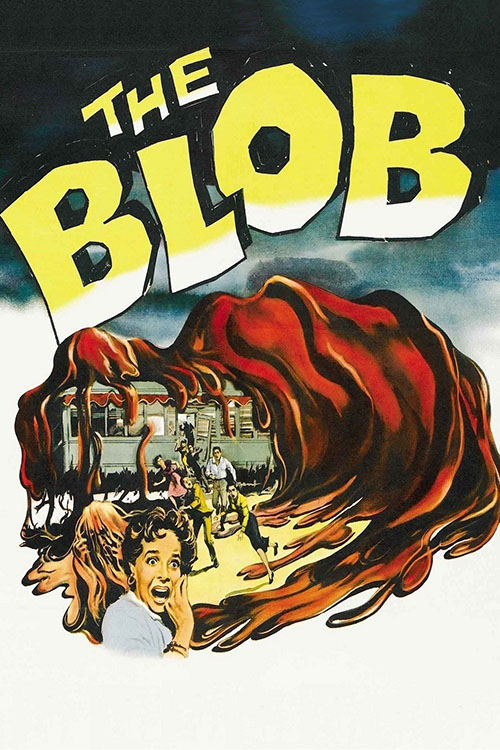 We did get another remake of a 1958 film, The Blob, and we'll cover that remake soon. Before we get there, though, we do have to go back and look at the original film with, yes, is just as cheap and bad as all the other films later covered by MST3K. It's a monster film without much of a monster, a like of chutzpah and desire but little idea how to make it all actually work. It is, in short, everything you expect from low-budget sci-fi of the era, only made slightly better by the star at the center of it all: Steve McQueen in one of his earliest film roles.

In a scene that's been referenced an remade by many later sci-fi horror films (such as the infinitely better Slither), we see a couple of high school kids -- Steven McQueen as Steve Andrews and Aneta Corseaut as Jane Martinup -- at a make-out point, just being together when, out of the sky, comes a meteor. They hear the bang and go to investigate, only to find an old coot who's already found the rock, touched it, and discovered that within the stone lives a a creature made entirely of goo. This thing latches onto his hand and simply cannot be removed, causing him intense pain as it slowly digests him. The kids, being the upstanding sort, take the guy to the local doctor and then skedaddle home.

Except things don't go well for the old guy or the doctor... or, for that matter, the nurse the doc calls in as, one by one, they can taken over by the Blob, absorbed into his mass. Steve and Jane go to check on the old guy but Steve witnesses the Doctor in some kind of struggle against a monster. He goes to tell the cops what happened, but they don't believe him. Over the course of the night Steve tries and tries again, but only the other kids in town believe the fantastic story the two lovebirds are selling. And that's real dangerous as the Blob keeps eating, and getting bigger, becoming a danger to everyone in town. They're all going to have to start believing in the Blob before it eats them all.

Let's be blunt, there really isn't much of a story to The Blob. We see the meteor fall early, but it takes a good thirty minutes or so for the real horror of that situation to culminate (in Steve witnessing, largely off-screen, the Blob attack the doc). Even then, it's still another 45 minutes before the Blob really starts invading the town, and by that point we're well into the last act and heading for the conclusion. Probably only four or so people die, in total due to the Blob, and we don't even see most of it. It's just a lot of Steve and Jane running around, being accused of crying wolf. 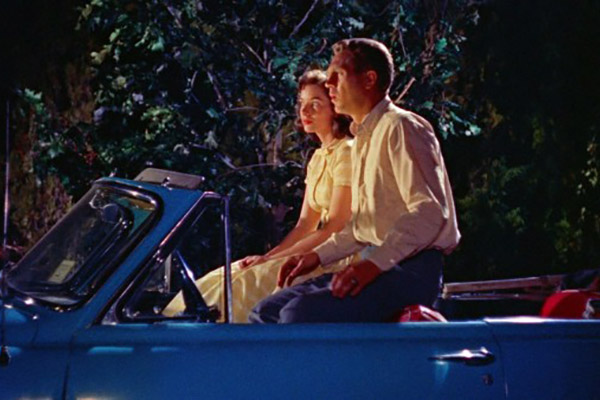 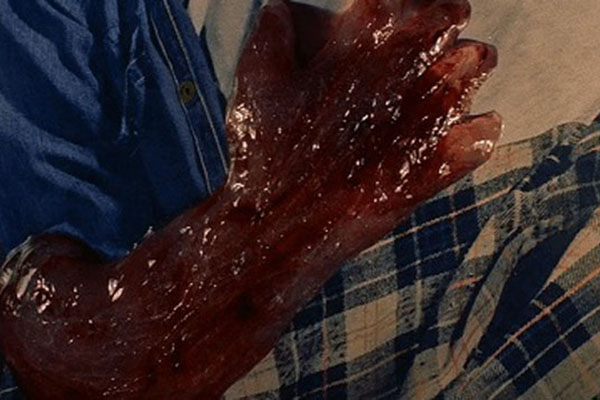 I'm trying to think what fear this played on back in the 1950s, but I can't really align it with anything too obvious. It's not a metaphor for nuclear experimentation as the Blob is said to come from space, not from man. Maybe it's some really subtle play on the Red Scare? The Blob is red, but then it goes about consuming everyone quite literally which, what, maybe it's like how people get converted to communism and become "mindless" like the Blob. I seriously think that's looking for meaning where there is none, but that at least seems marginally more interesting that a film that's got a monster it's too disinterested in paying attention to (if only because it doesn't have the budget to make it more prominent).

The concept of the Blob is certainly interesting. It's a creature that can't be killed, absorbing everything organic in its wake, moving like an unyielding tide (again, the Red Tide of communism... I swear that must have been an influence, as dumb as it is), straight up digesting anyone it grasps ahold of. And yet the film just doesn't do much with it. It has a few moments of cool effects -- the Blob using under a door, or propping itself up menacingly -- but for the most part the film has to talk about what the Blob is doing instead of showing it to us.

The worst offender of this is the climax. The Blob traps our heroes in a little diner and surrounds the whole building. The cops shoot down an electrical line to try and fry the Blob, but that does nothing except catch the diner on fire. Except we don't see the diner on fire, we're just told it's on fire by the characters watching. The production can't even make the lighting flicker on the bystanders to make it look like there's a fire going on. It's really tragic and pretty pathetic.

Frankly, the film would be all but unwatchable, just another in a long line of terrible films from the era to mock on MST3K, were it not for the presences of McQueen. Arguably he's not even great here, stumbling and rushing through his lines at times, but he's got an on-screen presence, true charisma, that he's able to invest in his character, and what's going on in the film, such that you at least care about him. He makes the film palatable at the minimum, keeping everything moving along at a breezy clip. With him on screen it's not a slog to watch The Blob, but it's still far from truly enjoyable. 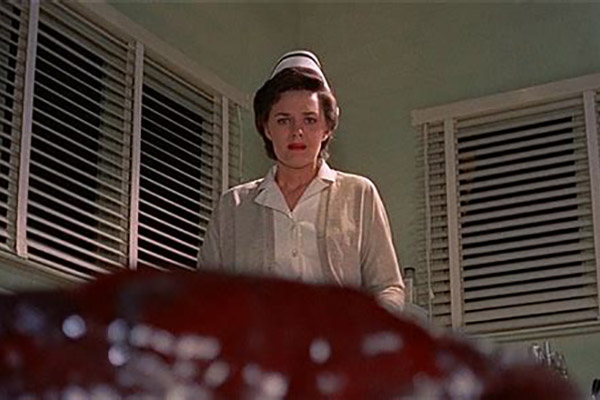 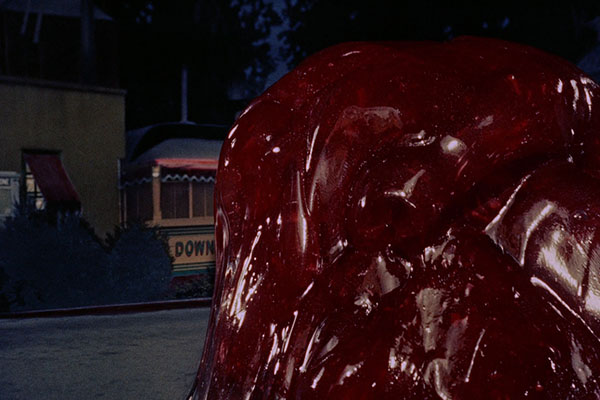 Obviously we're seeing the film now over 60 years from when it was released and our tastes and standards for films have changed. The film is pretty terrible now, but it was a modest hit back in the day, in part because it had a fresh idea and a game cast. Audiences back in the day found something to enjoy in this film, but this is the kind of film that hasn't aged at all well in the interim. I get what they were going for but it would take a better budget, and more skill, to turn this kind of monster into something worth watching. Perhaps one of the later films in the franchise will be able to do better...