As I noted previously, 28 Days Later is about the only film to come out of the "fast zombie" boom that I can actually stand, and that's because they aren't zombies. Rage-infected humans still live, still need to eat and breathe and sleep. They aren't the undead, and that changes everything about them. If they run and rage and spit well, that's part of the disease they have and that makes sense. I can't stand the movies in the genre that came out after because they are about zombies and zombies don't run. Just... let's just agree on that so we don't spend the next eight paragraphs on that topic again. 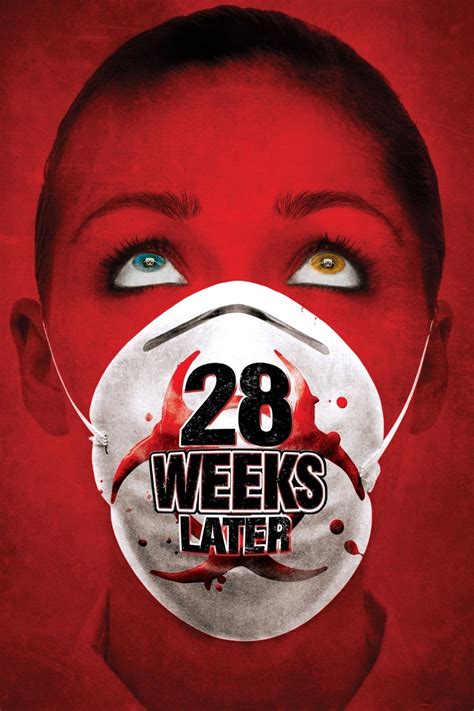 The prospect of a sequel to the original 28 Days Later certainly had me interested. By grace of the fact that the first film ended on a true note of hope -- the infected were starving to death, and the land could be reclaimed once more, with our three heroes flagging down help -- there was a thought that this series could go in a different direction. Maybe we could explore a different kind of aftermath one where the world truly wouldn't be ruled by "the dead". These films still fit in the zombie genre, but they also sit far enough outside it that they can respond to the genre and explore it in different ways. A sequel to the original film could truly do new things with the genre.

Instead, though, after a brief setup that does seem to be zagging away from the mainstream zombie films, 28 Weeks Later veers right back towards the genre, basically giving us just another outbreak "zombie" film like so many others before. We get to watch a little slice of civilization get invades by the infected, torn apart, as the humans run away screaming only to become infected themselves. It is, in short, just like all the other films to come out in the wake of 28 Days Later, another film filled with fast zombies (that, in this case, just so happen to not be dead).

After an opening set during the original British outbreak of "The Rage", we cut to London, 28 weeks later. The U.N. has stepped in, with the disease contained to English soil and most of the infected dead of starvation. With survivors living in France and Spain, refugees from the outbreak, the U.N. peacekeeping forces have worked to help London rebuild. A set of city blocks have been cleared out, made into a "Green Zone", where its safe for a colony to be rebuilt from some of the refugees.

Two of those refugees are teenagers Andy (Mackintosh Muggleton) and Tammy (Imogen Poots), two kids who were sent to the refugee early in the outbreak while their parents, Don (Robert Carlyle) and Alice (Catherine McCormack), had to stay on the mainland. Don survived the outbreak after, essentially, abandoning Alice when things got rough, assuming she died in an attack. Now, all these weeks later, Don works as a janitor in the Green Zone, and that's why his kids were admitted. However, they bust out of the zone, go back to their old house to get some stuff and, while they're there, they find their mother, living in the attic of the house. 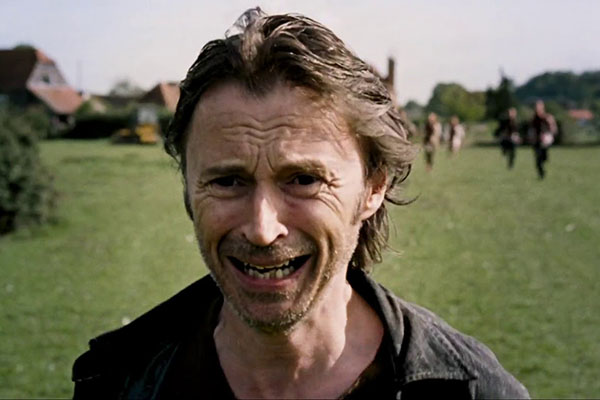 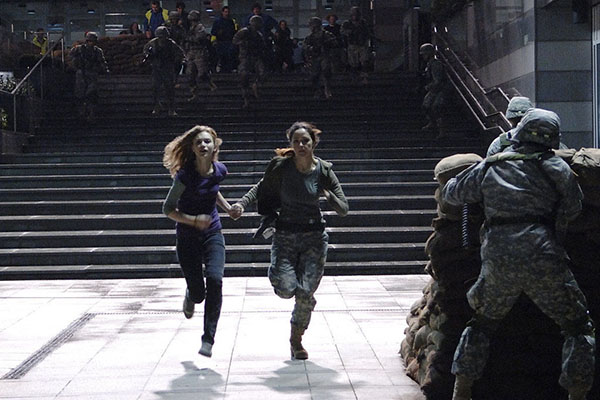 Despite having been bitten, Alice isn't a rage-filled monster. She actually seems perfectly fine, aside from having the virus living throughout all the fluids of her body. The peace keepers don't know quite what to do with her, but once Don finds out about his wife, he sneaks in to see her. One kiss, though, and Don gets "The Rage". He kills Alice and then starts tearing is way through the Green Zone, infecting everyone he touches. Soon pandemonium spreads and the Green Zone is no longer safe. It's 28 weeks later and we're right back where we started at the beginning of the outbreak once again.

There are interesting ideas in this sequel. I like the thought that people can be carriers of the disease without feeling its effects. Like with the first film, where the ideas about how civilization could fall to the right disease, which is all so prescient today, we see similar things going on with carriers of COVID that hardly notice the effects of the disease. There's a lot the film could have done with that exploration with a very smart, intelligent story that could have been told about carriers, a cure, and how to finally be "The Rage. Sadly the film basically abandons that idea at the mid-point of the story and goes all in on the monster action. Full stop. All thoughts of the smarter story are basically cast aside, sadly.

The fact is that while the ideas behind the film are interesting, the monster action on display here is vastly less intriguing. By giving us a new outbreak, we basically get to witness how "The Rage" took over the first time, a step of the process we missed in the first film as our hero there was in a coma during the outbreak. The mystery the curiosity that film elicited is missing here as we already know what the disease does. The sequel goes hard essentially filling in the details of the early days of an outbreak, but I'd argue that wasn't a story we really needed -- there are plenty of zombie films that already provide that story.

Perhaps it would have been more interesting if the action was entertaining, but frankly much of this sequel is hard to watch. Director Juan Carlos Fresnadillo and Cinematographer Enrique Chediak film everything close up, with incredibly shaky cameras, meaning most of the action is blurred out and hard to follow. There are plenty of monsters in the movie, and a few really gory moments, but the film twitches and stutters past all of it, making the action really hard to watch. An initial outbreak story wasn't needed, but if they were going to give it to us no matter what they could have at least filmed it well. 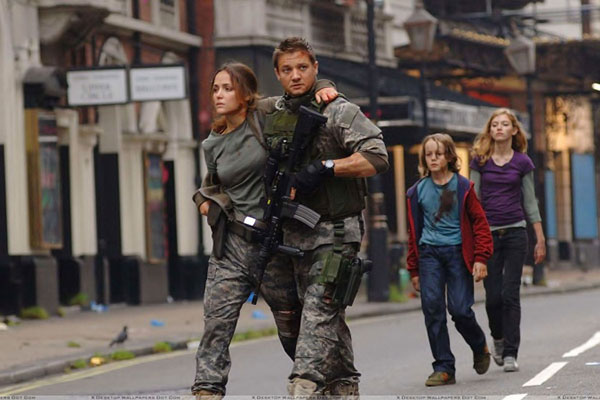 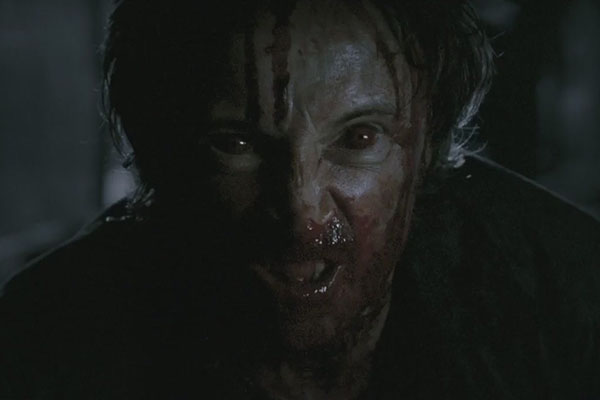 I just feel like the film is at odds with itself. It wants to be a smart and interesting film, partly following a cowardly father that left his wife and barely knows how to relate to his kids. But that's cast aside for a scientific storyline about carriers and the disease, which is they cast aside for a zom-poc film. And none of it is well put together or even seams all that well from one place to the next. Should we care about the U.N soldiers? Well none of them really have personalities and the only one we really learn about, Jeremy Renner's Doyle, dies halfway into the film. What about the scientist that figures out about the carriers and wants to save Alice's kids since they might be the key to a cure? She's Scarlet, played by Rose Byrne, and she dies too before she can really do anything.

I don't know. Part of me likes this film for what it attempts and part of me hates it because it doesn't really amount to anything. It has so many things it tries and none of them stick. The best I can really say is that it's still better than all the "fast-zombie" films to come out in the wake of 28 Days Later. That's a really low bar, though, and this film only barely skirts over it. Maybe, if they ever make a third film in this series -- the oft threatened 28 Months Later, they'll have a better story, a better plan for where to take this franchise from here.