Full of the Rage

Zombies don't run. This is a point of contention for me as the term "fast zombie" drives me up the wall. The whole point of zombies (as I've discussed, in detail, over in my review of the 2004 Dawn of the Dead) is that they're us, just dead inside (which, I'm sure, is a point not lost on Romero, the master creator of zombie films). For them to be a reflection of us they have to have our behaviors, just darker, rendered animalistic by the fall of society. The further away from that you move, the less effective zombies become. 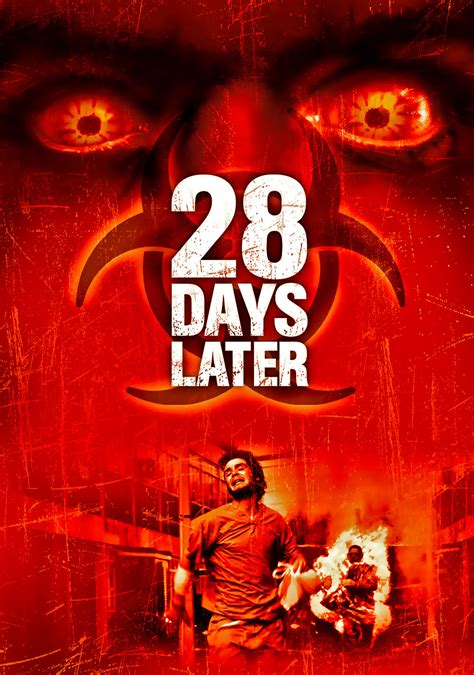 The "fast zombie" trend started with 28 Days Later, a film that certainly plays with the concepts of zombie films but, and this should be clear, does not actually contain zombies. The beings in the movie are rage-infected humans. This live, they breath, they starve, and eventually they'll die even if just left alone, out in a field for a few weeks (a point made by a character in this very film). While the movie is credited with reinvigorating the zombie genre, it isn't itself a zombie film. And while it might have cause "fast zombies" to be the cool new thing, I accept the creatures in this film because they aren't zombies. Plus, the movie uses them so damn well.

We open with Jim (Cillian Murphy) waking up in a hospital bed. As we learn, he'd been in a bike accident a few weeks earlier which left him in a coma. While he was out, the world fell apart. Some idiot animal rights activists broke into a lab and released infected monkeys. This apes had "the rage", and once they got out they immediately started spreading it around everywhere. Soon, all of England (where the monkey house was located) has fallen and the rest of the world would soon follow suit. There's no government, no assistance, no one to help, just Jim, a desolate city, and some very angry, rage-infected humans to run from.

Jim eventually falls in first with the distrustful Selena (Naomie Harris), and then father and daughter Frank (Brendan Gleeson) and Hannah (Megan Burns). The four decide to head off to the north of England, following a signal about "help and assistance" apparently waiting for them. But the drive itself is fraught with dangers, and there's no guarantee that they'll all make it to safety alive... or that there's even much safety to be found up north. Who can you trust, and what's the real danger, when all of society has fallen?

It's interesting going in and watching a film like this when we're in the middle of a pandemic. Before, I would have said, "sure, some people might get infected, but surely the rest of use would have hidden indoors and fought off the few rage-infected humans we saw. Surely this couldn't spread that far. But then COVID-19 came along and I think we all have to accept that people really would be dumb enough to go outside while "the rage" is going on, spreading it around further and just making everything worse and worse. 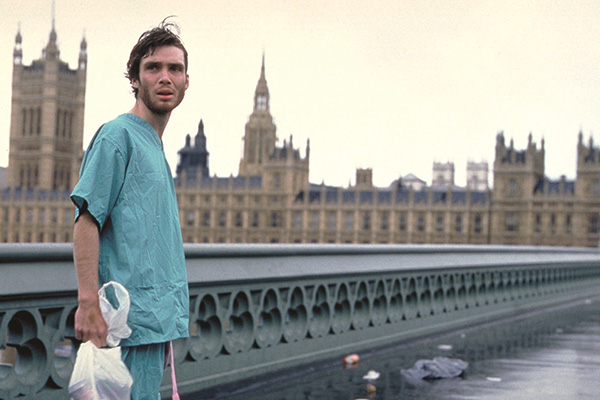 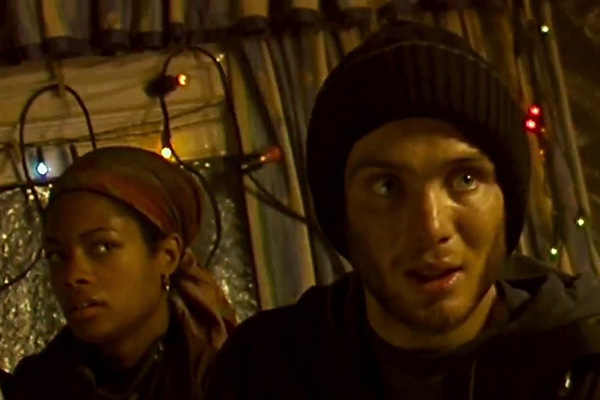 That whole opening sequence, with the animal rights activists refusing to listen to a scientist telling them the monkeys are infected, that felt surprisingly prescient. Humans really would be that stupid, we really would doubt what's coming out of the mouths of scientists, and the rest of us would suffer for that stupidity. If anything, that makes the film not only ring more true, but certainly adds a new layer of melancholy to the already dark and dramatic horror film.

And, of course, there's the fact that the last act is all about men in power capturing our heroes and potentially raping the women folk (our hero, Jim, does come in and stop them, killing everyone before they get a chance). Humans can't be trusted, in any capacity, the film is saying, and that also feels scary and true. We've already seen people hoarding food and toilet paper even when cities aren't shut down just because it might happen. How much worse could it get before humans become complete monsters?

The rage-infected humans add a different twist to the zombie idea. They're more us than the zombies, as we can't live forever and neither can these living, diseased beasts. But they're also farther from us than the zombies are; they're faster, they're stronger, and they exhibit none of the traits that even identify them as human. They lack even a shred of humanity, which makes them less pitiable, less of a monstrous reflection of ourselves and just a beast to run from. They're scary in their own way, but they lack the ability to shake you to your soul the way true zombies can. 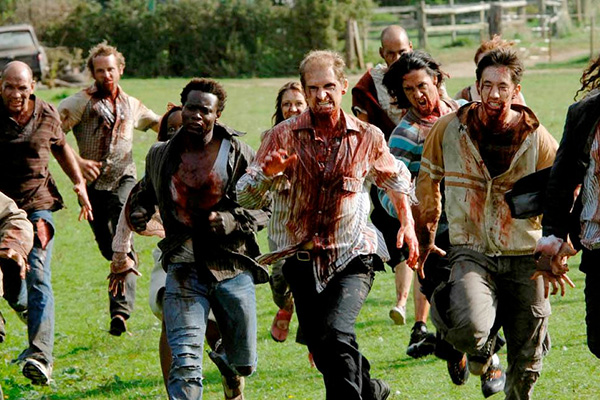 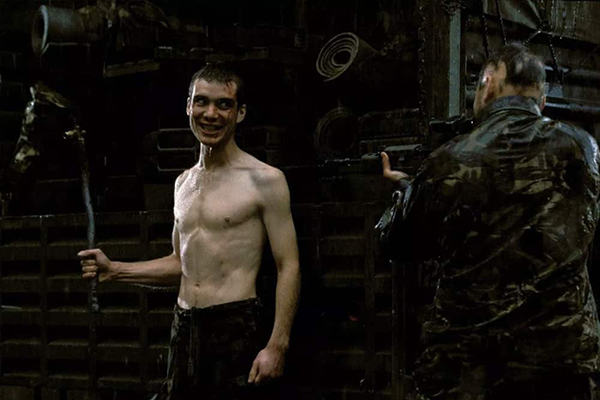 That's a point other "fast zombie" films never understood. The 2004 Dawn of the Dead is a very flashy, splashy movie but it lacks the soul and the commentary to sell the deeper horrors. It's all surface level, with quick scares derived from fast monsters, but once you've seen what the monsters can do, you start to get bored of them. Boyle understand that which is why the rage-infected humans barely show up in the film. We get a couple of quick scares with them, but soon it's the potential of them, not the actual creatures, that cause the horror. And that, of course, gives way to the humans that are even worse, really showing where the horror resides. At a certain point, just to fight against the real monsters, Jim has to become like the rage-infected and become like a monster to truly be the hero.

Despite all the years, and all the other "fast zombie" films that have come out since, 28 Days Later still holds up. It's a film that works best on its own, without all the other fillers of the genre to drag down its legacy. The worst part of the film is all the pretenders that saw "fast zombies" and took that as what made this film work without understanding the deeper story underneath. But the best part is that, after all those films have faded away, this film still holds up all on its own. It's a great horror film that, 17 years later, actually finds new layers all because we're in a pandemic that has shown the true shittiness of humanity. Wow... that's rather of sad.