Trapped in a Tower, Nowhere to Go

I am a big fan of the 2012 film Dredd. That might sound like a weird thing to mention at the start of an article about a completely unrelated movie, but when Dredd came out a lot of reviewers compared it to 2011's The Raid: Redemption (or simply The Raid outside the U.S.). That's because both movies were, in essence, bottle episodes taking place entirely in single towers. Oh, and they were absolute action thrill rides start to finish. 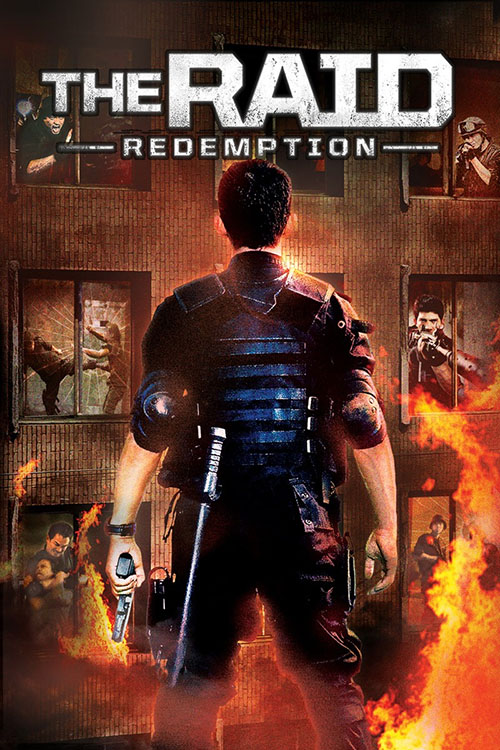 Realistically the two films probably had nothing to do with each other. Considering how long it takes to make a Hollywood movie, there's little chance anyone working on Dredd even knew The Raid existed (writing on the superhero film began back in 2006 and filming had already begun with The Raid was released in theaters). More likely this was just a case of two creative teams having similar visions for their work but, honestly, it's a solid vision both times over.

The basics of The Raid are that a group of cops are called to an apartment tower ruled over by an evil drug lord. Watching on high from the top floor, the drug lord manages to seal the cops into the building, expecting to execute them all and then go back on with their business. Instead, a plucky duo fight, beat, and shoot their way to the top floor, eliminating the drug lord and all his cohorts in the process before, finally, escaping with their lives. Yes, that sounds like Dredd but it's also The Raid, and while I like the two films (and despite their similar concepts) they are very different indeed.

Focusing on The Raid, what we have is an absolute action-packed martial arts film. The movie was sold in the West not on its story (which, honestly, is threadbare at best) but on its wall-to-wall action (quite literally as one scene has a guy repeatedly get his head beaten into a wall). The film flows around its action moments, dropping little bits of story and character interaction, but these come fleetingly before the film has to get back to the action. If Hollywood normally schedules an action beat every ten minutes to break up the story, The Raid schedules a story beat every ten minutes to break up the action.

Helping the film, of course, is that the action is absolutely brutal. The film stars Iko Uwais (an Indonesian actor, stuntman, fight choreographer, and martial artist) as Rama, one of the cops that goes into the build and, due to his fighting prowess, one of the only ones to make it back out alive. Writer / director Gareth Evans discovered Uwais and build the movie around the actor and his fighting abilities in Silat, a group of martial arts exemplified by fast, hard hits. Watching the scenes featuring Uwais and the other trained fighters is watching and absolute ballet of punches as their hands speedily battle. It's amazing, and intense. 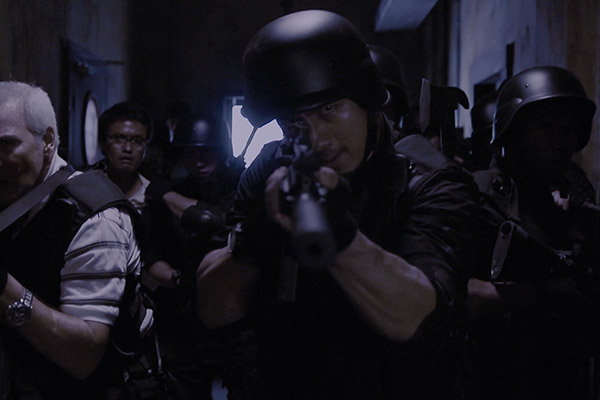 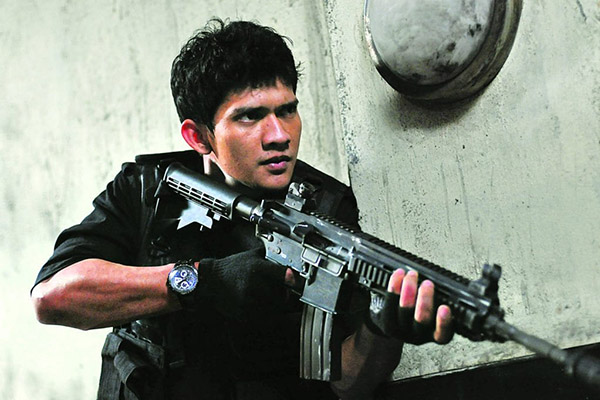 Watching The Raid you feel like you're seeing a completely different kind of martial arts film. Where the era of Jackie ChanConsidered one of the greatest martial arts actors ever, Jackie Chan has a filmography long enough to put the collected works of many other actors to shame, and he did it all while constantly putting his body on the line, film after film. was exemplified by big stunts, high flying action built around the star constantly putting themselves in danger (and acrobatically getting out of it), The Raid is all about the fights. Although calling it one long fight sequence would be hyperbole, that's also not that far off. The action is far more grounded here than in old martial arts films, but it feels no less dangerous or brutal.

I will say, though, that the action can eventually become a lot. You're going from one fight to the next and, at a certain point, it does start to blur together. The film opens with the titular raid, and there's a lot of gunfire here, but then it's all fist fights all the way up. I kind of wish the film had broken up the martial arts action with a little more action of other kinds (and maybe a little more story and character development) just so the action didn't blur together quite so much. It's exhausting, especially by the third act, right when you want to feel exhilarated. To note, I think the balance in Dredd is better even if the action overall is better here in The Raid.

As for the story... well, it doesn't really matter. The film cares about how the characters get into the building but there really isn't much development from that point forward. The initial raid establishes there might be a mole in the police force, and one of the goons pretty early one shows he doesn't want to kill Rama (because he's actually Rama's brother), but this all comes up early on. From that point forward it's just waiting for those plot points to eventually play out (and it's a long wait in most cases).

But then fans of the this film aren't really here for the story. This wasn't built to be a showcase for Uwais's acting ability (although he isn't bad, don't get me wrong), but to highlight just how much ass he could kick. Ass is kicked all over the screen, in amazing and brutal amounts, and it's great. My lizard brain is happy every time I watch this film because I get wall-to-wall action that I can just revel in. Repeated viewings so suffer because I know the action beats and there's little connective tissue between them... but if you wait some time before watching the film again, the action is really all you need. 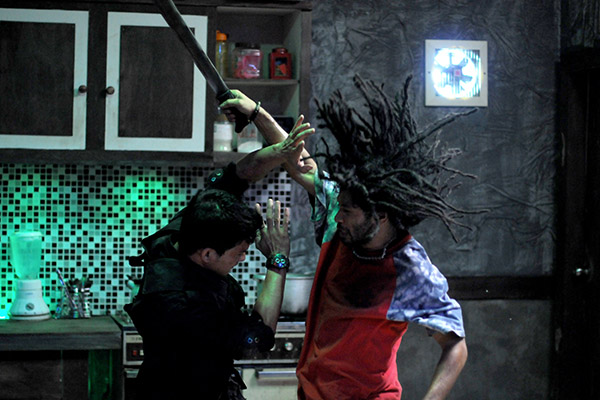 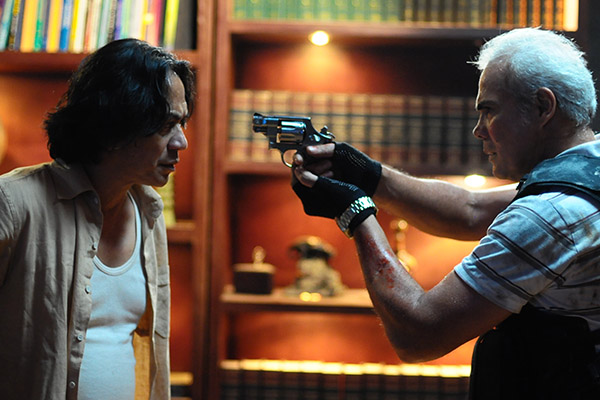 Anyone looking for a complex story of corruption in the police force, of good versus evil, of family and the consequences of betrayal is, frankly, looking in the wrong spot. If you want more story and character development, go watch Dredd as that film has more (although critics would even complain there isn't enough in that film). If what you want is solid action that you can just watch while shoving popcorn in your face you're not going to get any better than The Raid. This is the hour-and-a-half of straight up action you've been craving (even if you didn't know you needed it).