I've already complained about how Blaster Master 2 lost the thread of what made the original Blaster Master so special. If you really want to see a game that has no clue how to operate as a sequel to Sunsoft's 1988 original look no further than Blaster Master Boy, and game that feels like it came from a completely unrelated series... because it basically did. 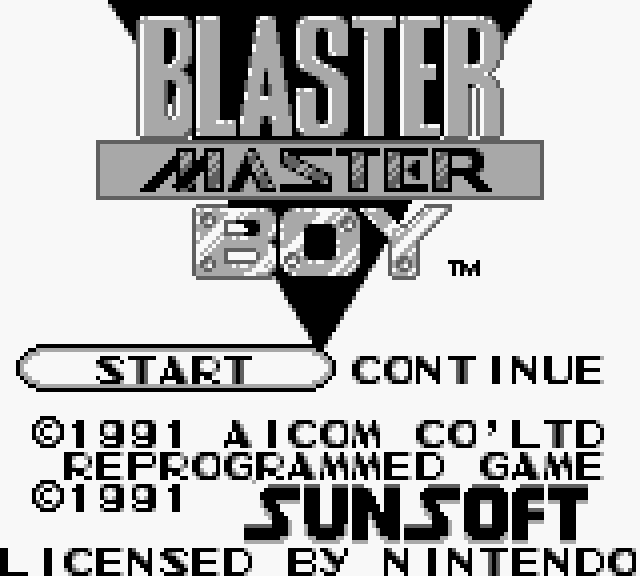 The real origins of this game are a bit complicated to explain. Blaster Master Boy was originally released in Japan as Bomber King: Scenario 2. That game, naturally, was a sequel to Bomber King and game, developed by Hudson, was released in the West as Robowarrior. Although developed by Hudson, while the whole of the classic Blaster Master series was overseen by Sunsoft (with other, non-Hudson companies pitching in on development from time to time), Robowarrior is an informal prequel to Blaster Master (with many mechanics and enemies borrowed between the games).

Those of you shouting right now that Robowarrior was actually a Bomberman spin-off, that's actually not confirmed by Hudson themselves. From what research I can find, the two game series are unrelated with the only shared DNA being Hudson themselves and the bombs the character places (which work different in the Bomber King games). It's all a lot to parse for what is, honestly a pretty cruddy game (although I'm not realizing I have to go back and review Robowarrior which I really didn't want to do).

As a Blaster Master Game, the Game Boy-exclusive Blaster Master Boy (or Blaster Master Jr. in Europe) is a pretty dire sequel. Although the hero bears a passing resemblance to Jason in his armored suit, nothing else about this game looks or feels like Blaster Master. There is no tank to drive around in and any thought of Metroidvania (or even Zelda-like) powers and progression is basically thrown out the window. In its place is a pretty bland dungeon crawler where the hero shoots and drops bombs.

In the game Jason (or, really, the Bomber King) has to work is way through a number of labyrinthine floors, blowing up rocks, collecting basic power-ups, and killing monsters, all unti9l they find the key that unlocks the exit from the stage. After two or three of these dungeon floors Jason then has to fight a boss, and then its back to the dungeons for a lot of rinse-and-repeat. And that's in. Do this for about an hour and then the game ends. Whee. 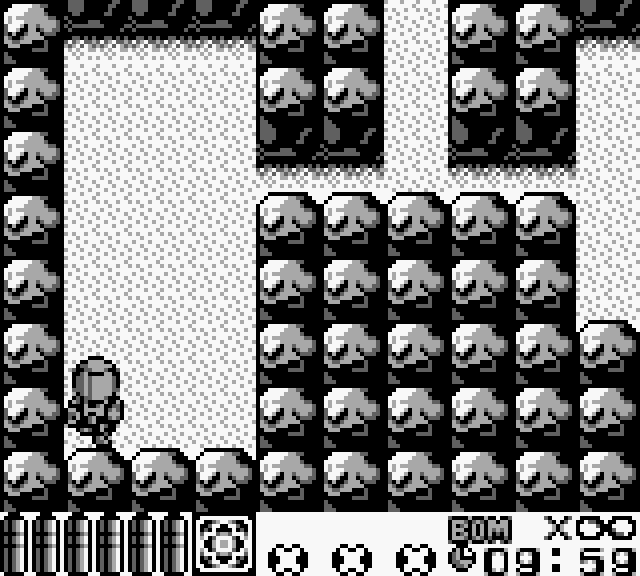 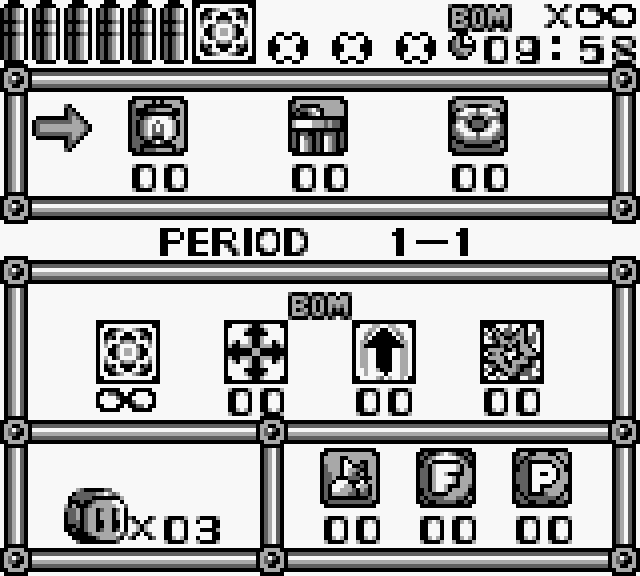 While the Blaster Master connection does this title no favors, this game would feel pretty dire no matter how a player found it. The basic mechanics of the game are pretty meager with the hero just walking and planting bombs while taking pot-shots at enemies with his pea shooter. The place of the game is really slow and this drags the game down a lot -- if everything ran at twice its speed the title would feel less sluggish but I doubt it would perk up the basics of the title. Every level is basically plant bombs, find key, go to next level without much of anything to break up the monotony.

And, yes, that does sound a lot like the earliest Bomberman games. The key difference is that the pacing of those games was faster and the levels weren't so densely packed with rocks. Here your hero often can't go more than a few steps without having to clear out rows and rows (and rows) of blocks. It's just all so tedious, and the fact that this is the only real mechanic of the game makes the whole design feel under-baked. I'm not sure if this is the case with the original Robowarrior as well (as I said, I haven't played it yet but, sadly, I will), but I would hope that this was just a bad translation of the original game with all the fun sucked out on the Game Boy.

I do get why this game has Blaster Master on the box. Not only does the hero look like Jason but the top-down levels bear at least a passing resemblance to the top-down levels Jason had to traverse in Blaster Master. But those levels were neither long, nor tedious, and the run-n-gun mechanics in that title felt substantial. Here you're better off not even paying attention to the enemies, focusing instead on just trying to find the stupid key so you can get out.

The real travesty is just how little fun there is to be had in this Game Boy title. Whether you want it as a Robowarrior game or a Blaster Master title (or even an entry in the Bomberman series, the sluggish pacing, lackluster action, and boring stage design make this a sad entry for any of those franchises. It's about as pale of an imitation as you can get, disappointing fans of up to three different series all at once, which has to be something of an accomplishment for a terrible game. 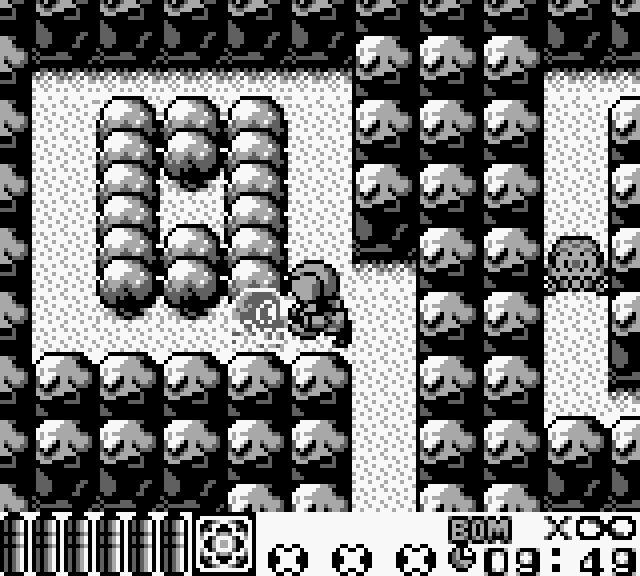 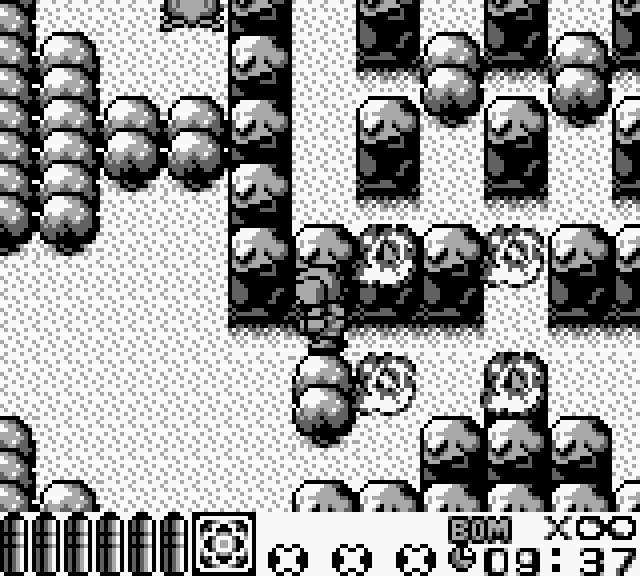 When I heard there was a bad Game Boy game in the Blaster Master series I frankly didn't think it would be this bad. Honestly, though, I hated my time with this tedious, flaccid, tiresome game. There are bad games and then there's Blaster Master Boy, a game that isn't hard or frustrating or much of anything. It's a big whopping nothing of a game that makes you wish you were playing anything else.