But Who Will Save L.A. Now?

The prospect of a Bad Boys T.V. series was always a strange one. As we saw with the first season of T.V. spin-off L.A.'s Finest, the magic of what made the original films work wasn't just in the actors but also in the way the movies were filmed. Michael Bay gave the films (the first two, anyway) a certain look and feel that enhanced the performances of the two stars, Smith and Lawrence. A T.V. show would have to work hard to match that same directorial feel, and is it really Bad Boys without the two bad boys? 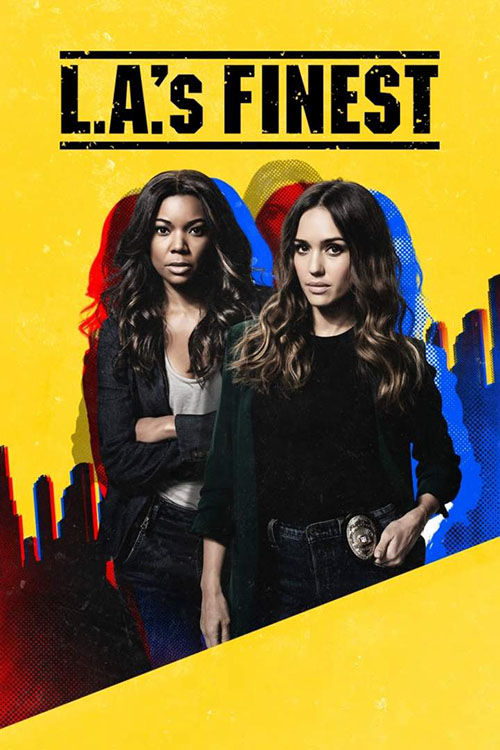 The first season never really came up with a reasonable answer to any of this The bombast was more muted, and while the lead actresses -- Gabrielle Union as Syd Burnett and Jessica Alba as Detective Nancy McKenna -- were game enough, the show couldn't quite muster that specific magic that would make fans of the movies feel like they got a proper follow up. The first season was fine but lacked that certain something. The question was if the show could find that magic and use it to make a more bombastic, and better, show in its second season.

In answer, the show certainly did up the bombast from the first season. There's more action, more explosions, more gun fights, ans more fights in general, all to up that "action movie factor" people were looking for in the series. Unfortunately the show didn't actually graft the action onto the story at all well; the balance between story and substance was off, leaving the show with an issue when it came to suspension of disbelief. Worse, in this time where the optics of police violence is swinging against the idea of letting cops do whatever they want because they're "the good guys", having the show give the characters a free pass to perpetrate any violence they want, free of rules or consequences, leaves the show feeling like it's from a different time period. The show is anachronistic when it wants to be grounded, and bombastic when it needs to be nuanced. It's a tough fit for today's audiences, when may go some way towards explaining why the series was canceled after this second season.

In the show, Detectives Burnett and McKenna, along with their co-partners Ben Baines (Duane Martin) and Ben Walker (Zach Gilford), are called into to investigate a murder in Korean Town (a district of L.A.). One of the districts leaders was shot during a crowded protest. Then one of the leaders of the protest is killed when his fish market is firebombed. The violence in K-Town continues building, and eventually the four detectives realize that the violence is an orchestrated effort from an external foe and not just a escalation of internal strife.

Beyond that, there's also the matter of the death of Jen Striker (Sabina Gadecki), an incident that happened right at the end of season one. Once a sex worker, Jen joined up with Syd's father's bar and had been helping Joe (Ernie Hudson) for a few weeks before she was killed. Since then, Syd and Joe had been running an off-the-books investigation trying to figure out who killed Jen and what was the reason for it. Syd will have to balance her time on the one case against the violence in K-Town, and if she's lucky she'd be able to solve both without going so far off the books that she's fired from the force. 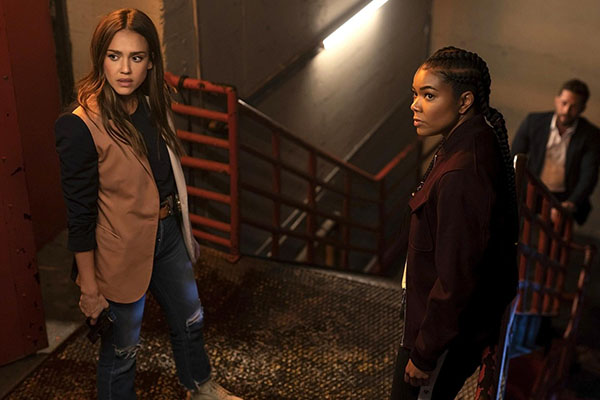 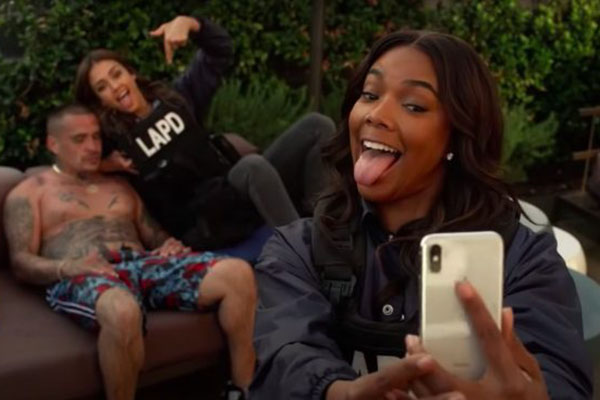 One the one hand, the chemistry and dynamics between the main characters is stronger this time around. With Union and Alba having played their characters for a while it felt like they managed to really find the friendship, and familiarity, between the two detectives. The same could also be said for "the two Bens", with actors Martin and Gilford tempering the over-the-top humor of their characters while also, similarly, deepening the friendship between the two male partners. I really liked all the dynamics between the main cast, as well as the side characters sprinkled throughout the show, making these characters very fun to hang out with, at least when they were in the office or in their personal lives.

The sad part is that while the could upgrade and improve its character dynamics, the same couldn't be said for the action of the series. The movies were buddy-cop films dressed up as action films, Lethal Weapon-style films filtered through the Michael Bay lens. The buddy-cop dynamics were strong on the show, but the action was still lacking and it hurt the series. The show tries to go big but didn't have the right directors, nor the right stunt coordinators, to really pull it off effectively.

Part of the issue was that the show didn't have a sense of scale for the action. Sometimes the cops would show up at a scene and the action would be incredibly understated -- a fist fight when you expected a shoot out. Other times they'd arrive on the scene and it would be a Heat-level shoot out when the cops were just there to serve a baby-bitch warrant. Because of this it was hard to know when things were going to happen, or why, so the show just swung wildly in all directions with no sense of purpose.

Worse, when one of these unexpected shoot-outs did occur, very often the cops would just walk away afterwards without any investigation into what happened. When the four of them arrive early to serve a warrant and talk to a perp, the shoot out that results should really lead to hours, and hours, in an I.A. room as they each explained what happened and a thorough investigation of a "good shoot" should occur. Instead the show treats it like this kind of thing just happens and the cops are back at their desks, 15 minutes later, like they hadn't just killed eight dudes at a pool-side party. 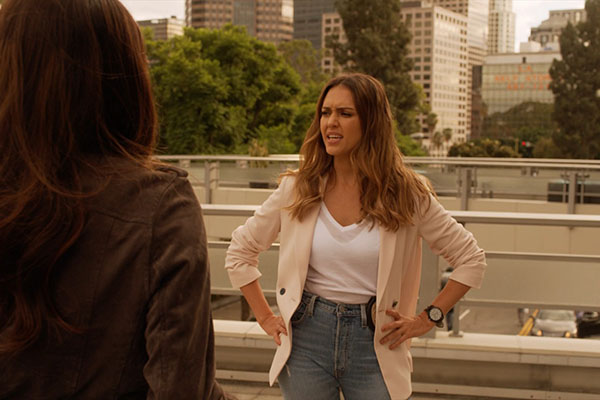 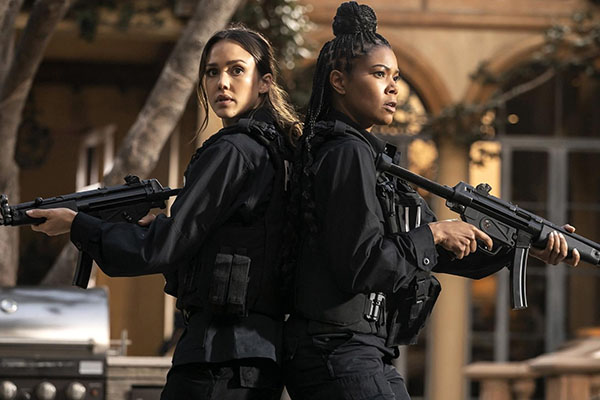 It's weirder when you take into account a late-season storyline about a different shooting incident against a known serial rapist where I.A. does get involved, and it's suddenly life or death for the careers of Burnett and Baines. That incident gets a full investigation over one obviously bad guy, but eight random perps killed for no reason is perfectly fine? The sense of scale is all out of whack. And it's funnier, still, when in the next scenes the cops break into a Russian business's mansion without a warrant, steal evidence, cause a shoot out, and then just walk away scot free as if the Department is totally okay with this kind of thing. Where's the logic and reason in all of this?

But the thing that really holds the series back is that all of these storylines, and so much more, just happens randomly, as if the writers were saying, "well, it happens just because." The Russians want to buy up property in K-Town so they can use the Prohibition era tunnels under K-Town to run guns and other weapons. This is a fact that's just thrown out and is hardly proven until the end of the season. In a different version of the show we'd understand the villains, we'd learn about them, we'd see them make buys and move weapons around. Here, though, the villains behind the crime are an afterthought and we barely see them until the end when they're apprehended. Again, things just happen simply because.

I really like the characters in the quiet moments of the show, and I rather enjoyed the times where they could be cops without and pomp and bombast. But once the show realized, "wait, this is a Bad Boys series," and swung in that direction, everything went right off the rails. I think, had the show been given a third season it might have been able to course correct again and actually make a compelling series out of this mess. But after two seasons it was clear the show still needed a lot of retooling to work properly. Canceling it, all things considered, was the right move.