Off to the Races

Shadow of the Thin Man

We've already looked at three films in the Thin Man series -- the original film, The Thin Man, plus After the Thin Man and Another Thin Man -- and we've already seen the series fall into its basic formula: Nick (William Powell) and Nora (Myrna Loy) wander into some social event whereupon someone dies, Nick is sucked into the case (and Nora drags herself along), and then, once Nick as seen all the clues, he brings everyone together to reveal the murderer. Cue credits. 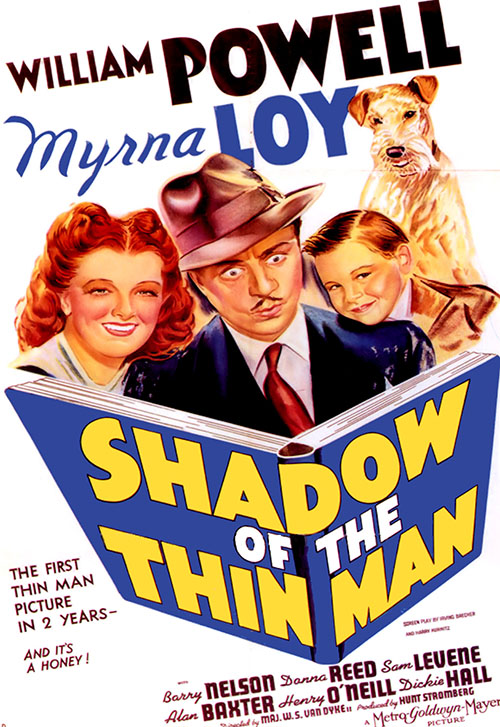 This formula worked, in large part, because the cast was game and the writing of the banter between the leads was hilarious. The first three films in the series had writing duo Frances Goodrich and Albert Hackett to thank for their scripts, and the two certainly had the characters down. The mile-a-minute dialogue, coupled with that sharp, biting banter, gave the lead characters zest. They played and poked at each other, but they loved each other too, and watching them circle each other while they worked a case was joyous. Unfortunately, after those first three films the writing team changed, starting here with Shadow of the Thin Man, and the film truly feels their lack.

Of course, the other missing component was original novel author Dashiell Hammett. He has struggles with the scripting process on the previous three films and whether because of those problems, or that coupled with the changing of the writing team, lead to the author leaving the projects as well. That meant new writers Harry Kurnits and Irving Brecher has to find the characters while bringing in their own voice. What results is a film that looks the same as previous efforts, in large part because director W.S. Van Dyke was still here for one more film (he'd died after making this movie) but it doesn't sound like the Thin Man we remember.

Certainly the roughest part of the film is the opening act. Before the case gets going -- a set of murders started at a race track and then sucking in the bookies and other organized crime figures around illegal gambling -- we're treated to the home life of Nick and Nora, along with their precocious son, Nick, Jr. (Dickie Hall), and housekeeper Stella (Louise Beavers). While the son is annoying enough (a little kid was not needed in this series of crime films), it's the housekeeper that really makes this opening act awkward. Frankly her portrayal in the film, and the lines the writers give this poor actress, are just mind-bogglingly racist. While the films were made, at this point, in a bygone era, this is the kind of material (her thick accent, her inability to say long words, her practically calling the two of them "master") that leaves this film feeling like it should have stayed in the past.

Thankfully, once we get away from the home and out into the streets to solve the case, things pick up (in large part because we barely see the housekeeper or the son from this point forward). Nick and Nora have to navigate a case that involves mistaken identity, blackmail, innocents getting frame for murder, and a lot of double-crosses. Naturally, it all comes down to Nick finding just that one clue that will let him know when the murderer has slipped up, and in the end the big reveal feels, well, maybe not well earned but certainly believable. It's a decent film, after the first 30 minutes, if not an exceptional one. 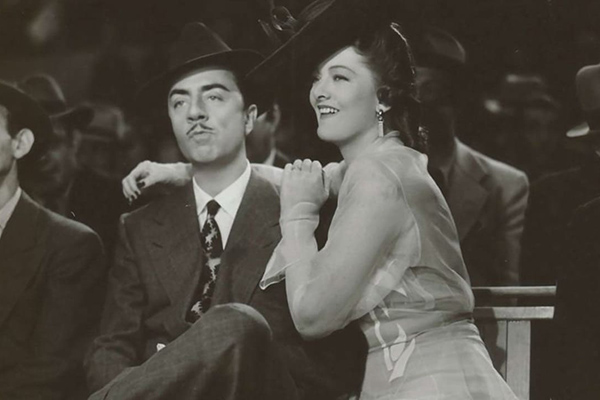 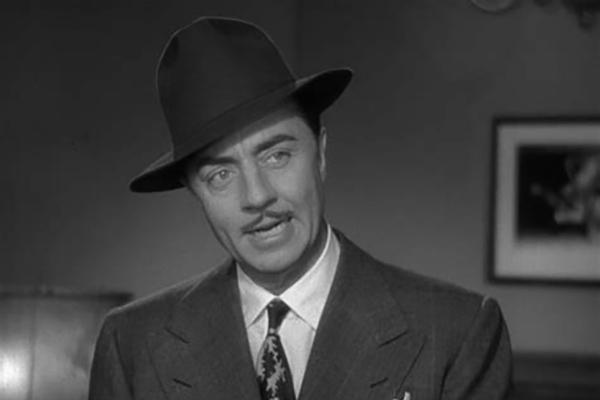 Part of the issue I had this time around with the case is, frankly, a similar problem I've had with the previous cases: it just doesn't feel very fresh. Like in the second film, the killer is easily outed once Nick sees one specific piece of evidence. It's a clue that reveals a big lie the killer told, one he couldn't have know that unravels the whole case. And then suddenly a character that was all sunshine and rainbows becomes a stone-cold killer. It was a solid trick the first time the series pulled in but now, only two films later, it already feels stale and expected.

It doesn't help that most of the characters in the film don't get a lot of focus. Some of the would-be killers are little more then scenery fillers, characters without a lot of development that practically walked onto the set with a sign saying "I'm not important" strapped to their chests. That meant there were only so many real potential killers and, once you've narrowed down that list, its easy to figure out who could have done it even if you don't have all the evidence. It's a cheat, yes, but with a film this formulaic the story is already cheating us.

Not helping matters is the fact that the banter between Nick and Nora is missing that needed spark. Where before the movies crackled any time the two were sniping at each other, there's barely any back and forth banter to be had. Instead of an equal in style and sleuthing to her husband, Nora is reduced to a bit of a prop when she's not playing the doting housewife (although, with a maid doing everything for her, one wonders just how much Nora actually does as a "housewife"). The energy has been sucked out of their relationship almost entirely.

As I said, the actors are still game, and Powell and Loy are able to mine some good chemistry out of their raw talent. Meanwhile, the film does have funny moments; I laughed at more than a few jokes, and there's still material here that was entertaining enough, especially when delivered by one of the two leads. Still, something is missing, that spark that carried the previous films. Instead of this movie being the story of a crime-fighting duo, it's the Nick show and, while he's good, he'd be better with his wife nudging him along. That back-and-forth is missing and the film is weaker for it. 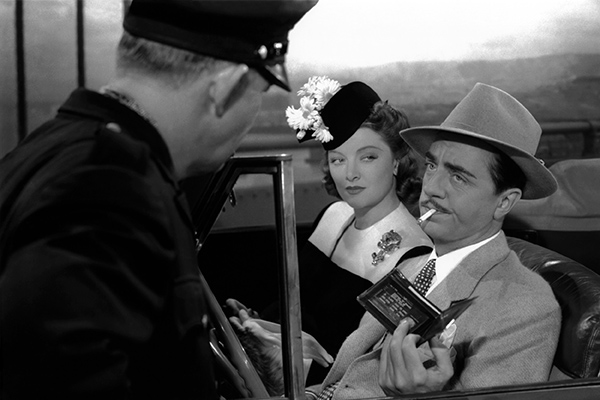 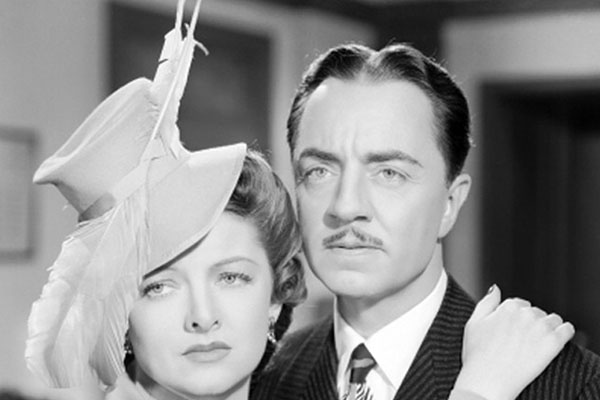 This isn't the worst film from this ear of film, and I don't even think this is necessarily a terrible movie... at least, not for the second and third acts. But it's also not a great film and it certainly doesn't hold up to any of the movies in the original trilogy of the series. The lack of the writers, and the original author, lending their original voices to this work makes it feel like a copy of the original. It's not as fun, not as witty, not as sparkly as what came before. What does work is thanks to the actors and the director, but the gas is already starting to run out on this series with still two more films to go.