Crusin' To Some Tunes

As we've noted before, Edgar WrightFamous for his television show, Spaced, Edgar Wright saw his Hollywood aspiration come to fruition with the first of his "Three Flavours of Cornetto Trilogy" films, Shaun of the Dead. The English director, screenwriter, and producer has gone on to have a varied career with wildly dynamic, visually packed films across a number of genres. is a singular director. He has a very specific visual style, a way of blending on screen images and editing and sound and music to create a cohesive, focused work of art. It's not uncommon in his films to see character suggest something to then get a visual cue, a sound effect, and then a quick edit to the next sequence, all designed to carry you naturally through the film in one constant movement. He makes films that aren't just directed but composed. So the thought of him directing a action-caper-driving flick was intriguing to say the least. 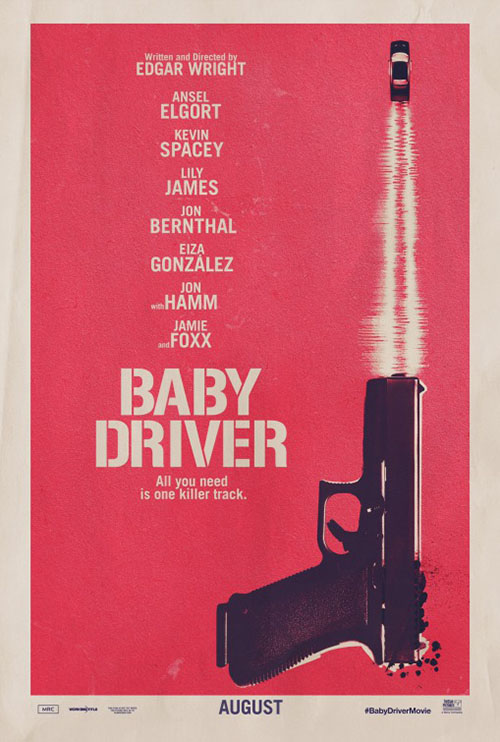 Baby Driver, his latest directorial effort since The World's End (and his attempt at making Ant-Man) is everything you'd expect from the director. From the very first frame of the film the action downloads in front of your eyes, giving you a visual feast as we travel (via car) from one elaborate set piece to the next. With the conceit of the film -- -a driver that always has to listen to music -- Wright has the perfect vehicle to perform all his favorite tricks, blending them all together into a film that so much better than anyone (even the fans of his works) could have expected.

In the film, we have Baby (Ansel Elgort), a getaway driver for Doc (Kevin Spacey). Years prior Baby stole one of Doc's cars and, after getting caught by Doc and his goons, has been working for Doc every since to pay off his "debt" to the mobster. When Doc puts together a crew (as we see three times in this film), he uses all new men for each team. Well, except for Baby who is Doc's lucky charm and the only consistent member of every team (since he's really damn good at driving). However, as we watch with the first heists of the film, Baby is nearly done paying his debt, and once he's free he can pursue a non-criminal life. And, of course, there's a girl: Debora (Lily James). Baby is falling for Debora and, once free, he plans to spend all his time with her. Doc, though, has other plans and Baby's freedom, for his life and from prison, will depend on one last heist.

I can go on and on gushing about the visual delights of Baby Driver (and we will in just a moment), but it's worth starting this off by noting the few flaws in the final product. For starters, the plot of Baby Driver isn't exactly revolutionary. We've seen plenty of movies about great getaway drivers as well as tales of criminals doing "one last score" before they get to have their well earned retirement. While Baby Driver is solidly constructed, the basic story of the film is something we've seen before. It's all the tropes of a criminal heist movie just like we've seen in the past, just this time set with a rocking soundtrack and plenty of solid action... which is enough, really to make it all work.

Meanwhile, there are a few casting issues we should discuss. For starters, Elgort is kind of a blank slate. A singer, songwriter, dancer, and DJ, Elgort has mostly been in YA movies at this point (such as the Divergent series), with Baby Driver being his biggest film. While he does well enough with the blending of dancing into his scenes, he doesn't really give off enough emotion, easily making him the hardest character to get attached to. If not for Lily James, infectiously playing Debora, it would be easy to brush Baby off completely, but because her character cares about Baby, and we end up caring about her, we get a nice transitive equation where we care about baby, too. 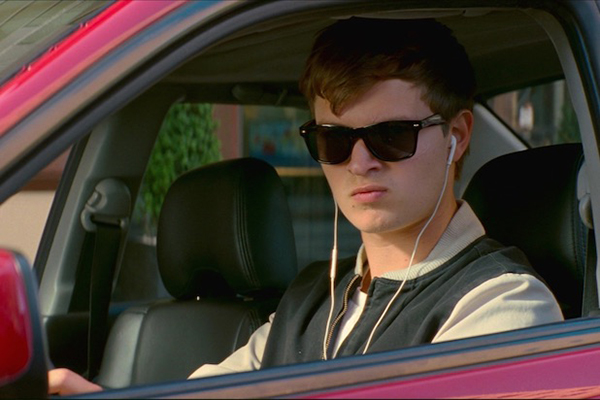 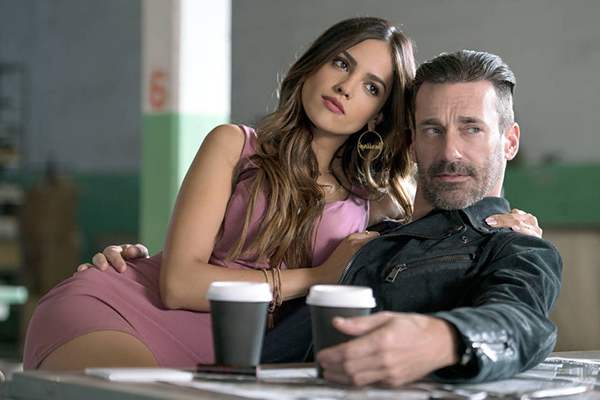 And then there's the big elephant in the room: Kevin Spacey. This film came out right before all the big allegations about Kevin Spacey came out (that he's a vile, awful monster who preyed on young men, allegations that haven't been disproven yet and, honestly, are more than likely 100% true). While the allegations didn't hurt this film's Box Office performance, it's hard to go back to the film and watch Spacey at this point (just like it is to go back and see him in American Beauty or The Usual Suspects, the latter of which is doubly-ruined because of Bryan Singer as well). Sure, Spacey is playing a nasty mobster here, too, which at least makes it palatable, but the movie would be better if someone else was in the villainous heavy role.

There are, however, a few solid actors in the mix that are great to watch. Although I think that Jamie Foxx's turn as the nasty gangster Bats is a tad over-the-top, a little too scenery-chewing for my tastes, it's hard to argue with the fact that he's having fun being such a nasty character. John Hamm, too, gets in a great turn as Buddy, another of the gangsters hired by Doc. Hamm gets to play a whole host of aspects to his character, from fun-loving guy, to romantic partner for his lover, Darling (Eiza Gonzalez), to nasty heavy when everything takes an awful turn in the late-third act. Hamm is easily the MVP of the movie, uniting all aspects of it and giving the film the needed gravitas to carry it to the finish.

Beyond the good acting game, though, is the composition of the movie as a whole. The story is, of course, a structure to hang a number of great action set pieces and, with Baby Driver, we have some truly awesome moments. The opening car chase is well executed and stunning to watch. It's followed by a fun opening title sequences that features baby dancing down the street to get coffee, and then dancing back, all with the great visual touches we expect from Wright. There are two more solid car chases (one of which strings a foot chases back and forth through the whole affair) plus a well choreographed shootout at the mid-point. It's all so well executed, so solidly put together, that you're often entranced and on the edge of your seat at the same time.

Sumptuous, honestly, is the best way to describe this film. It has a expertly curated soundtrack that weaves through the whole film. The fact that the lead character always has to listen to music means that every scene is scored by fantastic tunes, and everything in the movie is timed to the beats and breaks of these songs. Although the movie isn't as frenetically illustrated as Wright's Scott Pilgrim vs. the World, there is still enough visual flair, enough synced up style, to make this movie feel of-a-piece with the best of Wright's work. 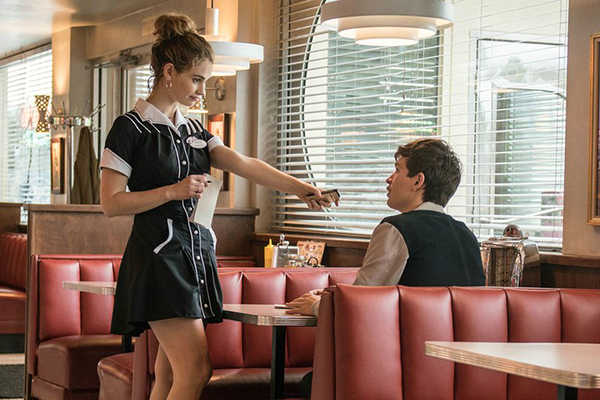 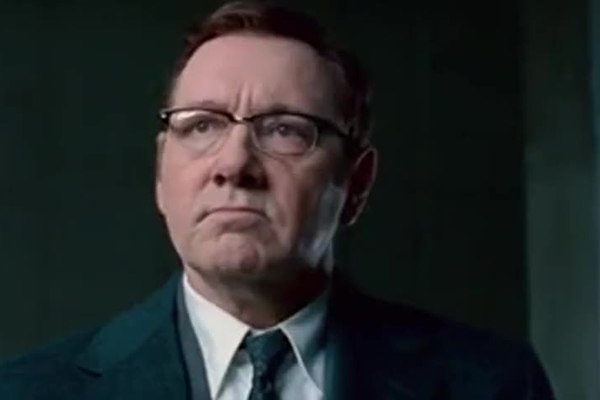 Really, when it comes to discussing Baby Driver (or any of Wright's work, really) it's hard to just tell you all about the film. Much of it has to be experienced to get the full symphony of sights and sounds in the movie. This film is among Wright's best works, funny and frenetic, stunning and saturated, all in equal measure. It's a film that will pick you up and carry you through its whole run time, never slowing or stopping and always treating you to something new and magical. Step into Baby Driver and be prepared as this movie while give you everything you want from an action movie and leave you satisfied by the time the credits roll.