Just When He Thought He Was Out...

The original John Wick is a singular beast, a tight, story-light, action film all about revenge. While any number of films like it have been made (before and since), few did it with the aplomb of this flick. And, usually, those films ended with the protagonist (if you can even call them that) dying at the end -- traditionally a hero could get their revenge, but the price they had to pay for it was their own life. John Wick broke the mold there, but in the process the film made it possible to have a sequel. 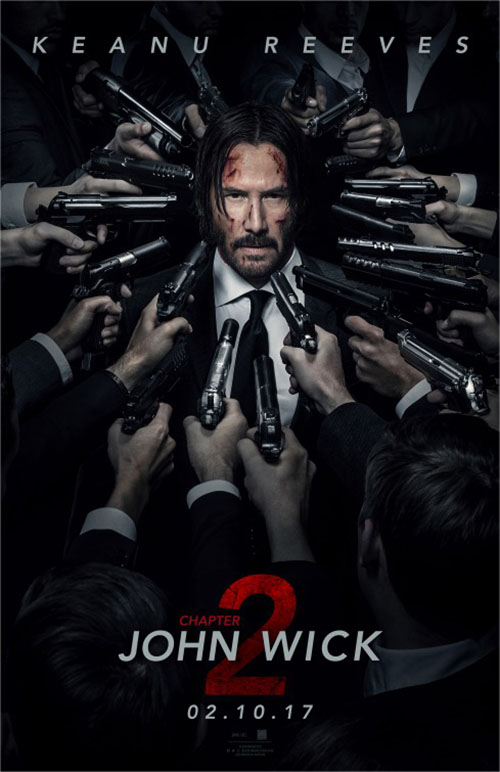 Where could a sequel go, though? Certainly trying to pull off the same story all over again wouldn't really work. How many times can a single guy go on a long quest of revenge? And what would his motivation be? Did they also kill his cat? Did they steal his mail? Did the IRS audit him? At a certain point the motivation necessary to get him to put on his guns and go hunting starts to see positively ludicrous. Some other story had to be applied to the character to get him to join the assassin fold once more, and John Wick: Chapter 2 thankfully realizes that. Instead of just giving us the same story it crafts something larger and deeper. Sadly, in the process, it does lose just a little of the magic that made the original film such a thrill ride.

In Chapter 2, we catch up with the Russian mob who are still recovering from the carnage that was wrought in the previous movie. Their original leader is dead and, for whatever reason, they still have John Wick's car. That, of course, summons the bogeyman himself, John Wick (Keanu Reeves), as he comes to collect. He cuts a hard swath through all the goons before finally getting his car back (although not in one piece, sadly). He then declares "peace," which is accepted, leaving the assassin to go back home to once again retire and leave his old life behind. Unfortunately for Wick, a past debt is still old. He once gave a marker to Santino D'Antonio (Riccardo Scamarcio), a mob boss with a desire for more power, and now that Wick has come back to the fold once, the boss considers the marker as "due". Now Wick has to kill the D'Antonio's sister (to free up her seat at the power-table) to fulfill the marker.

There's only one small problem: D'Antonio has no plan to let Wick return to his old life after. As soon as his sister is dead, D'Antonio puts a contract on Wick's head (because he killed family, and that's what family does). Now Wick has to fight his way past every other assassin coming for the contract, and find a way to end the feud with D'Antonio once and for all. It's another bloody round in this finely crafted criminal underworld.

At the outset, the second edition of the John Wick saga feels like the first. The whole opening section of Wick going to get his car is a finely crafted series of action set-pieces with Wick wrecking face all through the Russians' warehouse. It tightly focused with plenty of hard hits and gun-play, essentially everything you want out of a John Wick. Plus, with a healthy dose of exposition layered over the action, the film ensures we're caught up to speed without the intro feeling like a total info-dump. Very well done. 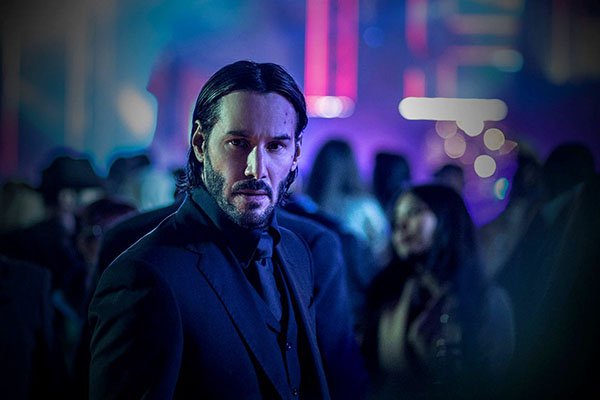 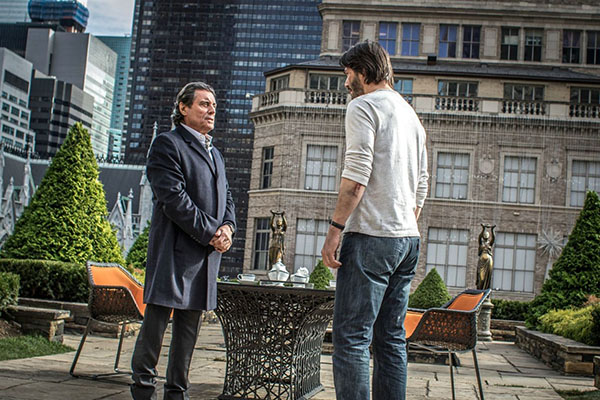 The problems with the film really begin once this first act is over and we get into the meat of the movie. The markers that are added to the mythos are fine and help to give another layer of shading to how this criminal underworld works. The problem is the guy holding the marker -- D'Antonio just isn't an interesting villain. Most of the characters in the series are nuanced and deep, hiding layers of emotion beneath the surface. Hell, even the petulant son of the Russian mobster in the first movie was at least relatable; he was a punk, to be sure, but you could understand him to a certain extent. D'Antonio, though, is a cartoon character plunked into the middle of nuanced world and treated like that makes perfectly logical sense.

With D'Antonio we have a character that isn't relatable. Worse, he's colored from the outset as fake and superficial, and obvious villain, like a snake lurking in human skin. It's obvious from the moment he steps into the movie that he's going to betray John Wick, which begs the question of while our hero would ever give a marker to someone like this in the first place. The movie tries to cover for this, literally having a character ask Wick that exact question, but it never comes up with a real answer to the question. That hurts the overall story because we never can figure out if these two are equals, what kind of power they might have over each other. We have so little investment in D'Antonio that we don't even care if he lives or dies. When it's obvious he's going to die, then the movie just becomes an exercise to get there.

Stand this in contrast with the story of the first film. A clear wrong is set out from the beginning -- people kill John Wick's dog and he takes it very personal. Here, John doesn't care about the mission he's given and even tries to refuse it (before being forced to take it because of the rules of the criminal underworld). Our character can't invest in his story, not like he did for his dog (or even his car), so while we still care if he lives or dies we don't necessarily care about how it all shakes out.

This puts us at a remove from the action then because we just can't invest in the movie. The action is once again superbly designed, with not just the opening sequence but also a shootout in an Italian tunnel and a all-out brawl in a museum to hold up with the massive club fight in the first movie. These are intricately staged, well designed and performed bouts of carnage and they work so well from a technical standpoint. It's just hard to care when there's nothing really drawing you into the movie. As much as I enjoyed the hard hits and great shooting, I was actually kind of bored by the end section of the movie. It felt like we'd already been here before, and last time I cared more about it. 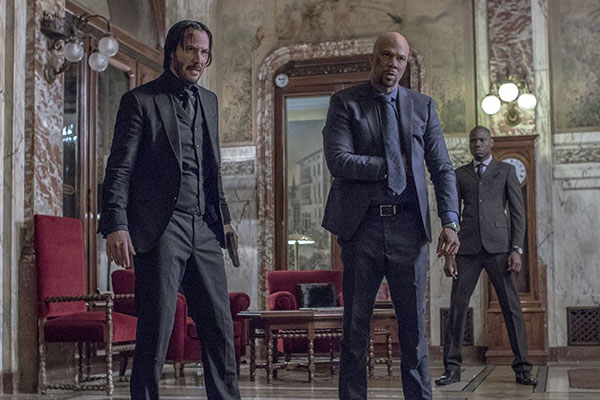 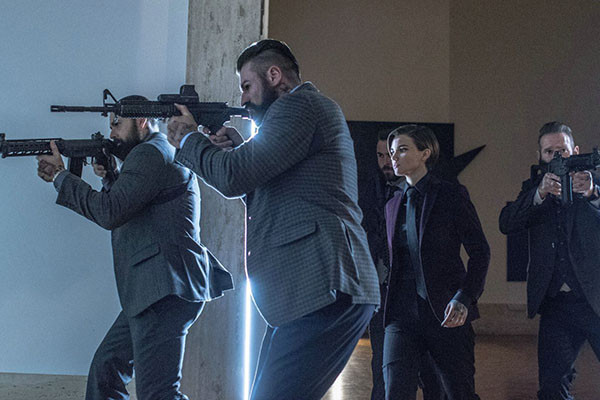 The one thing the film truly gets right is the criminal underworld lurking in this movie. There's a great montage as Wick equips up, visiting various supplies of weapons, armor, and blueprints, that feels so well thought out, so alive. This sequence is so good that I wish the rest of the film could have had this kind of energy. It's a high point for the film that the movie never comes close to duplicating again.

We know a third movie in the series is coming out and it should tie up the loose ends from this film (before, presumably, spinning out a whole new quest for the assassin to pursue). Meanwhile there are talks about setting up a TV series in the criminal underworld of these movies (The Continental). Of the two projects, I'm more excited for the series than another film. I will probably still enjoy the third film -- even this movie had its charms, make no mistake -- but the idea of going deep in this rich world of killers and suppliers seems so much more rewarding. Whatever they do, movie or shows, they need to find a way to make us invest in these stories; John Wick: Chapter 2 did not, and the film suffers for it.