Hollywood is not, traditionally, very good at writing about computers in general and hackers in particular. Lest we need a refresher on this, we can always go check out the movie Hackers which is laughably bad in every respect, but also truly terrible when dealing with the realm of computers. It's got terrible CGI computer scapes that the "hackers" travel through via VR. I mean, sure, watching a dude sit at a terminal for a few hours typing code isn't thrilling, but this movie goes too far in the other direction. 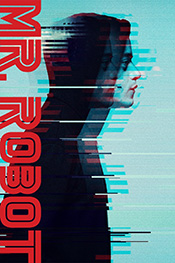 Needless to say, hearing about a show like Mr. Robot, a show that tries to take hacking seriously, left me expecting the worst. Surprisingly, there's not a VR goggle or CGI landscape in sight. However, there are still a few issues with the storytelling that do leave me with a bit of distaste about this show.

Let's start with what works: for starters, the computer use, coding, and technology (the "hacking") does seem to be on point. I will fully admit I'm not deep into that kinds of coding the characters on the show performs, so I can't tell you if what they do is for real or not. It certainly seems realistic enough (actual people sitting at consoles typing code without any of the Hollywood sprucing up you'd expect). Everything I read about the show says that the producers have tech people on staff to really go over what the characters do and find ways to pull it off (so they can reproduce it on the show). It might not be 100% realistic, but it's pretty darn close, especially for a TV show.

That said, some of the situations seem a bit far-fetched, especially in the most recent season. Certainly, with all we've seen about international agents spreading fake news and trying to take over elections, an international conspiracy plotline (as has been building over the series) is not outside the realm of possibility. The whole way it's done on the show, though, feels a tad cartoonish, like the producers really understand computers but they don't really get people. Small moments are played big in the story and big moments are scaled down, leaving some climactic moments adding up to less than they should, all with this dull sense of unreality to the proceedings.

I'm trying to avoid spoilers as this is a show with a lot of twists and turns in it. One of the earliest, though, I feel is worth discussing and spoiling (as it helps to illustrate the problems). At the start of the show, we have our main "hacker", Elliot (Rami Malek), as he joins up with a group of other hackers. These hackers include Darlene (Carly Chaikin) and a mysterious guy (Christian Slater). Almost from the first episode, I started questioning everything I was seeing because something felt off on the show, and soon enough I started to wonder if Christian Slater's character (who's eventually referred to as "Mr. Robot") even exists. And, within that first season, it's revealed that he doesn't and he's just an outward extension of Elliot's own spilt-personality delusions. 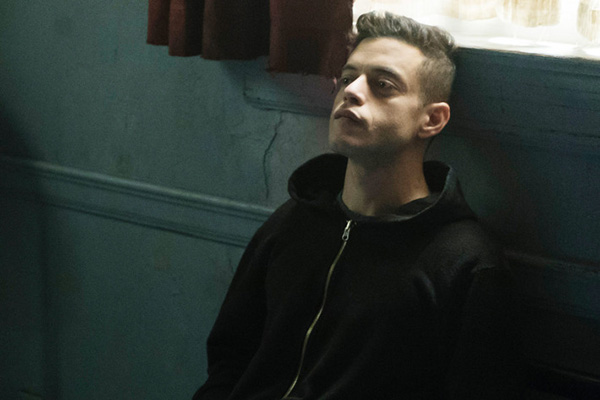 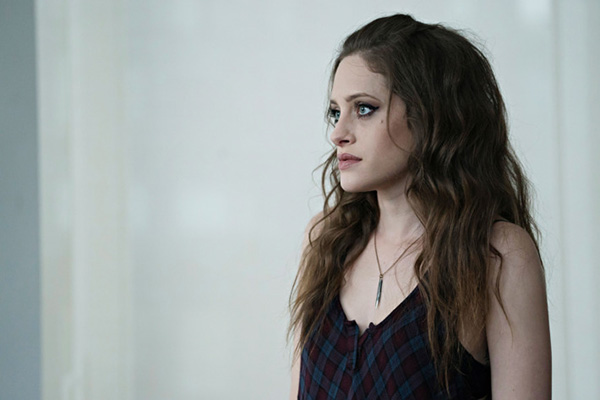 This twist bothered me first of all because we've already seen twists like this in other movies and shows. The most prominent twist of this type is in Fight Club where Brad Pitt's Tyler Durden is just an extension of Edward Norton's own character. Mr. Robot plays the twist out almost the same exact way, with someone trying to hit bottom at the same time they're working to bring the whole system down, only to have a change of conscience at the last second. Then they go to war with their other half. This whole plotline annoyed me because it just treads already well-trodden ground and doesn't really do anything new with the material.

It's also a big issue because once you establish an unreliable narrator, it allows the writers to throw whatever narrative twists they want into a show, no matter how much they make sense or add to the story. Thus we get a number of twists throughout season two and three that try to play with the whole "what is real" aspect, but since it's also trying to tell a serious story about the potential end of free-market civilization (from hacking, mind you), the two aspects are at odds. It hard to get invested in a serious plotline when you're never sure if it's real or not.

A "what is real" rug pull should be the climax of a story. It should kick off the last act of a narrative arc before we reach a satisfying conclusion (whether the hero lives or dies is irrelevant, we just need an ending). Mr. Robot, though, keeps playing it out, keeps trying to twist it, keeps wanting to make us guess, but it uses the same trick over and over again. You can do more than one twist in an ongoing series and make it work, but you have to use new twists each time (see: The Good Place). Mr. Robot doesn't reinvent, it just re-twists the same twist and it becomes so tiring.

I will fully admit that I didn't really have much of a desire to watch the third season of Mr. Robot. There were just too many narrative rug-pulls in second season that didn't add anything new or better to the show and I just felt so over it. The only reason I even picked up third season was simply because I saw it on a mega sale at Best Buy. For the stupid cheap price I found it, I figured I could give it one last try. Third season was at least an improvement over second, with a lot less twists and a lot more focus on the story. I didn't find it tiring in the same way I had the past seasons, and I made it through to the end finding a decent (if not fully satisfying) ending for the season. it was fine, and watchable, but I still don't think Mr. Robot is as great as other reviews seem to find it. 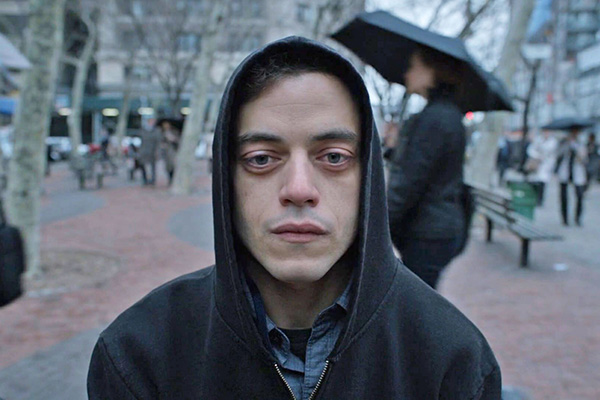 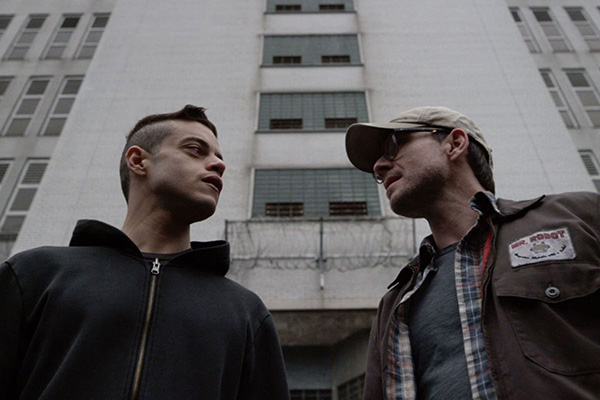 And that's sad, because the actors on the show are doing great work. I really dig Rami Malek's performance as he's doing great work in the troubled roll, anchoring the series. Chaikin doesn't get the greatest role in first season, but her character is fleshed out (after one of the many twists in the story) and the actress gets so much more to do, and a meatier role, moving forward. I even don't hate Christian Slater (despite how big a dick he apparently is in real life), as he even manages to subvert his usual "Slater Swagger" he normally brings to roles, delivering a much more human performance here (ironically enough). But they're wasted on a show that wants to care more about the computers and the twists than about the characters in the world.

Mr. Robot had the promise to be great, but after a few too many trips to the well, it's only just okay now. I might watch fourth season (once it's cheap at Best Buy), but I doubt I'm ever going to be a fan of the series.