I've been trying to come up with a way to discuss The Good Place for a while now. While normally I wouldn't worry too much about spoilers for a two-year-old show that I assume most people have either seen or at least had spoiled for them, as much enjoyment of the show like The Good Place comes from the discovery of where the plot is going as it does from the characters and the humor. The Good Place is a show built on a pretty good premise that's then built up with twists to the formula and story here and there that make the show more than its sitcom parts. To spoil it would ruin the enjoyment you could find from the series. 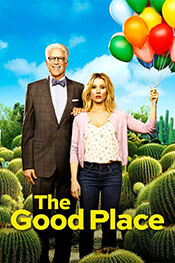 The problem with not saying anything about a show, though, is that it's really hard to review it. To actually give us something to talk about beyond me just saying, "it's good, so go watch it," over and over, let's at least ruin the first few minutes of the first episode and leave the other 25 episodes (so far) in a shadowy, spoiler-free realm you can experience on your own.

When we open in The Good Place, it's with our lead character, Eleanor Shellstrop (Kristen Bell) waking up in a happy little waiting room. She's taken into an office by Michael (Ted Danson), who will be her guide through this transition... as she's just died. Thankfully, as she's told, she was one of the good ones, a lawyer who fought for wrongly-convicted death row inmates, who went on hunger strikes, and who spent vacations in Africa helping the poor and unfortunate. She's made it into "The Good Place" where she can live, forever, happy. There's only one problem: she's not supposed to be here. Her name is, indeed, Eleanor Shellstrop, but everything else about her, all the stuff Michael says got her into "The Good Place", that all happened to someone else because Eleanor is a pretty terrible person. Thus, as the show progresses, we watch her try to figure out how to stay in "The Good Place" (and not go to "The Bad Place") and, in the process, maybe become a better person.

Despite being a show that's essentially about Heaven and Hell, The Good Place is a decidedly un-religious show. A passing nod is made towards religion at the very beginning of the first episode (as Michael says, just about every major religion got it about 5% right) and then it's never really brought up again. The Good Place is more concerned with creating its own mythology, its own path through the heady concepts of "Good", "Bad", and "The Afterlife", all while cracking a ton of jokes in the process.

That's the thing about the show: even if you discount the first twist that kicks off the show (and some of the other twists and turns that crop up as the series progresses), the show is a winner just by how funny it is. Headed by Michael Shur, who also helmed such fantastic series as Parks and Recreation and Brooklyn Nine-Nine, The Good Place is a witty, often hilarious show that constantly is cracking jokes and making you (well, me, anyway) laugh out loud. It could be a pretty rote show about Heaven and Hell without the twisty hook and I'm sure it would still be hilarious. 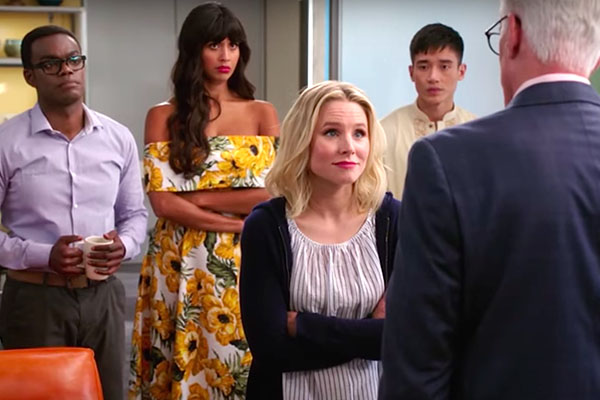 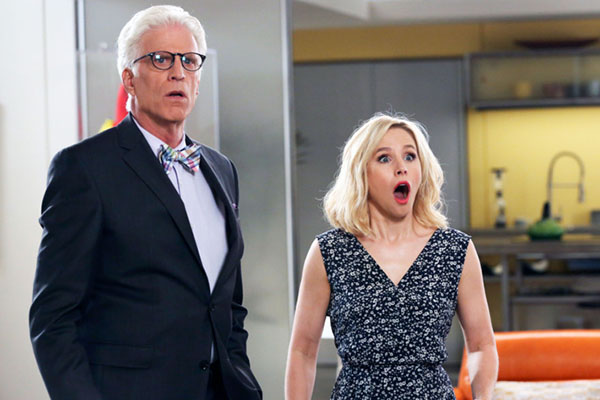 Credit is due to the cast for selling the material and improving upon the great writing with their performances. Kristen Bell plays the lead character, of course -- The Good Place is really about her journey more than any other character -- and she's an absolute winner in the role of Eleanor. With a different actress, Eleanor would be an absolute mess, one of the worst characters to grace TV. Bell's natural charisma, her ability to find the humor is the awful things she says, helps to sell her character. She's a diamond in the rough, a rogue with a heart of gold, and we end up invested in her story because Bell is so invested in the character.

As I'm going back through the series right now for a second time, I'm also impressed with William Jackson Harper, who plays Chidi Anagonye. Chidi was a professor of philosophy and ethics in life and he ends up becoming a kind of moral compass for Eleanor. He would otherwise be a dry character in the hands of most actors, but Harper invests him not other with warmth but a dry humor as well. He can show real emotion to what Eleanor does and then, with a pause and a sigh, comment on the situation from an outsider's perspective. Many of the big laughs in the series come just from his reactions as the straight-man in the comedy duo.

And, of course, we have to mention Ted Danson who gets one of the weirdest characters of his career with Michael. An "architect", it was Michael that built this particular neighborhood of "The Good Place", his first creation in his thousands-year-long career, and it's by his guidance that the neighborhood is a success or not. Michael isn't a human, though, so many of the things he see, or does, come from an decidedly other-worldly perspective. The character affords Danson plenty of opportunities to be weird, and goofy, and react strangely to common situations, but it also provide him with a lot a meaty story to play with, a deeper plotline for a character that could otherwise have just popped up, plays the principal to a bunch of souls (with one big misfit in the bunch), and call it a day. Danson is great in the role, seeming to relish every scene he's in.

The two seasons of The Good Place that are out right now are so easy to devour it'll make you wish there were more episodes out already. Each season is pretty short, clocking in at just 13 episodes. However, because there's a serialized story going on the whole time (and it's not just an "adventure of the day" sitcom), the shortened selection of episodes (down from the traditional 22 episodes of a U.S. TV season) ensures that the story is never dragged out. The series has its pace down and it keeps moving at a solid clip the whole time. 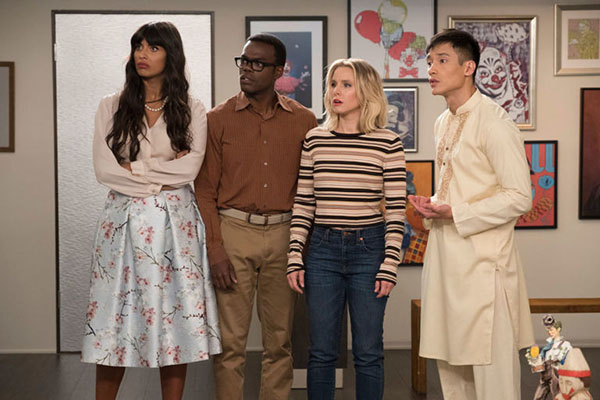 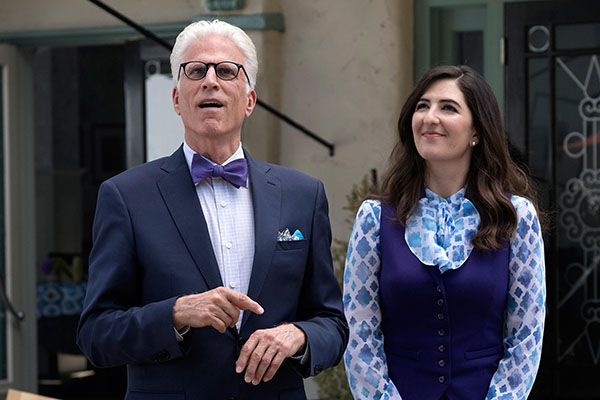 That's the great part about The Good Place: it's a funny show that doesn't linger for very long. Even after you've seen the full two seasons, as I have, you can go back and laugh and enjoy it all over again even once you know where the story is going. It's entertaining as well as well-plotted, a hilarious show that can make you laugh even on your second run-through.

Now let's hope season three starts up soon because I want to see what happens next for Eleanor and the gang.