Wormy Vampires Are Not Vampires

Those that know me know my love of the classic movie monsters -- vampires, werewolves, abominations of science and so forth. I mean, hell, I've run a Castlevania site for years and years now, always as a flimsy excuse for me to talk about the classic monster movies. Thus, any time some new vampire or werewolf story comes out, I have to give it a try. And so, years ago, I picked up the first novel in what would eventually be the series about "The Strain". 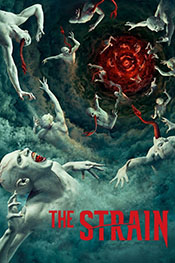 Titled, naturally, The Strain, the novel was by Chuck Hogan (who apparently has written a bunch of novels I've never read) and Guillermo del Toro (the visionary director behind the two Hellboy movies, Blade II, and The Shape of Water). The del Toro name alone was enough to get me interested, but I had to say that the novel itself didn't really grab me at all.

The story is about a master vampire (simply called "The Master" throughout the series) and his plan to come over to New York, spread his vampire sickness throughout the populace, and take over all the vital systems that help the city run so that he can be in control and rule the city. The people stopping him are an CDC epidemiologist, a rat catcher, and an old, Jewish pawnbroker. If those odds don't sound good, they weren't, and over the course of the book we witness their many failings in trying to stop the master before the cliffhanger ending that launched into the second part of the series (The Fall, which I didn't bother reading).

I will admit that the plot didn't thrill me all that much. Oh, the early going where we slowly see, from the perspective of the various people living in and around the city, the plague spreading was interesting. It felt like bargain basement The Stand, but I happen to really like the first half of The Stand (you know, before we're done exploring the virus and it becomes a lame fight between God and Satan), so I was okay with this story retreading the ground from a slightly different perspective. What I didn't like, though, were any of the characters. They all grated me the wrong way, and most of them just came off like assholes. Okay, sure, the rat catcher was halfway interesting as a character, a fish out of water among the vampires who seems to adapt better than anyone else, but I largely didn't care if anyone lived or died.

And then there were the vampires, which... well... just weren't vampires in my eyes. See, the strain (the vampiric virus) is spread by these little, infectious wormies that live in the vampires -- if they bite you, you get the worms. Once the worms, even just one, is in your system, they start multiplying and multiplying, over time readapting your body to be a better host for the virus. You lose your hair, you get pale, your organs change and mutate, and then your jaw develops a split in it while you grow this long proboscis that you would then use in lieu of traditional vampire fangs. Sure, you still attack and suck blood (via your new organ tube), but it just doesn't feel like vampires. It weird and gory and gross but it's not vampires. 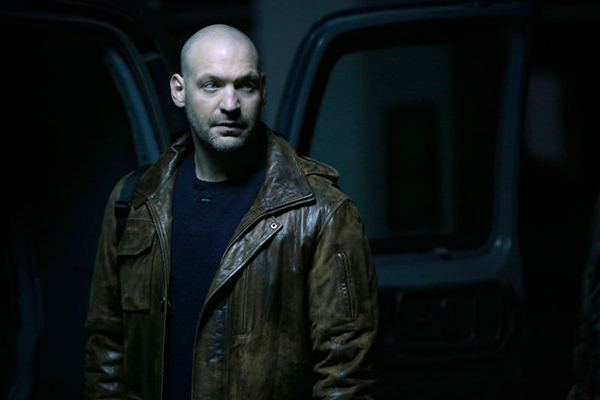 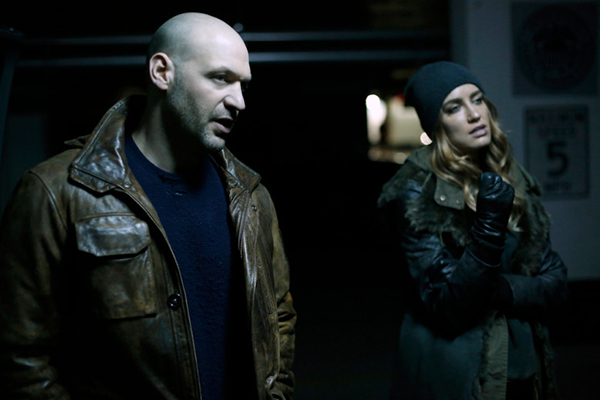 So the book turned me off. When the novels were adapted into a series, though, I elected to give it a try. The Strain, the series, suffers many of the same complaints I had with the book. These still don't really feel like vampires (if anything, they're more like an evolution of the super-vamp first created, by del Toro, for Blade II). I will say that I did like the characters better if only because the actors playing them made them more lively, more human. The character of Ephram Goodweather (which is one of the most fictional names I've ever seen outside of "Krovar the Destroyer") is a drunk, a lout, and cheating sot, and our main character who works for the CDC. Much of the book is from his perspective, but he never came together as a character for me, just a collection of "sins committed in the past" tropes stitched together to give a character a shaded background.

As played by Corey Stoll, though, Ephram actually seems real, someone for whom all those trope-ish background details come to life via pathos and soul. He's still not someone I actually like, but Stoll gives him heart and makes him into a real person. And it's that way for just about everyone in the series. David Bradley (of Harry Potter janitor fame) makes the pawnbroker, Abraham Setrakian, into a fun, cantankerous character. And the rat catcher, Vasiliy Fet (seriously, what is with these names?) is played with such larger-than-life charm by Kevin Durand.

If there's anyone in the series I just outright hated, though, it's Ephram's kid, Zack. I dunno if he's this bad in the books, but Zack is just such a whiney loser, a petulant, awful human being, who basically ruins everything. Not just every scene he's in, but everything:

In the third season (which, I think, lines up with the end of the second book), the team of heroes has the Master trapped and is about to finish everything, saving the world. Ephram, though, is caught in a tight spot -- his ex-wife had become a vampiric slave-done to the Master, had taken Zack (or, really, had shown up and Zack willingly went with her), and then had cornered Ephram later with Zack in tow. She attacks Eph (because she's a vampire), he defends himself and kills her (because she's a vampire) and Zack gets super mad at Eph for defending himself. So the kid grabs a detonator the Master had conveniently setup early, pushed the button, and sets off a nuke. Zack destroys the world (because this action that causes all the nations of the world to think a nuclear war has just started, so they all start nuking each other). Good job there, Zack. 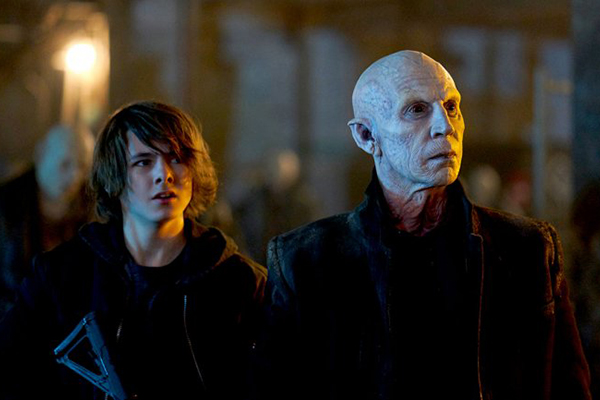 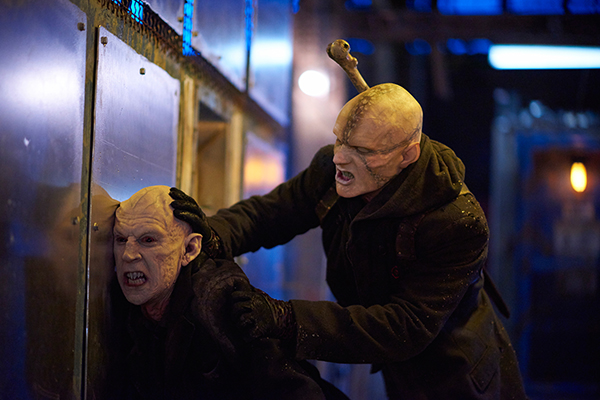 The big issue is that the series wants to be a lofty, post-apocalyptic exploration of the end days after the vampires win (and all the lead up to that), but it never gives us characters to care about (aside from Fet, the rat catcher). The series is grim dark, full of awful people, and the actors are left to try and make us care about people who, by and large, hero and villain, suck. Zack may be the worst, but no one on the show is very good.

Look, if you want to watch a weird take on vampires, one here they're all infectious and feed via tubes as if they were the world's most disgusting butterflies, then I guess The Strain is for you. I just know that even after watching four seasons of the show (somehow getting through the series start to finish), it never once became a show for me.