It's All in the Cards

As I have noted before, I am not a fan of the gross intestinal discharge that is Mel Gibson. He was, for a time, one of Hollywood's most bankable stars and those of us alive in that era didn't realize just how terrible of a person he really was until his drunk tirades (and police reports) started leaking out to the tabloids. His fall from grace was quick but, sadly, hasn't lasted long enough (as he's getting more and more films in Hollywood). Considering his views on women, people of color, the Jewish people, and many other subjects, it would have been perfectly acceptable to bury him out in some toxic waste dump, never to be seen nor heard from again. 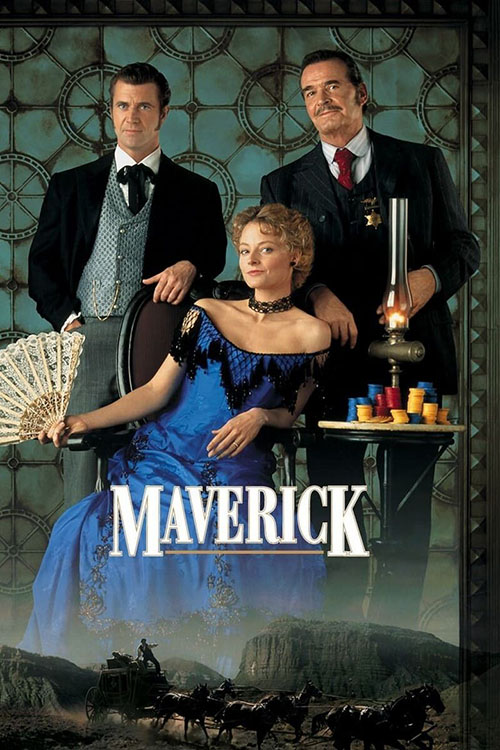 Because he was one of Hollywood's most bankable stars for a good decade, though, there are a lot of films that are tainted by the very presence of this soulless rectal boil in human form. Some of them, despite his mere presence, are actually quite watchable, such as the 1994 reboot / legacy sequel Maverick. Now, I'm not suggesting anyone watch this film -- it is still a Mel Gibson vehicle which means he'll get residuals payments from this movie -- but if you happen to find it on, well, it's a largely inoffensive way to spend an hour and a half.

If you aren't familiar with the original Maverick TV shows from way back (the 1950s and 1960s, primarily), that's no big deal as this film is (largely) standalone. It focuses on Bret Maverick (Gibson), con artist and gambler who is on a quest to get across country, collect 3 grand in debts that people owe him, and end up at a big poker game on a riverboat where the buy in is 25 large for a chance to win a cool half-mil. All e has to do is get that money... and then win the game.

Along the way he makes... well, not friendship but something approximating it with fellow con artist Annabelle Bransford (Jodie Foster) as well as sheriff Zane Cooper (James Garner). These two end up traveling with Maverick due to twists and turns of circumstance. He also ends up pursued by Angel (Alfred Molina), a card sharp and general ne'er-do-well, who wants Maverick dead (because Brett cheated him at one point earlier in the film). All so he can get to that game and, just maybe, pull off a bit of luck and wind up a rich man.

Based on the TV series of the same name, much of that episodic plotting ends up in the big screen adaptation of Maverick. While we always have the through line of Brett and Annabelle each trying to get to the big game, the film conveys its story through a series of smaller sequences. It's like a loose collection of sketches, each focusing on a character Maverick knows and some weird bit of hilarity that's about to ensue. It's not a tightly plotted film by any measure, but it does cruise along the way on wit and momentum. 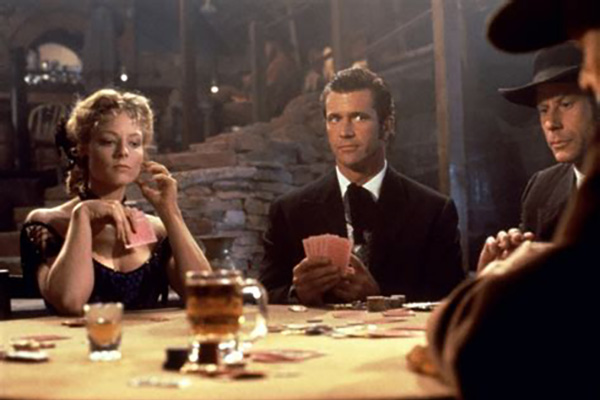 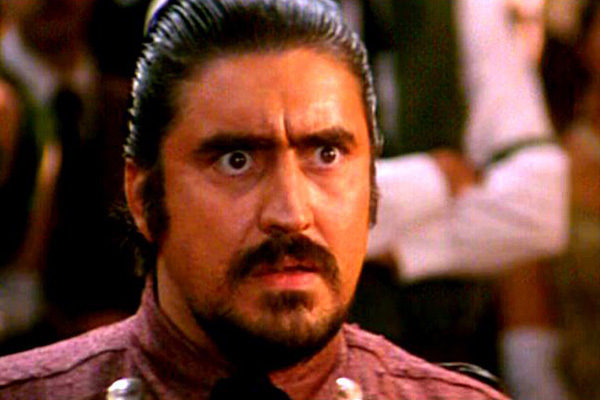 What works in the film are the characters around Maverick. The best is certainly Jodie Foster as Maverick's equal at the game of cons and cards, Annabelle. Foster plays the character with a delightfully wandering accent (which was intended and is called out by the film), a sparkle in her eye, and enough wit to steal all her scenes. There's a version of this film in the multiverse where Annabelle is the main character and everyone else circles around her and, frankly, I'd be on board to watch that film. As fun as this movie is, the Ms. Maverick movie that could have been sounds even better.

Also doing solid and amusing work is Garner. Garner was the lead of not only two seasons of the original Maverick but also recurred in The New Maverick and Young Maverick and then starred in the final continuation, Bret Maverick. He knows this series through and through and brought all his charms to his performance as "Cooper". Of course, he played the character (who is eventually revealed to be Gibson's Maverick's dad) as if he were the elder Maverick, and that's why it works. This film has his energy and feels like a proper continuation of the legacy.

What doesn't work, though, is Gibson. He's the lead of the movie, and there are times where he almost brings enough energy to the action scenes. Comedy, though, really doesn't work from him. There's a mean edge to it that makes Bret seem more nasty than funny. It's clear Gibson was hired for his A-list name and looks but, frankly, he just doesn't have the right charm to make his Bret the delightful central character that was needed. Something is missing and it holds the film back some.

On top of that, for a film all about poker Maverick is surprisingly unconcerned with actually giving us solid poker action. In fairness, this film came out before the big poker boom of the 2000s so its entirely possible the producers thought that showing long sequences of poker would be boring. Now, of course, there have been plenty of movies that have made watching gamblers gamble interesting and fun to watch. I think, if a new Maverick were to be made, we'd get something like an Old West Rounders and that would be a lot of fun to see. 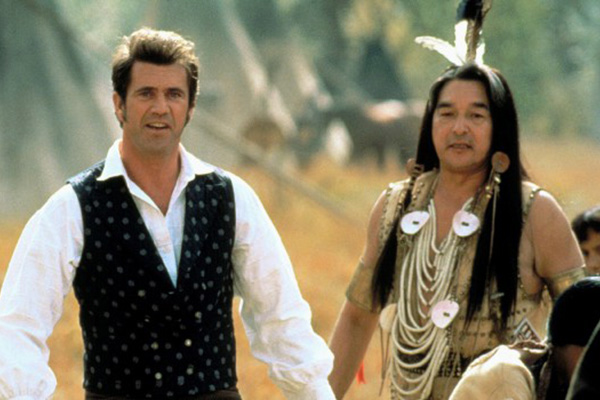 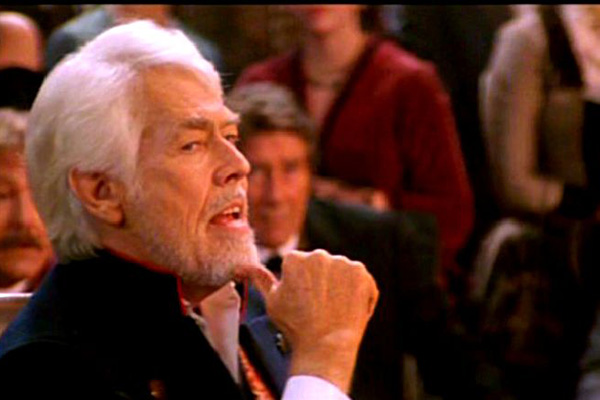 This film isn't bad. It's really quite watchable, especially whenever it lets Gibson lean on all the actors around him for fun. With that said, the leading man at the center of it all does leave a void the film wants to fill. There's fun to be had with Maverick and I didn't hate my time watching it despite Gibson. It would have been better without him, there is no doubt about it.

The best thing this film does is prove that the character of Maverick and his adventures could work on the big screen. Hopefully, at some point, we'll get a resurgence of the character done with a lead actor that isn't the human equivalent of liposuction runoff, just with less soul. Maybe someday.