I wouldn't have thought that Shane Black could be described as having a "controversial style", but then he writes the kind of films that get to my lizard brain sensibilities. Come up in the 1980s action boom, Black worked on scripts for a bit before getting picked up to write Lethal Weapon, the film that basically launched him as a name. He had style, essentially helping to form the whole buddy-cop action/comedy genre that was the de facto action film of that era. 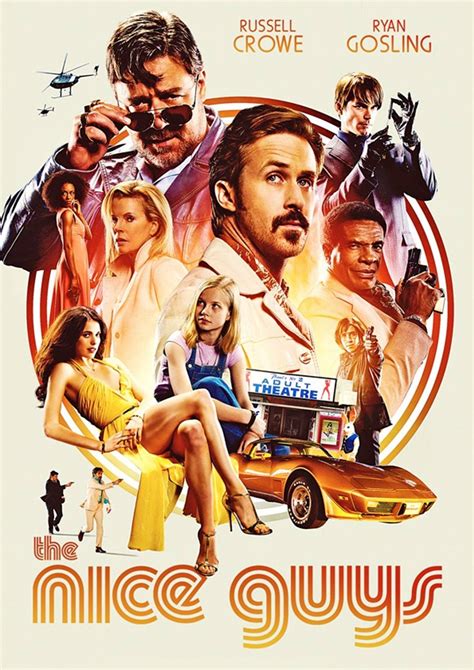 For a few years he had films that did decently well in theaters -- The Monster Squad, The Last Boy Scout -- but nothing that rose to Lethal Weapon's level (and he famously didn't want to do the sequel). And then, after the bomb of The Long Kiss Goodnight (which is actually really good), Black took a hiatus from Hollywood, not coming back until Kiss Kiss Bang Bang a decade later (which was also really good).

From all those films you can see Black's style: a bit of action, a bunch of comedy, led by a duo working a crime, and then some Christmas thrown in (Black really likes to juxtapose action against Christmas). Even his later works have, for the most part, hewed closely to that template. Iron Man 3 is at its best when its Tony Stark working alongside someone else. And then there's The Nice Guys, a 1970s-set mystery that is about as close to the Lethal Weapon formula as you can get without Riggs or Murtaugh starring in the film. It, too, is really good but it does also show the issue with Black: he really only has one story type and he'll work it over and over again. It works, but it's also very familiar at this point.

The film focuses on two characters: Holland March (Ryan Gosling), a down-on-his-luck, drunken detective, and Jackson Healy (Russell Crowe), a man who does violence for money, like a detective but without the license. They each end up stumbling into the same case via their different clients. That case involves a porn star, Misty Mountains (Murielle Telio), a case of mistaken identity with another girl, Amelia Kuttner (Margaret Qualley), and a couple of men that seem to want her dead. Jackson thinks March is one of those guys, so he attacks him, breaks his arm, and tells the detective to back off... right before they get drawn back together again. 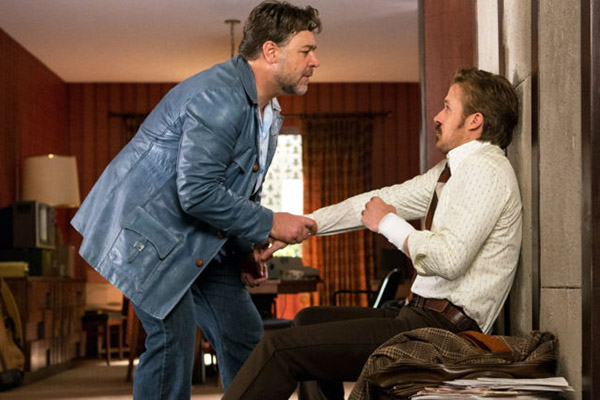 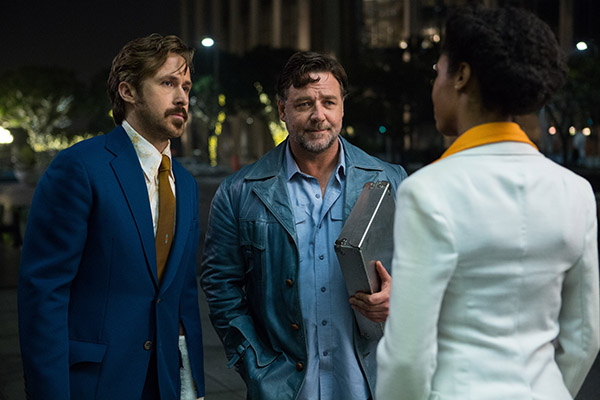 The Nice Guys lives and dies by it's cast, not just the two leads of Crowe and Gosling (I wonder if they were both hired because they have bird names) but also Angourie Rice as Holly March, the detective's daughter. The three play off each other, creating a delightful camaraderie for the cast. The chemistry between the three leads does make the film feel alive, their verbal sparring light and funny, keeping this film breezy and fun despite all the murders going on around them.

Having three leads, in effect, does help to change of Black's normal dynamic some. It's not just two guys relying on each other as things get more and more over the top around them, but a little girl as well aiding in their misadventures. And, thankfully, the film avoids making her a damsel the guys have to regularly save; she's usually doing her own saving, sometimes even coming to their aid in the process. That ensures that each character has their own agency in the film.

With that said, the characters don't really do much growth over the course of the film. March starts the film a drunken lout that struggles with his job and ends the film a drunken lout that had one good case and struggles, once again, to do his job. His daughter looks down on him the whole time and really doesn't change her opinion of him. Jackson, too, hardly changes his life or attitude at all. He gets guilted into not killing one guy by Holly, and then join with March to form a bigger detective agency, but it's hard to say that he really changed in any substantial way. This case was just a case to them but it doesn't really affect them in any substantial way.

Meanwhile, the villains of the film do the story no favors. They're a shadowy cabal that are committing these murders for reasons that don't really come out until the last act of the film. This becomes a major issue, though, because they're so shadowy we don't really have anyone to root against. We have a couple of hitters, Eddie (Keith David) and Blueface (Beau Knapp), but these are thinly sketched characters with single personality traits. The real assassin for the cartel, John Boy, wastes the charismatic Matt Bomer on a one-note role that doesn't pay to his strengths at all. And the rest of the cabal is hardly seen. It doesn't really work. 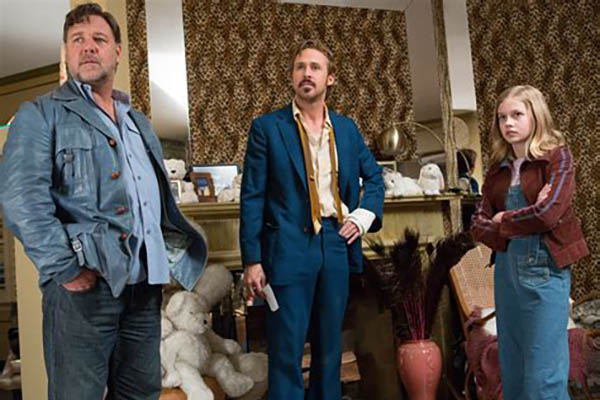 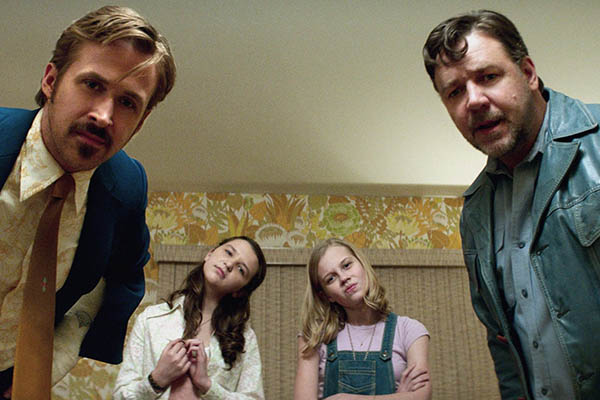 It's frankly amazing that the story works as well as it does, and that's entirely down to Black's lithe writing. The mystery has a few decent twists and turns despite the characters, but it's the humor more than the crime story that carries this. Despite the shallow plot there are enough zingers and running jokes that let the humor of the film shine. It's a very funny movie, and you enjoy the amiable characters, watching them go about their lives. It works just because Black knows how to write dialogue and let the characters feel real as they spout off funny lines.

It's not a deep movie, or a particularly fresh one, but it does have enough moments that let The Nice Guys shine. It's basically a Lethal Weapon without the branding, and it works on that front. Anyone hoping for something deeper from the story, with characters that actually went through arcs, though, was looking in the wrong place.