There's a right way and a wrong way to do a sports movie. For all the credit reviewers gave to Moneyball and how it managed to make sabermetrics in baseball digestible for general audiences, that flick isn't a very good baseball film. It wants to be, trying to get you to cheer for the Oakland A's, but it puts so little emphasis on the actual baseball that when the team wins you don't really feel it. It's dry and reserved, just like the math the characters endless talk about as they walk around. You know, naturally Aaron SorkinA multiple award winner, Golden Globes and Academy Awards among others, Aaron Sorkin is thought by some to be one of the great screen writers of his time.. 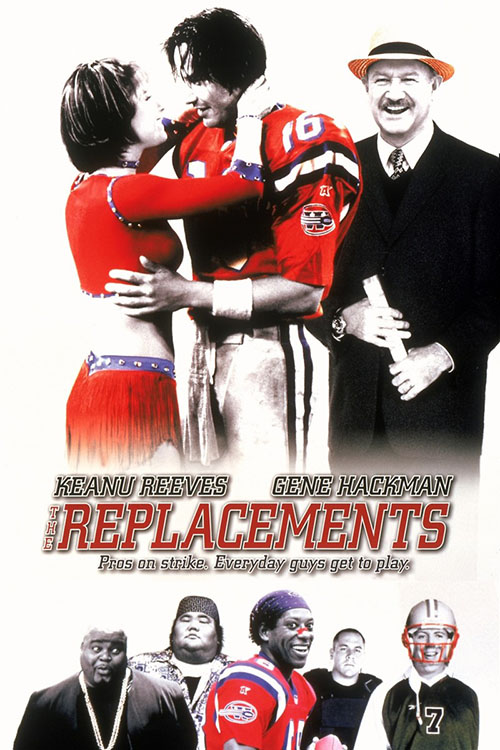 I thought about that a fair bit while watching through The Replacements. This film, from 2000, is a comedy where Moneyball is a drama. Different sports, different genres, different approaches to their subjects. And yet, they both play with a similar idea: how can you take a losing team of losers and turn them into a winning team of misfit toys made right? For Moneyball that was math and it was as dry and analytical as he subject matter. The Replacements, though, goes broad and fun and somehow, in the process, gets you to feel like you're actually watching some football. Who knew the dinky 2000 comedy would handle sports filming better?

The movie is a ratty little thing, honestly. When all the players in professional football (not the NFL, mind you, because this is an unlicensed film) walk out on strike, Washington Sentinels owner Edward O'Neil (Jack Warden) does the math and realizes that, even with replacement players on the team (you know, strike breakers, scabs, etc.) his team might have a shot at getting to the playoffs. He'd just need a coach brilliant enough to pull off that crazy plan. Thus he calls in his old buddy Jimmy McGinty (Gene Hackman) to run the team anyway he wants and get those wins.

McGinty thus brings in a big bunch of weirdos and losers -- fastest runner (that catch catch) Clifford Franklin (Orlando Jones), bouncers Jamal (Faizon Love) and Andre (Michael Taliferro) Jackson, sumo wrestler Jumbo Fumiko (Ace Yonamine), Welch footballer Nigel Gruff (Rhys Ifans), and more -- to make up a fun bunch of players on the team. Lead by washed up college player Shane Falco (Keanu Reeves), this bunch of has-beens and never-weres might just be what the Sentinels need to go all the way. At least for four games.

Let's be clear, The Replacements is a sloppy movie. As far as it's "rags to riches" story, it's pretty clear how the movie is going to play out. With only four games for these players, and nothing for them to look forward to in football once these games are over, the replacement players are clearly going to win just enough to be able to walk away feeling like winners. If they didn't then the whole feel good vibe of the film would fall apart. Sure, the film tries to mix it up a little at the end to make you think they might not get their wins, but this is not that kind of movie. 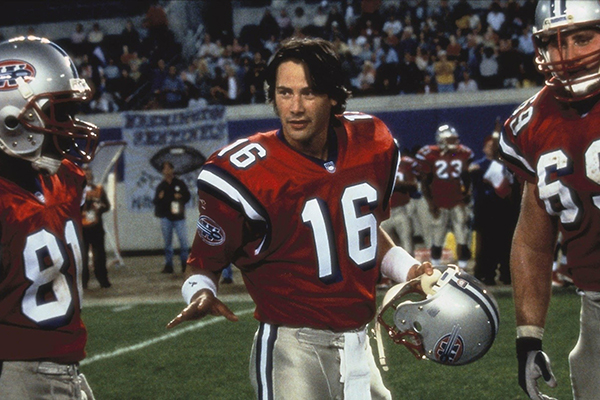 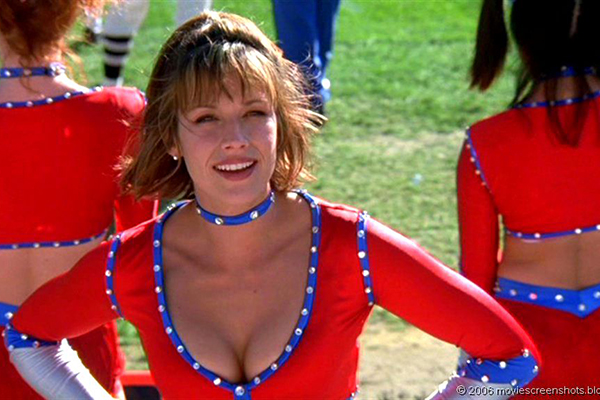 The only person that has a real arc in the film is Keanu's Shane Falco. He was a promising player that, years ago at the Sugar Bowl, completely crumbled under the pressure, with his team losing that game 0-45. Since then he's stayed away from football, the guy that can't take the pressure. These four games are his redemption arc, his chance to prove he can play, and do it under pressure... and just maybe get the girl (the head cheerleader, played by Brooke Langton) in the process. Keanu plays it well, and the film works with him in the lead, but even his arc is pretty shallow, following an expected formula.

And yet, it's all very fun. While all the characters might just be walking jokes they're well played jokes. Orlando Jones does what he can with his underwritten Clifford Franklin. Of course, he's a very funny guy and can sell just about anything... and does. The same goes for Jon Favreau as violent cop (and football player) Danny Bateman. His character has basically nothing to him except that he likes to tackle people, but Favreau makes the character work. In fairness to the script, it was written to be an assemblage of jokes, and the actors cast make it work really well. Comedians doing comedy things, who knew?

The best part of the film, though, is that it actually invests in the football. We get plenty of scenes of the characters, on the field, actually playing. There's big hits, big plays, and enough actual football on the field to make you actually think you're watching a football movie. We don't get anything close to a whole game, just a few scenes at each of the four games "played", but it's enough to get you to feel like you actually saw how they played. It's earned, in essence, in a way Moneyball never managed. 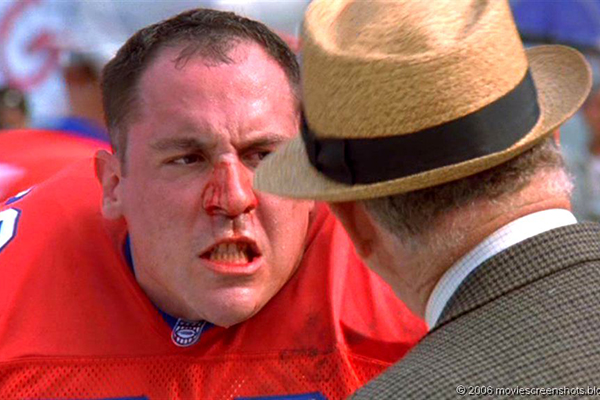 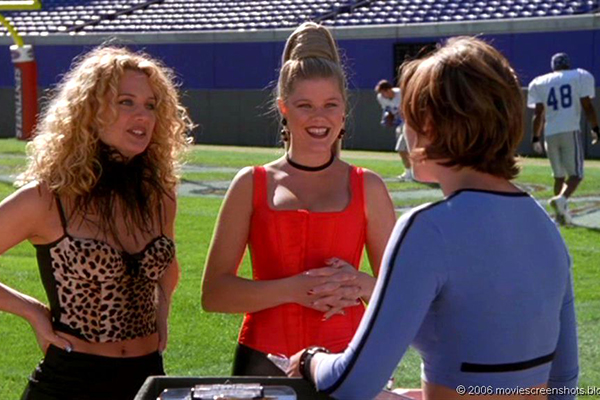 The Replacements is a silly, shallow film that doesn't really have any surprises in its story or twists to follow. It's a linear, generic, rags to riches flick elevated by funny jokes and a game cast. It gets just enough right to be watchable and it's fun enough that you can pop it on, settle in, and just groove with the film. It's popcorn, through and through, but sometimes that's all you want.

Certainly I've watched this film more times than I can remember, and I doubt I'll ever go back to watch Moneyball again. Maybe The Replacements isn't good, but it is the more enjoyable film of the two.