Slip Right In to My Life

I am a big fan of Karen Gilan. As someone that's watched a lot of Doctor WhoThe longest running sci-fi franchise (at least in terms of sheer seasons), Doctor Who has seen cancelations, relaunches, and reboots, but the core of the series remains the same: a madman in a box traveling through time and space., especially in the "New-Who" era, I have grown to like many of the actors that have participated in that franchise. Matt Smith's 11th Doctor is my favorite from the cast so far, and that's not just because of Matt Smith's performance, or the stories he was given, but also because of his companions. Gilan's Amy Pond is a great character played so well by the actress. 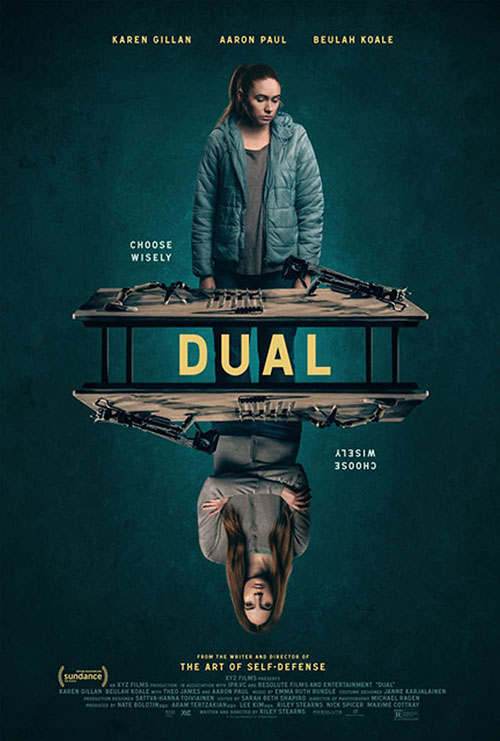 I generally keep an eye out for other works she's starred in, not just Guardians of the Galaxy and its sequels, but also the solid ghost flick Oculus, the only watchable because she was in it actioner Gunpowder Milkshake, and more. Hear she was going to be in a strange indie action film where she had to fight a clone of herself, that seemed like just the right kind of flick to check out once it was available.

The film is a weird showcase for Gilan's talents. She's a very charismatic actress who, due to performances like Nebula in the Marvel Cinematic UniverseWhen it first began in 2008 with a little film called Iron Man no one suspected the empire that would follow. Superhero movies in the past, especially those not featuring either Batman or Superman, were usually terrible. And yet, Iron Man would lead to a long series of successful films, launching the most successful cinema brand in history: the Marvel Cinematic Universe., has started to drift away from her "it girl" moment. She's got range and depth, but none of that is particularly on display here in Dual. Instead, she, and most of the other actors in the film, seem to exist in a land of little emotion and stilted speech. A future that's very grey and very reserved, even if it doesn't otherwise seem that different from our present. It's an odd and bizarre film, which is only heightened by the story it tells.

Dual is a dark comedy that keeps its humor deep on the down-low. We meet Gilan's Sarah first when she's ordering a giant heap of food from a Mexican drive-thru, before going home to pound it and a bottle of liquor. Her boyfriend, Peter (Beulah Koale), has been off at a remote job for weeks, with weeks more until he's back home, and Sarah clearly feels like they're drifting apart. This is only made more clear when she suddenly starts puking up blood, ending up at the hospital, and peter not only doesn't come to visit but hardly seems concerned about her at all.

Things change for Sarah, though, once her doctor informs her that she's dying. She has some kind of rare, incurable stomach disease that will absolutely kill her, no questions asked, with only a two-percent margin of error. Because of this, Sarah decides to get a Replacement, a clone made from her own DNA that she can train to be just like her, leaving a copy of herself behind when Sarah dies. And then ten months go past, with Sarah's Double worming her way into Sarah's life, living it better than Sarah does. During a check up, her doctor reveals that Sarah is part of the lucky two percent and isn't dying (hurray?), but Sarah's Double doesn't want to get recalled, so she applies for permanent life. This forces her, and Sarah, into a duel between the duals with only one allowed to leave the fight to the death. 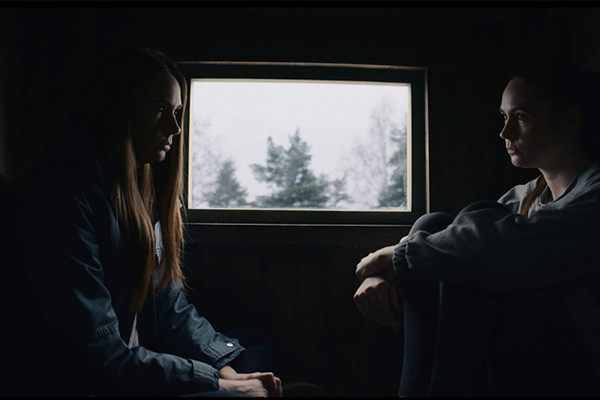 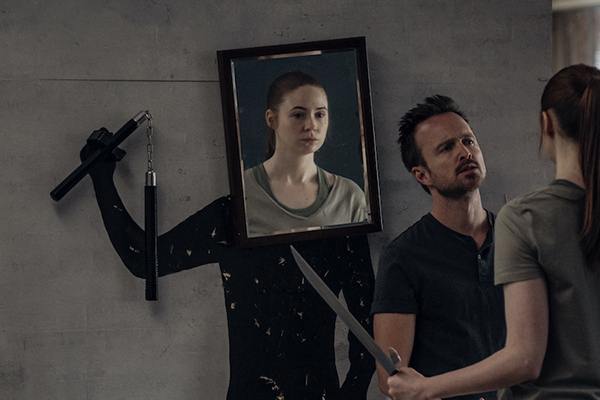 Dual is a tale of the absurd. You could absolutely see this film, in the hands of a different director, being a straight up, laugh-riot, black comedy. Instead it has that edge of humor to it even as it courts a more subdued and bleaker tone. Written and directed by Riley Stearns, the film wants to play with both the horror and the humor of the situation. It's an odd tone to take even before Strearns's director style sets in.

What's amusing is that no one in the film really acts like a real person other than Sarah's Double. Most of them, Sarah especially, are dull, drab, subdued characters that don't show much emotion. They all talk in an odd, stilted manner very unlike normal humans. It's like they're robots, going through their lives until they die. That was clearly the point because once Sarah's Double comes along the contrast between them and her is night and day. She's bright and vibrant, at least for a time (before life gets her down too), experiencing everything as its fresh and new. She gets to be a happy character while everyone else is robotic.

The film is using this as a commentary, clearly, about how life gets you down. Sarah's Double is new so she gets to be vibrant. Sarah loses everything in her life that she cares about to her double, and then when she's at her lowest she finds a way to rebuild herself, slowly becoming a real person. In a way the two change, with her Double becoming beaten down like Sarah while the original finds the bright and vibrant new life she wanted. If only there wasn't a duel to the death waiting for both of them at the end of the film.

We know this duel has to happen, in some form. Not only are we told time and again that it's mandated (and broadcast like a competitive sport) but we're also shown, at the start of the film, one of these duels. This one takes place between Robert Michaels and his double (both played by Theo James), and the emotional toll of this event changes everyone involved. Double or not, this government mandated event changes you, brings you down into the muted grey world that everyone else lives in. It's bleak, to say the least. 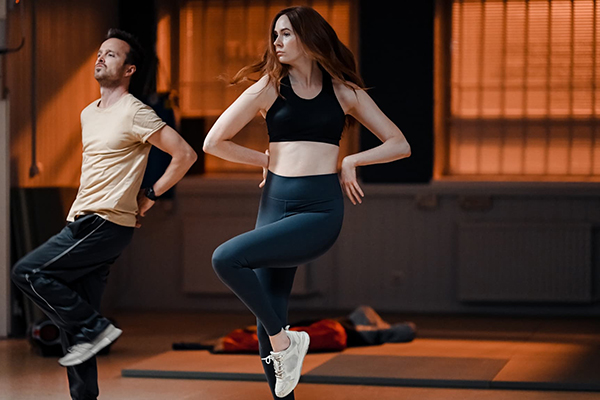 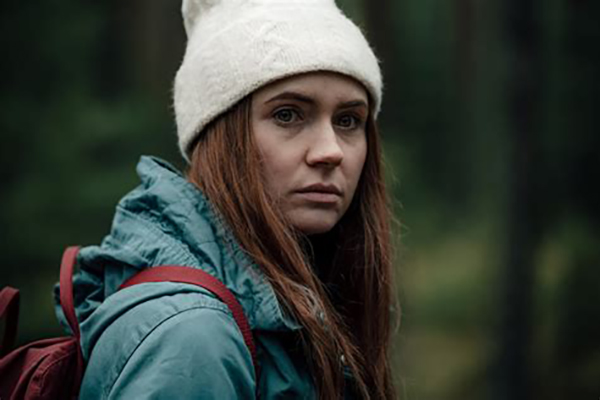 If there's any flaw with the film it's that it spends so long on original Sarah that we never really view the Double as a true character. There's some coyness about the events of the duel, a potential bait and switch that could happen, but the film never really asks you to invest in the double. It wants you to follow Sarah as she builds her life up, which is fine, but more for the double could have made the duel feel that much more dangerous, and the results of which that much more gut-wrenching. The film doesn't mine quite enough drama from the last act, leaving it feels a little stilted and weird.

But then, stilted and weird is this entire film's modus operandi so maybe that was intentional. It's a solid, if weird, film that certainly gets into the strangeness of its conceit. It'll stick with you for a while, for sure, but whether you'd ever want to watch it again is another matter altogether. I liked it well enough but this isn't a film I will want to revisit any time soon.