A Bad Detective On a Bad Beat

Last year I wrote about Bosch, a cop show based on a series of books from author Michael Connelly. That series was okay. Nothing about it was bad, and it was a perfectly consumable police detective show. It presented itself as a "prestige drama" but it's writing (and, honestly, acting) never quite rose to that level. It came in, did its job, and then left each season, leaving just a faint memory of, "oh, right, I watched this thing." 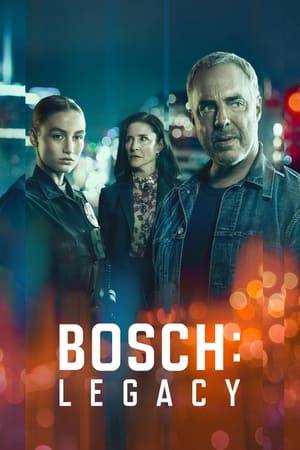 Amazon must have had faith that there were plenty of fans of the show that wanted to keep watching the series even after the main show ended. Once Bosch was over plans were announced to continue the series through spin-off/sequel Bosch: Legacy. That series would pick up after the events of the previous show, continuing on the story of its lead as he started a new live as retired cop turned private investigator. Considering this is what happened in the books, this transition made plenty of sense, for sure.

Curiously, though, while the original series was streamed on Amazon PrimeWhile Netflix might be the largest streaming seervice right now, other major contenders have come into the game. One of the biggest, and best funded, is Amazon Prime, the streaming-service add-on packing with free delivery and all kinds of other perks Amazon gives its members. And, with the backing of its corporate parent, this streaming service very well could become the market leader., this new series has moved over the Amazon-owned Freevee, it's ad-supported streaming service (that used to be called IMBd TV). The favorable thought is that Amazon wanted to move one of its reliable players to its burgeoning streaming service to try and help build that collection. Despite this, though, the show is still available also on Amazon Prime (just via the built in, ad0supported Freevee channel within), so if you have the Amazon app (and just haven't had enough Bosch in your life, somehow) you can catch this show as well. Just, yes, there are ads (which royally sucks).

The new show finds Bosch (still played by Titus Welliver) working as a P.I. while his daughter, Maddie (Madison Lintz), starts her career as a police officer over in the Hollywood division of the LAPD. Also along for the ride is defense attorney Honey Chandler (Mimi Rogers). These three characters were linked at the end of the last season of the parent show when a killer was sent by corrupt businessman Carl Rogers (Michael Rose) to kill both Honey and Maddie. This season opens with the end of his case, with a hung jury and Rogers walking free. This leads Chandler and Bosch to plan next steps to bring Rogers down.

While that goes on, Bosch also has to handle another big case. Billionaire Whitney Vance (William Devane) hies the P.I. to look into the possibility he might have had an heir 70 years ago. Now on his death bed, Whitney wants to make amends for the family he might have left behind, although the higher-ups at Whitney Aerospace would love nothing more than to get rid of any possible heirs... permanently. And while that goes on, Maddie stumbles onto the case of a rapist going around, attacking women in Thai Town, and she gets embroiled in trying to catch the creep. 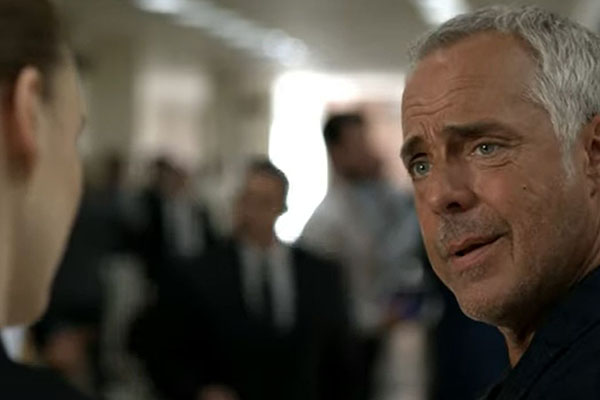 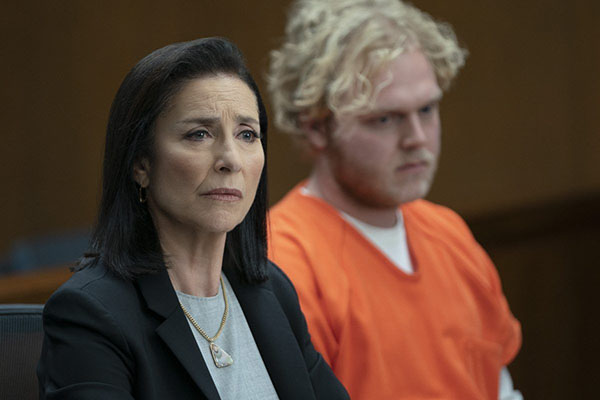 A kind defense of the show is that it doesn't lack for story. This season tries to give each of its leads -- Bosch, Honey, and Maddie -- a story to follow. This creates a lot that goes on over the course of the season but it does lead to a split focus among all the tales. Where previous seasons in the parent show would have one, maybe two main stories (with just a smattering of C-plots at best), this season it feels like the show is struggling to determine which story is most important, which story actually is the "main" story of the season.

Considering Bosch is the lead character (the titular character), it's hard to think of anything other than his stories as the "important" ones. I like the idea that we can get three different perspectives on the show -- Law (lawyers), Order (cops), and... Something Else (private investigators), but in practice the parts of the show that don't feature Bosch don't have the same weight to them. The show wants us to care, and spends a lot of time on these stories, but they just don't work as well as Bosch's cases.

A large part of that is due to the fact that the actors around Welliver just aren't as interesting as Bosch. The parent show gave Bosch a team of cops to work with, and solid actors to boot. Here, the carry over leads just aren't as cool as who we had before. I like Rogers as Chandler but show struggles to make her cases feel particularly relevant (even as it tackles some "important" topics). Meanwhile, Lintz is just absolutely boring as Maddie. She's a very stoic actress who barely seems to emote at all. You want to be able to relate to Maddie as she goes through training and becomes a cop but it's hard to care when Lintz gives nothing to her performance.

Some legacy characters do make cameos and that's great. I appreciated having appearances from Gregory Scott Cummins's Crate, Troy Evans's Barrel, Jamie Hector's J. Edgar, and Scott Klace's Mank, but their appearances only stand to make anyone new in the case (and the other returning leads) seem less charismatic by comparison. A better show would have been built around these retired characters, going off and running an agency together (like a retired Charlie's Angels or something), but Bosch: Legacy doesn't really rise to that level of creativity. 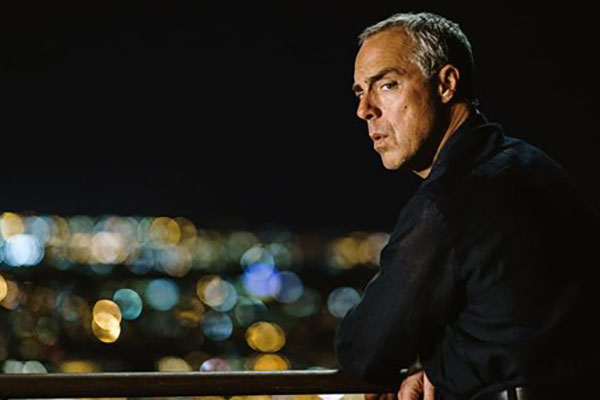 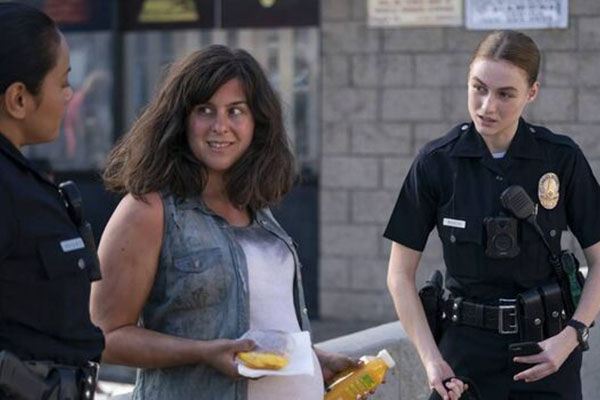 Welliver has gone on the record saying that Bosch: Legacy feels like Bosch: Season 8, and I get the reason he says that. This show picks up with the characters and continues the main progression from the old show. It really didn't need to change its name (or add on newer, much more terrible opening credits) to just go on existing. With that being said, the unintended meaning of what Welliver stated is that, as the eighth season of the show it's hard to ignore the signs that this series is running out of steam. There's some magic missing from this show, some spark that was present (even at least a little) in the previous seasons.

Whether you view this show as a spin-off, a sequel, or just the next season of the parent show, what you're likely to think is that Bosch: Legacy is a pale continuation of the previous series. The characters are here but the spark is missing. Bosch was never must watch TV but this series squanders what good will it had an a meager, second-rate set of stories that hardly keep viewers' attention. It's nice to have Bosch around but, man, I wish this season could have given the solid lead something real to do. Maybe next time?