Love In the Wrong Order

As I have noted before on this site (any time I find a time travel tale to talk about) I really like time travel stories. I think they can be quite interesting, both as an exploration of the concepts of time travel as well as a study on the story itself. What does the traveler experience, what is the point to their journeys, and why are they traveling? These ideas can make a good time travel tale solidly enjoyable, although a story that doesn't explore these ideas can make its central conceit feel trite and pointless. 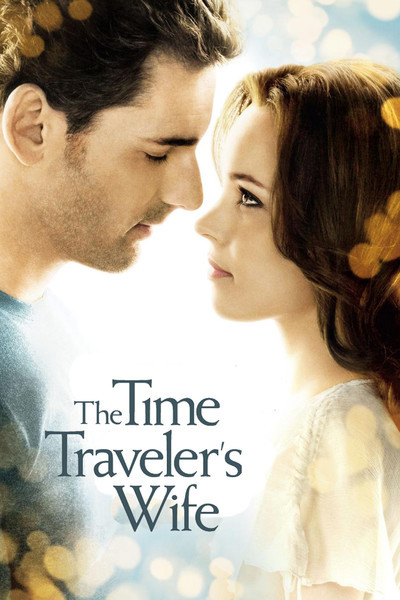 When it came out I did pick up a copy of Audrey Niffenegger's The Time Traveler's Wife, a novel following two lead characters -- Henry DeTamble, a time traveler, and Clare Abshire, who would one day become his wife -- as they linked in and around each other in big looping whorls through time. It was an interesting book (although I don't have it any longer as I think it wandered off with an ex) but not one that I ever felt the need to revisit. When the movie adaptation was announced it had already been long enough (the book came out in 2003, the movie in 2009) that any interest I had in the story had waned. The critical reception of the film, meanwhile, was bad enough that I stayed far away.

However, with HBOThe oldest and longer-running cable subscription service, HBO provides entertainment in the force of licensed movies along with a huge slate of original programming, giving it the luster of the premiere cable service. producing a new The Time Traveler's Wife adaptation, this time as a mini-series, it did seem like I needed to revisit the story, in some form, to discuss it for the site. As such I finally dug up the movie so I could give it a watch. And yes, the movie isn't great. Clocking in at just under 110 minutes the film feels rushed, forced to cram in a lengthy and detailed story into a short run-time, which leaves a lot of the rich characters beats on the cutting room floor. Game actors, and decent production values, sadly can't save an otherwise mediocre version of this tale.

The movie first introduces us to Henry (Eric Bana), our time traveler. He first found himself traveling when he was 8, making his first jump when he watched his mother die in a car wreck. From that point forward he finds himself jumping, at random and with no control as to the why or when, to various points along his own timeline (and the timelines of those he cares about). Usually he sticks to his own life, although sometimes he bounces a little further back, or further forward, so he can see family members. Always, though, there's a connection to his life, his experiences, the people he loves, that draw his travels along.

Things shift for Henry when he meets Clare Abshire (Rachel McAdams) at the library where he works. For him this is their first meeting although for Claire they'd already met over 100 times, from when she was 6 onwards. He's show up on random days, our in the woods behind her family home, and the two would chat and play checkers and otherwise remain platonic friends. Deep down, though, Claire knew something was off and eventually figured out she was married to Henry at some point in the future. This motivates her to wait for him, to find him when they're on the same part of the timeline, all so they can get married and be happy together. But Henry's jumps put a strain on their relationship. The question is whether love can survive such absence. 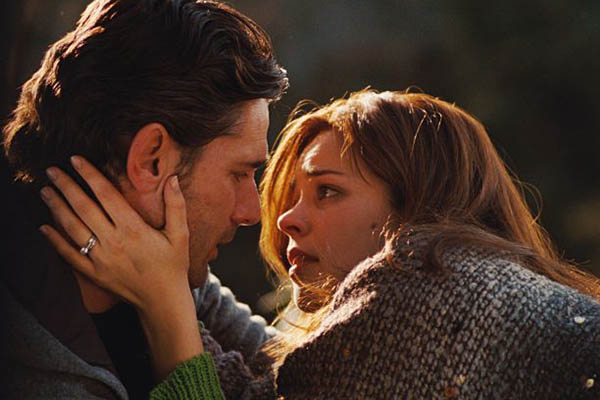 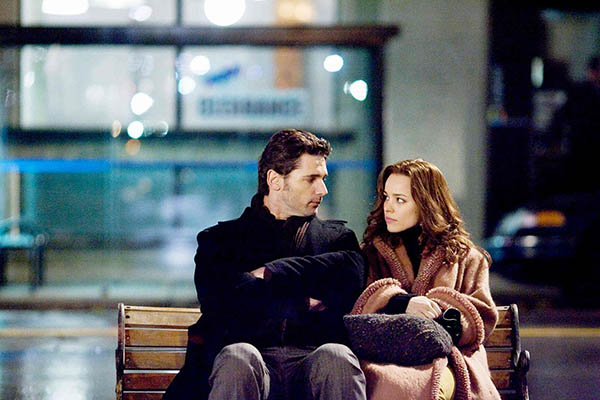 Originally written as a way to work through her own breakups, Niffenegger's novel deals with the tragedy of love and longing. It starts off with the beats of a grand, and happy, romance, but the darkness slowly leaks in as, more and more, they realize that some kind of tragic end is headed for Henry. They know something bad will happen to him one day (as hints slowly creep in during his jumps), and this casts a dark tinge to their future together. This, coupled with his own regular time jumps, puts a lot of "absence" into their love and longing for each other.

The book did a much better job of exploring all this, of course, because it had hundreds of pages to show the jumps while devoting chapters to each character's perspective. The movie doesn't really have that same kind of depth and, in fact, seems to lack much depth at all. While it wants make itself out as a light romantic drama, the realities of the story, and the turn it will take at the end, means that the tone of the movie doesn't really match the content in its last act. It's dissonant in a way that pulls you out of the story just enough to keep it from being enjoyable.

Beyond that, Claire tends to get lost in a movie that's supposed to be about her. She's the titular character, the "Time Traveler's Wife", but most of the movie is about Henry. We explore his jumps, his time away, his adventures, but very rarely do we really get to explore anything from her perspective. A key example of this is when Henry is gone for two weeks one holiday season and Claire has to spend Christmas and New Year's alone. Instead of showing us the life she has to lead, having her interact with people and detail her life in ways that matter, the film simply skips those two weeks via a quick montage and then Claire tells us (instead of showing us) how hard it was for her. We see Henry adventure all the time, but Claire's life is vastly less important to her own movie.

I get the impulse; Henry's time traveling is much more interesting in a science fantasy movie, and certainly his adventures would seem to be the draw. Focusing so much on Henry, though, means that Claire doesn't have nearly the presence here that she should (and that she had in the novel). Hell, that applies to most of the characters as everyone generally gets shoved aside so we can follow Henry around and about in time. It's his experiences, him telling us about what he does, that we get. Hell, we never even learn what kind of art Claire does (her career as an artist gets no exploration); she's a blank void defined by her love of Henry. 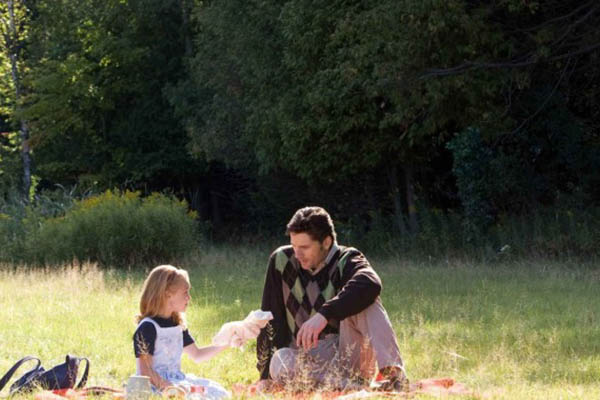 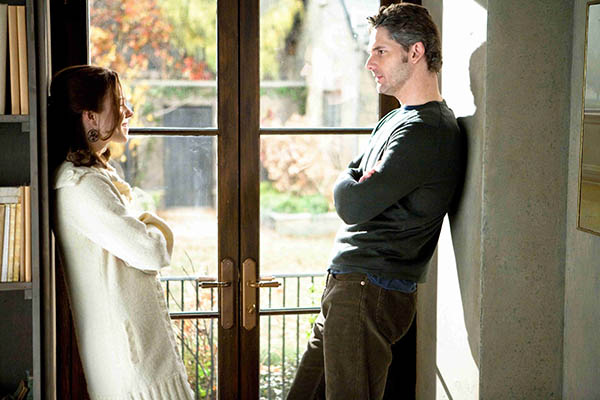 Beyond that the film isn't able to elide one major issue with the story: Henry grooms young Claire into being his wife. He doesn't intend to, of course, but there's no way to get around the fact that an older Henry basically meets the six-year-old version of his wife and, throughout her life, meets us with her again and again, forming her into the woman she will someday be. While Claire does eventually meet the younger Henry and can tell him about it all, the "grooming" doesn't seem reciprocated in any real way. He meets her when she's tiny, she meets him as an adult still eight years her senior. Their character dynamic is off.

The book handled this better by giving us first-person accounts from both characters so it didn't seem the same in that story (even if there was a mild undertone even then). Told from the remove, as movies have to be, there's not enough development of the characters to get around this creepy aspect. And, again, because the movie runs so quickly through its plot details, any issues with the story remain. The adaptation does a superficial job with the tale but loses all the heart and soul (and development) in the process.

In the end you want to like the movie version of The Time Traveler's Wife because the concept is so interesting. There are enough elements at play, from solid direction to a great cast, that make the film watchable. As far as creating a solid, truly great version of this story, though, the movie version falls very, very short.