It Was a Dark and Stormy Night

I have to start this article off by noting that I really don't like Mark Wahlburg. This is a two-part issue I have with him as it's not just the fact that he's a terrible actor -- seriously, the man is only able to express either smug assholishness or a kind of dumb blankness, with nothing in between -- but also because he's a pile of refuse given human form. If you go and look all his controversies you'll find a guy that has done a lot of terrible shit in his past and, although he's said the various things you say when making the "Famous Person Apology Tour", he's never really acted like he was really sorry. He's a racist pile of shit who literally committed hate crime (and he keeps working with Mel Gibson, so that should tell you all you need to know). 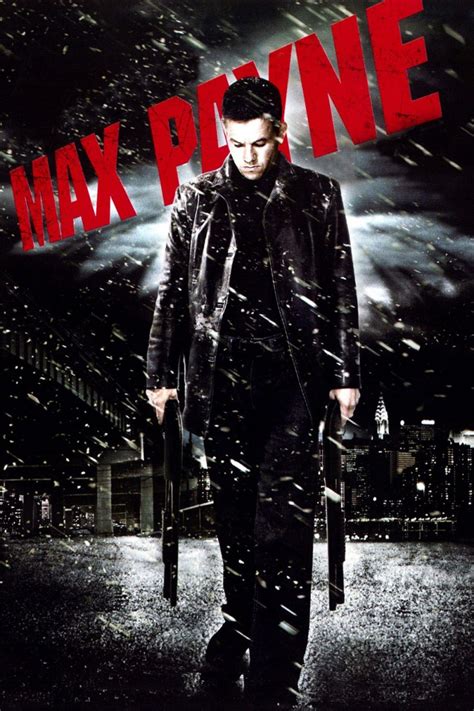 We get all that out of the way so I can make it clear that while I dislike the guy on every level, the only part that I was bothering to hold against him in 2008's Max Payne was the fact that he's a terrible actor. And, wow, if you want a showcase for Marky Mark's talents (or, more specifically, lack there of) then look no further than this horrible film. All of his problems are on display from his inability to emote convincingly to the fact that he seems utterly lost trying to play a character outside his wheelhouse. What should have been a study of a man coming to grips with the loss of his wife is, instead, portrayed as a pale imitation of Death Wish (a very pale imitation, indeed).

Honestly, even with a good lead performance this film wouldn't have been great (although that wouldn't have hurt). Max Payne is a muddled and muddy film that throws a whole heap of concepts at the wall to see what sticks but can't really manage to figure out what kind of film it wans to be. If it was going to be a revenge flick (a la Death Wish) then it needed to commit to harder violence. If it wanted to explore the drama of a man wrapped in grief then it needed to actually focus on that aspect of his character instead of having Marky Mark just blurt it out any time he had to justify his actions. And then, when it comes to the fantasy elements, well, they really needed to actually explain what the fuck was going on in this movie. I watched Max Payne but I can't really say I understood Max Payne, and something tells me the producers didn't either.

Max Payne opens with the titular Max (Marky "I Was a Terrible Rapper, Too" Mark) chasing after thugs in the subway. He's been on the hunt for the killers of his wife for over six months and, each time he finds a lead that lead then leads to nothing. And that happens again this time with the cop getting little more than another hint and not much else. So he heads over to talk to a C.I. There he meets Natasha (Olga Kurylenko), a Russian-American wrapped up in many of the dark dealings going on in the city. Max, though, just likes how she looks so, after exploring the party going on at his C.I.'s place, Max and Natasha leave for his place. Soon after, though, Natasha leaves (she says the wrong thing about Max's dead wife and he kicks her out) and then, on the street, flying demons come and tear Natasha to pieces. No, seriously.

Unfortunately for Max, Natasha had stolen his wallet before this happen, leaving Max as not only the last person to see her alive but also the prime suspect in her murder (since he's "craaaaaaazy"). His old partner, Alex Balder (Donal Logue), is the only person that believes he's innocent, but when Alex goes to talk to Max he ends up dead at Max's apartment. Then Max gets attacked going after Alex, and that's two bodies on his head. This puts Max on the run, forced to work with Natasha's sister, Mona (Mila Kunis), while digging into the weird drugs the Russians are putting on the street, the weird ways people are dying, and just what the hell is truly going on in this dark and stormy city. 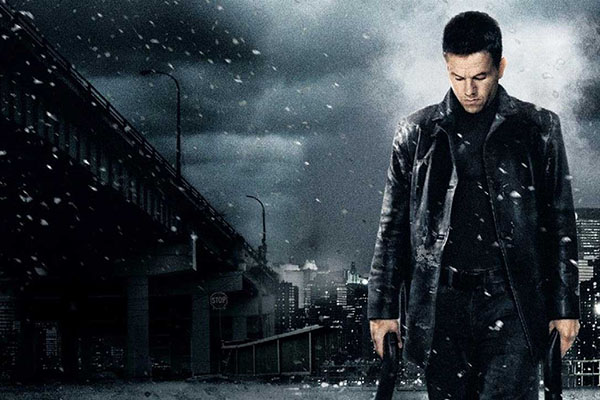 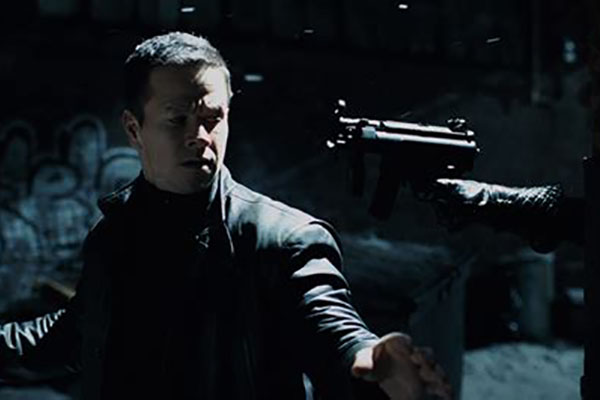 There are many problems with Max Payne, but (outside of human excrement animated into the form of) Marky Mark, the actors are not the problem. There's a lot of great people in here putting in fine work, from Donal Logue, to Beau Bridges, Chris O'Donnell, Ludacris, and even (surprisingly) Mila Kunis. They all have real character traits, actually work the drama around this case of multiple homicides, and are able to convey real emotion. Were any of these people the stars of the show the movie would probably be 25% better (at least). Unfortunately they're all saddled with Mr. Mark, and god is he awful here. Bland, unengaged, and generally unable to play a cop with a dark past dealing with dark shit. He's the worst person they could have picked for this role, no question. I would have loved to see Logue in the lead role instead as he would have been fantastic in it (seriously, go watch Terriers and you'll understand.

That said, even with Marky "I Can Totally Be An Actor, I Swear" Mark in the lead, I think the film could have found a way to work. Had it just focused on action and gone over the top in that department (probably feeling more like the third-person shooter it was based on) that would have made for a more interesting movie. The few action scenes we get, while silly and over-the-top, are certainly the highlights of this crap-fest. The shootouts work well, blending slow-mo action (as was the style at the time) and lots and lots of carnage. The action isn't what holds this film back.

Where the film loses its way is in trying to blend action and drama to ill effect. More action was what the movie needed. It needed to aim for an R rating (instead of the very mild PG-13 it managed) so it could give thrill seekers all it needed. Otherwise the film really needed to recast Marky "Wahlburger" Mark and commit to the drama. I'm sure there's some kind of Se7en riff buried in here somewhere, but then that also would have required the film to not only commit to the drama but to go so dark it would have shot right past that PG-13 rating into R territory once again.

I guess the other major issue is that the film blends in fantastic elements but never explains them. Are the weird demons (which I think are supposed to be dark Valkyries, but maybe not?) actually real or are they a collective figment of the imagination of all the drug users? The film toys with it both ways, and I think (considering source material and that this was based on a video game series) the creatures really do exist. You don't know that though from the film and the film never really addresses it, not even in the climax of the film when Max is on the drugs himself. It's an idea that's raised and then never dealt with. Probably something for the sequel that never happened. 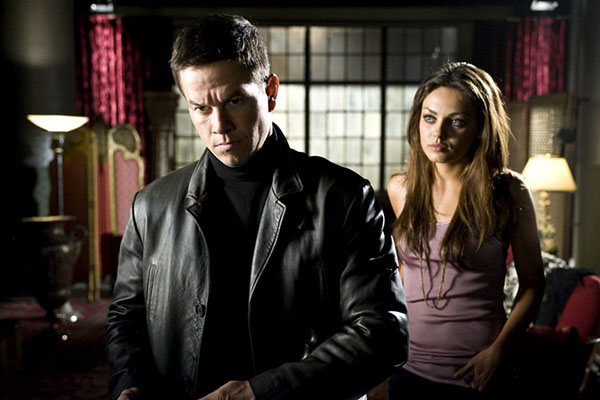 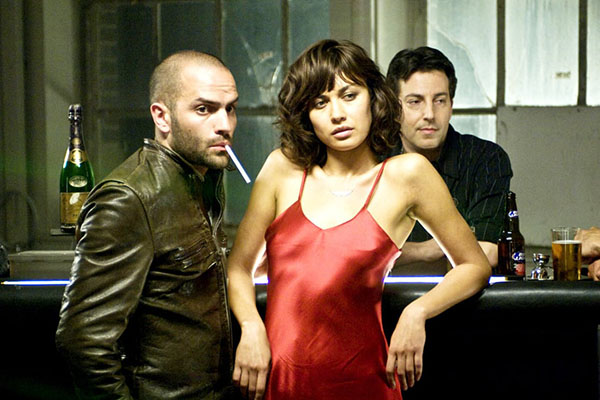 Honestly, this is just a bad, bad movie through and through. It's not bad in the way other video game movies are, going so cheesy that it feels like you're watching some ill-made toy commercial turned into a live action film. No, this was a movie that was clearly designed with passion, bringing in real actors to do real acting. But along the way the producers lost sight of just what they were trying for, cranking out a muddled mess than can't commit to anything (except a sad PG-13 rating). This is a film that needs... something. Be it action or drama or anything, the film just needed to commit.

Pretty much everyone back in the day ripped this film a new one (despite the movie making a solid $85 Mil off a $25 Mil budget, which is a good return on investment) and the cultural opinion of the film since then has not been kind. The game series went dormant, any thought of a sequel was dropped, and Max Payne became another franchise no one cared about. That might not have been the fault of this film but it certainly didn't help. The legacy of 2008's Max Payne is that, fair or not, it helped sink the series. I guess that's one more thing we can pin on Marky Mark.