Rise of the Knickknack Paddywack

I feel like I have to open this review by noting that I've never read the original Dune nor any of its sequels. I haven't watched the David Lynch film, and got only halfway into the Sci-Fi mini-series adapting the novel before I was bored and had to stop it. Frankly, I'm not a fan of Dune and I wasn't going to come at this movie with the same kind of passion for the source material as fans of Dune would have. Dune is a story I know more from the memes about it -- The Spice Must Flow! -- than anything related to the story itself. 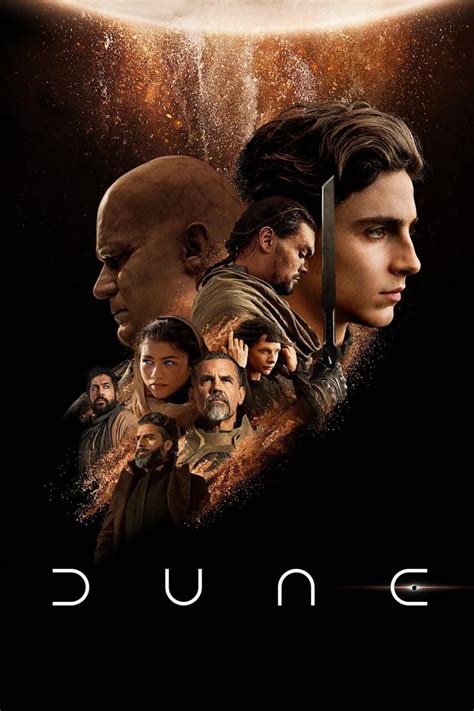 Being a fan of the source material would probably have helped with my enjoyment of the 2021 adaptation of the novel, recently released into theaters and onto HBO Max. It's a dense story that throws you right into the deep end and expects you to keep up. On that front I can respect it, I just wish it was dedicated to a story that was more interesting. It's all about a heroic character, that one, special guy that's going to save the universe somehow, but in the years since 1965, when the novel came out, we've had plenty of stories about various "The One" characters, to the point where everything Dune has to say feel pretty rote and expected. The film is fabulous to look at, and is very well made, but the core of the story is hollow, flitting around (fittingly enough) like grains of sand on the wind the second you're done watching it.

The film opens on the planet of House Atreides, overseen by Duke Leto of House Atreides (Oscar Isaac). Nobel house, the Atreides are presented as our protagonists, fair and just with an appreciation for life and love. The Duke is joined by his Lady (read: concubine), Jessica (Rebecca Ferguson), and his son, Paul (Timothee Chalamet), along with a loyal cadre of servants. As one of the major ruling houses of the system, House Atreides vie for power among the other houses, most specifically House Harkonnen.

In contrast to Atreides, Harkonnen are a vile and nasty lot, using technology (nearly indistinguishable from dark magic) to keep themselves alive while they gobble up all the money and power they can get. Harkonnen was in charge of Arakkis, a planet rich in Spice, a substance that only appears on that planet and can be used for all kinds of reasons -- longer life, psychic abilities and, most importantly, the ability to travel safely among the stars. Whoever controls the spice, as they say, controls the universe, but with a single proclamation the Emperor takes the planet away from the Harkonnen and gives it to Atreides for their safekeeping.

This forces the noble family to go to the planet to oversee it, the spice production, and the people living on the planet: the Freman. Arakkis is a hot and desolate place and its a strong breed of human (and the technology they've crafted) to survive for even a day in the blistering heat of Arakkis's planet-spanning deserts. To go out into the desert is, certainly, to die, but that's just what Paul and his mother have to do when Harkonnen attacks Atreides on the planet, a coup attempt to take back spice production and wipe away Harkonnen's biggest threat in the system. And it all seems to have the approval of the Emperor, making this all a giant plan to wipe out Atreides once and for all. Only with the help of the Freman, who may just think Paul is their messiah, can Atreides rise ascendant and save the whole of the galaxy. 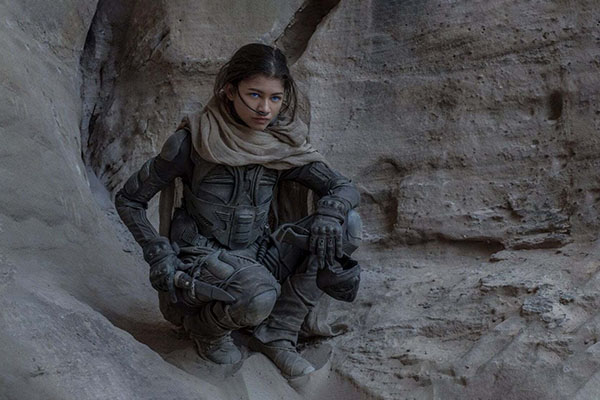 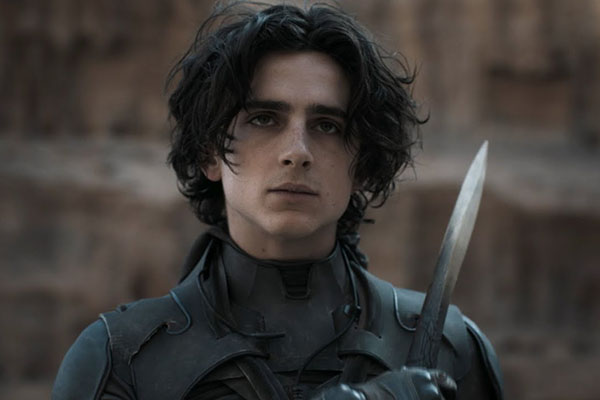 Dune has been a favorite of movie production companies for years. Due to when the original novels came out it predates the whole of the Star WarsThe modern blockbuster: it's a concept so commonplace now we don't even think about the fact that before the end of the 1970s, this kind of movie -- huge spectacles, big action, massive budgets -- wasn't really made. That all changed, though, with Star Wars, a series of films that were big on spectacle (and even bigger on profits). A hero's journey set against a sci-fi backdrop, nothing like this series had ever really been done before, and then Hollywood was never the same. saga by a good decade. Its tale of good and evil, a hero on a harsh desert planet, two houses warring against each other with an emperor overseeing it all, that all sounds like Star Wars, which movie companies like. Production house view Dune, with its series of novels and potential for a long-running saga, as the "next" Star Wars, something movie producers have been looking for since that saga came out in 1977.

The thing about Dune, and what holds it back in large part, is that there just isn't anything here that can't be found elsewhere. As noted, so much of the plot feels like a direct answer to Star Wars, even though it came first, but then you have the whole plot about the Messiah -- called the Kwisatz Haderach or the Maud'Dib depending on who's talking -- which doesn't feel all that different from so many other leading hero films we've seen over the last two decades. Whether its The MatrixA speculative future story with superhero and anime influences, The Matrix not only pushed viewers to think about the nature of their own reality but also expanded what filmmakers could do with action sequences and filming. It then launched a series of movies, games, and comics, creating a franchise still talked about today. or Harry PotterFirst released as a series of books (starting in the UK before moving worldwide), the Harry Potter series gained great acclaim before even becoming a series of successful movies. Now encompassing books, films, a prequel series, and a successful two-part play, the series even now shows no end in sight. or a bad Jet Li film from 2001, we've seen plenty of stories about "The One", to the point that this whole idea for a character feels beyond rote.

Paul as the Kwisatz Haderach -- a name so ridiculous when it was first used that my wife and I immediately started mocking it: the Knickknack Paddywack, the Quiznos Grabasnack, the Cheddar Cheetos Mac, the Shakeshack Takhomasak -- but, frankly, there isn't much to the character as a messiah, not in this first film, that makes him seem all that special in comparison to anyone else. His mother, Jessica, is one of the Bene Gesserit, a sisterhood of witches with, among other things, the power to compel and command others with a specific voice they use. Paul is trained in this voice, which he can use somewhat effectively, and he's also a noble son, and a decent fighter, but he's not great at any one of these things, not to the point that you're sitting there going, "all these other people that are better at everything, collectively, should just bow to this loser kid and let him lead them." I just don't see it.

It doesn't help that Paul is portrayed, by Chalamet, pretty passively throughout the film. I don't think its the fault of the character as there are moments when Paul is supposed to stand up and make himself known, to show he's the noble son of a large and powerful family and that he's ready to rule. I think the big issue is that Chalamet simply isn't up to the task of making Paul interesting to watch. He's easily overpowered, charisma wise, by everyone else in the film, from Ferguson to Issac, plus Josh "Thanos" Brolin as Paul's weapons master and Jason "Kahl Grogo" Momoa as Paul's head of security. Every person we meet is more interesting, and given more depth in their performance, than anything Chalamet can muster and it leaves a gaping hole in the film where "The One" should be. 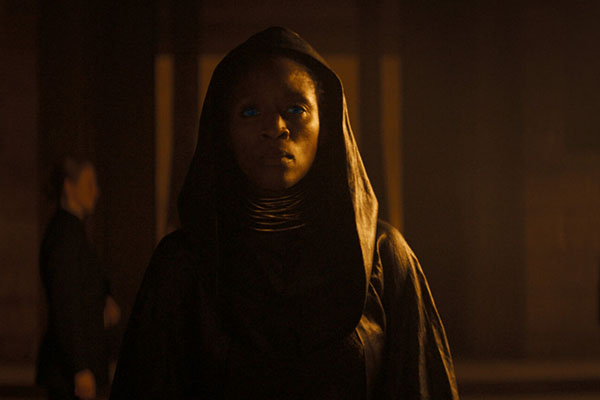 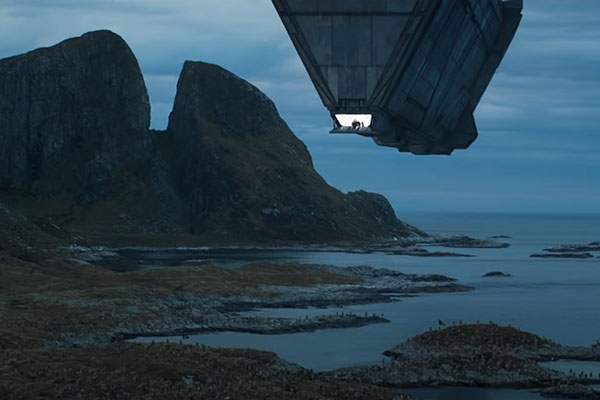 The fact that the film dumps you into the deep end is certainly a blessing and a curse. I appreciated that the film didn't feel the need to explain everything to me, droning on and on about each and every little detail. I could absolutely see some suits sitting, watching dailies, going, "who are these guys? Can't we just get a text scroll to tell us about this family or that title or..." Instead of making it easy for viewers, the movie throws you in and figures, "the beats of the movie are obvious, you'll pick up the rest."

At the same time, though, it's easy to get lost in all the details you're trying to understand. I kept up okay, largely because the overarching ideas of the film are things I've seen plenty of times elsewhere. My wife, though, drifted off and stopped caring because the film was so obtuse. I've had friends, too, that have said, "I just saw Dune. I think I liked it... I just don't have a clue what happened." I had to then explain it to them likening Paul to Harry Potter, Atreides to House Gryffendor and the Harkonnen to Slytherin, with an unsee Emperor Voldemort behind the scenes, and that seemed to help. Still, they'd just seen the movie and didn't understand most of it.

Bearing in mind that the film is only half the book, two-and-a-half hours to adapt only the first part of the story, and even then the film has to go quickly, breezing past ideas so it can just get everyone to the meat of the story. It's a lot to take in, and a lot of details are thrown out and moved past because there's all too much. It's a lot, it's dense, and even familiarity with the ideas the movie are putting out, whatever pop-culture you try to view it from, can still make it so you're lost, or you're bored, or you just don't care.

Don't get me wrong, there's a lot that is interesting about the film. It's absolutely gorgeously designed, with large sweeping shots that draw you in and captivate. Director Denis Villenueve has masterfully made Arakkis beautiful with all its desert and sand, and the whole film is a sight to behold. There just isn't a story worth watching beneath it all. Individual scenes are great but story doesn't have the kind of connective tissue it needs to make you care. Even if you're following along with the movie you'll struggle to wonder why any of it matters. 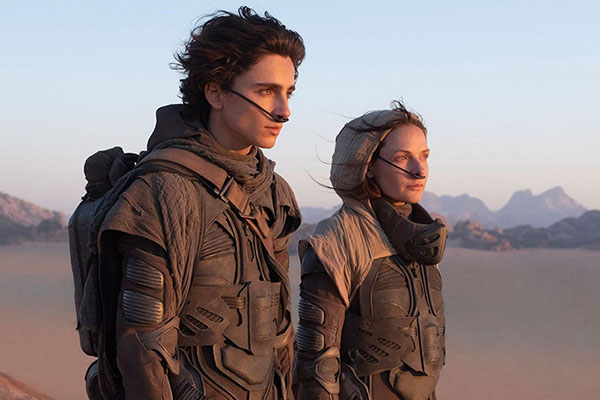 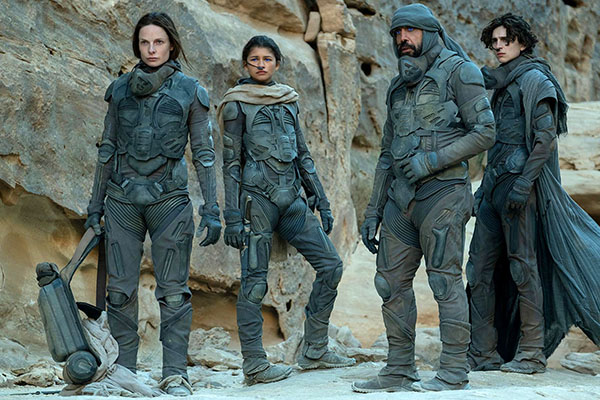 I know fans of Dune, the novel, love how dense and rich it is. The film certainly captures the denseness, but the richness and flavor that make the story interesting is lost on the screen (if it really exists at all). I don't know if Dune is truly unfilmable -- this movie certainly gets us as close as is possible to make something interesting out of the novel -- but certainly this film doesn't truly manage to find the hidden depths of the story needed to make it into a watchable film. This movie is all show and no substance, a long look at life in this futuristic society that doesn't actually spend very long really looking at anything.

Fans of the novel may enjoy this 2021 film because they know all the details of each character and have read everything to get the material substance that's missing here. If you haven't read the novel, though, I think you're going to leave this film wondering what you're missing. Whatever makes Dune special isn't on the screen in this film, it's still trapped on the page.