It's easy to think that we've seen just about every kind of horror movie possible. How many different kinds of jumps scares, or slasher killers, or ghost tales can we really get? As most series drive themselves into the ground -- the Freddies, and the Jasons and the Activities Paranormal -- horror fans generally have to settle in for a lot of the same old stuff. Mood and style quickly give way to repeated scares and inside jokes but the material for the whole genre gets a little more stale. 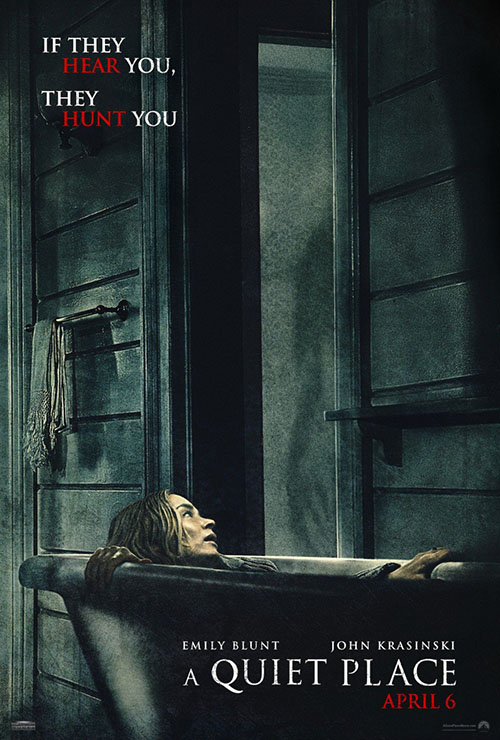 That's what makes a film like A Quiet Place stand out. While the film does slot into a certain kind of film -- people avoiding the monsters stalking them -- it crafts its story via an interesting hook that allows the filmmaker (The Office's John Krasinski, who also stars in this film) to create a horror movie that feels thrilling and new. Best of all, despite knowing what will happen in the movie, repeated watchings actually hold up. This is a finely crafted film that keeps its tension and suspense working time and again.

The hook of the film, of course, is that months before the film starts up) aliens came to the Earth and started killing everyone. These aliens, seemingly indestructible creatures with thick armored hides, have just one "weakness": their sensory abilities are dominated by their hearing -- make no noise and they can't hear you and, thus, can't find you. We're introduced to the Abbott family -- husband Lee (Krasinski), wife Evelyn (Krasinski's real life wife Emily Blunt), daughter (who is also hearing impaired) Regan (Millicent Simmonds), son Marcus (Noah Jupe), and youngest son Beau (Cade Woodward) -- on one of their scavenging trips into town. They do all they can to make sure they don't make any noise, including going around barefoot and sticking to sandy paths that Lee has laid out through out the whole of the town. Sadly, youngest son Beau finds a light-up, sound-making toy, sets it off so he can play, and immediately gets eaten.

Cut to some months later and the family is still graving the loss. The hardest hit by the incident was Regan who gave the toy to the boy (batteries not in it, mind you) and she blames herself for getting him killed. She also feels like her dad must, at least deep down, blame her as well. Meanwhile, her father has been trying to help her by improving her hearing equipment (which seems largely defective). The tech seems sound but isn't helping her hear. However, having a daughter that can't hear has ensured the whole family can sign instead of having to talk. So they go about their day, trying to stay quiet and stay safe, but incidents will build that day, leading to the monsters finding their quiet farm, disturbing their peaceful sanctuary for good.

Like a lot of good monster films A Quiet Place wisely keeps its monsters sight-unseen for a vast majority of the film. Aside from that early burst that gets Beau eaten (where the monster is really more just a blur of motion), an early burst that certainly sets the tone and danger of these creatures, the aliens aren't glimpsed at all until the last act of the film. That gives the movie time to build up the characters, to flesh them out as real people, but it also allows plenty of time for their fears to become evident which only ratchets up the tension. 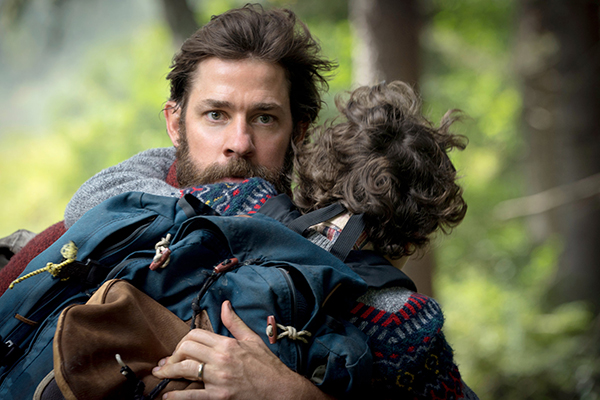 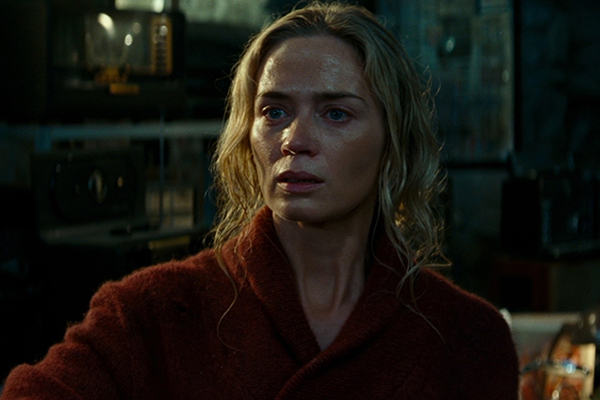 That growing tension is actually really impressive because it takes even mundane things -- a bag catching on a nail, causing a ripping noise, or a picture frame falling off the wall -- and it makes them into suddenly scary moments because of what they portend for the characters. It's amazing how much tension can be made from these moments, or from a character injuring themselves and fighting to stifle a scream of anguish. The promise of the monsters is there such that you fear for what might make them show up even more than the monsters themselves.

The brilliance of the setup is that it means the film can have a low body count but still be absolutely effective in its horror storytelling. The whole movie only has six characters (seven counting a late-arriving baby), and yet the horror is just as palpable (if not more so) than in horror films with larger casts. This speaks strongly to the fact that horror doesn't have to come just from gore and jump scares. In fact, good horror doesn't need to have that at all (there's only one thing I'd even call a jump scare in this film and it even works in context). Instead, what you need is ambiance and tension.

This, of course, was a lesson taught by the original Halloween way back in 1978. That film was a master class in teasing a monster, in crafting tension from a quiet space, from using the world of the familiar to create something horrifying. It's a pity that more films (even the rest of the HalloweenThe franchise that both set the standard for Slasher horror and, at the same time, defied every convention it created, Halloween has seen multiple time lines and reboots in its history, but one thing has remained: Michael Myers, the Shape that stalks Haddonfield. series) couldn't keep that lesson in mind, and too few horror films take it to heart. A Quiet Place knows how to build tension and it's all the strong for it.

That isn't to say that everything about the film works perfectly. If there's any part of the film that doesn't kind of fail it's the monsters themselves. When they are a promise, a hidden horror, they're great; at a certain point, though, the film has the reveal the monsters and that's when things stop working quite as well. These ungainly beats have the weirdest construction, not just alien but impractical. They certainly don't look like they came from this Earth but it is hard to imagine any world where they could have evolved the way they did. They're goofy, not scary. 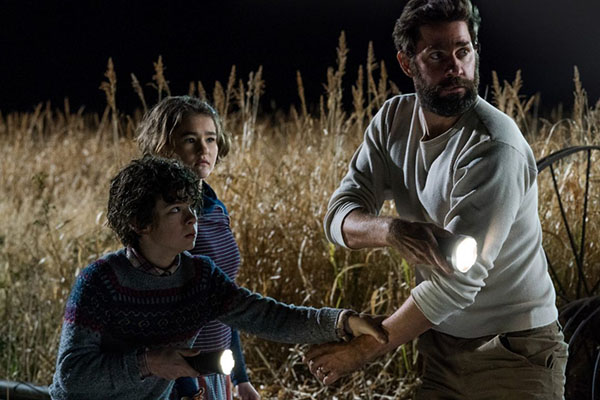 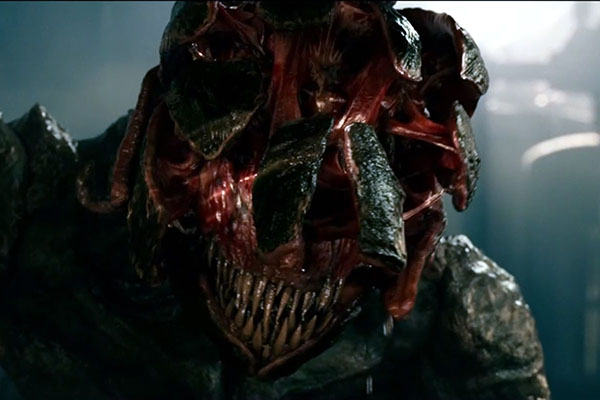 And I do have to wonder just how alien creatures like this would come to Earth. What's their motivation to come to a place packed with people and full of noise. Something with ear-holes this sensitive would likely find our constant noise pollution impossible to deal with. That doesn't even take into account that with so much stuff making noise how could these aliens even managed to hunt down and kill most of humanity? Like, the film is great in concept, and it's horrors work really well in the moment, but once you start thinking about world building flaws start to show in the whole idea.

So, maybe, just don't think too hard about the setup. Focus, instead, on the execution which, in A Quiet Place, is fantastic. This is a horror movie that finds a new way to scare, and it does it by first giving the film a heart. If only more horror films could take this lesson and run with it.