It Came (from Outer Space)

There was a time were a certain kind of film was quite popular on basic cable: the skin flick. We're not talking outright porn, more like the soft core of the soft core, but this fodder aired constantly on the late night movie channels (especially Cinemax, thus giving them the nick name of "Skinemax"). A ton of direct-to-video skin flicks came out during the basic cable era but, every once in a while, a skin flick would come along with artistic aspirations. Someone will think, "you know, we could make actual money on this," and they try to turn it into an actual blockbuster. That's the only reason why i can think a film like Species came out in theaters. 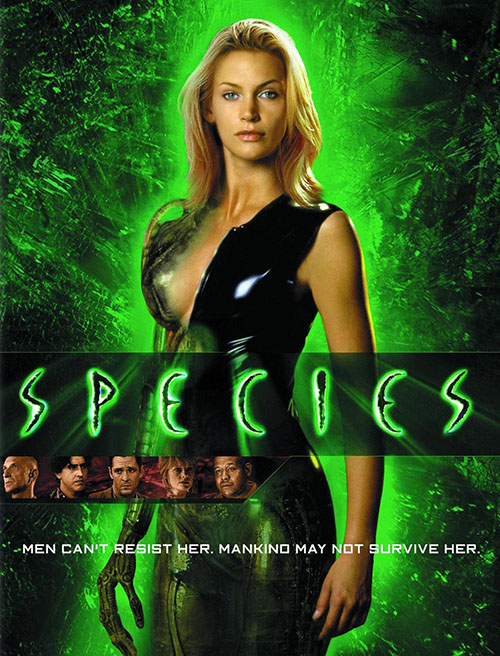 The film exists basically as an excuse to get its lead female, Natasha Henstridge, naked for big stretches of the film. It does have an interesting sci-fi premise and, handled differently, could have actually been quite a solid little film. But the aspirations for this to be a "good" movie constantly clash with the basic reality that the film is little more than a skin flick with mild horror elements thrown on top. It's an odd, and at times watchable movie, but it certainly isn't good by any stretch of the imagination.

The movie opens at a secret government facility overseen by Xavier Fitch (Ben Kingsley). The lab there has been overseeing Sil (first played, as a preteen, by Michelle Williams), an alien-human hybrid based on DNA data sent, via the SETI program, from an alien world to Earth. Unfortunately, while the team, had high hopes for Sil, her quick growth and even quicker temper scared the group so they tried to kill her. She escaped instead, breaking free of the compound and heading off to L.A. (because that's where all alien-human hybrids go to follow their dreams). While in transit on a train (which she stole the money to board) Sil feasts on junk food and then finds herself bundled into a freakish cocoon where she quickly grows into human form (played by Henstridge).

After the breakout, and then the search after which turns up nothing, Fitch calls in a team of experts: anthropologist Stephen Arden (Alfred Molina), biologist Laura Baked (Marg Helgenberger), empath Dan Smithson (Forest Whitaker), and merc Preston Lennox (Michael Madsen). Their goal is simple: find, and kill, Sil before she's able to breed and start a new race of alien hybrids here on Earth. But they have to act fast as Sil is on the prowl looking for love anywhere she can get it, and she'll find it faster than an alien-human hybrids gestation cycle (which is also quick, yes).

There are elements of Species that I think could work. For starters, the cast is great. Its hard to argue with a stacked set of actors including Kingsley, Molina, Madsen, Whitaker, Williams, and Helgenberger. While this was one of her first movies, even Henstridge is solid here (and would go on to get even better in her later roles). Whatever stupidity the film throws at us, the cast is game and they do their part to sell the film as well as they can. It's a cheesy, B-grade monster film with a lot of nudity but the cast doesn't seem to phone it in at all. 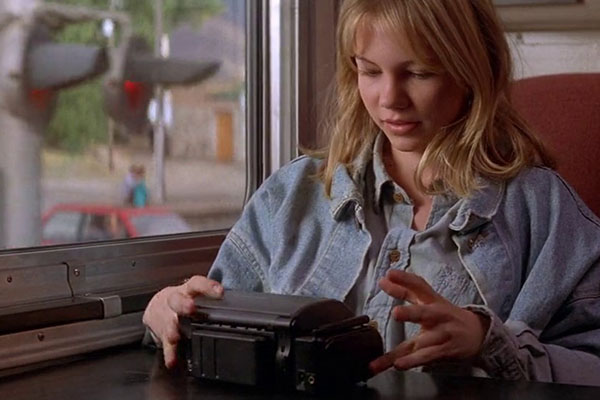 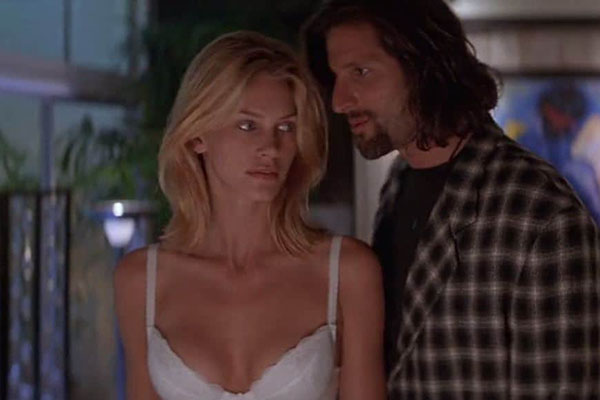 The plot too, on its own, has some ideas that I find interesting. SETI getting a message from space that scientists wanted to follow is entirely plausible. I even buy that the instructions could, somehow, have included a way to create an alien-human clone. That, followed by some creepy alien designs (by H.R. Geiger) certainly sell the sci-fi bonafides of the piece. In the right hands this could have been a sassy and strange creepy thriller with a nasty alien and a fair bit of sex, perfect for a late winter night.

But that right hands are needed for a film like this to turn it into something good. We're talking a Paul Verhoeven, for example, who could direct the sexy bits with just the right eye to make you feel a little perverted for being there, while at the same time finding some strand of the film to pull to make the movie ridiculous in just the right way. Verhoeven would be able to turn this film into a political commentary on government science gone wrong and it would be infinitely more watchable than the film we actually got.

Instead of someone like Verhoeven the producers pulled in Roger Donaldson who came to fame with some early hits (Sleeping Dogs, The Bounty) before turning in a series of workman-like films. Donaldson of the Species era didn't really have a directorial eye, instead turning in what can only be described as "paycheck direction". It's fine but it lacks the sense of art, the ability to point out the absurdity, that Species needs.

The film should have focused on the body horror more, on her transformation from human to alien and back (and it should have done it with practical effects, not CGI). It needed to twist and writhe while the characters managed to find a kind of stoic comedy to this farce. Instead The film plays the we3ird bits too straight while playing the actual team building moments as too silly, making a film that's tonally all wrong. The voice behind Species can't ever nail the tone the film needs and it drags the movie down. End of the day you're just waiting for the next sexy bit as that's the only part of the movie that has real energy. 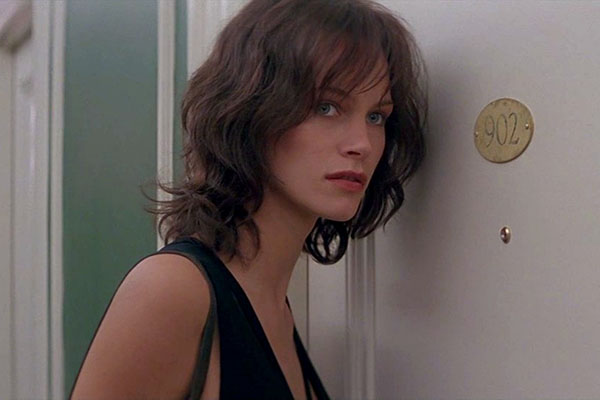 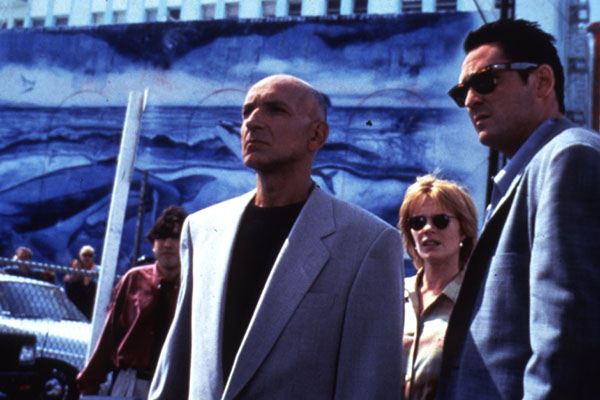 That, of course, speaks to what this film came became: skin flick fodder for the Skinemaxes of the world. The movie was a success, pulling in $113 Mil off a $35 Mil budget, but you will note that no one really talks about this movie anymore. It came, it took off its clothes, and then is faded away, replaced by the ends skin flick in order and eventually falling off of basic cable as there were cheaper films with more nudity in they to keep eyeballs glued to the screen. If the film had been constructed differently this could have been a solid film, instead it dropped off into the nudie bin because that's what the director and producers wanted: an alien sexy pic instead of a solid body horror thriller.

But because it was a success we ended up with three more of these (two of which were forced to go direct-to-TV). There's potential in Species, from the cast to the concept, but the final film simply doesn't bear any of that out, which is a real tragedy.