This is what the series needed: Dona Noble. Considering how poorly she was introduced, right at the tail end of Series 2 / first episode of Series 3, it's impressive that the show could rehabilitate Donna's character so well that she is, in many ways, my favorite companion of the David Tennant era of Doctor Who. She's that good. 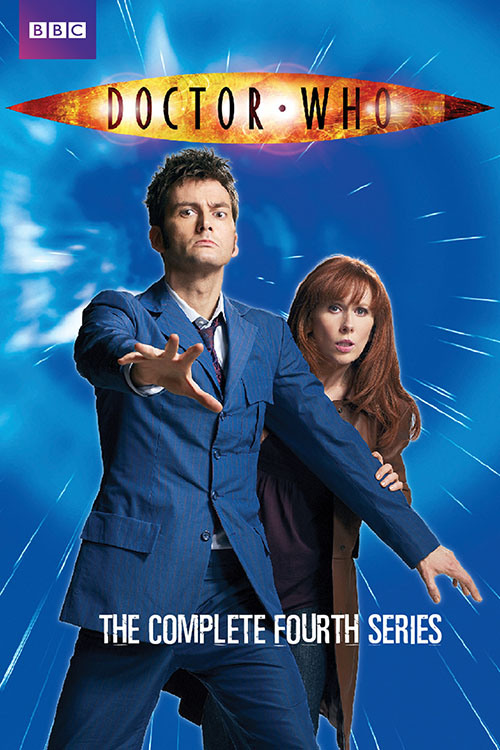 It's interesting, going back through the show, realizing that what sets the show apart from me season to season isn't the Doctor or his adventures but the companions. And, really, I think it's the dynamic between the Doctor and the Companion, such that the Ninth/Rose era feels different from the Tenth/Rose era, and then the Tenth/Martha era is distinct and has a different energy from those and then from the Tenth/Donna era. When it's primarily the companions that are changing, though, you end up marking them as the signifying factors.

Donna's era is different from Rose's and Martha's because, unlike those two companions Donna isn't in love with the Doctor. Yes, she's in love with traveling with him and would travel the universe forever if she could (despite being forced to leave the TARDIS after a single season) but there's no sticky, icky feelings between them. It's established in her first episode as his new full-time companion (and the second episode of the season) that they are just friends and friends is all they'll be. Right there the whole dynamic is different and it's great.

It also allows Donna to be something the other ladies that served on the TARDIS never could be: the Doctor's equal. Rose followed Ninth and Tenth around like a teenager in love while Martha's feelings were unrequited, but for both it's pretty clear that the Doctor is in charge and in the lead. It's his show and they're there to bask in it (even if Martha found more opportunities to be herself during her tenure). But Donna takes the lead in many scenarios and even finds the clues that the Doctor misses. Just take their interaction on "The Doctor's Daughter" where it's Donna, not the Doctor, that figures out the timey-wimey implications of the war they find themselves in and what it means for that world.

When Donna was introduced she was, in a word, shrill. As I noted in my review of the third series, I felt that this wasn't the fault of actress Catherine Tate but the writer/director for that first episode, "The Runaway Bride". Those annoying tendencies are gone for Donna's era now, with a more mellow and world-weary version of the character taking over. She seems wiser, more interested in the world outside her limited scope, and more willing to take a risk. it makes for a more interesting character and one that's a lot of fun to watch. 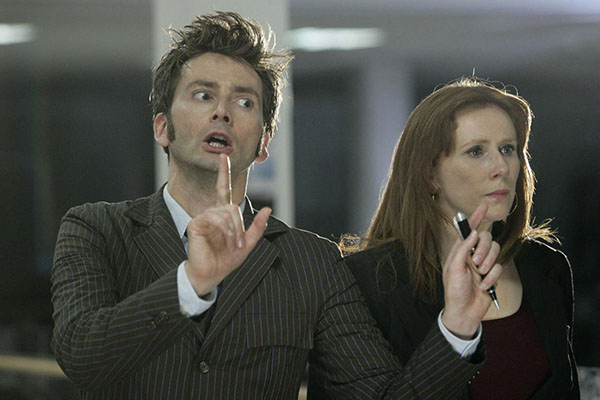 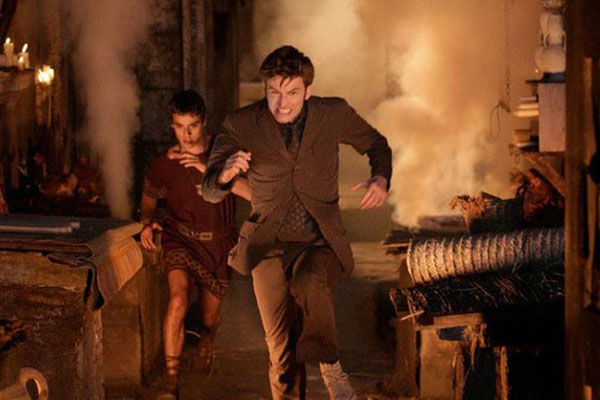 What's also fun is the dynamic between her and the Doctor. The two actors had starred opposite before, in sketches and other works, and they have an easy chemistry here as well. It lets Donna slide right into the space available for a companion and as they gallivant off, there's fun to be had watching them just enjoy the adventure, the chase, the fun of exploration. Again, it feels like a meeting of equals here, two people on an adventure for the same reasons: because there's a world to explore and a quest to be fulfilled. That's what they do.

It does lead to a different feel for the series than we had with Martha and the Doctor. While there were some of those same adventure stylings in Martha's era it also felt like the series was trying for grander ambitions, to show that the Doctor is a force for good and that Martha, as a doctor-in-training, wanted to do that same good in the universe. Donna doesn't have that same ambition and it feels like the series fits around her and her love of the chase, of the traveling, creating something a little different for her time with the Doctor.

Consider that most of the adventures of the series are one-off stories. The series opens with "Voyage of the Damned", a one-shot with Kylie Minogue as companion-for-a-day Astrid Peth. Then we have the Doctor and Donna meet ("Partners in Crime"), travel off to Pompeii ("The Fires of Pompeii"), visit the Ood ("Planet of the Ood"), visit a war-torn planet ("The Doctor's Daughter"), meet Agatha Christie ("The Unicorn and the Wasp"), and travel to the resort world ("Midnight"). There are some two-parters -- the Sontarans, the magical library with Doctor River Song -- but only the last arc, "The Stolen Earth" into "Journey's End", actually has a direct impact on the overall arc of the story. Much of this season is very self-contained.

That's to the benefit of the season as the bigger arcs -- specifically the Sontaran invasion and the two-part finale -- are also the weakest parts of the season, by far. When Russel T. Davies and his crew just focused on tight little stories they did their best work, but when they went big and swung for the fences Doctor Who went right off the rails. The one two-part episode that actually does work this season, the Library two-parter, comes courtesy of Steven Moffat, who also wrote "The Girl in the Fireplace" and "Blink", and it shows the same care and attention that his other solid episodes bore. (We will discuss River Song more when we get to her further adventures in later seasons.) 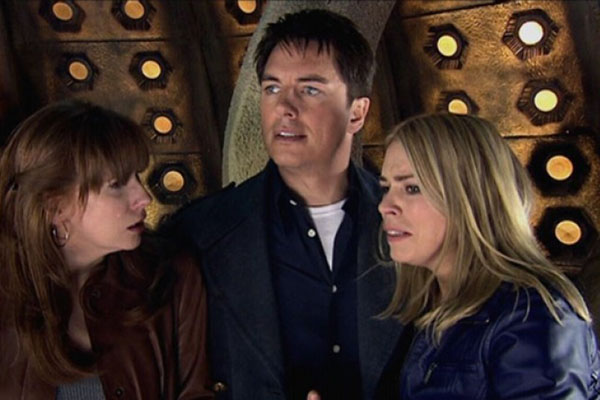 All that being said, I don't know whether I prefer the time with Donna or Martha more. Each season has its highs and lows and I think Donna's season is more solidly consistent, it's just that its bigger moments aren't done as well. Martha's season swung a little wilder but it did have better epic moments that felt like they were much better earned (even if, again, the last episode of the Martha run also went right off the rails). Oh, and Donna's time does get derailed, of course, by Rose who shows up again and somehow the series makes it all about Rose right when Donna is forced to leave the TARDIS; that's a big knock against this season.

Still, if I had a blend of these two seasons, series three and four, I'd be quite happy. And the time with the Doctor, Donna, and Martha adventuring together for a short arc is a treat as well. Considering this is the last full season of Tennant's run (with only a few specials to come), this was a pretty fitting finale season for him. it's not perfect but it is a lot of fun. Series four is a consistently enjoyable season and that goes a lot way considering how far off into the weeds this show sometimes goes.

The Best Episode of Series 4

This is actually a harder choice for me to make than I'd expect. Although River Song's arc is written by Moffat and sets up a lot for much later in the run, these episodes aren't among my favorites. Instead I'd lean towards some of the stand-along adventures more, with either "Partners in Crime" or "The Doctor's Daughter" actually being more enjoyable for me. And considering the absolute fun they had together in "Partners in Crime", I think I'm going to give the edge to Donna's reintroduction here.

The Worst Episode of Series 4

As I said, I really don't think the two-part arcs (not written by Moffat) work at all this season, but of the two I hate "The Stolen Earth"/"Journey's End" more. This arc has all kinds of issues, from implausible physics (the Earth literally gets stolen which raises so many issues for me) to Rose having to come back again, and then the ignoble way (no pun intended) Donna is shoved off the show. She deserved better, and so did the viewers.