Body Swap Til Your Heart Stops

When it comes to Slasher flicks I'm constantly searching for something new and innovative. It doesn't have to be anything big; I'll still go to see the regular Freddy and Jason films when the come out, and I'll enjoy them if they give me some gory delight I haven't seen even if the meat (and grist) of the film is the same as it ever was. An interesting set of kills, a fleshed out main character, a bit of fun had with the same old story can go a long way towards making a Slasher flick interesting to watch. 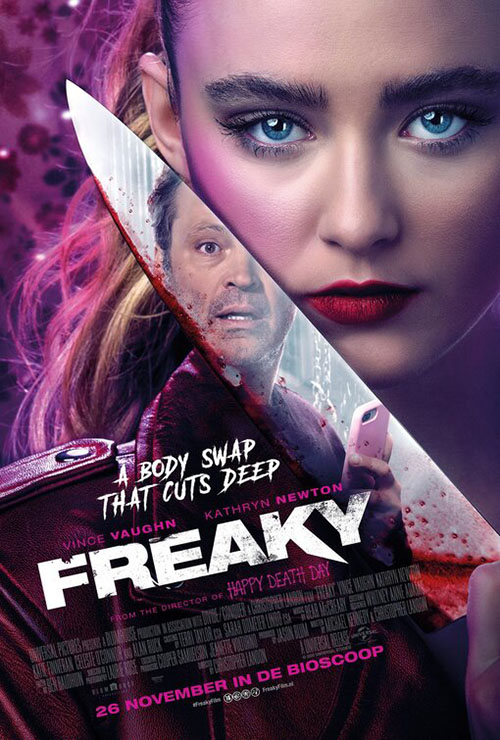 So of the more modern Slasher flicks have managed to try and put a new spin on the material. Happy Death Day slapped the Slasher template up against Groundhog Day while the Fear Street films built a compelling trilogy around a real mystery. Now we have another interesting stab (pun intended) at the mash-up Slasher genre, this time taking the murderous genre and moving into the realm of Freaky Friday, with the creatively named Freaky. It's a film that, while not perfect, has a lot of fun with the silliness of its situation. Plus, of course, murder!

In Freaky we meet wallflower Millie Kessler (Kathryn Newton), high school student who, for the last year, had been helping her mom through a rough patch; Millie's dad died a year ago and the entire family from mother Coral (Katie Finneran) to sister Char (Dana Drori), and of course Millie, have all been devastated. Millie's entire support system is her two best friends, Nyla (Celeste O'Connor) and Josh (Misha Osherovich), and the three outcasts do their own thing as the rest of the school basically either avoids them or makes fun of them.

That all changes, though, when Millie catches the eye of the Blissfield Butcher (Vince Vaughn), the serial killer that has stalked the town each year at Homecoming. Earlier in the film the Butcher stole a mystical knife from an art collector (killing all the teenagers at the mansion while he was at it). Now, knife in hand, he stabs Millie and then runs off after the altercation. In the morning, though, things have gone very wrong: Millie wakes up in the body of the Butcher while he's in her body. Millie (as the Butcher) has to convince everyone she knows who she is and find a way to get her body back before the Butcher (as Millie) cuts a bloody swath through the town and, somehow, makes the switch permanent.

There's a lot to like about Freaky but, really, ninety percent of why the film works is because of Vince Vaughn. He's played a psycho before (in the remake of Psycho) but this is easily the first time he's gotten to play a teenage girl (for good reason) and the actor really throw himself into it. I wouldn't say the performance is perfect (sometimes it does feel like a performance), but most of the time Vaughn is lost in a character he doesn't normally get to play and he does it so well. 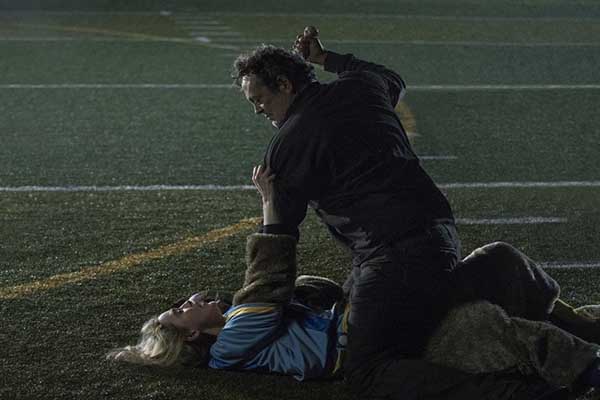 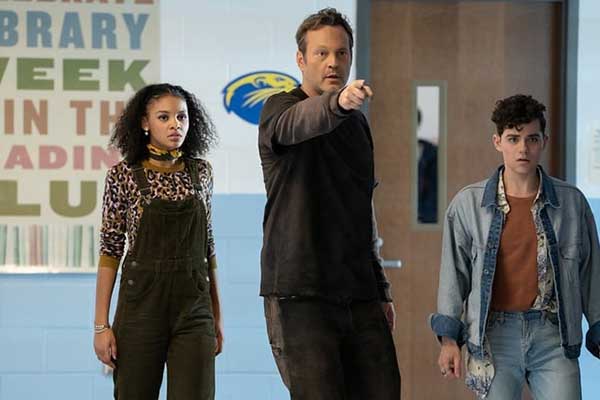 It helps that he's clearly having a ball playing against type. He's a giant of a man (easily well over six feet tall) and is the last person you'd expect to apply terms like "dainty" or "petite", but he still manages to convey a lot of that while being a hulk of a dude. And he does commit, selling the character well enough that you really do stop thinking of him as "Vince Vaughn playing an 18-year-old girl" and start just seeing Millie in the role. It's an impressive feat on his part.

Sadly I don't feel like Kathryn Newton had as much to work with, or could get as deeply into her role, as Vaughn. Where Vaughn could play against type and really lose himself in something new. Newton, though, doesn't have the breadth of a career to play off of and she's mostly still defining herself. For her this is more of just taking on the role of a killer instead of really putting on a new attitude that she'd never get to play. Where Vaughn feels like he's an 18-year-old trapped in a different body newton just comes across as a homicidal 18-year-old. Something is missing in her performance to sell you on the idea that she's actually the butcher.

Not that she doesn't get to do some butchering. This film is rife with gory kills, some of which were quite awesome and splatter-tastic (one in the wood shop is of particular note for it's gory goodness). The film doesn't shy away from gore, unlike in director Christopher Landon's previous Slasher films, the Happy Death Day duo, and that goes a long way to selling this horror-comedy as it delivers both the gory and the laughs.

If there is one other flaw I'd say about the film it's that it's way too obvious about who is going to live or die. The film is in love with its characters (as it should be as it has a great cast) but it's to a fault as it's unwilling to let any of the core group die. Plenty of bullies, jerks, and mean girls die in the film but anyone that's actually associated with Millie gets a pass and that lessens the horror. If even one of her friends bit it part way in you'd actually worry about the whole cast, but story armor protects them all keeping you from engaging just that slight extra bit. 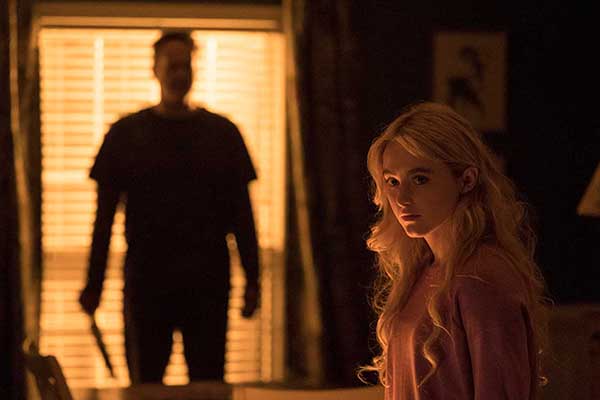 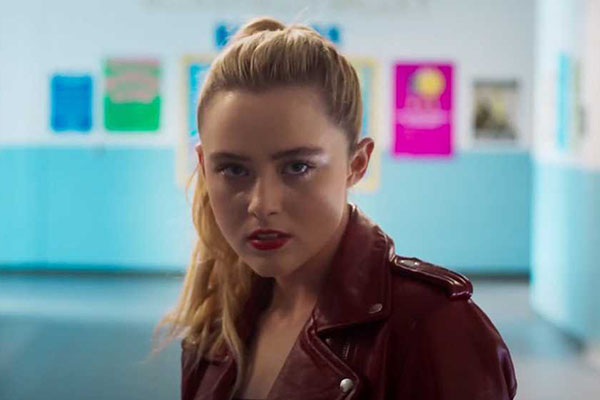 Overall I really liked Freaky; it's a fun and funny Slasher that, much of the time, commits to its conceit. It works in a bit of politics (gender roles; pronouns; what it feels like to be a woman, then a woman in a man's body) while still moving the plot forward and having fun with its body switching. It's not perfect but as far as the Slasher genre is concerned it's still miles above most of the fare. Best of all it shows that Landon is slowly learning how to make good films in the blood-soaked genre.

I don't know what's coming next from the director when it comes to mashed-up Slashers, but considering the bar he set here I hope that he does even better the next time around. He's willing to experiment and that does a lot in a genre that's all to ready to just piled bodied into the meat grinder and call it a day. Now he just need to find the right blend of elements to truly make his movies sing. Freaky is good but is promises even better for the future of the director's work.