Sing a Song to Say Farewell

Song of the Thin Man

Well, at least we can say the Thin Man series went out on a high note. The back half of this series hasn't been as good as the front half (due to changes in the creative team after the first three), but this last film Song of the Thin Man, certainly managed to recapture some of the spark of the earlier films. It's light, it's fast, it's funny, and it does have a way with the dialogue that makes you remember the fun, older times of the series. It's nice. 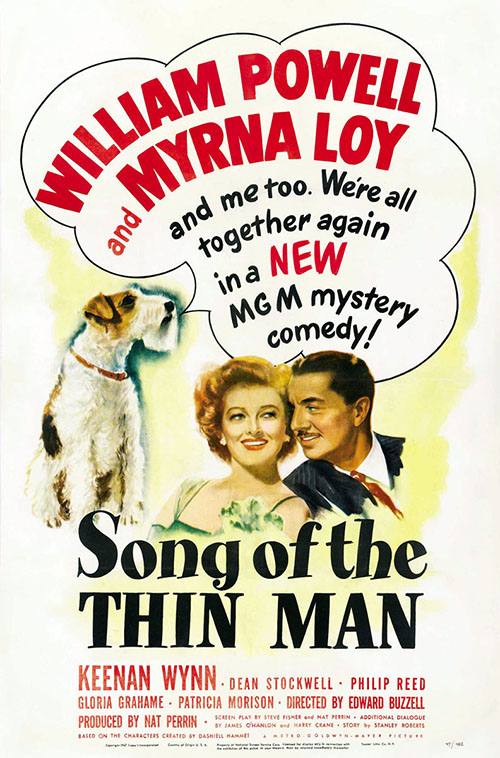 That said, I can also see why this is the last film in the cinematic series. Although this wouldn't be the very last time Nick and Nora would grace screens, it was the last time William Powell and Myrna Loy (respectively) would take on those lead roles. After this, it would be 10 years before the characters would reemerge on the Boob Tube, for two seasons (and 72 episodes), with the characters played by Peter Lawford and Phyllis Kirk. This film, thought, marked the end of an era, and the films were certainly running out of steam. This is the highlight of the latter trilogy, to be sure, but there was no way the studio could keep the energy going for long, especially after 13 years. The films were starting to lose money, the actors were talking about leaving for other projects, and everything was conspiring to ends the series regardless. This was the perfect time to go out, really.

This film does at least give us a decent case to end it all. Nick and Nora (Powell and Loy) get invited to a fancy night out on a pleasure cruise, one of those night clubs on the seas, but, of course, the second these two show up murder is soon to follow. There's a dispute between band leader Tommy Drake (Phillip Reed) and clarinet star Buddy Hollis (Don Taylor). Along with that, Drake wants to bail on this scene and go out on tour with his band, but to get out of his contract he has to pay off his debts to the local gangsters, and that means throwing himself on the mercy of promoter Mitchell Talbin (Leon Ames). And the manager of the boat, Phil Brant (Bruce Cowling), is none to pleased to hear about any of this, refusing to pay Drake his back pay. Then, that night, Drake ends up dead.

Nick and Nora are sucked into the case when Brant and his wife, Janet Thayar (Jayne Meadows), show up on their doorstep. The two had just come back from their honeymoon, having eloped, only to learn about Drake's death, and Brant is considered the prime suspect. Nick turns the two in to the police, for their own safety, but then starts working the case. This leads him to make contact with one of the band's players, Clarence "Clinker" Krause (Keenan Wynn), and with Clinker's help Nick and Nora hit the late night, and secret, clubs, getting into the swing of that groovy jazz, man, while collecting clues and working the case. Everyone's a suspect and only Nick (with Nora's help) can put it all together.

After the wretchedly bad The Thin Man Goes Home, I was ready to give up on the series. I mean, I was going to watch through all of them for this project, of course, but I can't blame audiences back in the day if they'd tuned out by the time this sixth film showed up. The series was on a spiral down, to be sure, and if I'd seen three great films -- The Thin Man, After the Thin Man, and Another Thin Man -- followed by the only okay Shadow of the Thin Man, and the terrible Goes Home, I would have likely stayed home on movie night. "A sixth one? Haven't we already said all that we needed to say in that series?" 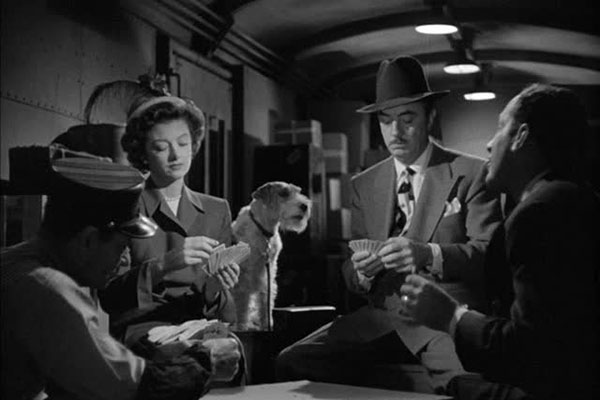 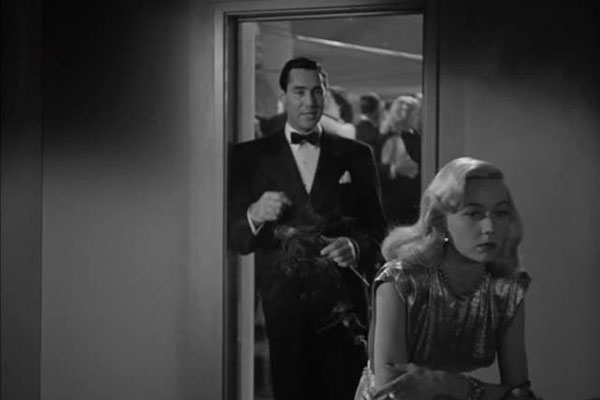 I can see why audiences didn't show up, and I do think it was about time to let this film series rest. I liked this sixth film, mind you -- it's a real return to form for the series -- but I really don't think this would have lasted. Even if you could get the stars to come back again after this, the quality was becoming spotty at best, and that's to say nothing about the fact that the fact that even thought this film was pretty good it's still another formulaic movie in the series. It doesn't have anything new to say or do, it just goes through the same motions really well.

By now you should know the formula by heart if you've gone through all these movies: Nick and Nora show up somewhere, someone dies, Nick refuses to be a part of the case right up until some part of it is dropped in his lap. Then he's off like a shot, with Nora trailing behind him, trying to pieces together what happened. As soon as enough evidence is gathered, Nick has all the suspects brought into a room and he starts playing on the fact that he's knows to get someone to break and confess. Bing, bang, boom, case closed and the suspect goes to prison. End scene.

It's a fine formula for a police procedural, which this basically is, but what works day in, day out on the small screen feels like less of an "event" on the Silver Screen. Sure, this film series all aired before TVs became fixtures of the American living room, but that doesn't change the fact that once you'd seen a few of these films you'd essentially seen them all. The character names were changed, the set dressing was different, but the story was the same for all six films, essentially. After a while even the most hardened movie fan would get tired of that.

I will say that at least the writing team this time around, James O'Hanlon and Harry Crane, had a feel for the characters themselves. The dialogue this time around was snappy while the script treated the two characters as equals. Instead of acting like a patriarch over his wife, Nick and Nora share the duties of the household this time, and where he constantly ditched his wife throughout the films, here he's bringing her along to all the clubs and other places the clues may be. He's learned he needs her on these cases, and it shows this time around. I appreciated that. 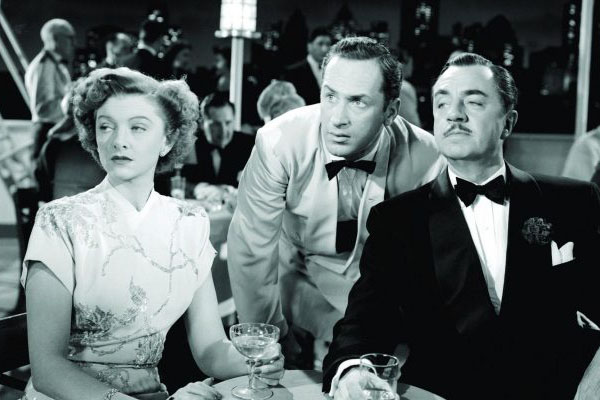 And, of course, Powell and Loy are still great in their roles. The throw themselves into it each time, of course, but with this film they get to play new facets of their characters: those of the out of touch parents that haven't been to the clubs in a while. Here Nick and Nora are thrown into the Jazz Scene, and they don't know the lingo or how to talk the talk. It's funny, in its own way, but it's also fairly realistic: these two have a seven year old and just don't get out as much as they used to. Seeing them having to adapt to a new scene, to learn to be outgoing people once more, was some character development that actually worked.

That said, maybe that's another reason this film didn't do as well: people learned that their heroes get old and start losing touch with the world. After the last two films, seeing the characters be just another aging couple may have been a real turn off. It's hard to go back home (as the fifth movie proved in a way), and perhaps the same applies to aging heroes. No one likes to see the people they hold up on a pedestal become old and grey fogeys like everyone else. Realism has no place on the Silver Screen.

Still, I did like this one. It was snappy, it had a fair bit of fun, and it was another romp for these characters. Better they go out on a bit of a high note like this than the previous film in the series. I'm glad Song of the Thin Man exists so I can watch the first three films and then skip to this one. That's the way to watch the series and enjoy the shenanigans of this fun-loving, crime-solving couple. Thanks, Nick and Nora.