Going Up in Smoke

Thank You for Smoking

How do you make a story about a business everyone hates? It's hard to come up with an industry more reviled than Big Tobacco, especially now with all the information out there about how bad smoking is (and the settlements the Tobacco Industry has had to shell out over the years). Being able to nail Big Tobacco was a dream of many government agencies for a while, and even now people still revile the industry (despite it still being a big money maker for the evil suits that control the industry). In short: tobacco men aren't heroes. 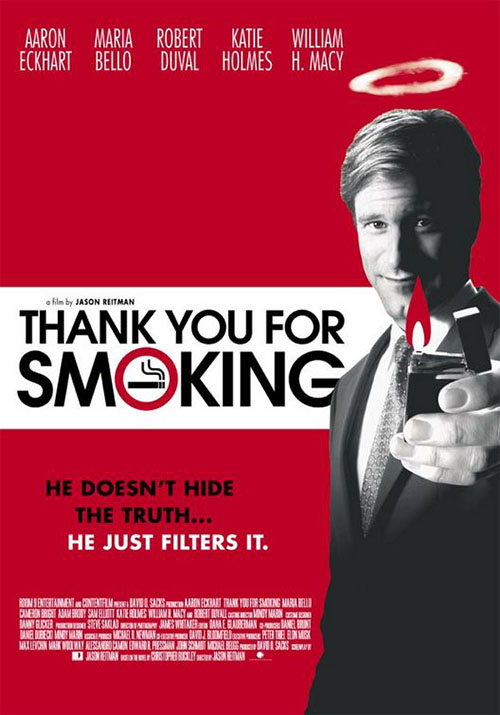 But what it they were? That's the basic idea posited by Thank You for Smoking, the 2005 black comedy written and directed by Jason Reitman (based on the book by Christopher Buckley). Featuring one of the most charismatic Tobacco Guys to ever grace the silver screen, and played to perfection by Aaron Eckhart, the film does the impossible: it actually manages to make you root for the evil suit at the center of the film. How does it manage to do that? By setting up an argument and then distracting you from the real message. It's an impressive feat, to say the least.

In the film we're introduced to Nick Naylor (Eckhart), Vice President of the Academy of Tobacco Studies, a lobbying group and "think tank" funded by Big Tobacco. Working for the industry in the late 1990s, Naylor's job was to obfuscate the truth about cigarettes, not to lie but simply to say, "hey, it's your choice if you smoke, and while no one is going to tell you it's good for you, shouldn't you have the right to do what you want?" He's, in fact, really damn good at his job, just about as good at it as his two friends: Polly Bailey (Maria Bello), a spokeswoman for the alcohol industry, and Bobby Jay Bliss (David Koechner), the mouthpiece for the gun lobby. Together, these three are the "MOD Squad", standing for Merchants of Death.

After a TV interview puts Naylor right in the spotlight, he's tasked by his bosses to come up with a new way to make smoking interesting so they can goose sales numbers. Naylor's idea is to get cigarettes into movies again, and that sends him on a trip to L.A. to meet with a movie producer (played by Rob Lowe). He takes his son, Joey (Cameron Bright), with him so the kid can see what papa does. And the kid, in the process, inspires Nick a bit, too. Things comes to a head when (a) Nick is invited to speak at a Senate Subcommittee headed by Senator Ortolan Finistirre (William H. Macy) about the dangers of smoking, (b) is kidnapped by anti-smoking agents who overdose Nick on tobacco patches (which almost kills him), and (c) gives a lot of information (that he thinks is off the record) to a reporter, Heather Holloway (Katie Holmes), only to see that blow up in his face when she prints all of it. Nick has to find a way to salvage his job, and the "reputation" of the Tobacco Industry, before it all goes down in flames.

And the thing is, you root for Nick. Despite knowing who and what he is -- he's up front about it from the very beginning as he narrates his introduction, and he knows just the kind of evil people he works for -- he's still an effective and charismatic center for the film. You hate the people he works for and despise the things Nick says... but you never hate Nick, not one bit. It's obviously a tight balancing act the film pulls off, but frankly the film handles it perfectly. If you hated Nick even just a little this film wouldn't work at all. 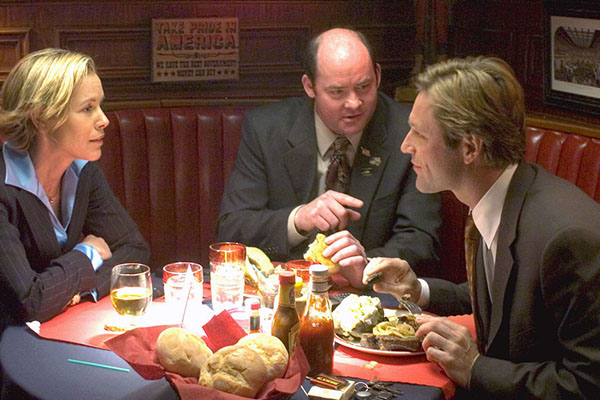 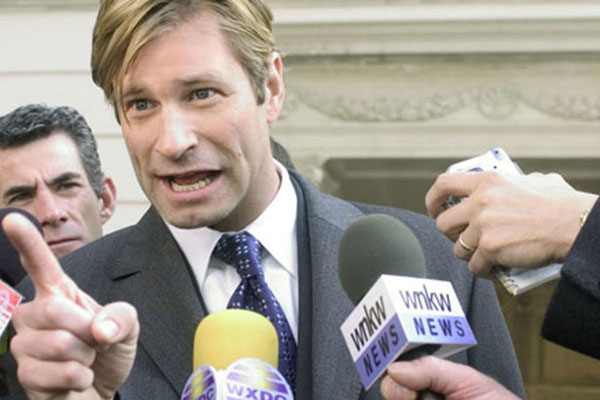 Part of that balancing act is the fact that the film is a comedy. It's very, very black, but that's part of what makes it so funny. The satire shows that the film has its tongue firmly planted in its (very black) cheek, playing along with us as the film spills out all its dirty little details. It never sugarcoats anything or tries to pretend that anyone in the film is a good person. Because of that, then, you can sit back and enjoy all of these people for who they are as Nick shows you this whole seedy underbelly of the lobbying industry. It's pretty slick.

It's also fun, and this is as much a credit to Reitman's script as Eckhart's performance. The film is written and edited in such a way to create a breezy tale that never drags and constantly moves forward. Nick is a talker -- that's what he's paid to do -- and any the film is constantly pushing to the next scene so Nick can talk to someone else, whether arguing for Tobacco's interests, or dealing with a like-minded lobbyist as they laugh over what they're about to do. Hell, the film manages to humanize Nick, via his kid, without every making him once seem any less evil. He's evil but endearing.

A different actor at the center of it all would make all of this fall apart, of course. Eckhart is the perfect actor for this role, managing to play Naylor as a perfectly masked individual, never letting too much of the evil and ugliness of his job touch his eyes. He's practically a blank slate at times, wearing a big smile as he goes from one interview to the next, one group to the next, and spouts off about "individual freedom" and the right for people to choose whether they smoke or not. It's all an argument for him and it just so happens that Tobacco hired him and let him do what he was best at. And Eckhart is really good in every single scene of this film.

His Naylor is, honestly, not that far off from his later Harvey Dent in The Dark Knight. There we had a D.A. who had to play the political game, and Eckhart's ability to put on a personal and wear that mask worked so well. He showed off that same skill here and, if anything, he's even more of a political beast, fake and full of air, than as Dent in that Batman film. Call this an audition for his later role in that superhero film. 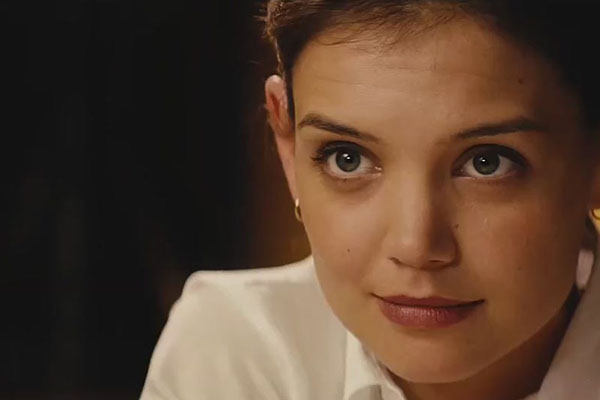 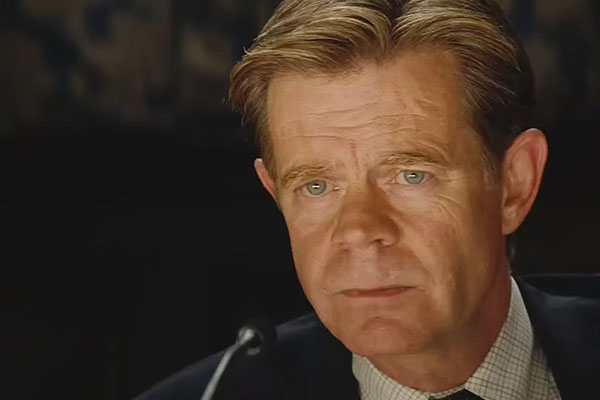 There really isn't anything I hate about this film. I mean, yes, I hate all the characters in it but I don't hate the movie. It's weird to call a film so perfectly despicable "an enjoyable romp", but in a way it is. It's a laugh-out-loud funny comedy that just so happens to make you incredibly angry at its characters at the same time. It walks that fine line between really great and also a complete nightmare, but it's so enjoyable as it does it. I've never seen a film so perfectly engineered in this way, but Thank You for Smoking manages it. It's not a film that will make you want to smoke -- that's not the point -- but it will make you laugh, and cringe, and realize just how much evil there is in the world.

And then you'll think about watching the film all over again. It's really just that fun.