When it first came out, I will admit that Parks and Recreation was not a show that held my interest. I think I, like a lot of people, had the same reaction to the show: it was like a weird, bland, kind of awkward version of NBC's The Office. Created by Greg Daniels (who also created the American version of The Office) along with Michael Schur (who worked on The Office), the show had a very "Office" vibe, from the "documentary" style filming (with "confessionals"), to the bit of uncomfortable humor that would work its way in. It did feel like a pale imitation of its older brother show (even though it wasn't really a spin-off at all). 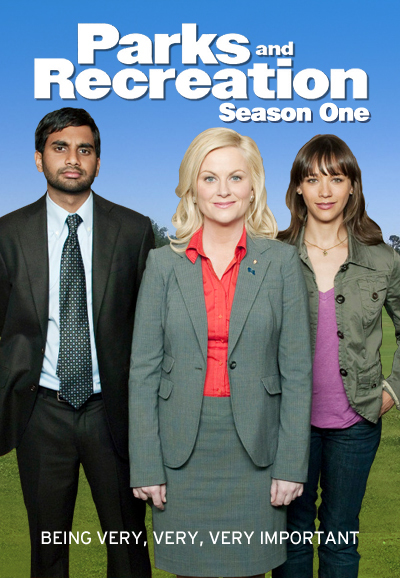 Thing is, the U.S. version of The Office had its own growing pains, with a pretty awful first season that eventually gave way to a show most people really enjoyed (at least until Steve Carell left, blowing a giant hole in the cast of that show). There was hope that Parks and Rec could pull off the same feat, growing after its initial first season to become a better, and more interesting show. That is, in fact, what happened, although it took me a few years to finally give the show a chance again (after watching a couple of the lesser episodes from season one). Once I did I was hooked, but I have to think plenty of others were turned off the way I was, and potentially never returned.

The best thing that can be said about season one of the show is that its short. Clocking in at only six episodes, Parks and Rec's first season acts as essentially one long pilot, a collection of episodes for the creators to get their feet wet with the show and see just what worked. Not a lot of the first season really works, although every episode at least has a few moments that really gel. What's important, though, in these first few episodes is that the show is able to burn off all its worst impulses while giving the cast just enough time to figure out their characters so that the best aspects of the show can carry through to the later seasons.

In the show we're introduced to Leslie Knope (Amy Poehler), a dedicated public servant who works for the Pawnee, Indiana Parks and Recreation Department. Leslie has big plans, seeing herself as an up-and-comer in local government and hoping that will lead to brighter positions as she climbs up the government ladder. Surrounding her in the department are a number of odd characters: Tom Haverford (Aziz Ansari), Leslie's underling who is, frankly, a sleazy dick; Ron Swanson (Nick Offerman), the head of the department, Leslie's boss, and a guy dedicated to small government ("a good government is one that doesn't do anything"); April Ludgate (Aubrey Plaza), the dry and sarcastic college intern at the department; and Mark Brendanawicz (Paul Schneider), a city planner who works at the town hall beside Leslie and is kind of, sort of her love interest for this first season.

The plot of the show, such as it is, picks up in the first episode when we're introduced to Ann Perkins (Rashida Jones), a nurse and resident of Pawnee. She comes to a public forum, one that Leslie is hosting, to complain about the giant pit that's in the back of her neighborhood. Her boyfriend, Andy Dwyer (Chris Pratt), got drunk one night and fell into the pit, breaking both his legs. Leslie, seeing a project to take on, one that would let her put her mark on Pawnee, decides to help Ann get the pit filled so they can put a park on that lot. Then we spend six episodes watching Leslie do her best to try and see this dream through, letting this A-plot basically dominate the season. 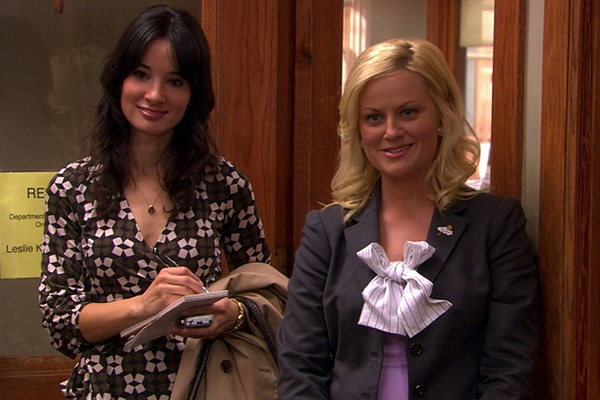 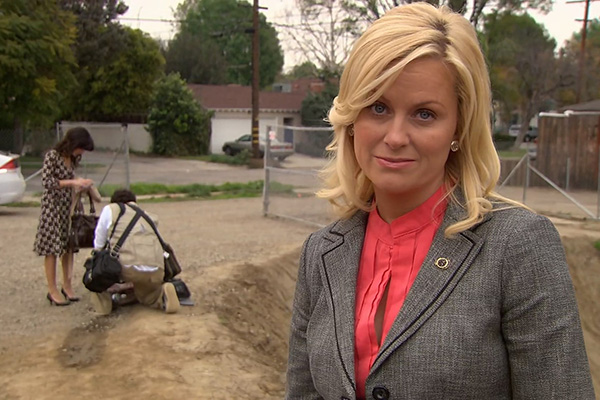 According to the creators, the pit wasn't supposed to be the whole plot of the show, just something they came back to every once in a while, giving Leslie her dream of building a park on that lot as a way to finish out the series. But, already in season one, it was obvious that the pit was a dominant storyline and, likely, would be the main pull for the show as long as it went on. Thankfully the creators learned better after this pilot season and the pit storyline was quickly wrapped up in season two.

There's a lot of that from this season to the next, as everything gets introduced here but doesn't really come into its own until later in the show. Tom, for example, is a total sleazoid here. I think they were trying to make him into the Jim of this show (a sarcastic prankster in the vein of a similar character on The Office), but the way he was written and acted made him into a complete an utter ass for these six episodes. Instead of being the foil to Leslie, he ends up being someone you hate, hoping somehow he'll get served up good for being such a righteous dick. The soften Tom in later seasons but he really sucks here.

Leslie's boss, Ron, is also a bit different here than in later seasons. He's too gruff, too stuck in his ways of hating government, such that it's his only real trait that we know about. In later seasons a more complete Ron emerges, one that actually has a fair bit of Nick Offerman's own personality infused into the role, such that he's more interesting, like a big gruff teddy bear than the aloof guy we see here.

The show also struggles to get the dynamic between Ann and Leslie right in this first season. They'll grow to be best friends eventually, but in this first season Leslie is too eager to be Ann's friend while Ann seems rather put off by the bouncy, ditsy woman. The edges are smoothed out and the chemistry between these two friends shines through over time, but it's hard to see the grounds for that here just yet. 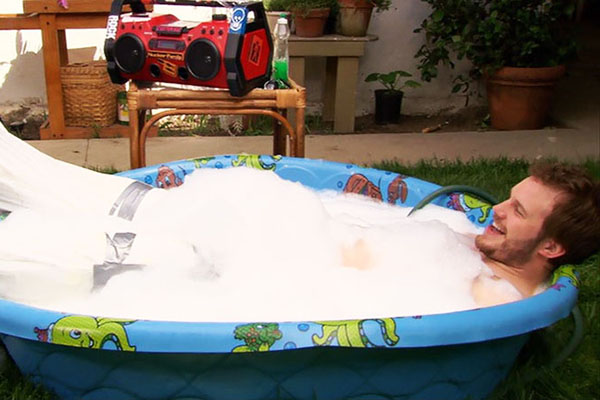 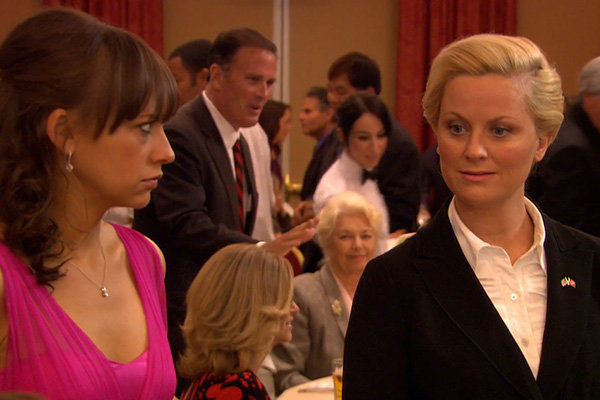 The biggest changes, though, happen to our lead. As first developed here, Leslie is kind of a dumb but well meaning leader. Although not as idiotic or uncomfortable as Michael Scott (on The Office), the character still has her moments where the show is clearly supposed to be laughing at the dumb crap she's down, making everyone around her awkward and uncomfortable. That's largely ditched after this season, bringing out the well meaning side of Leslie and allowing her to be the chipper, endearing leader than never gives up. It's a much better look for the character.

Overall this show improves after this season, but you have to get through these six episodes to get to the show it'll eventually be. These six episodes establish some necessary plot and key moments for characters that will carry through the rest of the series. It's a bit of a bitter pill to swallow right now, but after this short burst of awkward TV the show really gets its feet under it, finding ground that lets it really unleash. Get past this first season and you'll see just why everyone loves this show so much.