I Made a Horrible Mistake

When anyone thinks of The Fly it's in the context of the 1986 monster feature starring Jeff Goldblum and Geena Davis. Just as there are covers of songs that become "the version" (to the point that even the original artists acknowledge it) -- "All Along the Watchtower" as covered by Jimi Hendrix, "The Man Who Stole the World" from Nirvana -- there are movies that have taken over the original source material they reworked. Such is the case for The Fly, and for good reason as that film goes full-tilt, making one hell of a horror experience. 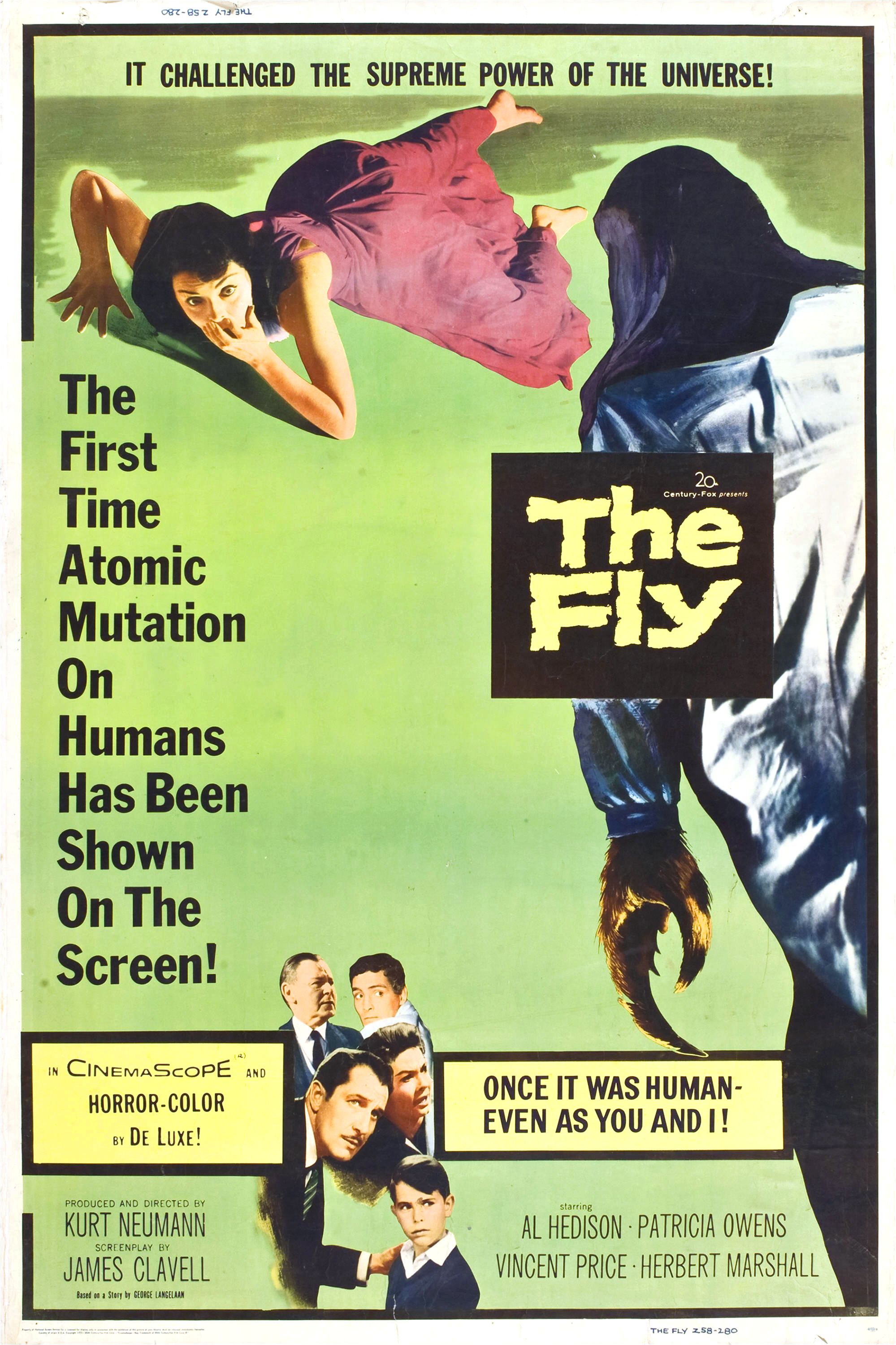 That said, there are charms to be had in the 1958 original. Although sedate by today's standards, and even in comparison to the 1986 remake, the 1958 film is pretty brilliant for a monster film of the era. If you've seen enough of the horror films from that time period (and I have, having watched plenty of monster movies for Asteroid G's sister site and Castlevania info repository, The Inverted Dungeon) you'll know they can be pretty mild affairs, more built on mood than anything actually scary. That was, of course, due to the Hays Code that limited what could be shown. And, for the era, The Fly had to have really pushed its luck.

Told in three acts, The Fly picks up after a murder has occurred. Helene Delambre (Patricia Owens) calls up her brother-in-law, Francois Delambre (Vincent Price), to tell him that she's killed her husband, his brother Andre Delambre (David Hedison). She won't say why, only that it happened at their factor where she crushed him under a metal press. The investigation corroborates that, and the police rule her at least temporarily insane, kept under house arrest while they investigate. She acts strangely, constantly searching for a fly, but continues to refuse to explain why. It's only once Francois promises to destroy the fly (which he lies and says he has) that she tells her tale.

He husband, Andre, was a brilliant scientist. His most recent experiment, in his basement lab, saw him create a teleportation device. He shows this off, first teleporting a plate (among other objects) before teleporting, as a demonstration to Helene, a guinea pig (his experiment teleporting a cat didn't go as well with the feline lost in the aether). Helene, horrified at what could have happened to the rodent, makes him swear not to teleport any other animals, and he agrees. So he teleports himself. The first time it goes well... but the second time a fly ends up in the device and when it teleports himself the device swaps the fly's head and limb for Andres. Now a freak, and Andre-fly is desperate to get the fly-Andre back so they can teleport again all in hopes that the device will correct the procedure. But when that seems like it won't happen, he begs Helene to kill him. He sets up the machine and has her press the button, and down goes the clamp. Now she just needs the police to believe her extraordinary tale.

The film is masterfully constructed. Although I normally don't like starting things in medias res when it ruins some details of the film we're about to watch -- in this case the fact that Andre is already dead so his fate is sealed -- in this context it works. We want to find out why he died, what happened in the lab, and how it all went wrong. On that score the film is a slow burn making us wait to get the story as Helene clams up and refuses to talk. By the time she is finally willing to explain, we're absolutely eager to find out the gory details (and, from the opening scene, we know they're at least somewhat gory). 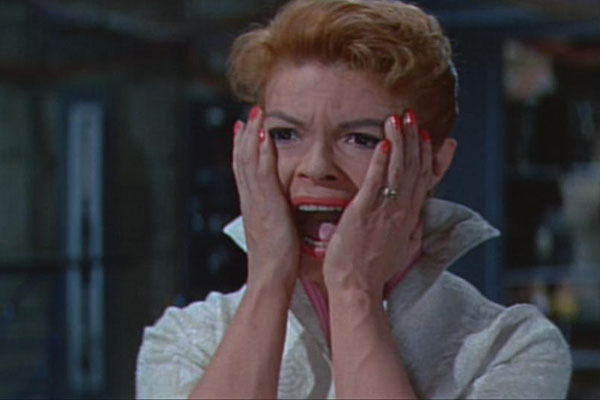 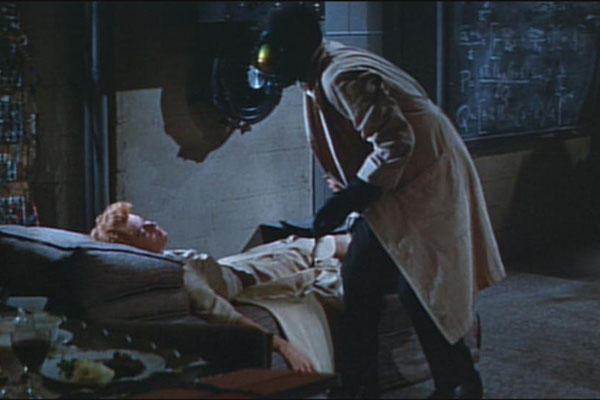 But even then, it takes a while to get to the good stuff, and by that I mean the monster effects. The film doles it out slowly, instead letting us stew on some awful ideas, like the cat lost in the aether, meowing desperately while unable to escape its awful fate lost in space. We have hope that Andre will figure out his machine even though we know, deep down, his fate is already sealed. And then, when he becomes a monster, the film doesn't show us immediately, it takes it time here too. First it shows his fly-hand, then waiting until near the end of the film to give us a glimpse of his face.

For the era, the creature effects on the Andre-fly are great. The arm is obvious a plastic sleeve the human actor shoves his hand into but the film keeps it hidden most of the time so we can't get used to it. The mask, though, is a solid piece of work, with little mandibles that can move somehow, seeming all too real for a rubber mask. It's really well done and helps to sell Andres awful fate. Considering many of the monster effects of the era, which couldn't move and were pretty cruddy looking, this Fly mask is top-notch.

That said, the effect near the end of the film, with the reveal of the fly-andre, his little head and limbs composited on the fly body, are pretty awful. I get what they wanted to do, and I understand that the tech was pretty limited for something like this, but the composite shot is awful. It's got a bad green-screen fuzz around it, and it's horribly pasted onto the fly-body. Plus, considering the way we're heard the creature described -- like a fly but with a white head -- the final shot of this thing is all wrong and makes no sense in the context of the film. It's an effect that betrays the setup.

But then the final shot of the fly-creature is iconic. The tiny head screeching "kill me" is one of those moments that has lived on in cinematic history. It's lived far beyond the life of the film itself, with it getting quoted by people that don't even know where it came from. Just a tiny, high pitched voice saying, "kill... meeeee..." For the era it certainly had solid shock value, and if you can get past the shoddy effects now, in this time, that moment still rings true. 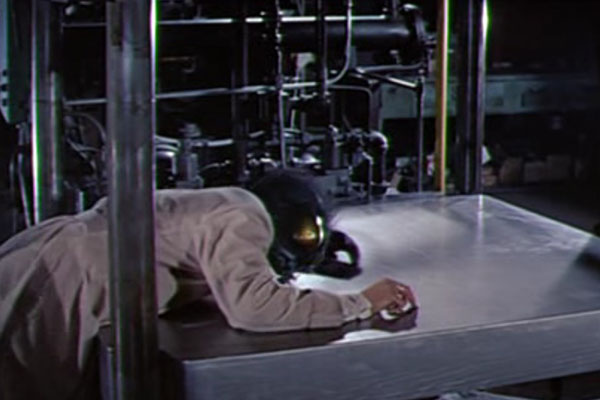 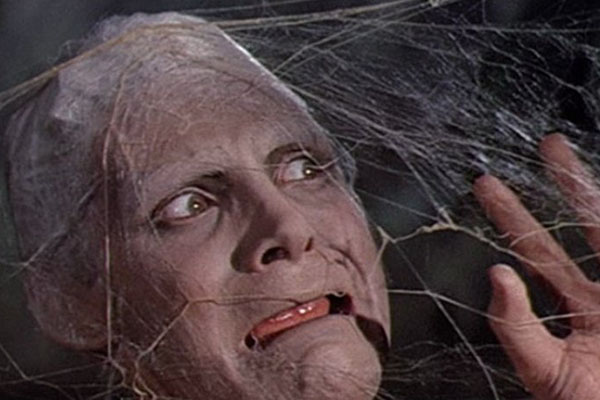 I really am impressed, overall with this film (one bad shot forgiven). The really had a lot of solid horror moments mixed in, creating a better thriller than I'm used to for the era. This is only added to by solid performances by Vincent Price and Patrica Owens, a master of horror and a killer scream queen. Between the two of them the meat of the story is sold without any artifice, the two actors fully invested in the movie, strange and unbelievable as it may be, which certainly helps to ground the film and keep the audience invested. That's how solid horror really works, investing you in the mundane and making it livable so that, when the obscene happens, you're shocked out of your comfort zone.

This is a solid, well-made horror effort. While I don't think anyone would argue that the 1958 film is somehow better than the 1986 remake -- that film is an absolute masterpiece of body-horror -- this one has its charms. It's a fine piece of horror cinema from an era that struggled to produce anything approaching scary content. It inspired a series of sequels and remakes, but without this film we wouldn't have those works, and it's all because this film is so effective.