The Needs of Business

In each step of Halt and Catch Fire's progress, the series has have a forward looking view for technology -- an easy view for the show to have since it's writing about technology and advances 30 years after the tech developed. That's always been the intriguing concept for the show -- how would it look like for characters on the ground floor of technology back when computers became a thing, or BBS forums, or the wide spread of the Internet? -- but then it's also been a failing because it's easy to say, "we would have done this if we'd been alive then," which is what people always say with hindsight. 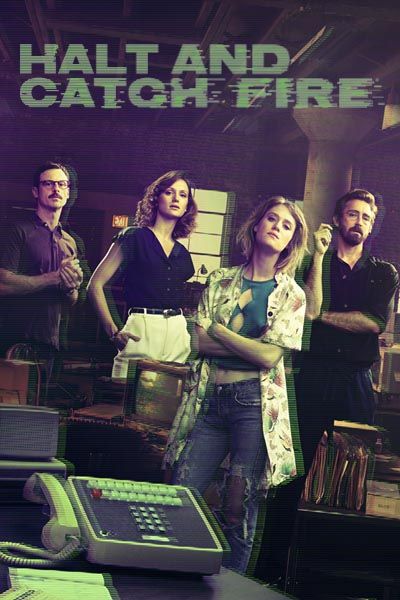 Those two warring factors are at play once again in this season as the show dives deeper and deeper into the land of the Internet. We saw last season as the show dabbled with Online gaming, using a kind of hybrid Battle.net/BBS system for its burgeoning 'net company, Mutiny. Due to plot machinations last season, though, the company dropped its gaming side, focusing solely on its chat interface, Community, sending the company into the land of social media. This puts it somewhere in line with chat messengers and IRC, but still ahead of the game by a margin. Where the show would take the company from there, and what it would cast its eye towards next, was the real question.

Picking up several months after the previous season, we find Mutiny setup in California, an up-and-coming tech company with its eyes on a bigger share of the market. Although it's still catering only to the C64 crowd (having not shifted over the Linux or DOS yet, despite Joe trying to get them to convert last season), their member numbers have quickly been rising and their income continues to expand. In the process of all this, Cameron and Donna notice a new trend in Community: people are using the channels to do trades, almost like e-commerce but without that name actually being applied yet. The ladies want to take their company further into that sector, and need Venture Capital money to make it happen. Unfortunately no one will give them the time of day and that's because, apparently, there's a new company that's also in the e-commerce sector and they've been there for a full year ahead of Community.

Meanwhile, as Mutiny deals with their competition and struggles to grow further we have Joe, now the head of a virus prevention company, battling with Gordon over ownership of the company. But while that external struggle goes on, Joe is also looking ahead at the next big thing which, he things, could be the expanding of the NSFNET, a non-profit network that could, very well, be the next big thing in communication. He works with a one-time Mutiny employee, Ryan, on mapping the networks and finding its strengths and potential for growth. He just had to get his board on board (as it were), no easy feat for a large and now slow moving company. The 'net is expanding, and our heroes continue to be on the forefront, one way or another.

Now into its third season, the disparity between plot lines for the ladies and the gentlemen on this show is stark. While Joe and Ryan (and later Gordon) get sucked into the NSFNET story, which certainly sets up the rise of the Internet to come, it's the less interesting storyline. Yes, it's forward looking but seeing characters stare at a cork board with a representation of the Internet to come might be technically correct but it's also not very engaging. Joe makes his big speeches, we're told how important the NSFNET is going to be (told, not shown), but it doesn't really amount to more than that. Yes, there's a big twist near the end of this plot line that finally injects drama, but for a long run of episodes, Joe and Ryan are mired in a storyline that doesn't feel like its really going anywhere. 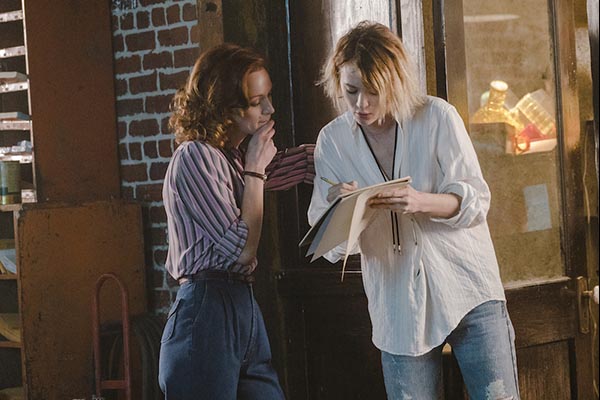 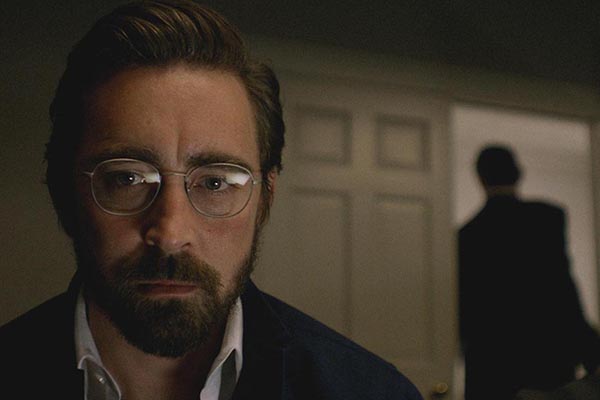 The story of Mutiny, by comparison, is so much better. For starters, their technology is something we can see and understand without them even telling us about it. Having grown from just text on a screen last season, now Community has a graphic interface, characters wandering around a town with text bubbles above showing the conversation. It feels appropriately goofy and low-tech while still fitting into the style of programs from the era -- it's like a chat program filtered through the classic Sierra adventure games, which is a lovely touch. We implicitly understand the appeal of their program and can get invested in seeing it prosper simply because of that.

When the users of Community start doing their trades, presaging e-commerce, it's again something we understand. We've already seen Online retailers in the modern age, but also Ebay as well. That basic understanding feels implicit, but instead of just coasting on that knowledge (as the NSFNET story tries to do), we instead see Cameron go and make an actual trade in person. Show, not tell, which allows us to see it in action and understand how Community's eventual e-commerce side will grow and expand. That's smart plotting.

It helps that Donna and Cameron are vastly more compelling characters than Joe or Gordon. Joe is much too internalized, always hiding who he is behind platitudes. The few moments of character development are good, giving Joe (and actor Lee Pace) room to show emotion and a bit of growth, but they don't come very often, leaving Joe feeling like a cypher. Gordon fares better this season, being a more open and honest character who interacts will with others, but he's not given nearly as much to do this time. He feels like a hanger-on instead of someone actively driving the plot forward.

By comparison, Donna and Cameron are active, pushing their stories farther while emotionally connecting with each other and the stories as a whole. Cameron, while Joe like in some respects (especially in how she keeps some parts of her secret and hidden), still manages to be a real, raw, emotional person. This makes her vastly more compelling and interesting, with her drama coming as much from her inability to get out of her own way as from her grand ideas and technical skill. She continues to be a thoroughly interesting, deeply flawed, at times confounding character, making her the heart of the show. 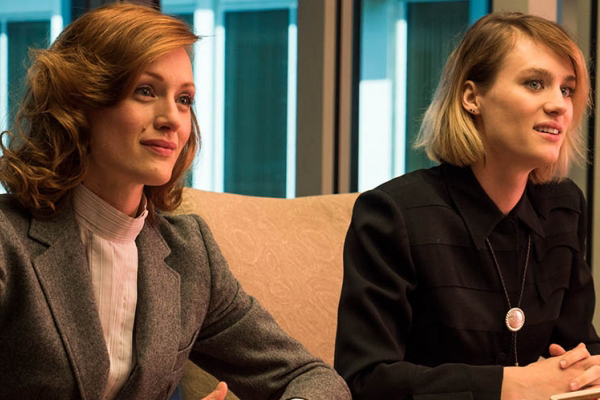 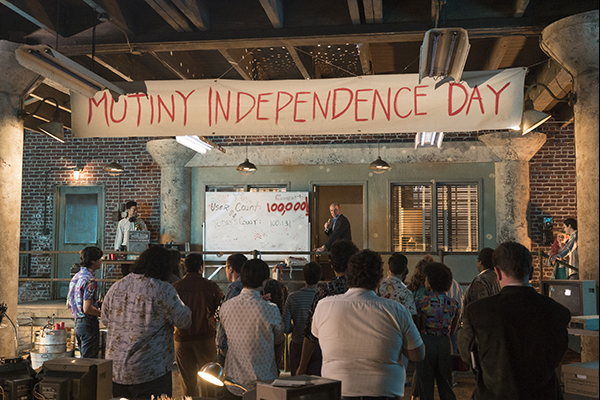 I would have pegged Donna as the heart of the show up until this season, but she shifts away from it, becoming, in a sense, the villain of the piece. She ends up lying to Cameron more than once, working at cross-purposes with her supposed business partner, which leads to a number of dramatic moments. But what's key here is that you understand where Donna is coming from. She pushes herself into this antagonistic role, but she does it from the perspective of worry about her company and the hope that she can make it better. The road to Hell, good intentions, and all that comes with are the driving force for her story. No one here is really evil, it's just how past decisions pile up and end up coloring future events. That's Donna's struggle and while she's not the heart and soul of the show this time, she does make for a very compelling character all the same.

And I think this is where we finally have to shake off the idea that Halt and Catch Fire was ever going to be a Mad Men clone. At this point we have deep and interesting characters, ones who seemed like side characters in the first season becoming the focal point for drama and growth here by third season. Meanwhile, all the Mad Men-style characters are shunted off to the side, given lesser storylines that might be forward looking but aren't compelling just yet. And it all works as a kind of internal structure, no competition from without but turmoil from within. The show has shake off its roots to become better, deeper, and more interesting than I think AMC originally expected or anticipated. Mad Men was a good show, but by third season Halt and Catch Fire becomes a show I can go back to again and again.