Who the Hell is this Guy?!

Let's be frank: Jason Bourne is not James BondThe world's most famous secret agent, James Bond has starred not only in dozens of books but also one of the most famous, and certainly the longest running, film franchises of all time.. If anything, that was the point of the first film in the series, The Bourne Identity, a movie that felt like the anti-Bond, purposefully designed with its low-tech aesthetic, hero that could improvise with the materials around him, and a complete lack of gadgets to show just how silly and flawed the Bond series had become. It was a shot across the bow, if you will, and the Bond series had to answer. And it did, with Casino Royale, a film that learned from Bourne to completely remake its title character. 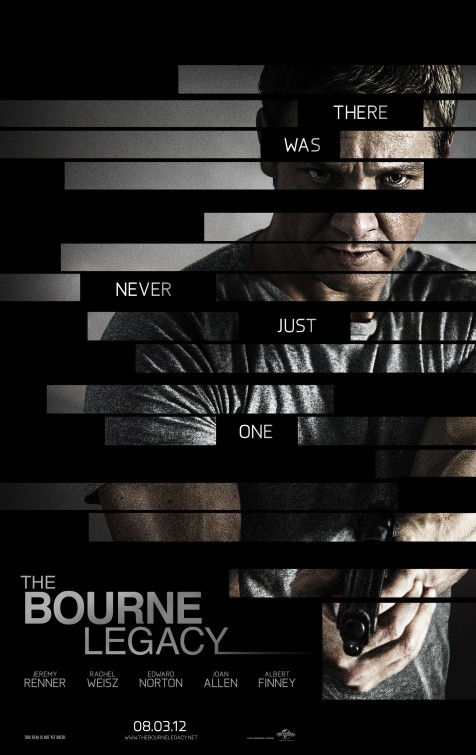 After three films of Bourne being Bourne, though, the film actually started to be the exact thing it was meant to oppose: a long-running, cliched and tired espionage film. Bourne was designed not to be Bond but, somewhere along the way his film series had picked up a few of the tendencies of the longer-running spy series. And that includes trying to recast a new actor to take over the role of previous series hero. Thus we're introduced to Jeremy Renner's Aaron Cross, another agent in the whole CIA morass who is forced to go on the run after his handlers betray him.

The main problem with The Bourne Legacy starts even before the film gets going and that's because Renner is not Matt Damon. Frankly, I've never been a fan of Renner in general and the thought of him trying to step into a position vacated by a better, more talented actor just put me off when I first saw it. Going back and watching the film again, trying to keep an open mind about Renner's Cross, I'm still struck by the same fact that Cross is not anywhere as interesting as Bourne, no matter how much the fourth film tries to emulate the original The Bourne Identity in construction.

We're introduced to Cross while he's out in the wilderness, living on his own in the great white north. Unbeknownst to him, the CIA is in full panic mode (during and after the events of The Bourne Ultimatum (setting this film as an overlapping sequel to the third film in much the same way that Ultimatum overlaps The Bourne Supremacy) and so the whole of the Treadstone project (and all it's follow-ups and spin-offs) is being terminated to wipe the slate clean so the CIA can pretend they never were doing any of these awful things. "Killing Americans? We'd never do that! Honest!

Their attempt to kill Cross via drone fails (because if it succeeded this would be a very short movie) and that puts Cross on the run, trying to stay alive as best as he can. There's only one problem: the version of Treadstone (or whatever you want to call it) that Cross was a part of used a drug cocktail to give all the agents enhanced physical and mental strengths, and Cross's supplies have run out. TO stay ahead of the CIA and keep alive, Cross needs an ally that can get him what he needs, so he goes to Dr. Marta Shearing (Rachel Weisz), a scientist working on the Treadstone-ish project who had treated and tested Cross over the years. And, wouldn't you know it, the CIA is trying to kill her, too. Now they both have to run, and allude their killers. Or else. 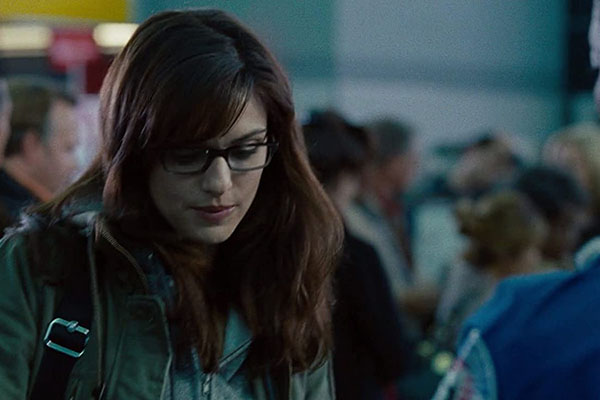 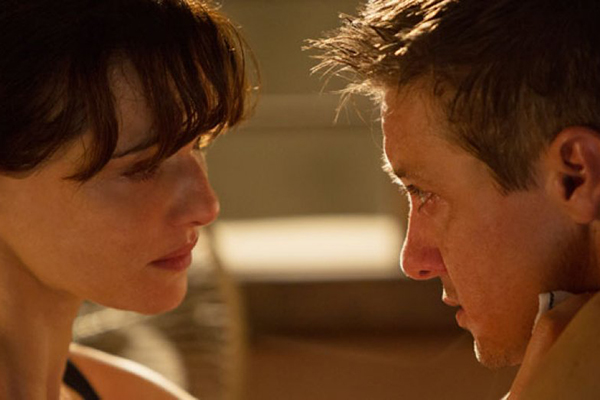 Frankly, Cross is anywhere as interesting as Bourne. I understand why (from corporate motivation) they had to create the character: Damon didn't want to come back to the role of Bourne, especially if his favorite director, Paul Greengrass (who had directed the second and third films) wasn't willing to return as well. Since that director was off any Bourne projects, Damon walked as well, and without Damon you didn't have Jason Bourne. Sure, you could have tried the Bond trick of replacing the actor and not saying anything -- same agent, new face -- but I doubt audiences would have accepted that. Damon is Bourne, in essence. So if you want to continue the franchise you need a new hero.

From a totally mercenary fashion, Cross works. He's a agent, as good as Bourne, and he's motivated to run from the CIA and stay alive. Plus, given him a female character to play off of and you have that Bourne/Marie (or Bond/Bond Girl) dynamic that worked so well. Unfortunately, the down side of creating a new character is that you have to explain who he is and why he's running from the CIA, and you can't just have another agent suffer amnesia and go on a mysterious hunt for answers. So, instead, the film faffs about for 45 minutes (I paid attention), tediously plodding through all the setup of Cross and Shearing just so it can then, finally, get to the good stuff. And even then that's just to get our two heroes together.

They then still have to spend more time explaining the drug cocktail Cross was on, giving all the pseudo-science behind it, trying to get us to the actual setup for the back-half of the movie -- going to Manila where the meds were made so they can engineer a way to get Cross off the drugs (to "viral off" as the film gracelessly explains it) and keep him as a super solider. The film desperately wants us to view Cross as the next Bourne, to set him up to be just as powerful, just as free of the CIA, but it spends forever to get there only to then give us one decent action sequence before finally rolling the credits. It simply doesn't work.

A big issue is just the fact that this film is stupid. Identity was a smartly constructed little thriller, one that kept everything low-tech and grounded so that we could focus on the lead hero and the things he could do (due to, we original supposed, his training). But Legacy loses sight of all that, introducing drug cocktails, fancy science speak (that really doesn't hold up if you research it at all), and tech upon tech (mostly used by the CIA to hunt Cross), all of which muddies the intent of the original film and makes Legacy feel not just like a side-boot of the series but a poorly constructed copy-of-a-copy-of-a-copy. 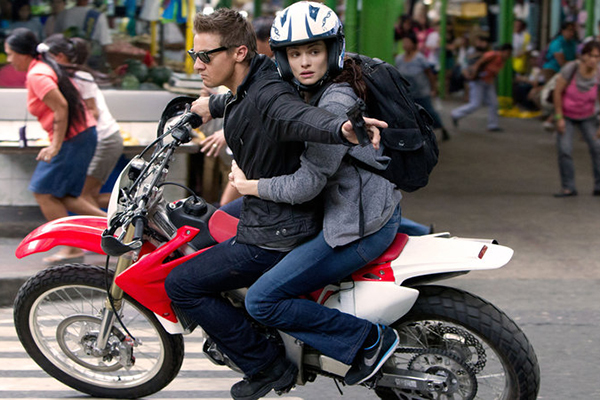 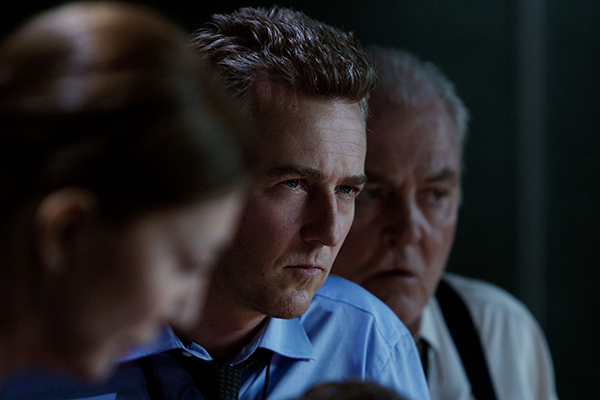 Plus, now we have to wonder if all these drugs and viruses and everything else all part of the Treadstone training program from the beginning. Was Bourne engineered, and not just trained? The second and third films were already obsessed with given Bourne more back-story, retconning things over and over again to give the illusion of depth (that really wasn't there), and now Legacy pushes it even further and for what? A milquetoast third-rate agent given top-billing because the better hero refused to come back. It's just sad and does nothing for the long-term prospects of the story.

Even if this film didn't have Bourne in the title and was just some espionage film produced by Universal with no connection to the main series it still wouldn't work, and this is where we have to come back to ripping on Renner (which, really, is just so much fun). He's bland, an emotionless husk with a limited range and no charisma (an opinion I've had ever since Renner's HawkeyeSeemingly created in answer to DC's Emerald Archer, Green Arrow, Hawkeye is the resident archer/sharpshooter of the Marvel universe. Although he started as a villain in the comics Hawkeye quickly became a hero before cementing his place as a regular member of the Avengers. was made a part of the Marvel Cinematic UniverseWhen it first began in 2008 with a little film called Iron Man no one suspected the empire that would follow. Superhero movies in the past, especially those not featuring either Batman or Superman, were usually terrible. And yet, Iron Man would lead to a long series of successful films, launching the most successful cinema brand in history: the Marvel Cinematic Universe. AvengersMarvel's answer to DC's Justice League, this team features many of Marvel's biggest superheroes working together to protect the world and avenge its evils.). I would have loved it if he could have risen to the level of Weisz, a charismatic actress that can sell even the stupidest shit (see: The Mummy and The Mummy Returns). But here, if anything, Renner drags the actress down, making them both less when they should have been more.

It's what really betrays the ending more than the terrible plotting, the lack of action, or the stupidity of the story. As the movie wraps (and spoilers for an eight-year-old movie) we see the two of them on a boat, out somewhere in the middle of the Chinese seas, planning their life together, and I just had to question, "why?" What is the point of all this? Neither of them have any emotion for the other (especially not Renner, animate slab of meat that he is) and you don't care if they stay together, die lost out in a desert, or get killed by the CIA. You just don't care, ever, but especially when they get their happy ending and then usual Bourne music swells. The film tries to play it all up as a huge success but then ending comes out like a wet fart.

This movie sucks, hands down (and if it weren't for the absolutely stupidity and pointlessness of the next film I'd call it the worst Bourne film of the set). There's a reason Universal has been coy about saying if Renner will ever return to the franchise because, clearly, they know the truth: Renner's Cross is awful and no one wants him back. Sadly, after this we still have one more awful adventure to go...