Hollywood does love a sequel. When A Quiet Place made a metric butt-ton of money (a technical term used when a film made for $17 Mil hauls in over $350 Mil at the Box Office), there was no doubt that the film would receive a sequel. Whether original writer/director/producer/star John Krasinski had any plans for a sequel, or any desire to make one at the time, Box Office results like that require a sequel from the Hollywood machine. Someone was going to make it eventually. 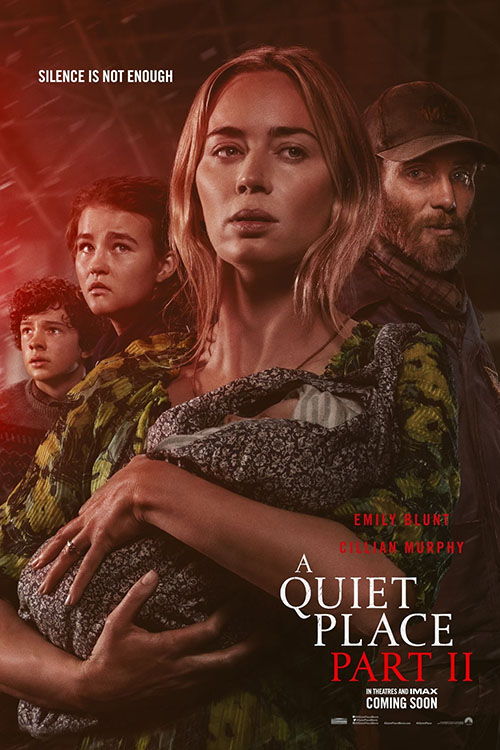 Bear in mind that the original film didn't necessarily need a sequel. That film ended (after one of the lead characters sacrificed themselves for the good of the group) with the heroes finding a way to defeat the evil and, presumably, find a bright future going forward, it really didn't seem like a sequel was needed. Even the creator, Krasinski, initially seemed reticent about the idea of a sequel. That quickly changed though when he came up with an idea for the film, one that he thought could work to extend the story out further. The question, then, would be if this new film could somehow really justify extending out the story past that solid ending from the first movie.

The short answer is: not really. While there's nothing inherently wrong with sequel A Quiet Place: Part II, it also doesn't really do anything new with the premise or the world of the original film. It's a series extension that continues the story, sure, but when it comes to fresh and bold ideas, like the first film presented, Part II only has what the first film gave us, just more of it. The freshness of the concept is gone in this sequel leading to a very similar, but competently made, sequel.

After an action-packing opening showing the day of the alien invasion, the movie jumps forward. Picking up right after the events of the previous film we find the members of the Abbott family -- mother Evelyn (Emily Blunt), daughter Regan (Millicent Simmonds), son Marcus (Noah Jupe), along with their newborn baby -- surveying the wreckage of their farm after the attack by the sound-sensitive aliens. Realizing they can't stay in their safe place (since it's all destroyed), the family packs up what they can and heads out into the world to try and find a new sanctuary. What they eventually find is a warehouse occupied by Emmett (Cillian Murphy), a family friend, and he's rigged the warehouse to be a very safe, and very secure, hideout.

Emmett has been on his own for a long time, his family having died early in the invasion. He's since put himself in a very isolated place, physically and mentally, and initially doesn't even want the Abbotts in his safe place. Eventually he acquiesces, though, and over time bonds with the Abbotts once more. However, when Regan runs off, realizing there might be a way to take the device she has that stuns the aliens, making them killable, and broadcasting it wide via radio, someone has to go after her. That job falls on Emmett while Evelyn stays with her baby. The dangers of the outside world go beyond just the aliens, though, and Regan and Emmett could be in for quite the dangerous trip to try and stop the aliens. 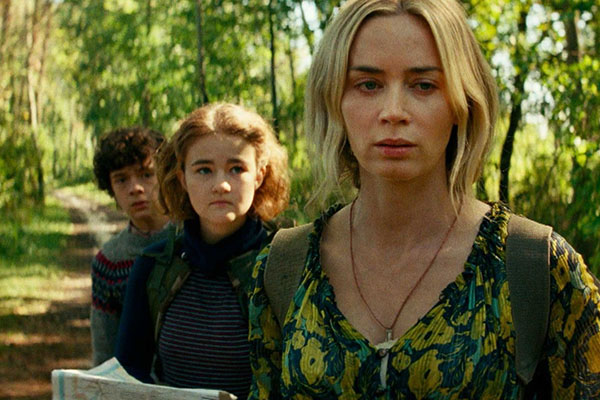 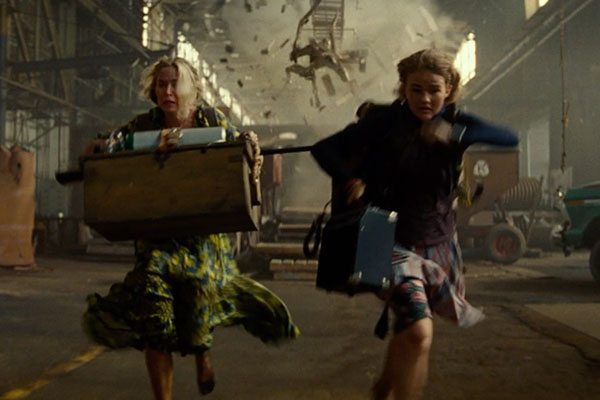 Tonally A Quiet Place: Part II is a different beast from part one. While they both clearly take place in the same world, the first film found its own vibe to play with, hanging out in the post-apocalyptic genre while finding its own vibe to explore. This new film, though, doesn't really have a new path to explore this time around. By shoving the Abbotts out into the world the film has to find new dangers for them to fight against (and run away from) and the best the film can do is play in all too familiar territory: the zombie genre. While the film doesn't have zombies, everything about its aesthetic feels like it was stolen from The Walking Dead and other modern zombie productions.

To start, the various places that Regan and Emmet end up exploring feel cribbed from zombie fiction. We see plenty of abandoned locales, rusted out vehicles and toppled over buildings, scattered refuse and decomposing bodies. Part of the magic of the first film was its very lived in world, a world crafted by the characters that, while still post-apocalyptic, was still oddly orderly in its own way. While its fair to say that the rest of the apocalypse wouldn't be that orderly, or neat, or tidy, it's sad to see that there wasn't a fresher idea about how the world would look or feel.

Worse, the film borrows another convention of the zombie genre, namely that it's the humans, more than the monsters, that need to be avoided. While Emmett eventually becomes a decent person, finding his humanity again, another group we find (which doesn't really get explored all that well) have been driven mad by the apocalypse. They're the scavengers of the world, luring other humans in and killing them for their stuff. It's an all too familiar trope (one that was used, and then overused, on The Walking Dead, among other places). Here it feels like its dropped in more for an action beat than for actual storytelling, especially since the film doesn't develop the characters at all and then dumped them into the carnage pit once aliens show up.

And then there's the inevitable pocket of humanity that's living an idyllic life in safety. We've seen this too (again, repeatedly on The Walking Dead). There's always some pocket of people that have managed to find a way to avoid the apocalypse, or rebuild their old lives in safety. Then the heroes come along, and somehow the monsters from the outside follow them, ruining this perfect existence. That same storyline plays out here as well, with our heroes following a source of radio transmissions to a quiet island with a small town on it. Inevitably the aliens somehow follow, though, and everything is ruined. Nothing about this plot point is interesting, it's all just so familiar. 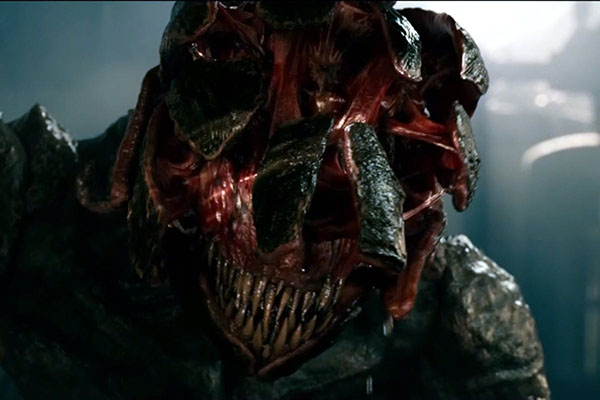 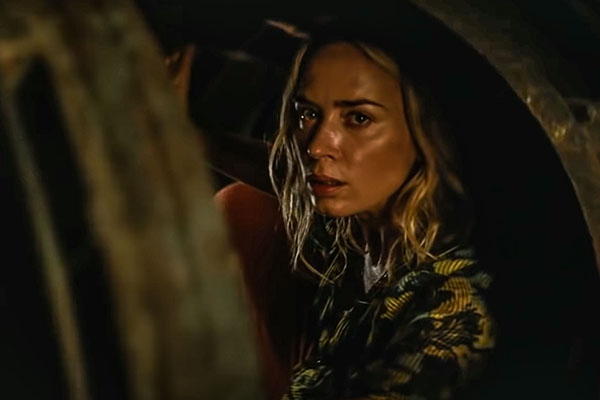 This isn't to say I hated Part II. For what it is the film is very well made. It's just that the first film had such a unique point of view, a cool way of telling its story that made it feel fresh and interesting. All the things that worked in that film, though, are traded away so the sequel can play with tropes that every other horror production uses. The originality of the premise, and the world, is gone. We have great actors giving solid performances in this sequel, and there are decent moments of tension all on their own, but the film on the whole feels more like a copy of other works than the truly original first film.

I suppose that was inevitable, though. It's hard to take a film and create something truly new for a sequel. Most films simply iterate on what came before, and A Quiet Place: Part II does the same. It's decent, scary at times, and good enough to entertain for a couple of hours. It doesn't replace, or improve, the first film though, and that's its biggest failing. It's a series extension that doesn't feel necessary, disposable entertainment that has none of the staying power of the original film.