Grotesque, But Not in a Good Way

Well, here we go: the film I knew I was going to have to cover someday, I just really hoped I could keep stalling. Unfortunately I've just about hit the bottom of my own personal collection of Slasher flicks and I knew when that happened I'd have to cover this film. So let's get into it with the first Sleepaway Camp, a film that has a certain infamous aura around it. Why? 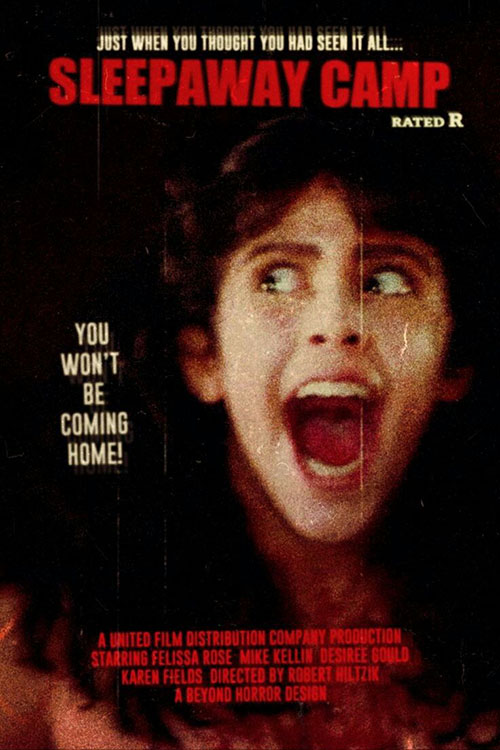 In part it's because Sleepaway Camp is a bad movie. At times it's a trashy, campy bad film. Sometimes it's just a poorly made film. And, especially near the end, it gets pretty regressive and hard to watch. But it's never actually a good film, no matter what kind of cult status is may have achieved over the years. I can't say I much cared for the Friday the 13thOne of the most famous Slasher film franchises, the Friday the 13th series saw multiple twists and turn before finally settling on the formula everyone knows and loves: Jason Voorhees killing campers 'round Camp Crystal Lake. films but in comparison to the slap-dash efforts of this film, let alone how poorly it's aged, those films are practically worth of the Criterion Collection.

The issues with the film start early, with an opening sequence that is hideously acted. A father and his two kids, Angela and Peter, are relaxing on a small boat in a lake (by a camp) when their craft capsizes (due to a prank from one of the kids). Everything seems fine right up until a motorboat, driven by a camper, crashes into the capsized craft, killing the dad and one of his kids. We then cut to eight years later as the kid's aunt, Dr. Martha Thomas (an amazingly overly-broad Desiree Gould), sends the surviving kid, Angela (Felissa Rose) to summer camp along side her cousin, Ricky (Jonathan Tiersten).

At camp, Ricky settles right in, reigniting friendships with campers from years past while trying to get back together with a now-disinterested old flame, Judy (Karen Fields). Angela, though, is shy and quiet, not wanting to talk to any of the other kids. However, it does seem like when people are mean to Angela -- other campers, counselors, the head cook -- bad things happen to them, almost as if there were someone purposefully attacking (and sometimes killing) them (and yes, there absolutely is someone behind these "accidents"). Could this be the end of the camp, or will the counselors find the killer before every camper is dead?

I generally like to try and find some nice things I can say about a film so it doesn't so awful when I rip into a movie for everything it gets wrong. However, Sleepaway Camp is such an amateurishly bad film that it's hard to find anything to like about the movie. This is the kind of film where you're sitting there watching it going, "how on Earth did this get released by a studio?" But then, during the Slasher boom of the 1980s, it didn't matter how bad a film was so long as it could get shoved out the door to make a few bucks. 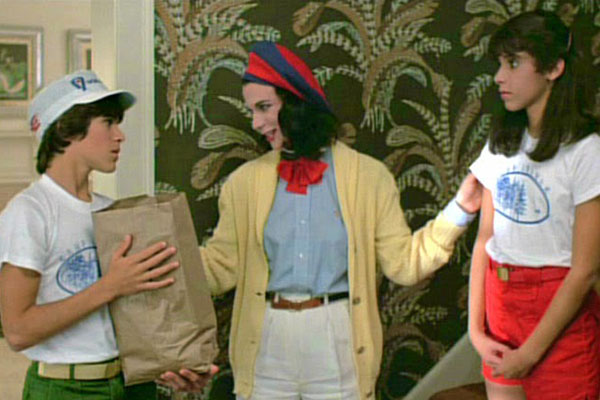 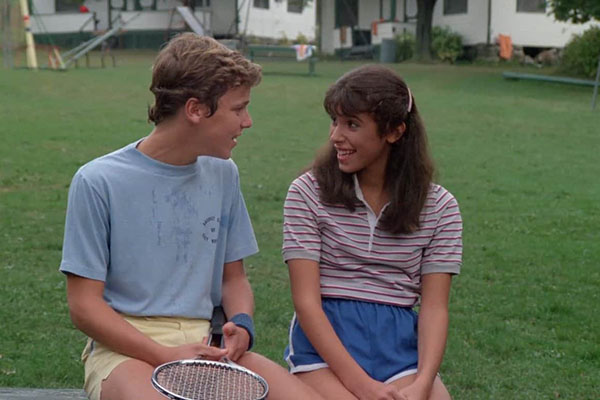 There are really only two things I can single out as actually decent in the film, in their own ways. First Gould's Aunt Martha is a camp masterpiece. It's not a good performance, but it is amazingly over-the-top, clearly showing that the actress knew what kind of film she was in and just went with it. Meanwhile, lead actress Rose is pretty good in her role (at least right up before the finale), playing the shy side of Angela really well, finding a sweetness in the character, but then she can switch on a dime and bring out these cold-as-steel eyes and you can see how she could be the killer. These are the only two actors, in a film absolutely packed with fake counselors and campers, that are worth a damn.

It's not just that the acting is bad (although it really is, like absolutely astoundingly bad) but that the film is amateurish on every other level as well. The pacing of the film is glacial at best, with the story not so much moving along as just meandering. It's hard to tell how much time passes at the camp, or how long things go on before Angela decides to kill someone (spoiler, I guess), so there's no way to tell the pace of the camp's activities. The kids be at camp for the entire summer, with the bodies falling occasionally, or it all could happen in a week with the killer racking up a spree-style body count (and in that case the camp leaders really should have shut the place down when it all started up).

And there's the fact that the kills, for the most part, just aren't that interesting. Most of what happens occurs off screen, whether it's a guy getting burned nearly to death, or someone being stung by wasps until the die, or other stabbings, burnings, and beheadings. Most all of the actually action happens out of frame and we're left only to see the end result and this drains all the tension. There's a play between tension and release, but for the actual kill to land you have to see something of it. Just getting the aftermath reduces the tension, and the horror, to the point of nonexistence.

All of that only makes the film bad, though; it's the ending that makes it infamous In the ending (and, yes, spoilers if you somehow want to watch this forty-year-old film) Angela is revealed to not only be the killer but also to be a dude. It seems that when she went to live with her Aunt, dear old Martha felt that she didn't need another boy around this house (what with her own son, Ricky) so she told the surviving boy from the boating accident that he was going to be his sister, Angela, instead. This is then also coupled with the revelation that Peter/Angela's father was in a gay relationship and, somehow, this motivates Angela to kill. That's... a lot. 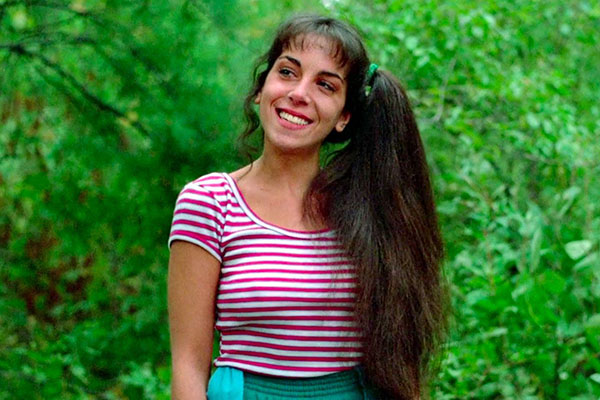 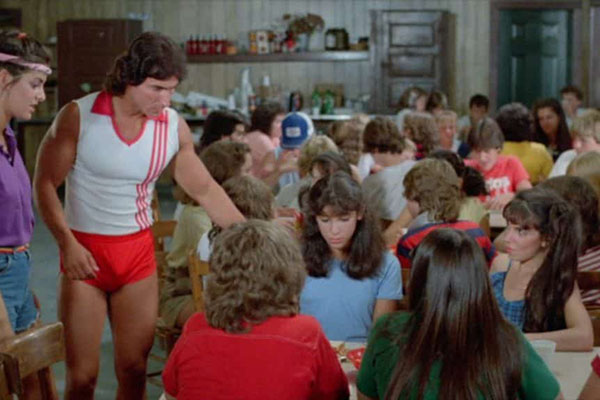 A kind reading of the ending is that thee creators of the film were simply trying to be "edgy" and "transgressive". However, considering the era it came out in (with Regan-era politics) and that the killer is motivated by being trans and her own "gay panic", it's hard to view this as anything other than using a LGBTQ+ bogeyman as a killer. "If you're gay, or trans, you're going to kill." That might not be what they intended but that's the way the film reads now.

In short, I hated this film. I hated the way it was produced, just about all the actors in it, and I especially hated this ending. I knew what to expect with this film as I'd seen it years ago but I still tried to give the film the benefit of the doubt. "Maybe it's not that bad. Maybe the ending plays better..." No, it does not. This is a wretched, awful film that has aged poorly in the years since it was released (but probably was out of step with the views of a lot of people when it was released, too). My only hope is that the later films in this series ditch the awful homophobic and transphobic elements because if I have to sit through four more films like this I'm going to be really annoyed.