In the Army Now

The oeuvre of Bill Murray can be hit or miss. He has a lot of hits (Ghostbusters, Groundhog Day, Rushmore) and a fair number of misses (Ghostbusters II, Mad Dog and Glory, Garfield) and it seems like much of what makes one of his movies "good" is his level of investment in the movie. If he cares about a film he'll bring his A-game, ad-libbing around the script and making it as great as it can be, but when he's bored and disinterested in the film it's shows and the film drags. 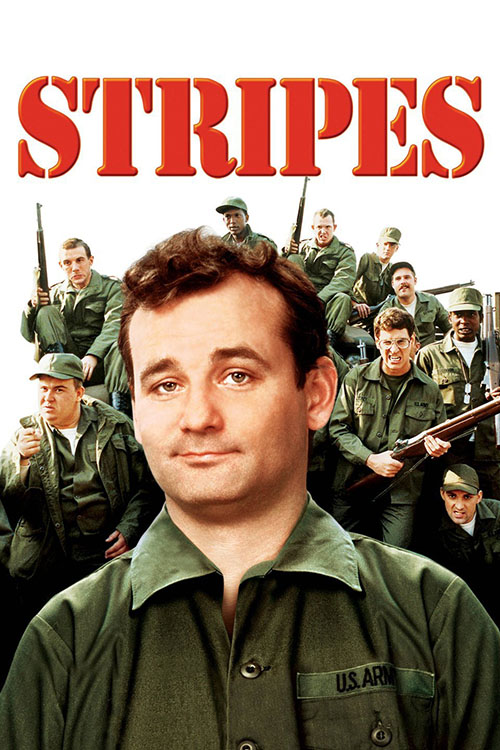 Stripes was released in 1981, a parody of military life that (as Josh pointed out in our podcast, the June Watch Party for Stripes) Full Metal Jacket (or, since that movie came out six years later, maybe it's the other way around). But while it's held up as a classic of Murray's filmography, and it did make a lot of money back in the day ($80 Mil against a $10 Mil budget), the film doesn't really hold up at this point. What might have worked in the 1980s during a similar spate of raunchy comedies (Porky's, Caddyshack, Animal House) feels tired and flabby now and, worse, out of step with opinions today. Quite frankly, Stripes no longer seems like a classic, despite what some might say.

The film focuses on two down-on-their-luck losers, Bill Murray's John Winger and Harold Ramis's Russell Ziskey. After Winger loses his job as a cab driver, he convinces his friend Ziskey that they both should find an easier way to make a buck and, for whatever reason, Winger settles on joining the U.S. Army. The way he looks at it they'll get paid along with free room and board for as long as they serve. What's not to like? SO they both enlist and head off to boot camp where, you'd think, they'd suddenly come up against the hard reality of military life.

Instead, though, Winger and Ziskey end up in a squad of losers, none of whom are really cut out for military life or being soldiers. But, instead of the lot of them quickly getting cashiered, or molded into proper soldiers, Winger and Ziskey find a way for all of them to slack off and somehow still escape boot. Then they're sent on a mission to guard a secret military vehicle (a Winnebago of Doom), which our two "heroes" also manage to fail at. Before long their squad is headed after them as Winger and Ziskey take the van out for a little joy ride, all their allies end up in the Czechoslovakia, and then it's up to Winger and Ziskey to bail out their mates and save the day for the good old U. S. of A!

Stripes is, at it's core, a rather formless "slobs vs snobs" comedy. Like a lot of comedies of the era, most of the humor is derived not story (of which there is very little) but by introducing a bunch of goofy characters into an otherwise straight-laced scenario and letting them wander (think Caddyshack and golfing or Animal House and college). The characters are then let loose to do their thing, with the "establishment" failing to curtail their mischievousness. Eventually it's the system, not our slobs, that bends (or breaks) and the protagonists win the day (whatever that means in the context). It's a pretty standard formula, really. 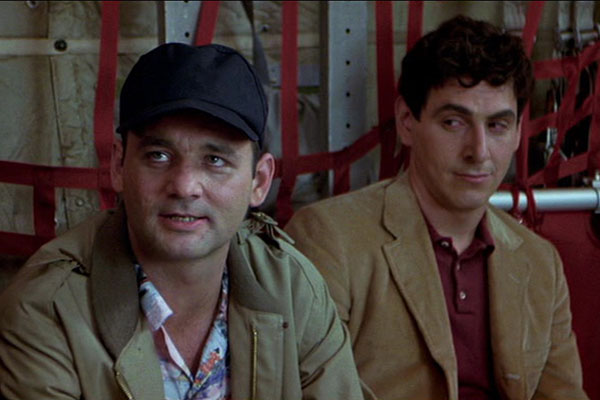 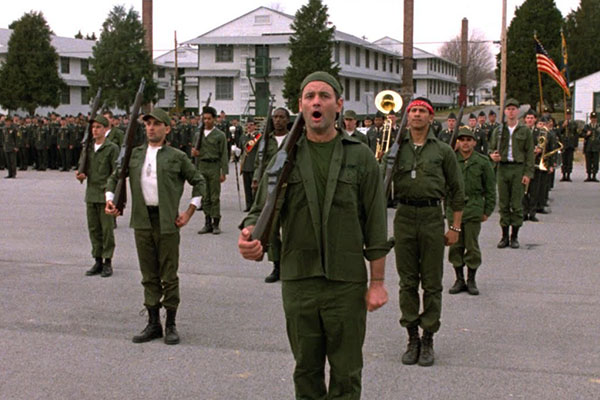 With this setup, Stripes does very little interesting or special to differentiate itself from the field. It's still the same kinds of antics, interspersed with a bit of nudity to keep the young men interested, that were a hallmark of all these kinds of comedies. The only thing different here is the inclusion of Murray and Ramis. Hell, Murray had a already done two of these kinds of comedies before, Meatballs in 1979 and Caddyshack in 1980, so it's not as though his inclusion was even all that fresh. This was another rote comedy for him, all things considered.

That might explain part of why Murry doesn't feel invested in his performance as Winger. Having already played this same kind of character in Meatballs, and then getting to play an absolute loon in Caddyshack, Winger had to feel like just another role for the actor. He's certainly not invested here, rarely bring his broad comedic charms to the role. Winger might be the agent of chaos, the guy that wraps the whole movie around him, but in Murray's hands it feels like just another paycheck role. He's here, but he's not really invested.

Better is Ramis as Ziskey. Ramis has a certain dry, sarcastic charm (just go watch Egon in Ghostbusters), and the actor brings that same wit to Stripes. Often Murray, or one of the other characters, will say or do something and it's Ziskey's dry reaction to it, a little play on words or a biting remark, that drives the humor. Ziskey gets all the best laughs, with Ramis clearly stealing the show here. Unfortunately the film doesn't do quite enough with him, instead relying on Winger to really drive the humor (which Murray hardly ever does).

I think the movie was setup so that skits could happen (the guys going through the obstacle course, the guys practicing their rifle drills, etc.) and then we'd cut to Murray for a reaction shot and a bit of him being his usual self. The film does try this, but Murray has little to say or do. He just doesn't seem motivated in the material and it keeps much of the film from finding it's energy. Of the whole first two-thirds of the film the only section that has real energy to it is the big graduation ceremony where the rank-and-file of the squad comes out, doing the rifle drill they practiced all night. That's it, out of a good hour or so of film. 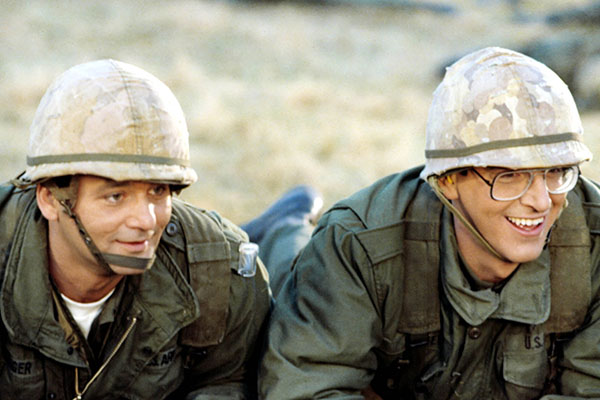 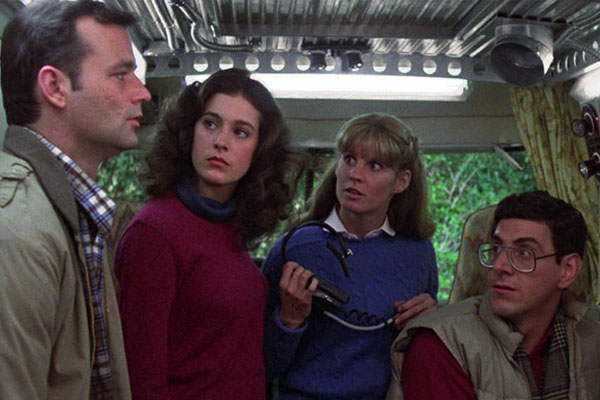 It's weird, really, because I know there are people that absolutely hate the last act of the film, but that's the only part of the movie that really had any energy to it. When the squad does off after Winger and Ziskey to reclaim the military van, it leads to an actual plot line of our "heroes" chasing back after them to stage a rescue mission. It's had story, and substance, and actually feels like a real movie. It's still not funny, mind you, but it at least goes somewhere. Of course, that's still in the vein of other films in the genre, where the slobs have to finally defeat the snobs to save the day, it's just the the snobs in this case end up being the Soviets.

On the whole, there just wasn't much to recommend about Stripes. It has the occasional funny moment or interesting scene, but it's largely just a bland affair held together by a few sly comments from Ramis. I get that Murray was at his heights back when this film came out, and his name attached to something could sell it, I just don't see why this film lives on as a "classic". It's not funny, or fun, but a tedious chore. Maybe it's all time for us to admit the raunchy comedies from the 1980s don't hold up anymore.