For years now we've been living in a kind of zombie film renaissance. There's always some new kind of zombie film coming on, someone attempting to reinvent the genre, whether it's making it a romantic comedy (Shaun of the Dead, which is great), or setting it with a bunch of little kids (Cooties and Little Monsters, both of which were okay), or making the zom-poc into a musical (Anna and the Apocalypse, which didn't win me over). A lot has been done with the genre so it's hard to find a new and fresh idea. 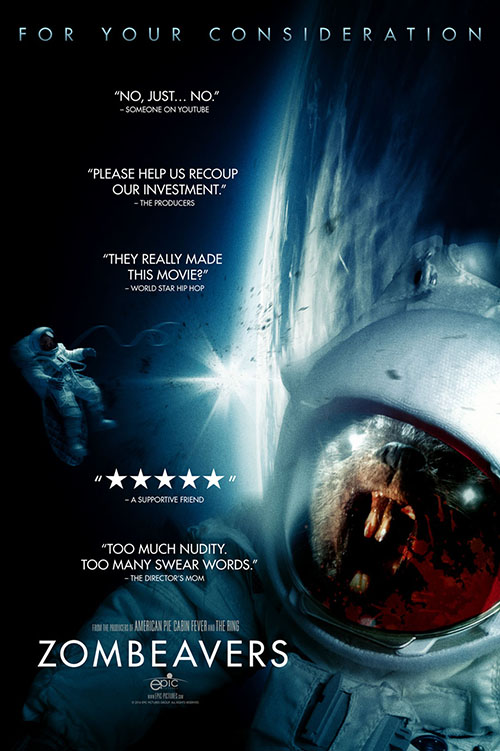 I'd say Zombeavers, and film where, yes, beavers become zombies, would be that fresh and new idea except we already have a movie with a similar conceit: Black Sheep, a New Zealand film that posited what would happen if all the sheep in that country suddenly became ravening zombie-sheep. You might not think that's a terribly scary idea -- who worries about sheep? -- but when you consider that there are a ton of sheep in N.Z. ( I think one figure I heard actually showed the sheep outnumbering people down there), you can see why the New Zealand people rating that film one of the scariest they'd ever seen.

By comparison, Zombeavers doesn't really have that same kind of cultural attitude to play off of. Americans are not, by their nature, worried about beavers outnumbering them and taking over. To make beavers scary a movie has to really work on the concept. That or go straight for humor (which, admittedly, Black Sheep did as well, to a certain extent). Obviously, with a name like "Zombeavers" (which is a portmanteau I can get behind) true horror was never really in the cards.

In the film, three college girls -- Mary (Rachel Melvin), Zoe (Cortney Palm), and Jenn (Lexi Atkins) -- are headed up to a cabin in the woods owned by Mary's cousin. There they plan to spend three days hanging out in the lake, sunning themselves, and ignoring their boyfriends all because Zoe's boyfriend, Sam (Hutch Dano), cheated on her with some mystery girl at a party, so their relationship is on the skids. But this weekend was original supposed to be for all the couples so eventually Sam, along with Tommy (Jake Weary) and Buck (Peter Gilroy), arrive at the cabin to join in being part of the body count... I mean join in the fun.

See, apparently there's this can of toxic waste that rolled off a truck (in a very amusing opening sequence for the film), and that waste ended up in a big beaver dam. The beavers there became infected with the runoff and become zombeavers. Soon they're going after the happy campers, leaving them bleeding and wounded. The kids will have to find a way to escape the cabin (as the beavers quickly start felling trees to trap the campers inside the woods) while one by one they steadily get picked off. 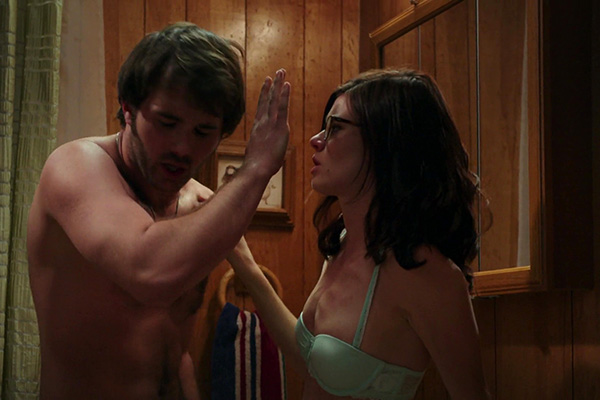 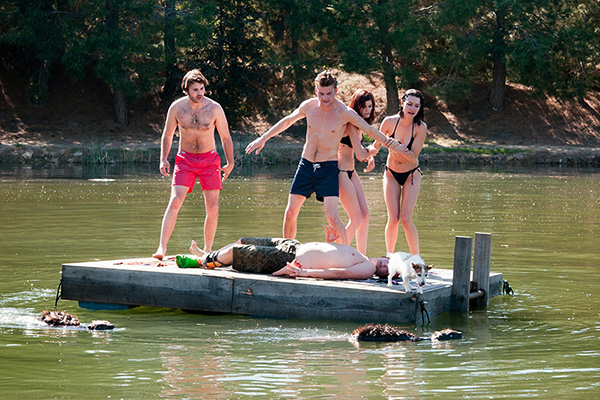 Credit where it's due, Zombeavers does have a go-for-broke attitude. It knows it's a silly little horror-comedy trifle and, as such, it neither takes itself too seriously nor shies away from horror conventions for the sake of making a "mass market" film. Again, it's titled "Zombeavers" and as such the creators wanted to craft a film that befit the title, so there's all the gore, tits, and terrible beaver puppets you'd expect in a movie such as this.

It really is a little horror cheapie, obviously made on a shoe-string budget (although more money was spent on it clearly than another cheapie we recently discussed, Velocipastor). It does manage to have quite a lot of fun with the concept, packing in plenty of jokes and silly moments even has the campers are attacked by low-grade Muppets. Of course, the animal attacks are part of the charm, with the actors have to act, and react, to these beaver puppets as if they were actual threats. Kudos to the cast for selling it as well as they did.

The big selling point of the film comes around the halfway point where (spoilers), those bitten or scratched by the zombeavers start to turn into human-beaver hybrids. Turning into a zombie when you get bitten is part of the zombie lore so this does make sense, and is a welcome addition to the movie (since it ups the weirdness as well as the horror). At the same time, though, this is just another idea cribbed from Black Sheep as the same thing happened in that film (with a sheep-human hybrid, naturally).

Really, for horror fans, Zombeavers is a bit of a retread of the New Zealand film. You won't find a lot that's different between the two movies aside from the accents and the locale. One is very much a film from Down Under (or, at least, slightly to the side thereof) while the other is a very corn-fed take on the subject matter. But in both cases what you're really there for are the mad-cap events as the film explores as many different ideas as it can from the idea of zombie animals. 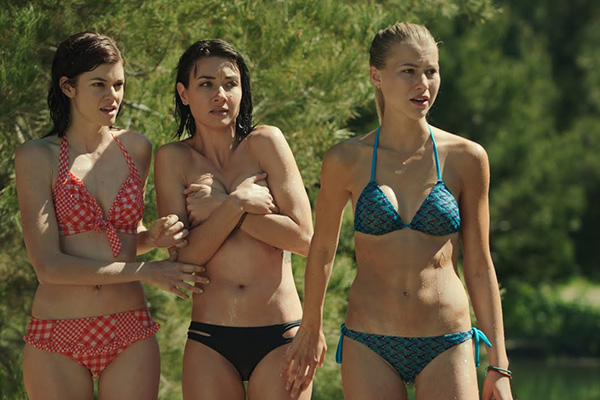 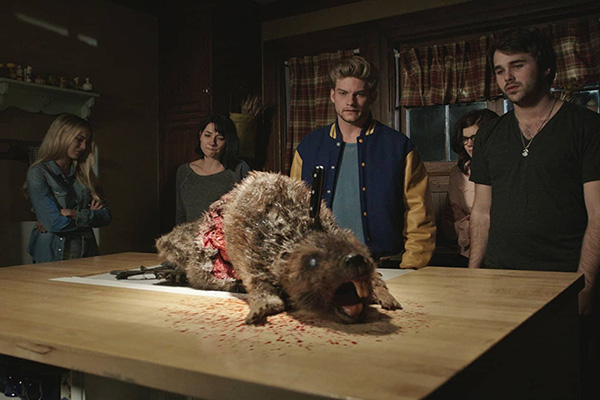 If I hadn't seen Black Sheep back in the day, Zombeavers would have been an absolute winner. It has everything I want out of a horror-comedy, and ends before all its weird ideas start to become tired. It has the smarts, essentially, to get out before the joke gets old. But because I'd seen another movie doing the same shtick I felt like I was watching a retread of the material. It's a good retread, and very much worth watching regardless, but once you revisit a well a second time it's just never as fresh as that first experience.