There are some movies that are considered classics because they are, without a doubt, the finest films of their genre. Sometimes these films can even craft their own genres, such as The Princess Bride being such a perfect blend of swashbuckling, romance, and comedy, that other films (like Stardust) get compared to the 1987 classic. But then you have films that live on as "classics" but it's hard to find anyone that actually likes the film (at least without a lot of apologizing first). 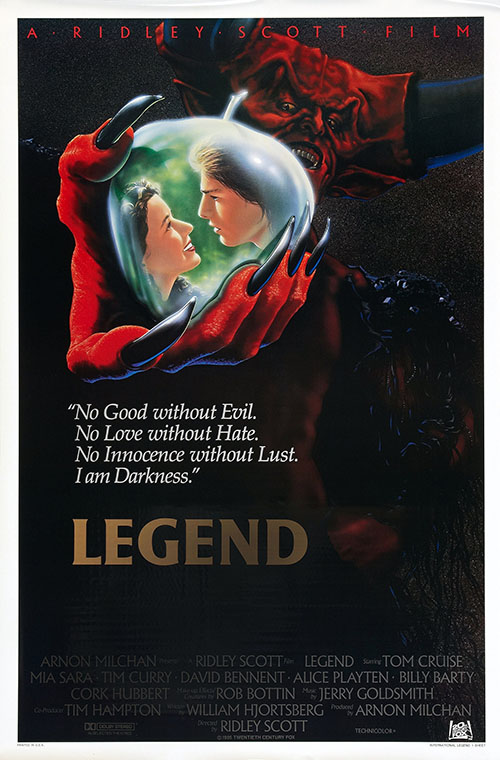 Today I'd like to talk about Legend, a Tom Cruise/Tim Curry fantasy flick that has lived on with many viewers for a few reasons, but almost no one would argue this film is good. Amazingly I did recently meet one person that loved this movie so much they asked to view my copy during a party we were throwing (don't assume that because I own the film I'm a fan -- I own a lot of hot garbage films). I partook of that viewing at the time but, as happens every time I revisit this movie, I had to question "why?" Why did this guy like the film, and are there really other people out there that think Legend is a good movie? Do they really exist or did I somehow meet a unicorn, the one guy that genuinely appreciates this movie?

In the film, Tom Cruise stars as Jack O-Greene, a young guy that lives in the forests of a fantasy world. He's in love with Princess Lili (Mia Sara), a woman who visits him regularly (and also genuinely cares for Jack in return). Trying to show off for his love, Jack takes Mai to see two unicorns, magical beasts who protect the light side of magic and keep the denizens of the world safe from the powers of Darkness. Unfortunately, the impetuous Lili runs up to the unicorns and pets the stallion. This distracts him at just the wrong moment as the minions of darkness, goblins led by Blix (Alice Playten) attack, killing the distracted unicorn and stealing his horn. Now, with an imbalance in the light and darkness of the world, the forest is plunged into frost and snow.

Since he views it all as his fault (since he took Lili to see the unicorns), Jack takes it upon himself to put everything right. With the help of some forest denizens -- elf warrior Honeythorn Gump (David Bennent), fairy Oona (Annabelle Lanyon), and the dwarves Brown Tom (Cork Hubbert) and Screwball (Billy Barty), Jack has to track down the goblins that stole the horn and get it back so he can use it to revive the unicorn. Meanwhile, the Lord of Darkness (and fabulous Tim Curry) wants the other unicorn captured so he can kill them both and plunge the world into eternal night. Plus, he also falls in love with Lili and wants to take her as his Queen of Darkness. This leads everyone to the demon's castle where Jack and his friends have to invade, save Lili, save the unicorns, and defeat the Lord of Darkness. Easy, right?

If I had to guess, the reason anyone enjoys this film is because of Tim Curry. The actor is, in a word, fantastic here. Despite being made up in layers and layers of makeup and prosthetics, forced to wander around on hooves, with the biggest and probably most awkward head piece ever, Tim Curry still kills it in the role, dripping charisma and malice in every single second he's on screen. Curry is a marvel here, commanding the screen so much that, when the film cuts away from his character we're left with this dull and aching void. 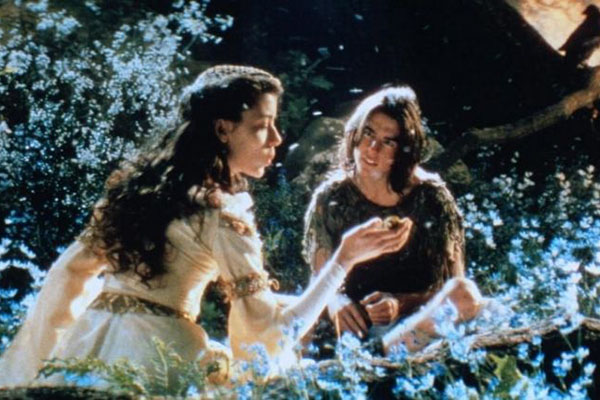 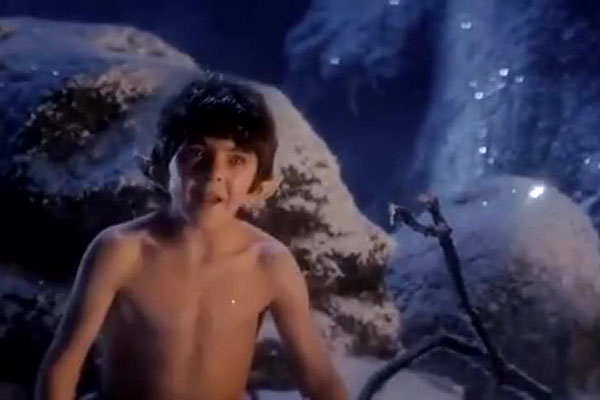 His performance is impressive, especially considering the makeup effects involved. The actor had to spend five-plus hours in the makeup chair every day for the film, and the head dress he had to wear for the horns was so heavy it put strain on his body until it was redesigned. Even then, you can tell that the actor has limited mobility and functionality... and yet, he's still such a commanding figure that you're drawn to him. The Lord of Darkness is a real feat, both of effects and acting, and it's really all thanks to Curry and his commitment to the role.

This is where the flaws of the movie start to be seen, though, because no one else in the film has anywhere near the presence of Curry at all. Tom Cruise, for starters, was very much still in the early phase of his career when every character he played was a version of Maverick from Top Gun (who, really, was just a variant of his character, Joel, from his character Risky Business). Jack here has that same cocky swagger which feels distinctly out of place for a guy that's supposed to be some forest foundling, a weak and piddly nymph thrown into a world of fantasy dangers. I kept expecting his to stand up and start singing terrible karaoke before throwing himself off a cliff to do some death-defying stunt. Cruise, in short, was the wrong guy to play Jack, no doubt about that.

He's still more engaging that Mia Sara as Lili, though. I'm not sure what the point of the character was on the page, but in Sara's hands, Lili is little more than a void, someone to stand around and look pretty but not actually do anything or be someone you care about. Frankly, this is how I've felt about the actress in everything I've seen her in -- she elicited the same reaction from her roles in Ferris Bueller (she's pretty, but what does she actually contribute to the antics?) and Timecop (where she's even less memorable, somehow). Lili isn't a really strong character in the script, sure, but in better hands she might have been a love interest we actually cared about.

Still, at least I remember these characters. Its only been a couple of weeks since I watched Legend and even now I'm struggling to remember all the fantasy creatures that help Tom-- I mean, Jack. I know they did some stuff, and the fairy flew around a bit, but frankly none of them left an kind of impression beyond annoyance. I get needing to give Jack companions to travel with -- it's hard to have dialogue in a film when the protagonist is alone -- but it probably would have been better to make these characters interesting at all and Legend fails to do so. 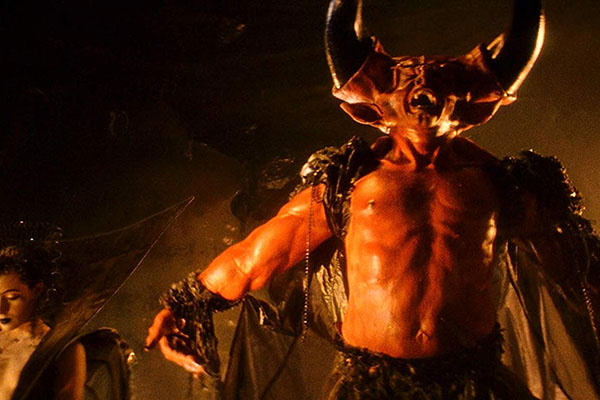 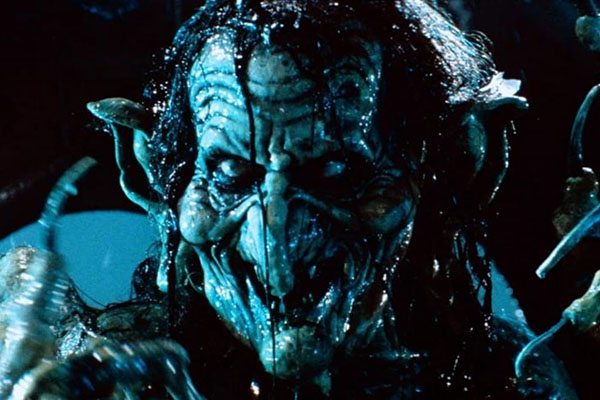 Even still, I doubt all the fantastic acting in the world could really save this movie. As pretty as it is to look at, with plenty of fantastic effects beyond Tim Curry (or his makeup), the story itself is threadbare to a fault. It's a basic fetch-quest with linear progression and an obvious ending you can see a mile away. Of course Jack gets into the castle to save the girl. Of course he has to face off against the hulking Lord of Darkness, one-on-one. Of course he wins the day. None of this is unusual or expected and Legend isn't smart enough to add any kind of twist to the proceedings. It's just a rote fantasy adventure that happens to have the most stellar Tim Curry performance I've seen outside of Rocky Horror. It just kind of... is.

So I come back to my question of "why?". Why are there fans of this movie? Who really cares about this film (outside this one dude I met who seemed really thrilled by the film). Is there a secret cult of Legend fans and that's why, every few years or so, some other weirdo crawls out of the woodwork to expound to me the virtues of this (honestly quite shitty) movie? Why do they love it so much? I need to know because I just don't see it. Without Tim Curry this film would be utter trash, so what's the real appeal? Is it just Tim Curry?

If that's the case, I think the film would have been better if it was just Curry, in his makeup and wearing a smoking jacket, sitting in a chair, reading us the script. That would have been infinitely more entertaining than the film that was actually released. Where's that director's cut of the film? That's the Legend I want, damn it.