Attack of the Plant People

It is fair to say that I'm a huge BorderlandsConceptually, Borderlands is Mad Max but set on an alien planet, with magic. The game play might be action-shooter-RPG fare, with a bit of Diablo thrown in, but the aesthetic is pure, Australian post-apocalyptic exploitation. fan. I've been with the series since the first game, getting into it even though up to that point shooters had never thrilled me. Something about the mix of action, RPG elements, and irreverent humor sucked me in. Plus, I really did enjoy the setting of Pandora in spite (or maybe because) of the sparse, constant desert that covered the region. It was lonely, a barely explored wasteland that I could take over and rule as my own. The sequel added more story, but also more characters, and while it strayed from the sparse style of the first game, it made up for it with a ton of new locales to see, enemies to content with, and a fantastic script that kept me amused throughout. 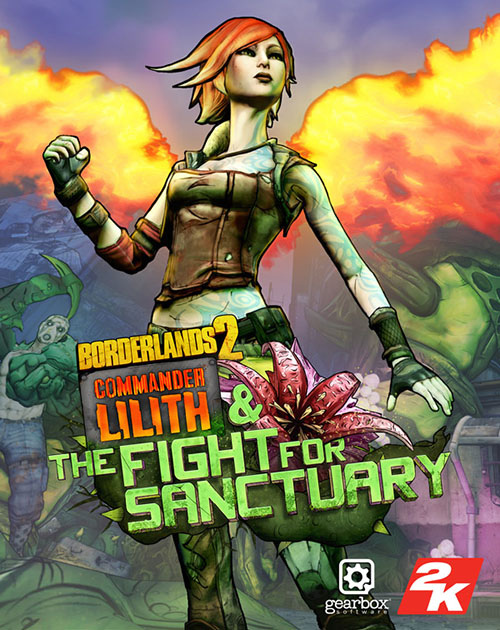 Naturally, being so involved with the first two games, playing them for hundreds of hours each as I tried to full clear the games with every character available to me, I also played through all the expansions. Not all the expansions were great -- for every fun to play and super elaborate Secret Armory of General Knoxx and Tiny Tina's Assault on Dragon Keep you had tedious chores like Mad Moxxi's Underdome Riot and Sir Hammerlock's Big Game Hunt. Still, by and large the good outweighed the bad enough that I was in deep across the whole spectrum of the first two games.

But then it felt like series developer Gearbox lost their way. I didn't want to judge the company too harshly on just The Presequel, a game I wasn't able to get into (so I have yet to review it for the site). That game was just bland, lacking that spark that made it feel like a proper entry in the series. The game wasn't developed at the main Gearbox headquarters, instead handled by 2K Australia (which explains why so many characters in the game have Aussie accents). But then, as a surprise release to lead into Borderlands 3, Gearbox released a new, fifth expansion for Borderlands 2, Commander Lilith & the Fight for Sanctuary, and, I have to say, I feel like maybe the series really is starting to lose its luster.

Now, I know fans of the series will be quick to note that Fight for Sanctuary was developed by gearbox satellite office, Gearbox Quebec, but that doesn't really change my stance at this point. the Borderlands brand is getting attached to a bunch of product that, so far, has not thrilled me. One game didn't make a trend, but with this next expansion (and, yes, what I've played so far of Borderlands 3), I'm feel less and less thrilled with what the series had to offer me. The shooting is still fine, and action is the same as its ever been, but some deep spark that made these games special is missing from this expansion.

For starters, the story being told feels like a rehash of elements we've seen before. After getting the Vault Key from Handsome Jack at the end of the main game, our remaining heroes -- Lilith, Mordecai, and Brick -- have been putzing around in their floating city, Sanctuary, being indecisive about what to do next. As you probably remember, the Vault Key isn't just a key but also a map of the galaxy pointing out other planets that also have Vaults holding powerful alien relics (and, probably, monsters). The team needs to go to those vaults and stop anyone else from gaining control of whatever lurks within, but before the team can finally make up their minds about what to do they're attacked by Colonel Hector, a man mutated by a weird plant-based gas, and his army of plant-mutants. They force our heroes to flee Sanctuary, leaving the Vault Key behind so, naturally, the rest of the expansion is all about the heroes going on a long fetch quest to save Sanctuary. 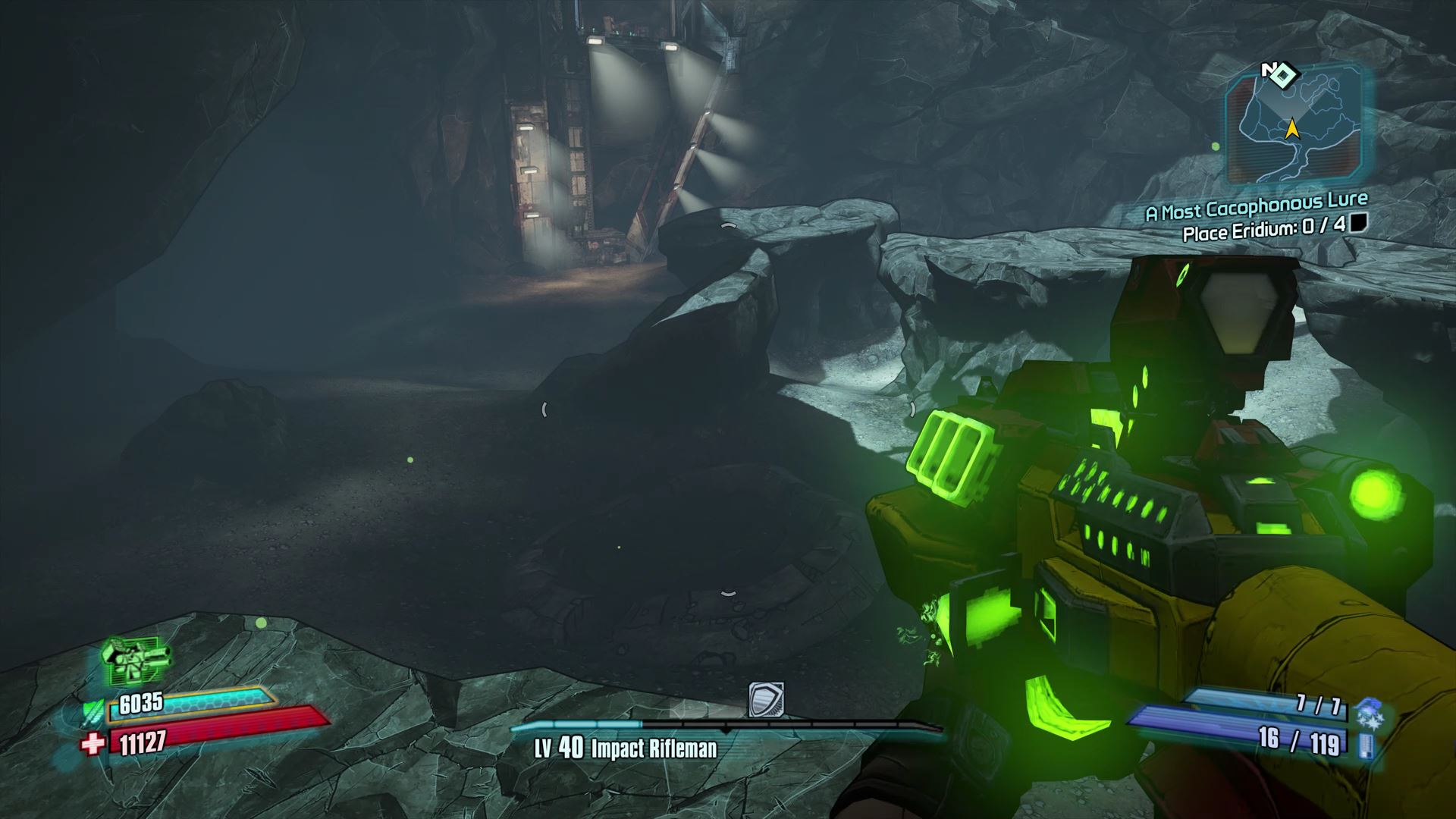 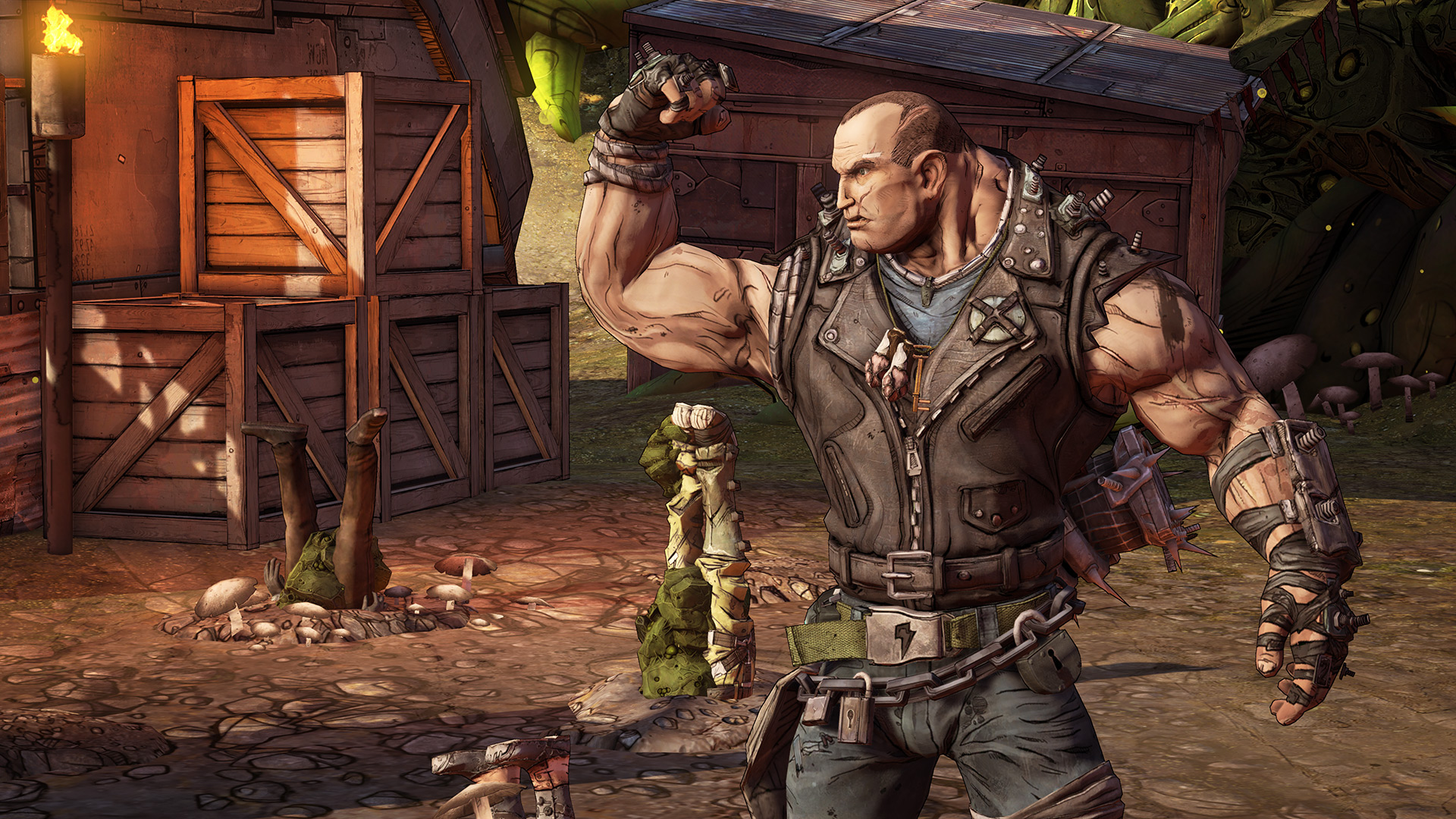 I can sort of understand why this expansion was needed: the third game picks up some time later with Sanctuary crashed, the Vault Key lost, and the heroes split up across the galaxy. An episode to tuck into the games and tell the tale of how we got here was needed. I just wish the story we got to play through wasn't a bad mix of the zombie elements of The Zombie Island of Doctor Zed and the jaded military story from General Knoxx. Despite being a Borderland 2 expansion, this interim adventure plays like the worst elements of the expansions from Borderlands 1. I kept waiting for the game to drop me into a battle arena so a plantified version of Mad Moxxi could make me fight in her Underdome.

The fact that the story is a bare retread is one thing, and it would have at least been something I could have ignored if the action itself had been better. Because this was an expansion to play with after you've already been through the main game, the designers set it up to be a true, end-game experience. Figuring as much, I picked up my level 54 Psycho to take into the fray. All the enemies, though, were scaled up not only to match around my character, but also to be beefy walking walls of health and damage. I spent a long time just fighting through the opening act against waves after wave off enemies, barely making traction just because of how overpowered the enemies were. Now, sure, some of that was because I took in this character instead of one of my other guys -- my turret-loving Commando probably could have picked this expansion apart without me even having to think, but the fact is I wanted to play this expansion "fair" and, in return, it felt like the games slapped me around. A lot.

Most of the new enemies are bullet sponges which makes it laughable when you actually come across normal enemies scaled to your level. I'd go from wasting clip after clip trying to take down one of the plant mutants to, suddenly, ripping through bandits like they were tissue paper. The balance of the game between sections was way off, feeling less like a properly crafted experience and more like a badly designed roller coaster that never quite managed to figure out where the fun was. By halfway in I was actually bored by the experience, annoyed at the awful enemies and tired of constantly walking back and forth to trudge through the linear fetch quest storytelling.

The Borderlands games have never been deep in their storytelling, and, more often than not, their quests have all been fetch quests. Do this, do that, collect these things, kill these guys. Hell, the whole plot of the first game was one long fetch quest to simply assemble the Vault Key. But there are ways to break up the action to make it feel fresh and fun. The second game has one of my favorite fetch quests in the whole series where you take pictures of objects so that Scooter can write the single worst poem I've ever heard. I love the poem, I love the reading of it, and I love the reaction the poem's intended audience has for the awful piece of verse. That's a fetch quest that manages to be fun and enjoyable. None of that spark was in Fight for Sanctuary. 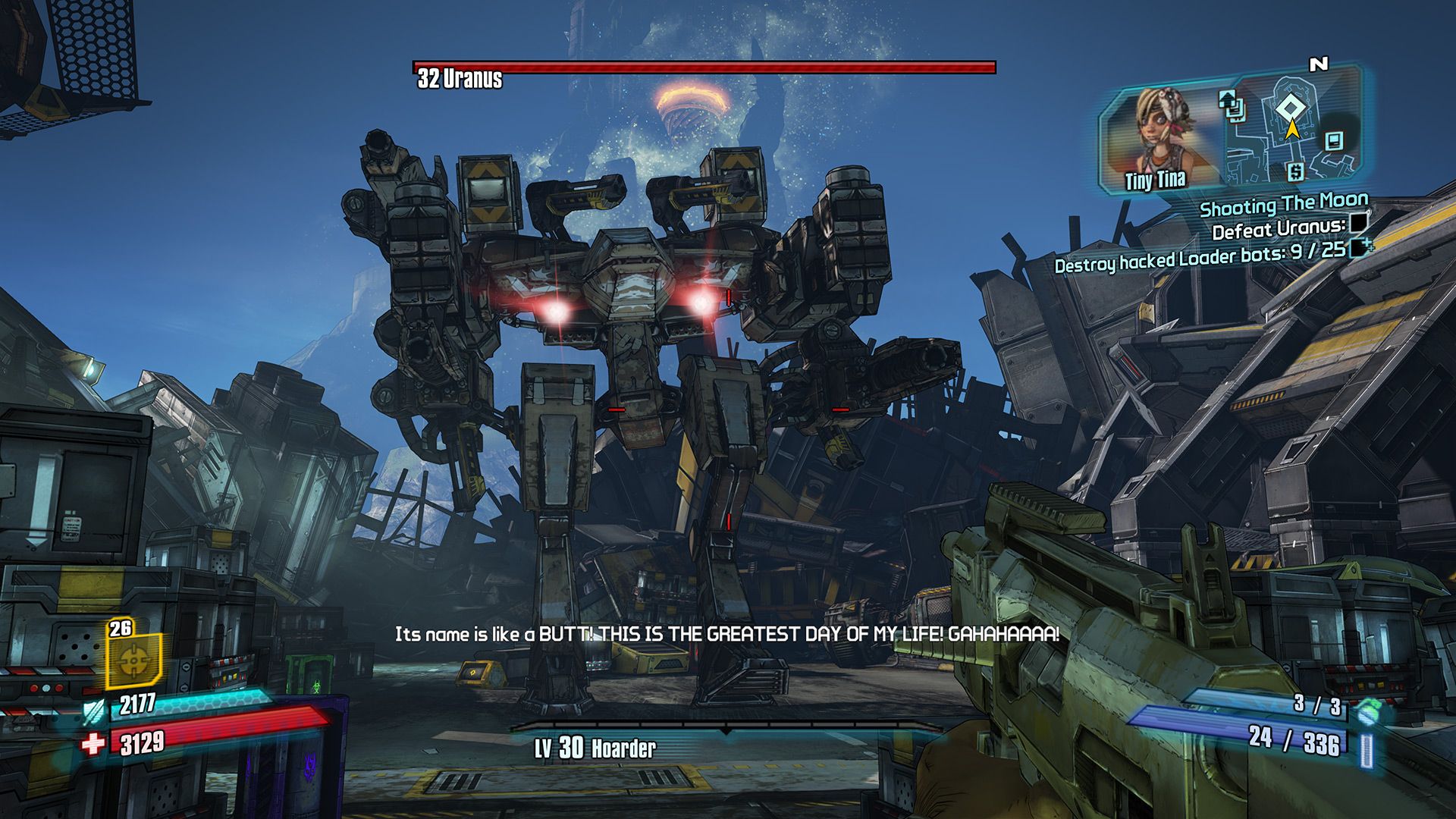 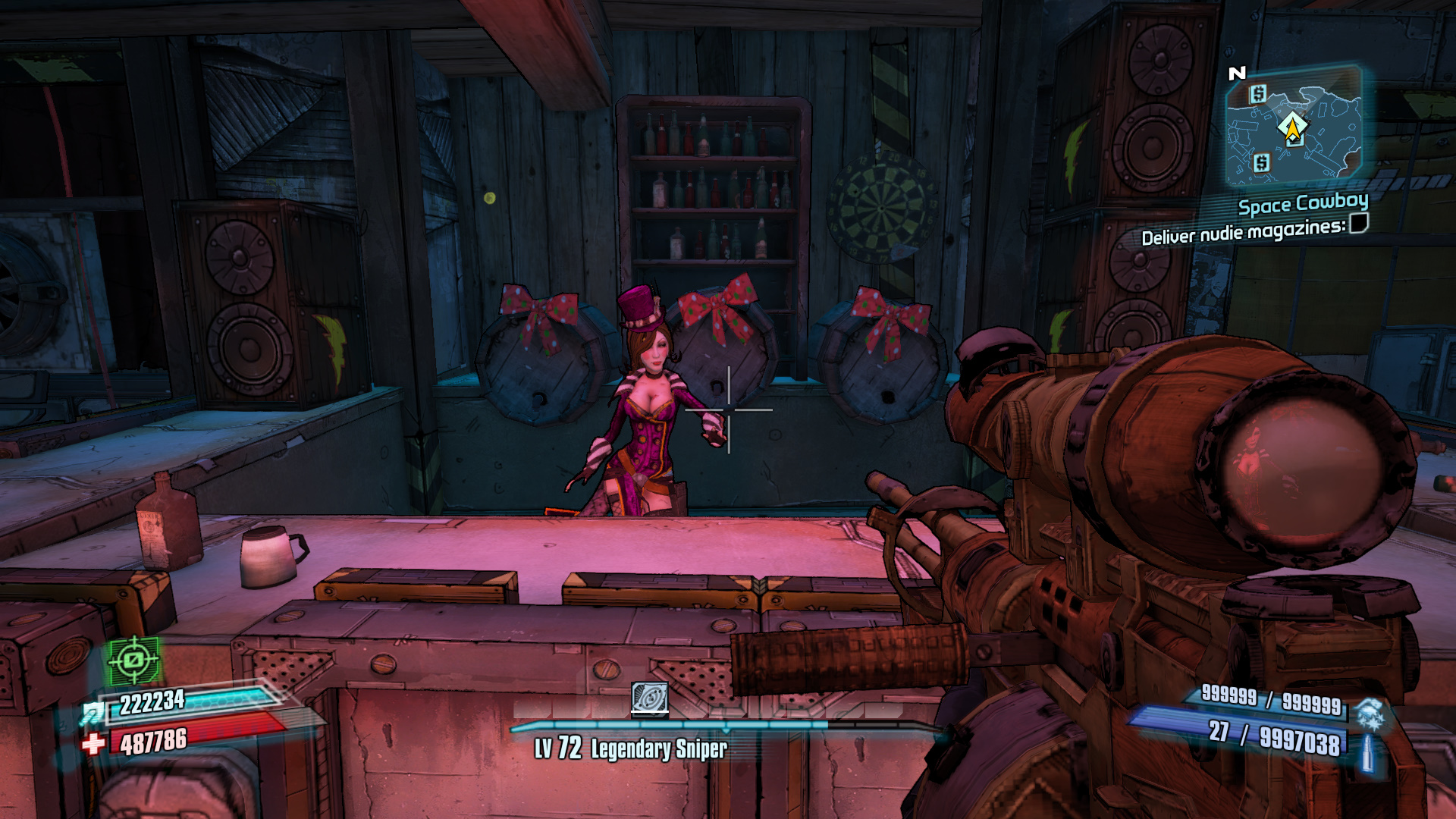 And then there was the final boss, a fight that annoyed me to no end. It's one thing when a boss has attacks that fill a screen, but it's another when they have those kinds of attacks and I seemingly have no way to avoid them at all. The boss, a dude sitting in a giant flower with plant tentacles flapping everywhere, could hit me anywhere on the battle arena, from any angle, with attacks I couldn't see coming and, thus, couldn't avoid. Inevitably I'd suffer some kind of death from the constant onslaught and die. And then, annoyingly, most of the enemies I needed to kill to get a Second Wind and stand back up would run away, or disappear, or simply fail to spawn, and I'd die. Then it was back to the starts to try and kill the boss again (since I wasn't playing with anyone so the boss got a full health refill). It was a slog I had to sit through four times before I finally managed to cheese my way through it (and even then it was a near thing).

While the expansion does put a lot of new stuff in -- new guns, new rarity level (Rainbow), and a few fun new moments with characters I enjoy, most of the time I simply wanted the adventure to be over so I knew the story and could move on with my life. And, the thing is, when the expansion was free I could have probably dismissed all this; I'll accept a lot for free content. But the thing is that this expansion is no longer free -- the offer to download the expansion for free ended already so if you weren't lucky enough to grab it at the time (or if, like me, you were lazy and didn't realize the offer would expire) then you have to spend $15 for this content, and at that price it's just not worth it. It's short, it obnoxious, and it's just not fun.

I love Borderlands and I still have hope for the series, I just know that having played through this expansion once I'm probably never coming back to Fight for Sanctuary. Here's hoping Borderlands 3 picks up before I shut this series off completely.