I Have the Rumblies That Only Brains Can Satisfy

The CW has made a name for itself as a destination for superhero shows, specifically the ArrowverseWhen it was announced that the CW was creating a show based on the Green Arrow, people laughed. The CW? Really? Was it going to be teen-oriented like everything else on the network and be called "Arrow High"? And yet that one show, Arrow has spawned three spin-offs, various related shows and given DC a successful shared universe, the Arrowverse on TV and streaming.. The network has a diverse line up of DC superhero shows, all interconnected (or soon will be when Crisis airs), but they also have one more DC show that doesn't get the same level of attention: iZombie. This little undead sleeper has been running for five years now, having just reached its conclusion, and while the rest of the DC's shows were full of bombast and superheroics, this little show got by on being fun, silly, and weird... and it really worked. 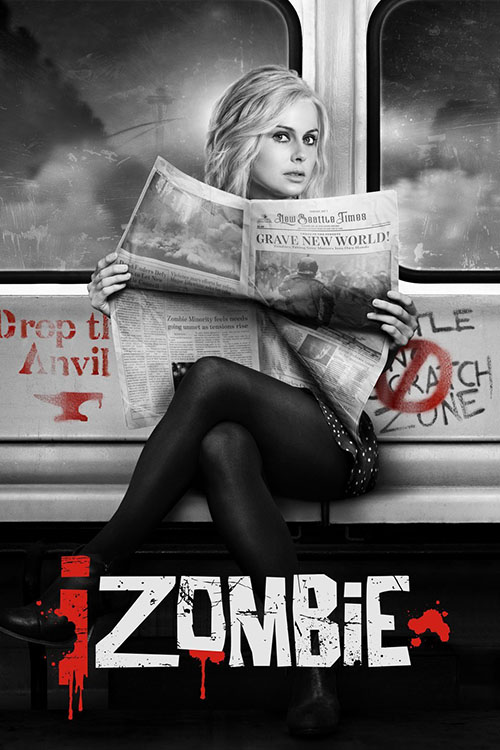 Created by Rob Thomas (yes, the Veronica MarsWhen it first debuted on UPN, it's doubtful any suspected that this plucky "girl detective" television series would go on to spawn a movie, novels, and a revival series, keeping it fresh in the minds of fans 15 years (and more) later. guy), iZombie focused on Liv Moore (Rose McIver, and yeah the character's name is an awful pun), a technician with the Seattle Medical Examiner's office. Months before the start of the show Liv had been at a boat party, the party went crazy and people started getting scratched, bitten, and eaten. Liv made it out but not before taking a blow from one of the raging attackers and, soon enough, she discovered that she was a zombie. With the help of her friend, and boss, Dr. Ravi Chakrabarti (Rahul Kohli), the two try to find a cure for the zombie virus. Plus, working on a morgue, Liv has access to an unlimited supply of brains, the one thing that keeps zombies alive and healthy looking.

Thing is, though, that when zombies eat brains they gain the memories (and personality) of the person they've just consumed. That meant, week-to-week, Liv would essentially become a different person with each new brain and, in the process, would have sudden flashes of their life. This allowed her to team up with Detective Clive Babineaux (Malcolm Goodwin) where (for the first two seasons), Liv would pretend to be a psychic so she could help solve murders (using the memories of the people as her guide). It was cute and fun and allowed McIver to play a lot of different characters as, each week, she essentially got to reinvent Liv over and over again.

As this was a Rob Thomas joint, comparisons were easily made to Veronica Mars, and certainly the two shows do share a genre. If you trade out the hard-boiled P.I. tropes of Mars Investigations for brain-eating zombies, you essentially had the early seasons of iZombie. Like his previous show, Thomas graced us with another case-of-the-week procedural, playing straight out of his wheelhouse for more fun and sassy TV. Of course, the creator has a way with these kinds of shows and iZombie worked well under his deft care.

The show didn't remain a basic procedural for long, though. The zombie aspects of the show allowed the series to eventually diversify out, first introducing a paramilitary group of zombies called Fillmore Graves (another silly pun) at the end of season two, and then having FG take over the city of Seattle to make it the world's first out-and-proud zombie city. This then heightened tensions with the U.S. government as it was viewed (not unfairly) that Filmore Grave was holding the populace of the city hostage to prevent the U.S. military from moving in and killing all the zombies. That then lead us to the final season of the show with the U.S. government on the verge of bombing Seattle off the map while our heroes tried to finally finish the cure and come up with a peaceful resolution to zombie-human relations. 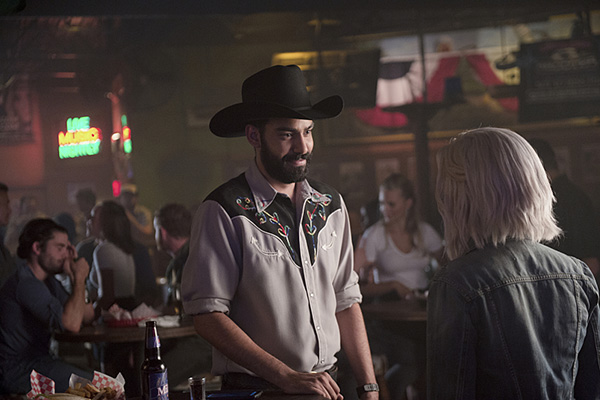 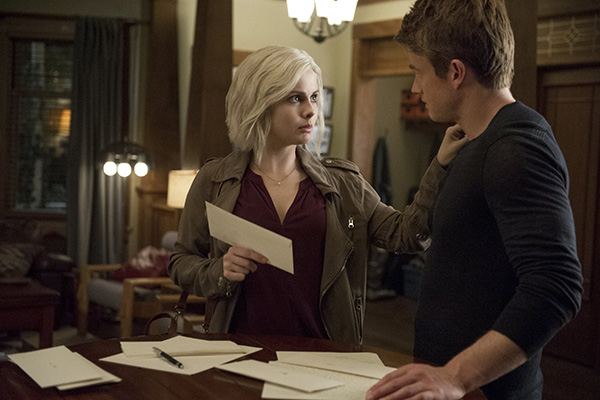 The escalation of the plot works because it feels like a natural extension of the show and its characters. Liv is our focal point, the protagonist that every big development hangs on. She wanted to be a doctor but, because she could accidentally make zombies with a single cut or scratch, she instead elected to use her medical degree in a morgue. When she discovers she can help solve crimes, she dives in with both feet. And then, with every other change to the story Liv is there to aid Seattle and help everyone, human and zombie alike. She starts working with a group of people secreting some humans out of the city and secreting other humans, those with diseases that are killing them, into the city so they can be scratched and be "healed" by being a zombie. Then, when the leader of that group, Renegade, is killed, Liv takes over as the new Renegade. She's the hero of the series, through and through.

Of course, some might question how realistic it is that Liv is always at the center of every big development in the series. She's at the boat party when the zombie plague first occurs and that means she also ends up in contact with the guy that accidentally caused that incident, Blane (David Anders). Blane is the villain of sorts of the first two seasons, and then his father (a rich and entitled asshole that Blane scratches and dumps in a well for a year) becomes the villain and, yes, Liv, has to battle him, too. Meanwhile her ex-fiance, Major Lillywhite (Robert Buckley), becomes a soldier for Filmore Graves and then, eventually, their leader so Liv is all wrapped up in that side of things, too. Without Liv there literally couldn't be a show because no one else is in every place, all the time.

But it's hard to argue over that when, by and large, the show was just plain fun to watch. The conceit of having Liv be a different person, in effect, every week meant that we got to see a lot of different scenarios from her as the show bounced through genres and explored whatever creative impulses it wanted. It could dive into superheroics by having a Liv eat the brain of a street vigilante, and then let her play with magic the next time when she had to go undercover at a magicians convention. Te most recent season saw her become a ballroom dancer, a hard-boiled Noir P.I., and a beauty queen, all in quick order, and actress McIver was always up to the task.

That said, the last season of the show struggled to make everything work as it pulled into the home stretch. To balance out Filmore Graves (who, by this point, basically functioned as the military arm of the Seattle government) we had the introduction of the Dead Enders, an anti-zombie hate group. Their goal was to create enough discord that the humans would rise up against the zombies and kill all the undead. The issue is that we don't get enough time with the villains to really care. Knowing, going in, that the season was only going to be thirteen episodes and then the series would end this season, it was hard to get invested in the Dead Enders and their story, primarily because we knew that, after 13 episodes, they'd be dealt with. If the villains had been introduced a season or two earlier to slow build that could have helped some, made the villains feel inevitable. Plus, then we'd know the characters better and be involved in what they were doing. 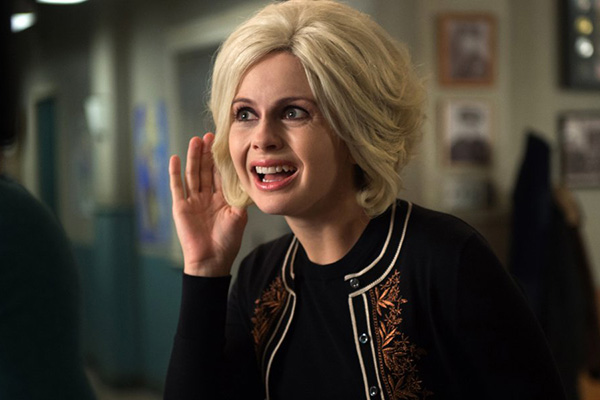 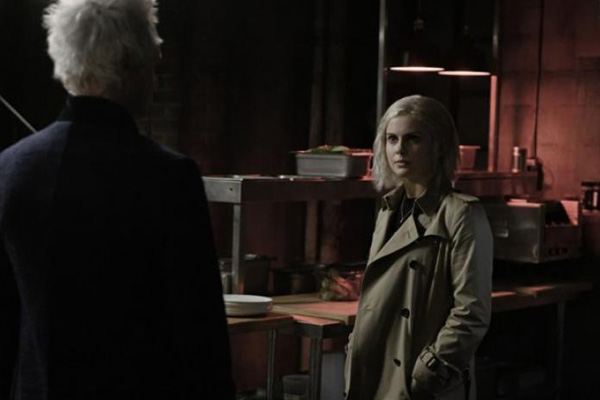 I can see the appeal of putting the Dead Enders in the show now: with national politics where they are, a group to stand in for all the hate groups we see and the awful things our government adds some shading to the proceedings. The problem is that the show doesn't spend enough time on the Dead Enders to make them seem like anything more than a cartoonish, shadowy force that makes big proclamations and then laughs manically before... not doing much. A lot had to be done with the Dead Enders in the lead up to the finale to make them convincing villains and the show just doesn't put in the time to do it right.

But then, nothing about the ending of the series really works (if you want to avoid spoilers, don't read this paragraph). The first thirty minutes or so of the show seem to be building to a grand resolution; Filmore Graves takes on the Dead Enders, Ravi makes the cure, Liv confronts Blane. It seems like we're finally going to get resolutions for everything... and then right as the show should build to a crescendo, we jump ahead ten years to watch an interview with three of the lead characters as they talk (not show, talk) about the aftermath of the zombie plague. It's a cop out sequence that deflates the whole episodes (and thus the series), a dead and dull last act that ends the series on a sour note.

I don't know why the producers of the show decided to go this route. Maybe they didn't have the budget for anything bigger (which, in that case they should have rethought this whole plan), or maybe (as rumored) Thomas was so focused on the fourth season of Veronica Mars that he basically gave on this show right at the one yard line. Whatever the case, the last episode just doesn't work and it drags all the plot lines from across the series down with it. I'm not saying it completely ruins the show -- there's still nearly five seasons of great fun to be had here -- but as with the end of Game of Thrones, the series manages to drop the ball right at the big finale.

Over all I really enjoyed iZombie. It's a fun and silly show that managed to mine a lot of creative ground out of its police procedural trappings. It just would have been nice for the show, which was pretty well plotted through most of its run, to nail the ending and bring it all together. That last episode takes a great series and renders it only "good" in the end.