I'm Just Getting Bored of This

With the airing of last week's episode of Lethal Weapon, the third season of the series came to an end. To put it mildly, the third season was lackluster. The series has been uneven since its premiere and the recent season only double-down on those problems -- instead of taking the removal of Riggs actor Clayne Crawford from the series, and using it as an excuse to retool the show, the series simply swapped in Wesley Cole (Sean William Scott) for Riggs and tried to act like nothing was different. 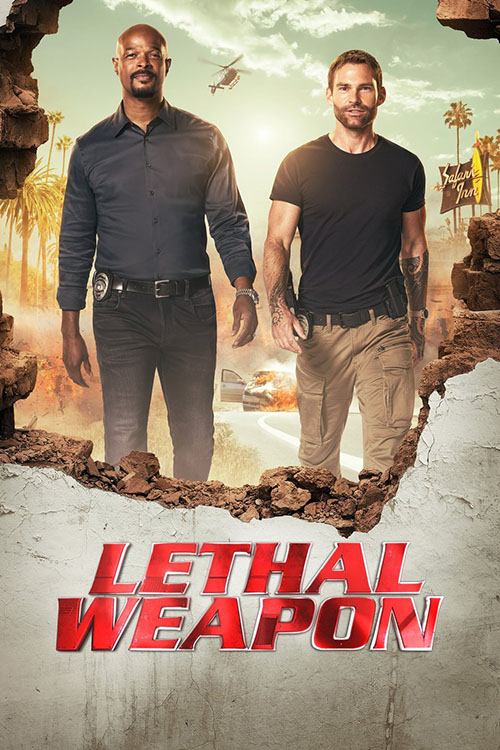 In the case of Cole, this actually worked out pretty well. Although I wasn't a fan of Sean William Scott back in the day, always irritated by the Stiffler shtick he perfected on the American Pie movies, the actor has grown in recent years and his Cole is easily the best thing on Lethal Weapon. His character has heart, and depth, and he gets the better plot lines of the two leads. Sure, he's basically a retread of Riggs -- less suicidal but just as troubled, with a similar set of special skills -- but Scott makes the character work.

He also has a decent through-line in the season. Cole, and ex-CIA operative, comes to town after a particular hard mission so he can reconnect with his ex-wife Natalie (Maggie Lawson) and daughter Maya (Shay Randolph). He's trying to be a better person for them and earn their trust after being absent for so long, but he's also a walking time-bomb that drags carnage along with him. He essentially has to grow into the person they deserve to earn their love again. It's a story that might not be all that fresh, true (Riggs went through a similar storyline in season two), but Scott at least plays it well and uses the story to ground the character.

In a way, it's not hard to see how Cole is basically just a swap in for Riggs. It's possible the writers could have just reused a number of notes they had for the relationship Riggs was building in season season with Molly (Kristen Gutoskie) and her son Ben (Duncan Joiner) -- swap out some details, shade a few differently, and you basically have the same overarching idea. Riggs and Cole are both screw-ups with hearts of gold so it's not as if either of their stories would need to be changed all that much to work for the other person.

Basically it leaves Cole in a weird place: he was clearly designed to fill a very specific hole in the cast and the writers didn't want to have to think all that hard to find a replacement for Riggs. Scott is doing all he can with the character, and I'm glad he's got a steady gig on this show (for however long it lasts). The character is wasted on this series in the form he's given. 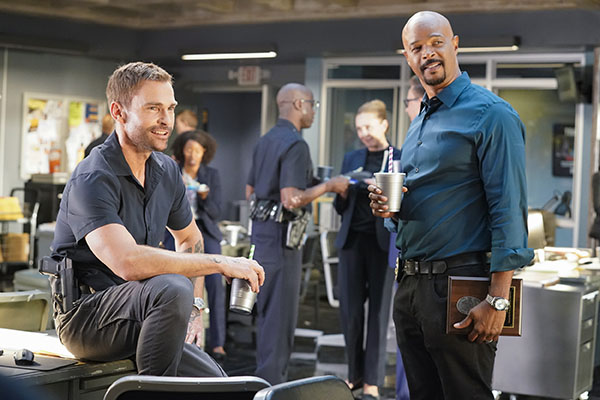 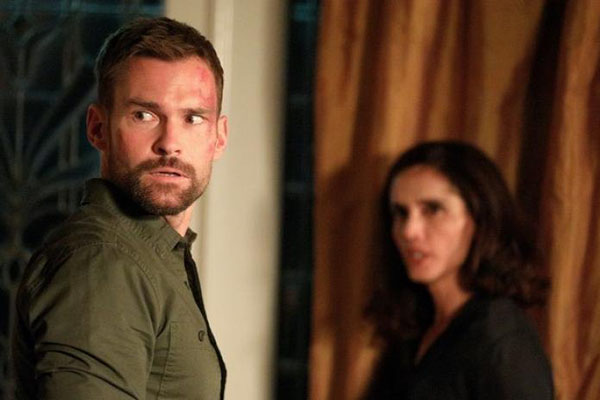 It doesn't help that the rest of the show in and around Cole is swings wildly in tone and content. The biggest offender (as in seasons one and two) is Damon Wayans's Roger Murtaugh. This character feels like he was stitched in from a different series, one of the ones that used to air in the late 1980s and early 1990s on ABC's TGIF lineup (Full House, Family Matters, Step by Step, and their ilk). He's a hammy, overly broad character that gets the worst, sitcom-y plot lines. Because the show (like the movies that preceded it) focuses as much on the family lives of the characters as their cases, we get a lot of terrible storylines with Murtaugh and his kin.

The thing is that the rest of the actor's making up Murtaugh's family aren't anywhere near as unbearable as the lead. Keesha Sharp does great work as Trish, Murtaugh's put-upon wife and, if she could be the lead of her half of the series (instead of a co-star), that whole side of the series would be so much better. I also like Roger's kids, R.J. (Dante Brown) and Riana (Chandler Kinney), who are both fun characters when we actually get to see them. The problem here is that the kids are after-thoughts, brought in only to annoy Murtaugh, not to give the show any depth. His family is great, but they're entirely wasted on this series.

In an ideal world, Murtaugh's character would be retired somehow so Cole could be paired up with someone else. I know at that point it would barely be Lethal Weapon anymore if both the lead characters from the original movie series are gone. But the fact is that there are better actors on this series, and Wayans wants to leave, so why not let him and improve the show in every way. It's easy to construct a better show from what remains.

Picture it like this: Murtaugh retires while, over the summer, his wife is elected District Attorney (a plot line the show has been building up over its third season). That way we can keep Trish on the show and do a kind of transition for the plots, almost as if the series was Law and Order: Lethal Weapon. The cops, Cole and maybe underused detective Bailey (Michelle Mitchenor) are paired up, go after bad guys and help build a case with Trish. Then, in the next episode, the guys go after another set of criminals in the A-plot while Trisha works the previous case in court in the B-plot. Sometimes old stories come back up when the cops have to find new details for an old case, and everything can flow back and forth between to parts of the show that actually work. 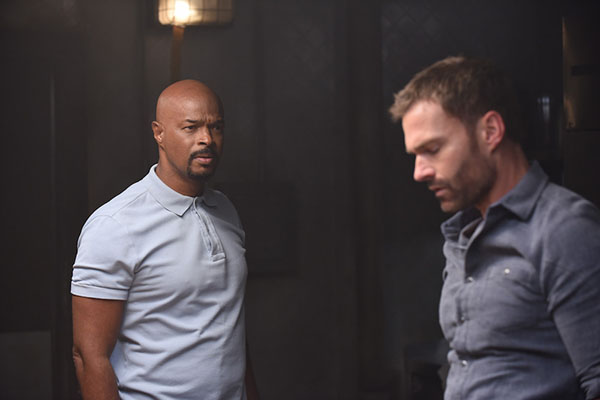 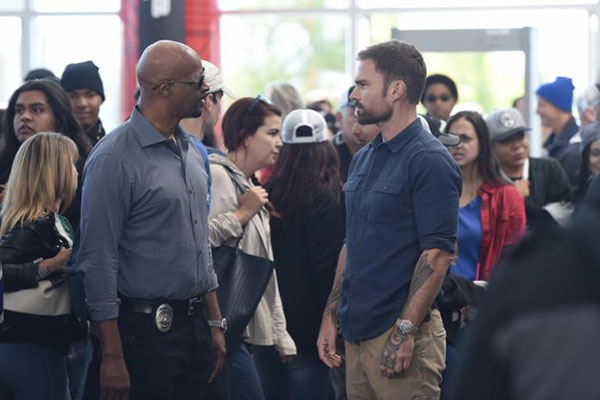 Let me put it this way: Lethal Weapon is a show with goofy charms that can't quite settle its town enough to be a great series. If a certain major change could be made (just show Wayans the door, please) the show would improve drastically. I know it would barely resemble the original Lethal Weapon movies at that point, but maybe that's a good thing. They tried it the old way it clearly it's no longer working. It's time for this series to reinvent itself before it gets so stupid I can no longer watch it.

That or it gets canceled. There's a solid chance that could happen, too.