At Least the Fighting Is Fun

I think we all know by now that Anime is not my cup of tea. Whatever versions that might exist of Battle Angel Alita before this 2019 movie from James Cameron and Robert Rodriguez came out, I was guaranteed not to bother seeing any of it. Trying to get me to sit down to read a manga or watch a few episodes of an anime adaptation is a losing prospect even for a topic I'm interested in (I managed to sit thorough two seasons of the Castlevania series and that was a near thing); getting me to watch/read the original Alita just wasn't happening. 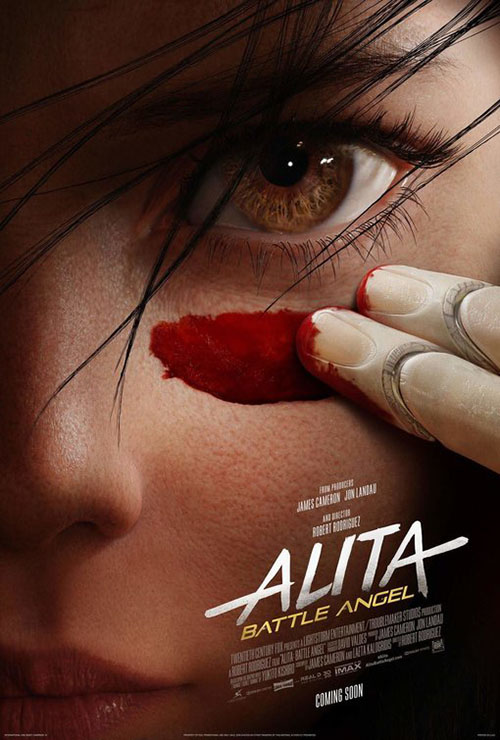 That was probably a good thing in this instance, though, since I had absolutely no preconceived notions about the story I was going to see or anything that would or should be in the film. I could sit back and watch two hours of cheese as robots fought each other in the last remaining city on Earth. And, at least when it came to those battles, the film was glorious.

In the new, live-action Alita: Battle Angel, it's the 26th century and most of humanity has been wiped from the planet in a preceding war (between the Terrans and the Martian colonies). The last human city, Zalem, floats in the sky above it's junkyard lower-realm, Iron City. This is where Dr. Dyson Ito (Christoph Waltz) resides, a cyber-surgeon that helps to fix up the various people living in the city (by grafting cybernetics onto their bodies and repairing those devices when they break. While exploring one of the junkyards collecting refuse from the city above, Ito finds the upper body of a cyborg, a female model that he names Alita (Rose Salazar). He repairs her, giving her a new body to use. Alita doesn't know why she was in the junkyard or anything that happened to her before she awoke in Ito's lab -- she's a new soul, young and free.

Well, maybe not that young as, apparently she's over 300 years old (one of the last soldiers from the Great War with Mars). And, really, also not all that free as, once she slowly regains her memories she learns there's still a job to do: the leader of Zalem, Nova (Edward Norton in a cameo appearance), was ruling the city since the war and, apparently, is immortal. As she regains her powers and abilities, Alita soon learns that she will have to find a way to the sky city to, one day (but not in this movie) stop Nova. But in the process she'll also fall in love with a young man, Hugo (Keean Johnson), pick up the sport of Motorball, and become a Hunter-Warrior protecting the streets of Iron City.

Despite all the things going on in the plot, Alita: Battle Angel is actually a pretty breezy movie. While the main character has to relearn who she is why just about every aspect of the future city is info-dumped at us, none of it really feels heavy or tedious. James Cameron and Jon Landau wrote a script that handles all the big concepts and narrative turns in a fast and efficient way. This film isn't boring at all, and considering how much groundwork it had to achieve, that's quite an accomplishment. 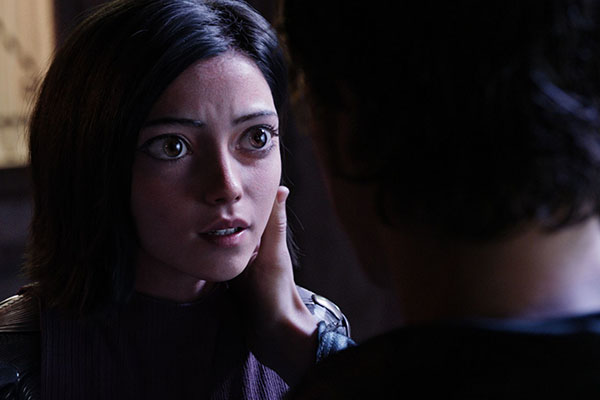 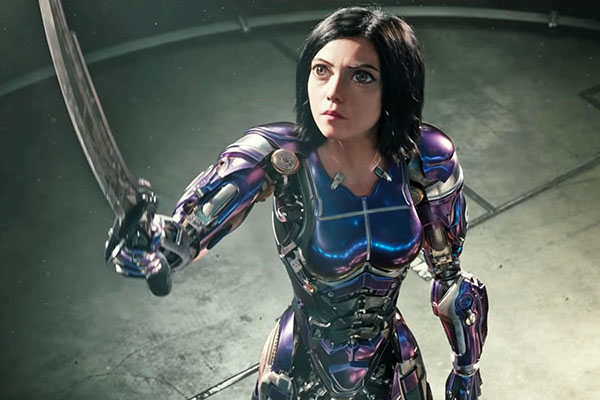 That said, the story isn't really deep enough to allay any number of issues I had with with the events depicted. This is clearly a shallow, surface adaptation of the source material and, presumably, a lot of the story had to be ditched to make this movie. This means that a lot of character moments and needed background is ditched to keep the plot moving forward. Alita and Hugo, for instance, don't spend a lot of time together but by the mid-point of the film (which is only a few days after she's woken up) she's already madly in love with him. Sure, she's played as a teenager and teens can become quickly infatuated, but this is still quite a quick pace for the two characters.

Everything in the film moves at this clip, with Alita and Ito bonding in the same short span to the point where she starts calling him "father". She also becomes a registered hunter-warrior in this span, garners a nemesis (Crewiska, played by Jackie Earl Haley), and becomes a superb Motorball player. In a week, she's basically the most famous person in Iron City. It's a bit of a stretch.

Beyond that, though, the movie never makes a convincing case that Alita is actually the hero of the story. Sure, she's pitched as one to us, as sweet and innocent cyborg rebuilt after being left for dead. The film wants us to hate Nova and all the people he works with, but there's never any background established to show why Nova is a bad guy (except that he works with "bad" people, which may just be a necessary evil). We're shown that the Martians launched an attack on the Earth, wiping out just about everyone, and Alita works for the Martians, but since we're never shown why the war happens or told if Nova is the cause of it, we can't be for certain that Alita is on the right side of the conflict. For all we know, she's an evil sleeper agent and Nova is the future's savior. Nothing is clear.

Plus, why was Alita just laying there in a junkyard 300 years after the war? It's not as if she was buried in the trash heap so if somehow she'd fallen off the city (during the initial battle) or was dumped out a trash shoot soon after she should be buried under a mile of trash 300 years later, one with the landfill. It's not as though the city above would have thrown her away recently since they covet the tech within her. Even 300 years later, Martian technology is still generations better than anything produced on Earth. Nova and his goons want to kill Alita so they can steal her tech so, if they want it that bad, they wouldn't have just thrown her away at the start of the film. 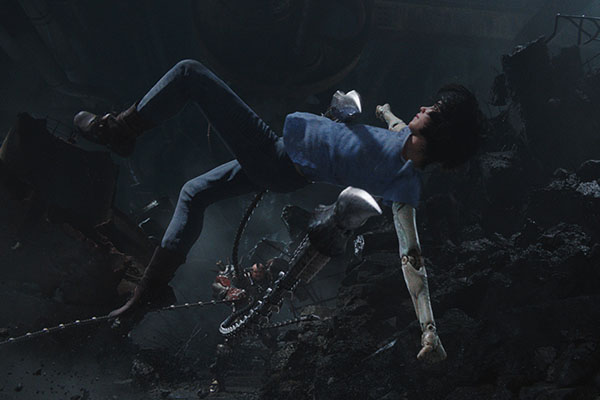 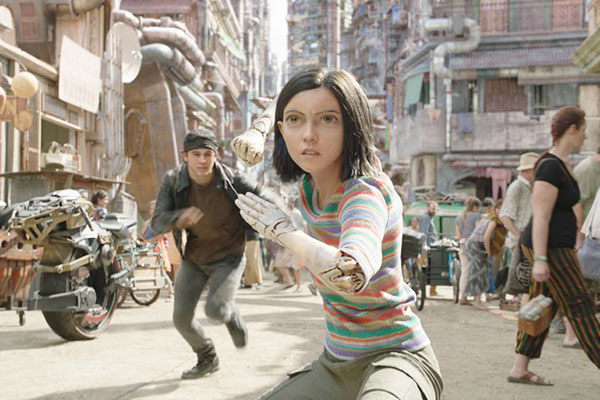 What it all leads to is a lot of conveniences in the storytelling that don't quite add up. I recognize the film needed to hit a certain runtime and keep everything moving, and I do respect that. Alita, though, has the same problems as other Cameron films (like Avatar, for example) which prioritizes action and style over substance. However, on the front the film does go a fair way to redeeming itself, and that's all thanks to Rodriguez.

As you may know, Robert Rodriguez is the mastermind behind the El Mariachi trilogy. Those movies boast fantastic action, lots of style over substance, and they're great at what they do. If you ever want to see a dude fire a sawed off shot gun into a room while he jumps backwards out a window before explosions blast him backwards onto a neighboring roof then you need to watch the second El Mariachi film, Desperado. All three movies are absolutely filled with great moments like that -- the storytelling isn't always top-notch, but the action is absolutely ridiculous in the best possible ways.

That same sense for plotting, producing, directing, and filming great action is here in Alita, with a number of absolutely stunning sequences pitting the diminutive heroine against gargantuan mech-beasts. Everything is directed so well, so stylishly, that you're sucked into the action. Rodriguez obviously reveled in working with a big budget, being able to let all his great action sequence ideas pour out, splashed across the screen in slo-mo (with plenty of CGI assistance). Whether the story keeps you hooked or not, the action will at least make you appreciate the work put into the film.

If only the movie around the action was nearly as good. It's not just the story that lets us down, but the acting as well. Certainly Salazar has to be singled out for her great performance, getting the emotion and nuance of the character to come out despite being buried under a ton of CGI. The weight of the movie rides on her shoulders and she is certainly up to the task.. the rest of the cast, less so. 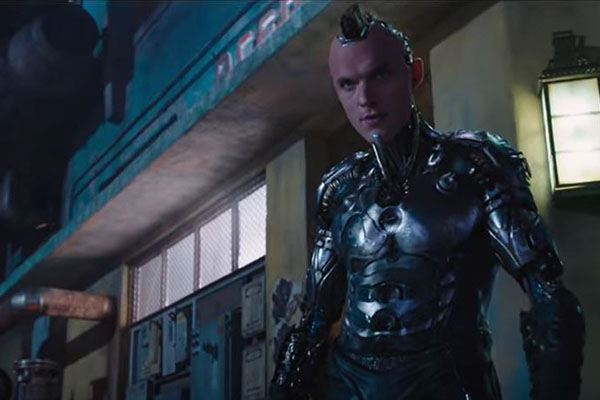 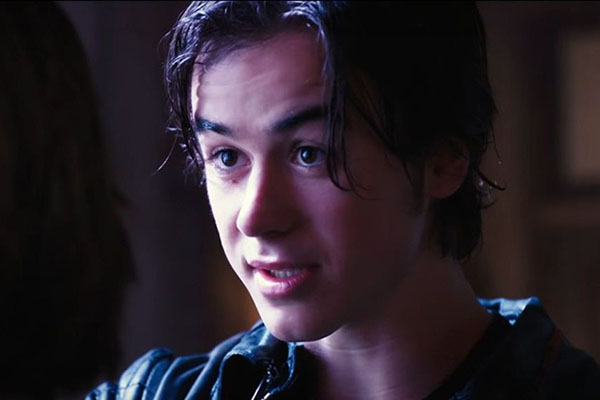 Waltz, for example, turns in a very sleepy performance, seemingly bored with the production soon after it began. Usually the actor lights up the screen, commanding his scenes with gusto, but he doesn't show any of that fire as Ito. Johnson does somewhat better as Hugo, but he still is lacking a certain something to really sell the character. TO be fair, Hugo is underwritten, an "aw shucks" street rat with a heart of gold, but we never really learn much about him to invest in the character. That leaves us relying entirely on Johnson and while the guy has some charisma, it's not enough to elevate his character. And then from there was have a bunch of underwritten, barely seen characters all dancing around in the background to show how sleazy Iron City can be. They're great background props but they never become real characters.

We also have to address the fact that there's barely anyone in the film that Asian. To be fair to the production, the story is set in a melting-pot city with no specific regional style or notable landmarks. Considering this, having a mix of ethnicities for the characters is fine. Some of the characters, just from their names alone (like Ito and his ex-wife Dr. Chiren) really should have been played by Asians (or, at the very least, people that were pasty white). Salazar is great in the role, and I appreciate she's Latinx, but it would have been that hard to cast an Asian actress in this role? There are are few people of color in the film (Salazar, Marershala Ali as the villain Vector), but most of the actors are white. The only Asian in the film at all is Lana Condor; she plays Koyomi, and is glimpse in about two scenes. The film is based on an manga so it might have been good to cast people from the Manga-writing region of the world in the film.

On the whole, Alita: Battle Angel is a bit of a misstep. It's fun at times, and the action is great, but by the time the credits rolled I was left feeling a little empty. I can't help but wish it could have been more than the sum of its parts, that somewhere along the way the script had been tweaked to really make us care about the characters for a reason. That would have helped the story rise up to meet the action and the film truly could have come together.

Maybe they'll fix it in the sequel. While Alita bombed here in the States it's making a killing in the Asian market; even though it looked like it would bomb, Asian saved the day for this film. Let's hope they get it right next time around. The film sets itself up for a sequel so it would be nice if next time I don't have to grouse about the same issues all over again.