After finishing up the Mission: Impossible movie series, I was still in the mood for some espionage flicks. One of the first items to pop out at me as I browsed my DVD collection was Sneakers, a movie I really dug growing up but, admittedly, hadn't watched in a long while. Still, I remembered the movie being cool and smart and all about spy-craft (of a sort), so it seemed like a great movie to review this week during our extended "Spy Tour". 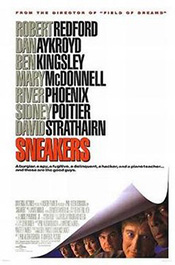 I actually caught Sneakers in the theater when it was out, having been dragged along with one of my sisters to see it. I don't know exactly why she wanted to see it as, going back and watching the trailer now, the advertising for the film didn't really seem to sell how good it would be. Of course, it has a great cast and, really, my family will see anything in the theater, so the promise of a decent way to kill a couple of hours might have been enough. And, thankfully, Sneakers was an instant classic.

We open in 1969 when a couple of students, on a college campus late at night, are hacking various institutions to transfer their money to more worthy causes. One of the student, Martin Brice, goes out to grab pizza while the other, Cosmo, stays behind. Unfortunately for Cosmo, the cops show up and arrest him while Martin, we soon learn, flees for Canada, changes his name, and grows up to be Robert Redford. Now (in 1992 anyway), Martin runs a company that breaks into banks (and other institutions) to test their security. When the NSA comes calling, though, Martin and his crew have to help the government out, doing what they do best. Not everything is as it might seem, though, and soon bodies start dropping and the guys have to figure out how deep they really are.

When I was reading reviews of the original Mission: Impossible film, many of the complaints were about how the movie wasn't true to the original series. The flick was, essentially, the Tom Cruise Show instead of an ensemble, trading tightly crafted puzzle-box scenarios for big-budget action and adventure. I haven't gone back to watch any episodes of the original series but, going through and watching Sneakers, I can't help but think that this is the kind of movie fans of the old M:I TV series were really looking for. The team of guys (all criminals or ex-spies) have to use their brains to find solutions to the problems presented to them, finding ways through the various puzzles and traps the story sets out. It's a very brainy movie (as well as being very funny in places) and it never talks down to the viewer or trades tense scenarios for loud action.

Leading the pack of "Sneakers" is Robert Redford. As much as the film is an ensemble piece, Redford's Martin Bishop (aka Martin Brice) is the main character. It's his story that, essentially, causes everything to happen in the film with his fugitive status coming back to bite him, leading him and his team down a path where multiple governments (and assorted agencies) are after them. While this role could have been weighty, Redford gives the character a light touch, making him personable even when deeply mired in the next big problem. It's a similar character to the one he plays later in Spy Game, another fantastic espionage film, and it's no wonder they then brought him in to play the head of SHIELD's oversight council in Captain America II. He's good in these kinds of movies, these kinds of roles. 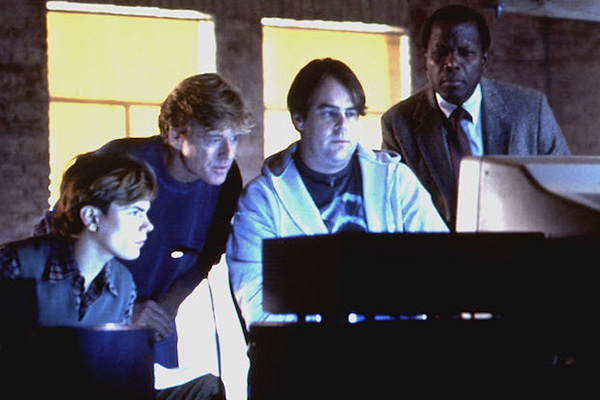 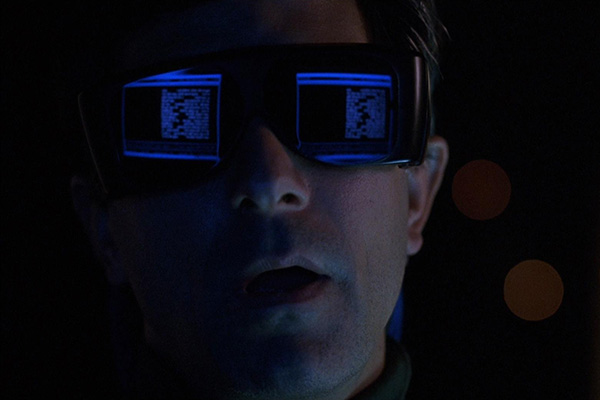 The collection of misfits Martin employs includes Sidney Poitier as Crease, an ex-CIA man with a bit of an anger issue. Then there's Dan Aykroyd as "Mother", a role where Aykroyd essentially gets to play himself, spouting off about all crazy conspiracy theories he's into. The real winner, though, was David Strathairn as "Whistler", the blind tech-expert on the team. Strathairn clearly had a ball playing the role, but, more importantly, he gave a great, believable performance as a blind person (an acting feat that, for the sighted, can be pretty difficult).

That said, there are a few weak spots in the cast. River Phoenix, as Carl, really doesn't do a whole lot in the film except be eager on the sidelines. Mary McDonnell's Liz is little more than a love interest and her big contributions to the team come about simply because she's a woman (so, essentially, can be used as an online-date honeypot). And then there's Ben Kingsley's Cosmo who seems like he was stitched in from a different film. He's all bombast and over-the-top acting while the rest of the cast underplays their various roles.

These are quibbles with the film, though, when it gets so much right. The joy of the film comes from watching the guys work their way through one puzzle after another. From an opening bank heist, to breaking into an office building, and then the big score at the end of the flick, the scenarios are well thought out and the solutions are smart without ever feeling like cheats. These guys know their tech but, of course, much of what they have to do is con-man tactics -- there's a shared thread between this film and the Ocean's Eleven series later, and in both cases what's most satisfying is the way the caper all comes together. 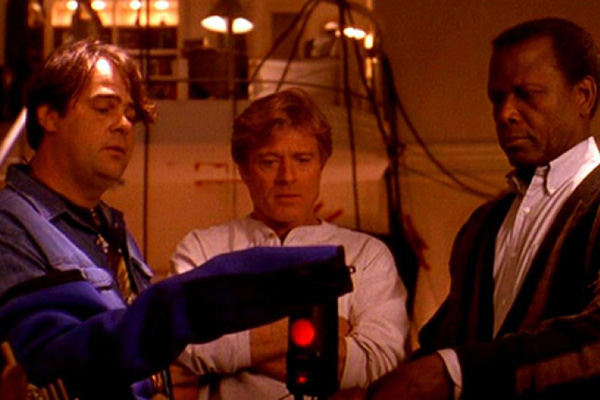 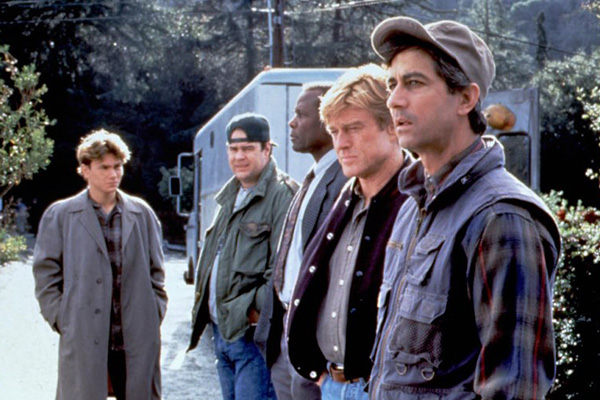 So no, Sneakers isn't a perfect movie. The pacing is a little shaggy in places, some of the roles could have been beefier, and, let's face it, the technology in the film hasn't aged well. But the lead actors are fun, the cast has an easy chemistry, and the capers are well put-together. It's a great film to just pop on and relax with as the criminals do their thing.