Thoughts on the Google Yeti

Rumors have been swirling online for a month now (and, really, they were brewing long before then) about Google jumping into the gaming market. While Google has looked at gamin in the past, making overtures about buying up development houses and creating their own gaming wing at the Googleplex, the recent discussions have centered around a much bigger initiative: a console, codenamed the "Yeti". 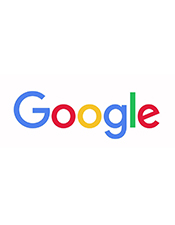 Before we get into the discussion of the console itself and what it may do, let's take a moment to discuss the gaming market and see if Google can really pull this off. Gaming is a fickle market to get into and, in the past, it's show that the fans will really only support two to three systems at any one time. Back in the day it was the Atari 2600, Intellivision, and Collecovision (and then an oversaturation from those three companies, along with a huge number of also-rans, flooded the market and caused the whole gaming ecosystem to crash). After that is was Nintendo and Sega. Sony then came along effectively killed Sega's console ambitions in the process (after Sega pretty badly bungled it themselves with the 32X, Saturn, and Dreamcast all released in quick succession). Later, Microsoft jumped into the fray and it looked like Nintendo was gonna die off until they switched gears and targeted a different segment of the market.

Through all these shifts and upheavals, there were only a couple of big names that came to the forefront. Nintendo and Sega dominated the 16 bit era, but how many people really cared about the TurboGraphix 16, NeoGeo, or Jaguar during that time? There are any number of companies that had ambitions to become the next big gaming system (Phantom, N-Gage, WonderSwan, Shield, on and on), but fans are only willing to buy so many $300 consoles leaving only so much of the market, then, for consoles to absorb.

Google is a big name in tech, but can they really break into a market where Microsoft and Sony dominate the high-end and Nintendo eats up everything else (and the entire portable market as well). I have my doubts considering past history, but being one of the big boys, Google could certainly give it the ol' college try.

Google's console ambitions are clearly designed to fight the battle on different terms, that's for sure. Instead of releasing another disc- or cartridge-based system, the proposed Google Yeti would be a streaming system. Essentially, instead of running all the game processing tech in the Yeti box, most of the game would be processed on remote servers and then broadcast to your Yeti and shown on your screen. The upside of a service like this (which has been tried more than one already) is that any box can then play a high-end game with minimum hardware. The consoles could be cheap to make and thus cheap for people to buy (undercutting the $300 market for the current consoles).

There are a couple of downsides to a technological solution like this. The first, and most obvious, is bandwidth. The games are only going to look as good as your internet connection allows so if you don't have good download speeds to your house, your games will look pretty bad when they're streamed in. Of course, if you're prone to internet connection drops or latency issues, the games will hitch and stutter as well. And, if your 'net goes down, that box is pretty useless for game playing until it comes back up. Compare that with the current consoles with physical media -- the games are designed to run on the hardware, no questions asked, and you have the disc (or even just the game downloaded already) so you can play it when you want on your terms.

The other issue, two, relates to the latency, specifically your own upload connection. When you press a button in a game, you expect your character to react instantly. When you move that process to a remote server, you're then having to upload that information to the web, process it out, and then download it back. No matter how good your upload/download speed is, you'll notice some delay in your actions, which can be detrimental to the gameplay. Sure, there will be technological solutions to try and minimize how much the players see this process, but there's only so much you can do with a process like that, only so far you can speed it up, and it won't be as seamlessly "instantaneous" as players will expect.

This is why I'm always skeptical when game companies say "streaming games is the future of the market". There are technical limitations the company managers don't think about -- they see a solution, a way to make money without printing physical media, and they jump on it. It's also a way for the game company to take control away from the players, to charge more for their "service". If you don't have a physical game all you have a is a license to play the game (at the mercy of the game company). If the game is being streamed, do you even have that? They could, in theory, put out a game and make you play per month, or week, or session if they wanted to. They can grant you access on their terms and if, down the road, they decide they don't want you to play the game anymore, they shut it down and there's nothing you can do. It's the MMORPG style of gaming spread across the whole industry (and even MMORPGs aren't as big now as they used to be, perhaps for that reason).

Game company managers love the idea of taking games out of players' hands, and the Google Yeti is the kind of console that would encourage that. Even if somehow they get the technology to work right, and you have a great internet connection, and the button presses feel instantaneous to the screen, there's still that problem with the fact that the games are no longer yours. Personally, I love physical media. I love that I can go back and play Chrono Trigger any time I want because I have the cartridge and the SNES to go with it. I don't have to look online for it, worry if the game is available in a marketplace, or if suddenly it's going to disappear because SquareEnix no longer wants to sell it. The game is mine and I can do with my copy of it as I see fit.

Maybe Google is able to break into the market. Maybe they're successful and become the fourth pillar of the industry (along with Nintendo, Sony, and Microsoft). I don't see that happening, but even if they do, I doubt I'll buy the console. Not if it doesn't support physical media. There are too many downsides to an online-only gaming experience without enough benefits to suit how I like to game. I'll be interested to see how this move plays out from big G, but I won't be part of their target market.