The Outpost May Be Important, But I Just Don't Care

I'm a fan of The 100. It's a decent little sci-fi show aided by an interesting setup as well as the fact that it runs, normally, during the summer when I don't have much else to watch. I can keep up with it, be entertained well enough, and it holds my interest just long enough to make it through the hours. The fifth season is currently going on right now, so I'll wait to do a full review of it until the season wraps, but I give it a tentative thumbs up so far. 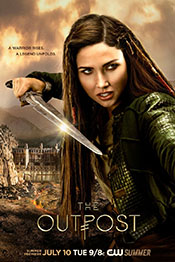 I mention The 100 because, after watching the latest episode of the show on the CW app, I saw an ad for The Outpost, which was pitched in such a way to try and hook fans of the one show by being dark and edgy, although with a fantasy bent instead of a sci-fi bent. I gave the pilot a watch mostly out of idle curiosity figuring, at the least, it would be good fodder for this website.

Let me tell you, if you want a good show, or even a passably watchable show, The Outpost is not for you. If your idea of a decent to look at but stupid show was Hercules: The Legendary Journeys your bar is set just a little too high. The Outpost is, in short, a bad show. Laughably, undeniably, incredibly bad.

Having watched the first episode I have a hard time figuring out just how this show got made. The production design is terrible, with sets that look like they were thrown together with cardboard, twine, and papier-mache. The costumes were obviously bought from a local good will and then dressed up to look like "fantasy". And the props, the old wooden sword standbys, seemingly came from a high school theater department (but, you know, one of the cheap ones where the education budget for the arts has been severely cut). If this wasn't thrown together by a few people on a lark so they could post it on YouTube and then, somehow, it ended up on the CW, I'd be shocked. No one could have thought this was a good idea.

We open with our heroine, such as she is, Talon (Jessica Green), hanging out in a low-budget tavern, looking for a guy to talk to about a tattoo. For no good reason, a six-pack of soldiers in laughably bad armor (painted plastic and cheap leather) come in to break up some gambling going on in the place. Talon has to fight them off (with tragically bad choreography) so she can save her mark and get a bit of information out of it. She learns the names of a couple of guys to hunt down before her mark is killed. Then her sidekick who we barely know is also killed. Then it's time for a flashback to explain it all. 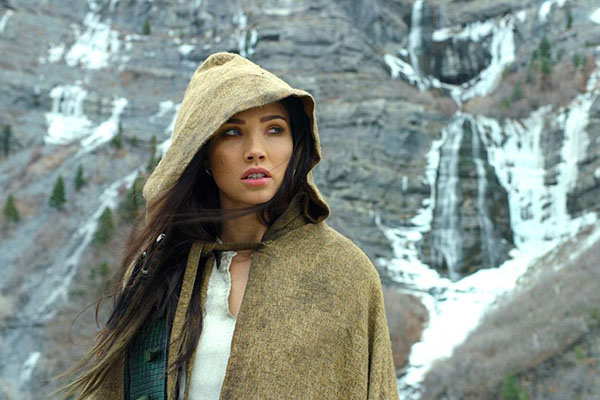 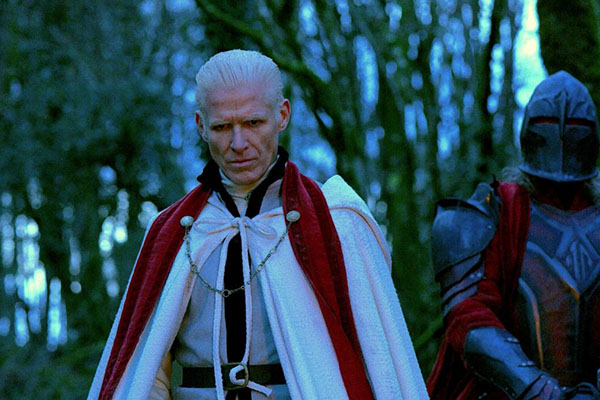 Essentially, Talon is a special magic elf from a clan of Blackbloods who are being hunted by a group of people call The Bones. No motivation is given, but the Bones attack the Blackbloods and kill all of them, leaving Talon the only one left alive. So she swears revenge and thus our quest begins.

So here's my issue. For starters, why should we care. We're not given enough time in the Blackblood elfin village to bond with any of the people there, so their summary execution soon after matters not one iota. Sure a quest for revenge is great, but since we also don't know anything about The Bones (aside from they look like a bunch of mangy bikers and all have mean faces) we don't know why anything is going on. And then magic powers are introduced that we also don't know anything about. Nothing makes sense and no one explains anything in a cohesive manner. It's just "go here, do this, a bunch of random magic names will be said, and scene."

Skipping ahead a touch, Talon makes it to the outpost (or, really, the obvious CGI backdrop of the outpost) only to be attacked, at night, by a bunch of "plaguelings", infected people that look like monsters from The Strain if they were don't on a Halloween costume budget. And let's discuss the fact that every action set-piece so far, from the opening fight in the tavern, to the burning of Talon's village, to the attack by the infected, happens at night. It's an obvious way to cover for cheap sets and bad effects, but to already have three nighttime set-pieces in short order just points out the seams of the problem.

I will note, however, that a couple of the actors aren't actually all that bad. Jessica Green does her able best as Talon, an underwritten part despite being the lead character. The lead knight at the Outpost, Captain Garret Spears is played by Jake Stormoen, and he has more charisma than this show deserves. And good actors can sell terrible sets, bad costumes, and awful props with attitude and acting. 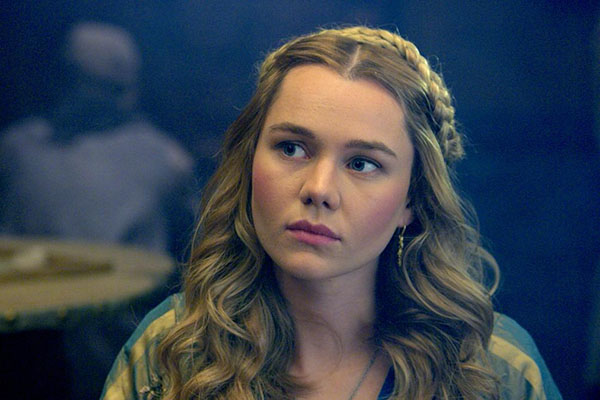 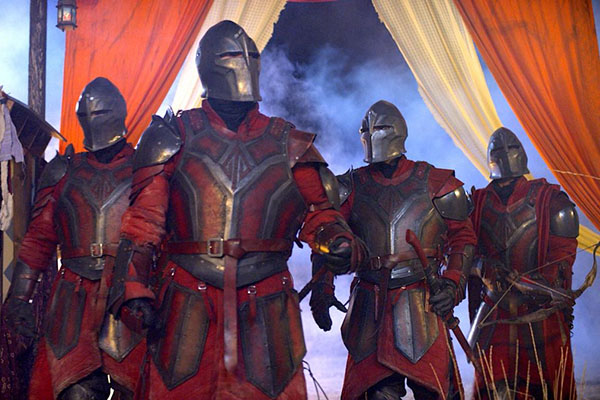 I mention Hercules again because while that show was cheesy and bad, the game cast at least had amusing stories to act out. The scripts were they, cheesy as they were. Unfortunately, the scripts of The Outpost betray the actors, giving them little to do and nothing to work with. There's just nothing to this basic, boring revenge plotline, no matter how many magic elves, thug-ish gangs, and infected zombies the show tries to throw in. The story throws everything it can at the wall and nothing sticks.

By the end of the episode, Talon has setup shop at the local outpost tavern (with bunch of obviously reused props from the last tavern we saw, including the exact same gambling table), and she's already killed the first of the guys she's marked for death. She's left near dead, though, and is helped by a secret agent and taken to safety, we assume. Her plot is moving forward, a larger conspiracy is at stake, but, as if it wasn't already clear, I'm not going along for the ride. As much fun as it is to watch a single terrible episode of a series that will clearly get cancelled before season's end, I don't have it in me to watch any more. One episode was more than enough.

If you want to watch something truly bad, then by all means, give The Outpost a watch. Just know that you've been warned.