I like food. That's not a bold statement by any measure; I'm pretty sure most of us, in one form or another, like food. But there is, of course, a difference between the simple pleasures of food and being way deep into the "food world". I've enjoyed a few cooking shows. I've eaten at one five-star restaurant (just to see how the "other half" lives). I've dabbled in some culinary experiments. I am not, however, in deep in the food world, and I doubt anyone else reading this site is either. I can't make gourmet food my life. 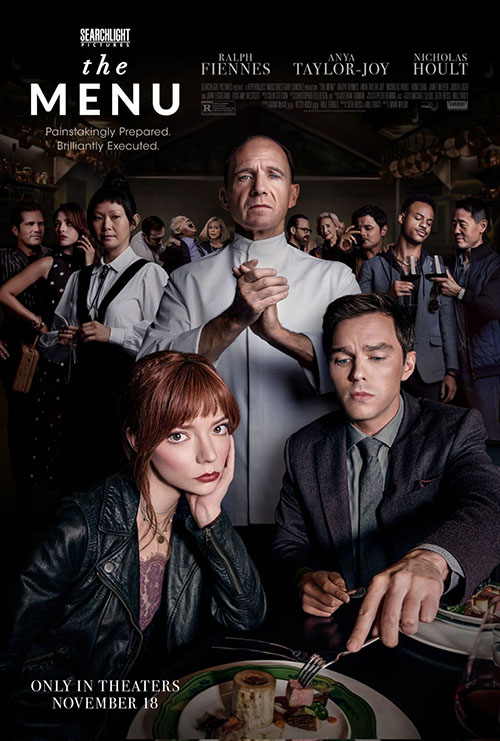 Even if you get into the food world there are levels to your obsession. You could become a name, you could become known for your food, or where you like to eat, or your critiques of the world. Or you could just be a rich asshole able to eat at thousand dollar-a-meal places like it's just anoter Tuesday. Being deep into the food world is an experience most of us likely would never be able to really understand, not from the outside, but it is clear that there's this whole other world all its own. And, depending on where you stand, it might seem pretty damn fucked up.

That's part of the joy of The Menu, the 2022 film directed by Mark Mylod and written by Seth Reiss and Will Tracy: it understands that there is something weird, something strange, about the way the food world operates. Every fandom has its odd balls and strange characters, but there's something truly weird about obsessing over weird little artistic plates of food. Don't get me wrong, I'd probably still eat the shit out of anything served to me at a gourmet restaurant, but I wouldn't often seek it out, and I'd never find the experience to be commonplace. It's meant to be strange and different, and this film, and it's weird perspective, understand that the gourmet food is strange, sometimes even off-putting, and it plays with that in numerous creative (and disturbing) ways.

It's important to go into The Menu without anything being spoiled as part of the thrill of this horror-satire is in figuring out what's truly going on. We're introduced early to Tyler (Nicholas Hoult), an obsessed foodie who really, really loves the work of Chef Slowik (Ralph Fiennes). If others can place quarterbacks on pedestals, Tyler would do the same for the chef. Given the opportunity to attend the chef's exclusive Hawthorn restaurant (which has a waiting list that stretches out for months), Tyler leaps at the chance He drags along his date, Margot (Anya Taylor-Joy), for the four-and-a-half long meal experience on the restaurant's private island.

From the outset, though, it's pretty clear that not everything is normal on the island. The cadre of guests are taken on a tour of the island and it's various buildings, and things don't seem quite right. The workers are just as obsessed with their roles at the restaurant at the chef himself. It's all very cult like, and very weird, trapped far away on this private island. What is going on, at this place and with this meal, that keeps getting stranger by the second? 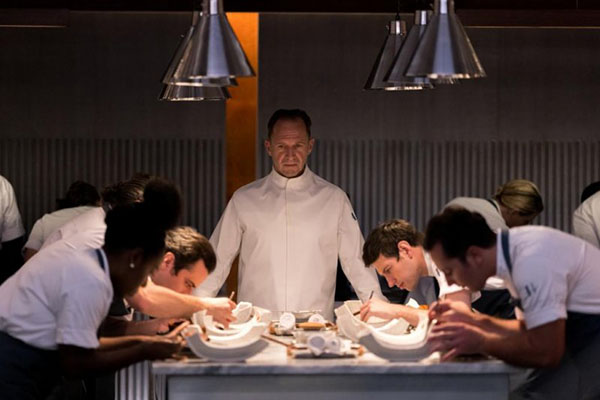 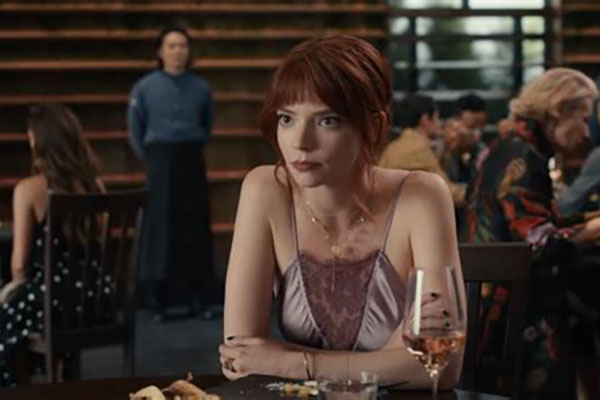 The Menu is a horror-satire, and it leans pretty strongly on both sides of that descriptor. It has truly horrific moments, played straight so as to freak out the audience. It wants to evoke the sensation that the monsters is lurking just off screen, that something is hanging over the diners from the second they step onto the boat that would take them to the island. And at the center of it is the chef, the mad scientist who commands a cult-like group of cooks, all devoted to his master creation. It's creepy and unsettling and disturbing at times.

But it's also equally hilarious (if you go in for this kind of thing). There's a vibe that plays like Midsommar or The Wicker Man, a very deliberate tone and purpose, that becomes so funny when its applied to the setting of a restaurant. The fim maintains a morbid sense of huor through it all, cutting between moments of horror with gourmet dishes served impecably. Very quickly, once the thrills came alongside the food, I found myself laughing. This is a film that plays things absolutely deadpan at times, which makes both the horror and satire work so well together.

What makes the deadpan work so well is just how committed to the bit the film is. The Menu is deranged, for sure, but it still uses all the trappings of food shows and artistic layout for the design of this film. It is a gorgeous movie, with lush colors and beautifully designed sets, all accented by the wondrous dishes the chefs serve. The movie is a feast for the eyes even as it sets about creating a very disturbing tale. It wouldn't work as well without this lush design sensibility.

I appreciated the cast of characters the film places into the restaurant. I've sure if you've watched any show about good restaurants (like The Bear) then you already know that cehfs can command a cult-like atmosphre around them. This movie populates Chef Slowik restaurant with a whole cadre of completely obsessed followers. And then, on the opposite side of the veil, are all the people you'd expect would attend a restaurant like this. The obsessed foodie Tyler is joined by the food critics (Janet McTeer as Lillian and Paul Adelstein as Ted), the movie star (John Leguizamo) and his assistant (Aimee Carrero as Felicity), the rich couple that can just eat there all the time (Reed Birney as Richard and Judith Light as Anne), and a trio of big-business douche-bros (Rob Yang as Bryce, Arturo Castro as Soren, Mark St. Cyr as Dave). Watching them suffer through this ordeal is, at times, quite cathartic. 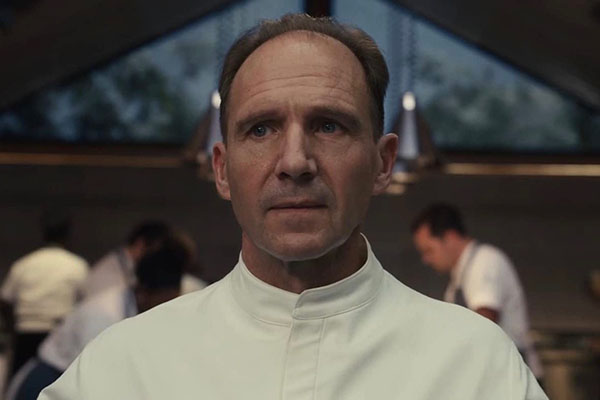 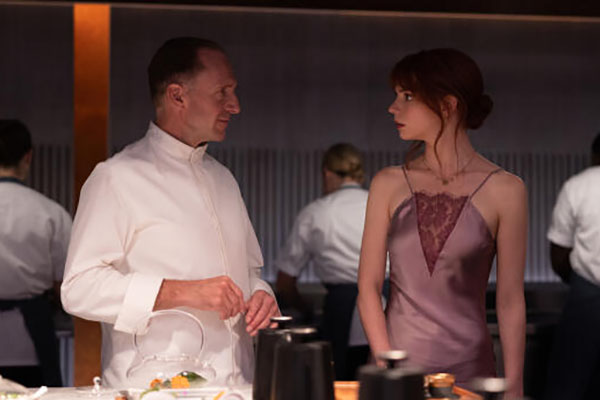 What I think really drives the film, though, is the care of its craft. This is a finely designed and executed film, not unlike the 14-course meals the chef would traditionally create. The film knows what it wants to be and it creates the right level of verrisimilitude that, even while obsured (and horrible) things happen around the characters, you never feel like you're pulled out of this perfectly crated slice of a universe. It's dark, it's twisted, and it's sarcastically deranged at times, but it's also lush and beautiful. It carries all these pieces perfectly, from start to finish, never losing sight of its goal.

In short, The Menu is a stylishly crafted thriller, a devlishly good time from start to finish. It might make you question the sanity of food staff, but you'll never doubt their committement to the craft.