Take a Trip Through the Stars

Video pinball is, frankly, a very weird concept. Pinball is a mechanical game, with real physicals balls that you control. Clearly the concepts of physical pinball can be remade in a video form (as there have been hundreds, probably thousands of releases that have done just that), but by playing the game in a digital form you lose the tactile, real qualities that make the game so interesting. Video pinball can be fun but it's not the same as physical pinball. To make video pinball work you have to add something more than just a reproduction of the physical game. 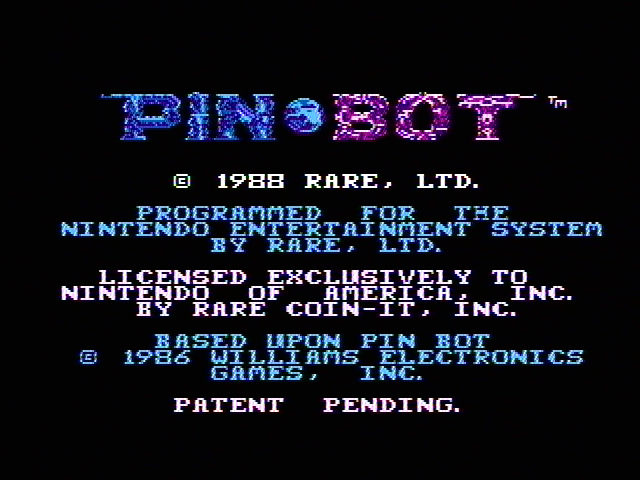 Designed by Rare and based on the physical table of the same name created by Williams, Pin Bot (stylized as Pin-Bot), is an NES game that, arguably, doesn't really do enough to push the concept of digital pinball forward. This is a faithful reproduction of the original table, done in NES graphics but maintaining much of the original structure of the table for this digital form. It's fun, and in fact I have fond memories of playing Pin Bot back in the day on my NES, but I don't thin the game does enough to keep you hooked in the long run.

Pin Bot NES, like the original tables, gives you a pretty simple concept: take a journey around the planets of the Solar System. You start on Pluto and, over time, advances along to the other planets. To do this you have to activate the targets in the center of the board (lighting up the little squares) and then scoring points to move the journey along. At certain points on the journey -- Saturn, Jupiter, Mars -- a Special bonus will be lit, granting players an extra ball. You can also get a double ball mode going, and score extra points along the way even faster.

Through it all, a robotic head sits at the top of the table, watching you make your journey. This is the titular Pin Bot. Throughout the game, from the first launch of your ball through the various visits to the planets, Pin Bot will comment at you in his synth voice, giving you commands and dictating play. The Pin Bot is the lord of the table and you live or die by his grace... or something. Really, it's just a decorative element and, occasionally, you can shoot your balls into his mouth for extra points.

As a pinball game, Pin Bot is interesting enough. The original Pin Bot table was released back in 1986 with the same layout eventually featured on the NES. Its wide open main lane, and clear score targets, made it a fun version of pinball for players to pick up, not too hard to get a feel for, and lacking many trap bumpers that defined advanced tables. It was successful enough to receive two sequel tables: The Machine: Bride of Pin-Bot, where the player works to rebuild the titular Bride, and Jack-Bot, a for more complex table with casino-style gaming built within. These two didn't get the NES treatment, but the original Pin Bot did. 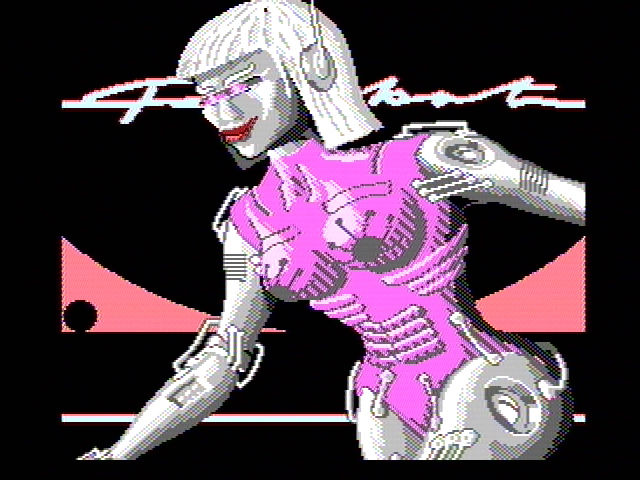 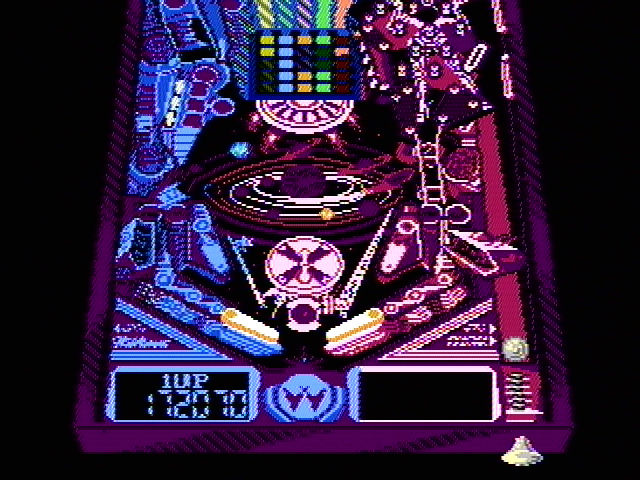 Thing is, in its original form, Pin Bot is pretty interesting. That table layout is really nice, wide open without a lot to screw you up other than your own skill. In its mechanical form, the feel of the ball hitting the bumpers, controlled by your paddles, really brings you into the moment. That tactile feel can't be beat, not in this kind of game, and it's why pinball enthusiasts still covet their tables. The mode of pinball play can go digital but it loses something in the translation.

That's what the NES game is missing: the tactile feel. Without it, the table is just a bit of digital pixels with a faux rolling ball. In fairness, Rare's version of the game does try to make up for this in some respects. The colors on the table will change and evolve as play moves on, which is pretty neat the first time or two you play through. It gives you a feel of real progress, like you made it further into the game and can see what comes next on your journey through the Solar System. I liked that aspect as a kid.

Additionally, moving through the Solar System introduces the one element a video game can have that a mechanical pinball machine can't: enemies. Once you get past Pluto, enemies will begin to appear on the table, causing some level of chaos. Some will act as bumpers that knock the ball around. Others will attempt to steal the ball, and you'll have to tilt the table (via the buttons on the controller for tilt) to get the ball dislodged (lest the enemy steals it permanently). These moments add some needed spice to the game that it would otherwise be lacking.

As a kid I loved playing this game, thinking the trip through the stars was a really neat idea. Playing the game now, though, it all feels rather basic. It's a pretty rote digital pinball game with some decent music that otherwise doesn't really live up to the thrill of playing pinball. Now, I'm not the biggest pinball head -- I think the game is neat but I don't go out of my way to track down every table I can play -- but I do have an appreciation for the style of play. Pin Bot mirrors the layout of the original table and brings that to the NES, but what it lacks is the fun. When it's all digital it feels airy and distant, like you controlling it third-hand. It doesn't feel like real pinball, and Rare's conversion just doesn't have enough to make the game feel like more than just a single table digital experience. 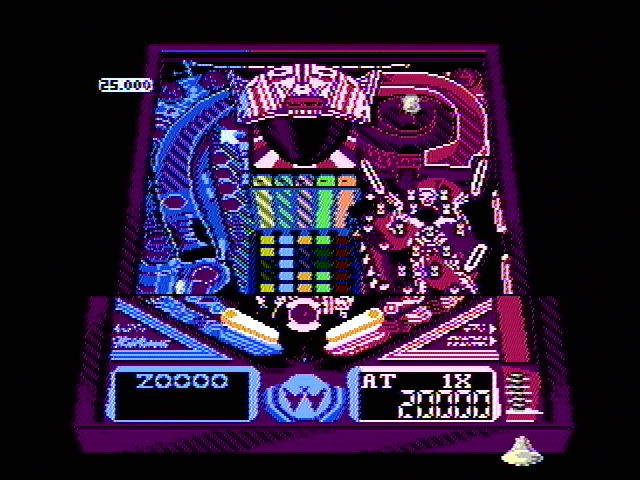 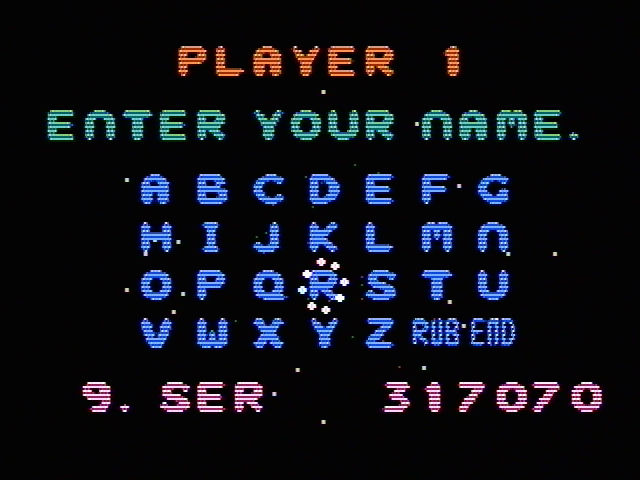 Don't get me wrong, there are ways to create a better version of digital pinball. Rare even managed it on the NES, with their far more interesting conversion of High Speed, another Williams table. For Pin Bot, though, the experience is lacking a certain something. It's fun in small doses but feels too shallow to really keep pinball fans engaged for very long.