Everyone has their own guilty pleasure movies. These are the films that people generally agree aren't very good yet, at the same time, are fun to watch. It's films like Dude, Where's My Car? (my personal favorite guilty pleasure film) or Big Trouble in Little China, or just about anything Adam Sandler has ever made. You wouldn't really even try to argue on the cinematic value of these movies, not in the grand artistic scheme of things, but you're glad they exist so you can watch them when you're bored on the couch, enabling you to laugh at the silliness on screen. 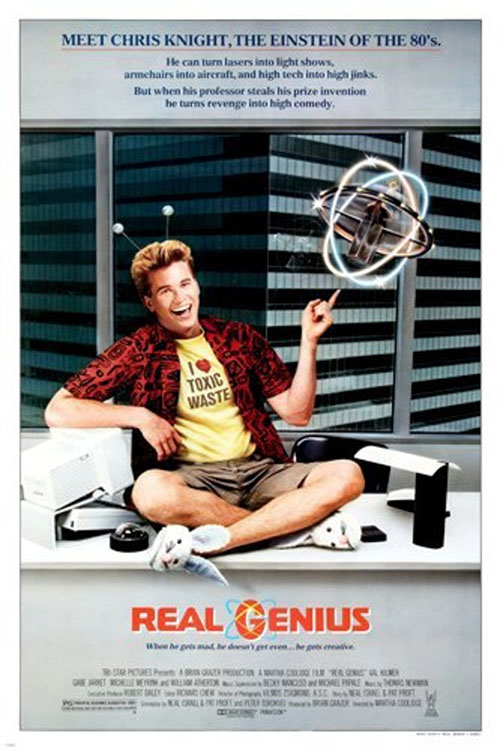 That's how I've always felt about Real Genius, the 1985 college comedy starring Val Kilmer in one of his first film roles (second only to Top Secret!). This is a silly, dumb film about smart students doing dumb things. They get into trouble, have a bunch of antics, and generally just cruise by on an easy-going vibe. This film isn't challenging in any way, settling neatly into the standard formula of teen comedies -- students vs. teacher, slobs vs. snobs, yada yada -- but it does manage to have a lot of fun with its concept in the process. That alone makes it quite watchable.

The film focuses on Chris Knight (Kilmer), a senior at Pacific Tech. He's a genius, one of the ten greatest minds in the world, but also something of a slacker. He goofs off, avoids class, and also doesn't do much work on the laser project his teacher-advisor Professor Jerry Hathaway (William Atherton) assigned. The rest of the team working on the laser is struggling why Chris parties, which is part of the reason why Hathaway brings in young genius Mitch Taylor (Gabriel Jarret), a 150year-old whiz-kid who loves building lasers. Together, Hathaway things, maybe the two geniuses can build the laser he needs.

And he does need this laser. His project was paid a lot of money (that, it's implied, he embezzled and spent on a lavish house remodel), funded by the U.S. Government. They want a laser they can fire from space to eliminate any human target, and that laser is supposed to come from Hathaway's team. If Chris screws around, distracts Mitch, and doesn't do the work, Hathaway would be up shit's creek. But if the guys ever found out what the laser was actually for, you know they'd be pissed. Can the guys build the laser? Will it end up in the government's hands? That's what the students will really learn this year.

It's hard to say that Real Genius made much of a splash when it came out in 1985. Although managed to pull in $13 Mil on an $8 Mil budget, but even accounting for inflation that's still not much of a return on investment. The reason so many still remember Real Genius is because, after it's run in theaters, it immediately because fodder for the cable movie channels, regularly airing twice a day, multiple days a month, on HBO. That's how I saw it, growing up, and it was regularly in rotation even after its debut, entertaining kids who were stuck at home with nothing but the boob tube to watch on an afternoon. 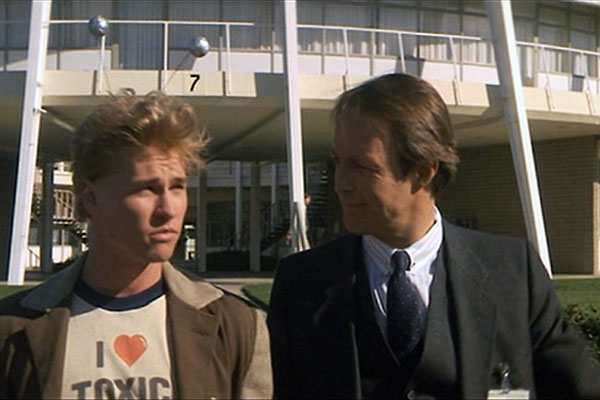 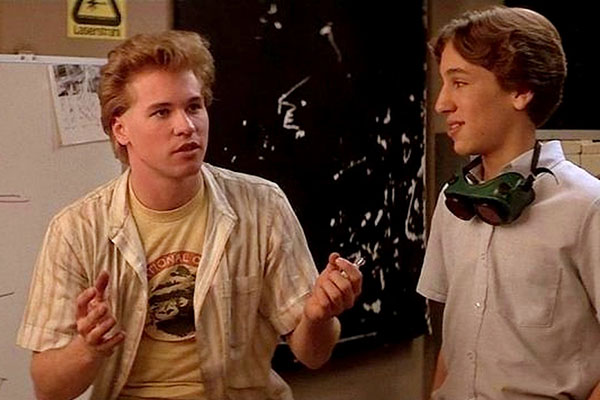 Frankly, Real Genius is tuned just right for that audience. Especially when you factor that Mitch is 15 in the film, the students at Pacific Tech really aren't that much older than the kids that grew up watching this film. And while there's the occasional comment about the students trying to get laid, the film itself is pretty darn chaste. There's absolutely no nudity, and barely even any kissing in the film at all. This is the kind of movie parents wouldn't have minded at all for the 'tween set back in the day.

The antics and pranks the students get up to, as well, are pretty darn harmless. There's some experiments with ice, a laser used to create a sign for a pool party, some kooky inventions, and one genius who sends in millions of entries for the "Frito Lay contest". In fact, the only prank that's at all mean spirited is performed by one of the jerk students, Kent (Robert Prescott), and he gets some much needed comeuppance late in the film.

Beyond that, there's a solid message in the film about using your brain to get ahead. Most of the pranks and antics in the film are so the students can blow off steam. We do still see them study, and work, and try to better themselves. They use their brains for good, and while they're nerds they're never looked down on. The slobs vs. snobs storytelling comes from Chris and Mitch going up against Kent and Jerry, not against a group of jocks. No one every looks down on them for their intelligence. In fact, their brains are what makes them special, a rare trait in '80s teen films.

And we do actually see our heroes put some good into the world. When they realize their laser can be used to kill people they immediately set to work to sabotage the project so it can't fall into the wrong hands. This actually leads to the famous climax of the film (involving a really nice house destroyed by a bunch of popcorn) and you have to assume a lot of schadenfreude for our villains. Good triumphs and our heroes graduate (or, it's assumed, Mitch will eventually) all as the rocking 1980s soundtrack plays. 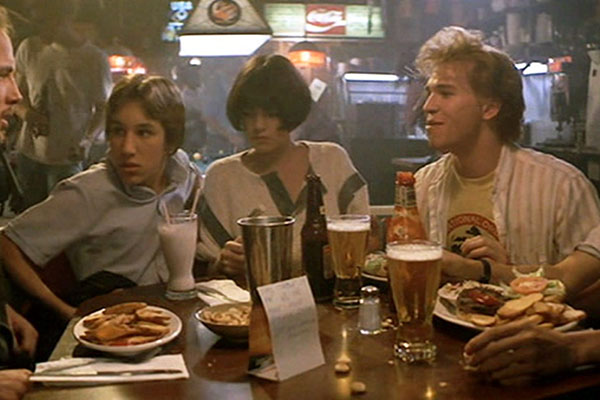 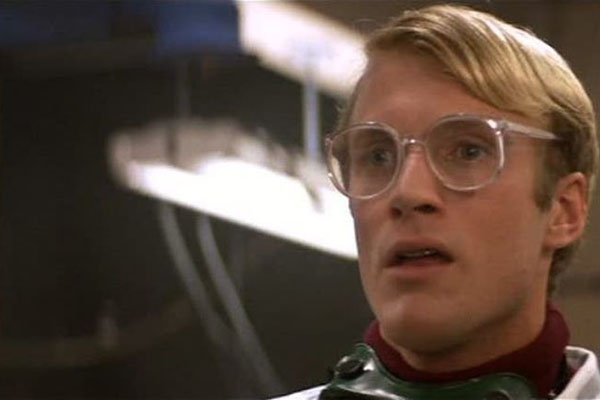 Actually, above the antics in the film (which are enjoyable), I'd say the best part of the movie is its soundtrack. Everyone knows "Everybody Wants to Rule the World" from Tears for Fears, a song much more famous than this film (even though it was prominently featured in the end of the movie), but there are other solid tracks like "I'm Falling" by The Comsat Angels and "Number One" from Chaz Jankel. These tracks have a serious '80s vibe to them, understandable considering, and will act like a blast from the past for anyone listening to the tunes (even if they weren't born in the 1980s).

Real Genius is a solid slice of 1980s cheese, a dumb and silly film that knows exactly what it is and enjoys what it can do. You can't take it seriously, nor should you, but if you're looking for a flick to just chill with one afternoon or evening, one that doesn't demand too much from you, it's a solid choice. That's what you want from a guilty pleasure film, something that will entertain as you pass the time.