The Green Glow of Destiny

Growing up I think there was a stigma that all animated films were "meant for kids". That obviously was a Western sentiment. I'm sure someone could go out and find examples of artists attempting to change the public's view of what animated could be, and you could also find things like Looney Tunes that were kid friendly but very adult in the jokes they through around. But from the time that Walt Disney made his animated feature debut with the family friendly Snow White and the Seven Dwarves, Western viewers really got it into their heads that animated meant it was for kids. 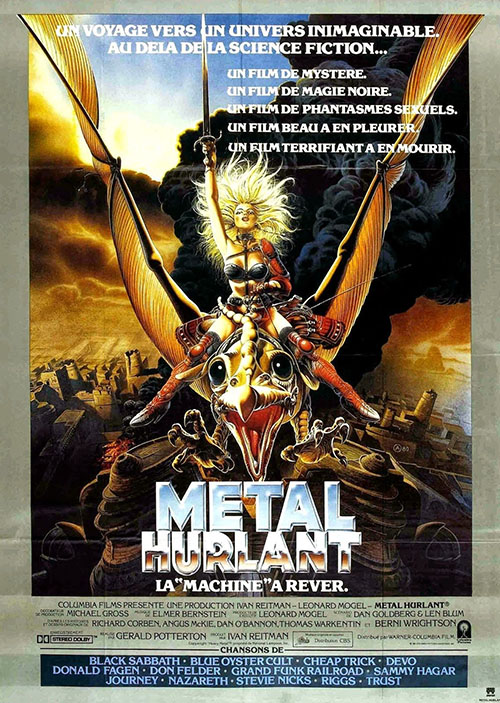 Growing up in the 1980s, there were a few examples of films trying to push apart the attitude that all cartoons were kid-friendly. The biggest example, though, was 1981's Heavy Metal. This was the one I'd see my older family members watching while getting told it was too adult for me (which naturally just made me want to watch it even more). Sex, violence, sex war, horror, violence, and sex all wrapped up in an anthology format made for a viewing experience that was very different from anything Disney put out. It clearly stated, "those were for kids, but this is one for the adults," and it worked pretty well in that regard.

With that said, going through and watching it again, there are some pretty flaws with the film that all come down to format. Making this an anthology film, the movie lives and dies on the power of its segments and not all the segments of Heavy Metal are made equal. Some are solid, but others meander and don't really add much to the overall storyline of the anthology. It's a mixed bag experience that, while fun once or twice, doesn't really have the legs to be a regular viewing experience, which probably shows why this film received one decades-late sequel and then wasn't seen again on the big screen (although we'll get to continuations in a bit).

The film, told via the framing story "Grimaldi", focuses on an astronaut and anthropologist, Grimaldi (Don Francks) who comes home to his daughter (Caroline Semple). She in turn asks what he brought her, so he reveals a glowing green sphere, the Loc-Nar (Percy Rodriguez). However, once the sphere is in his hands it melts Grimaldi. Then it floats towards the girl, terrorizing her, before telling her it is the representation of all evil in the universe. She, for whatever reason, needs to die but, before he melts her too, he'll show her how the universe is evil and how his influence makes it so.

From there, we then get tales off greed and violence. "Harry Canyon" focuses on the main character, Harry (Richard Romanus), a taxi cab driver in the future of New York who saves a girl (Susan Roman) from some mobsters and then gets wrapped up in her crazy plan to sell them the Loc-Nar. "Den" has the Loc-Nar reveal itself to a nerdy teen, Den (John Candy), who then gets transported to an alien world where he becomes a Conan-like figure, fighting barbarian aliens and having sex with beautiful women, all guided by the Loc-Nar. "Captain Sternn" is a silly tale about a pirate going on trail and being pursued by the one guy he called a friend. "B-17" follows soldiers on a B-17 bomber during World War II, attacked in the sky, killing most of the soldiers on the plane, who are then resurrected as zombies. "So Beautiful & So Dangerous" is about robots wanting to bang a girl. And then "Taarna" follows the Loc-Nar are it takes over the mind of a warrior clan, so the scientist clan that opposed them has to beg for the help of the warrior protectors, the Taarakians, and Taarna is the last Taarakian alive, sent to save them. 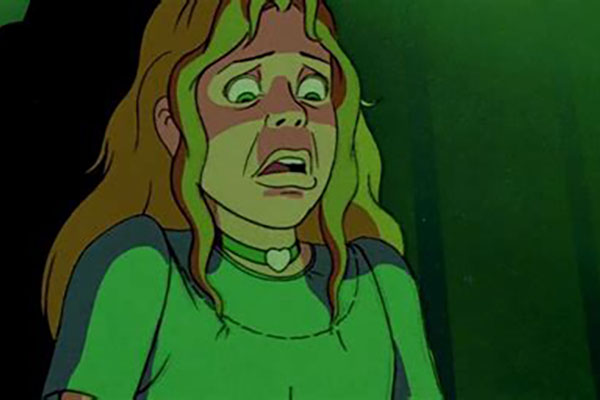 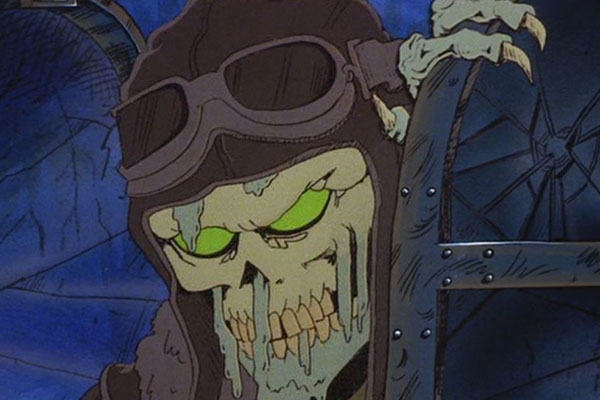 In short, the film is uneven. Good, even great in places, but lacking a certain something to really unify it. I think the early segments are among its best. The framing device, which is normally a format I hate in anthology movies, doesn't insert itself too often and certainly doesn't eat up a lot of time. Plus, it has some cool gore right at the start, helping to set the tone. "Harry Canyon" also works, again because it is quick and too the point, focusing on the characters without bothering to go on and one about details that don't matter. And "B-17" works as a tale of terror, even if it's more the middle of a story and stops before we get a definitive end.

Other stories, though, mostly in the middle, feel pretty flabby. I think "Den" is amusing, but it's about one act too long, going on much longer than it needs to without really adding much to its silly story of barbarians and sexy ladies. "Captain Sternn" is entirely throw away, as is "So Beautiful & So Dangerous", which just meanders around and has basically nothing to do with the Loc-Nar. And while I think "Taarna" has its moments, this one needed a lot more time fleshing itself out than the film gave it, leading to a weak story with little character development. I needed more.

I think the fact that the second "act" of the film is weak certainly hurts the overall experience. Had the flab been trimmed, and other segments gotten more focus, that could have helped the film. Maybe more time on "Harry Canyon", "B-17", and "Taarna" could have lead to all of those segments really thriving without some of the sillier moments. That certainly would have led to a better story about the Loc-Nar in general, especially in developing it as the malevolent force of all evil in the universe.

It also would have helped the tone. The worst parts of the film are the silly comedy, especially because they feel so out of place. Most of the segments are unified by sex, violence, and death, but the light-hearted moments, probably there to give the viewers some breaks, diminish the experience in general. Maybe the film needed some comedy, maybe it didn't, but these segments do the film no favors, for sure. 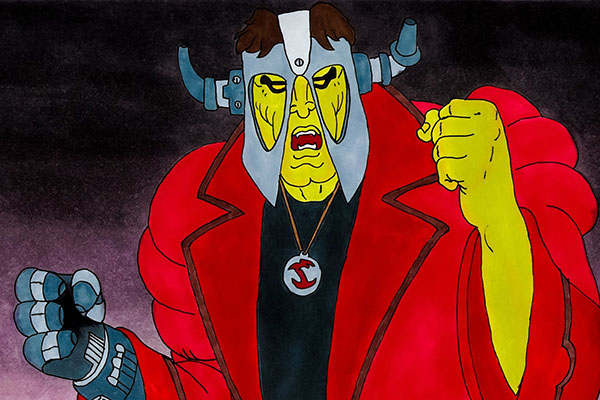 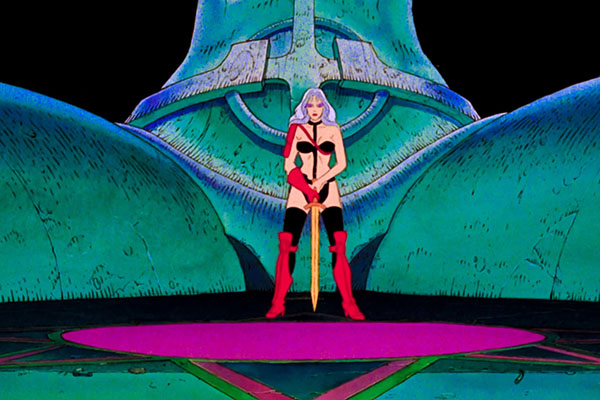 I like Heavy Metal but I don't really love it at this point. I know others have found the film to be formative for their understanding of animation, which is why the name Heavy Metal has lived on with a certain segment of the geek population. Hell, the film managed to get a sequel, Heavy Metal 2000, which in turn received its own sequel video game, and then there were ongoing plains to make a third film even. Those eventually became the original I.P., Love, Death, and Robots, which does carry on the spirit of this film without the overarching story ideas.

And maybe that's for the best. If you're going to do the anthology concept you have to decide what's more important: the individual stories or the overall arc. Love, Death, and Robots has no arc, it's just robots and violence and comedy in equal turns, and it works on its own merits. Heavy Metal is a cool concept (and it does have a pretty good soundtrack), but having to unify it with a central story about the Loc-Nar means all the shorts need to work equally well, and that's where this film falls down. Better to go truly episodic so you have to freedom to do as you like.