Going Off the Rails

It feels like we're in a time where people are seeing the allure of trains. As someone that hasn't ridden on many trains, and doesn't feel much draw towards them, I find that pretty odd. There's no denying, though, that there's been a number of big films released recently where the events of the story occur on a train, and that includes Snowpiercer, Train to Busan, and now Bullet Train. 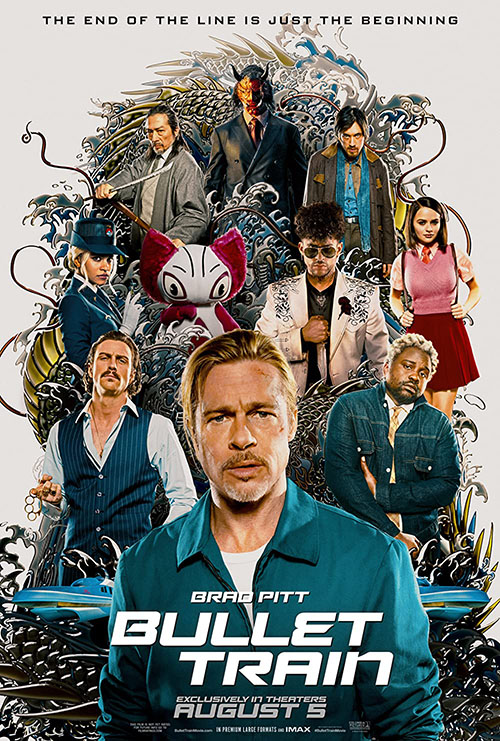 You will notice that all three of those films have some connection to Asia. Snowpiercer came from a South Korean director, Train to Busan was an entirely South Korean production, and Bullet Train is set entirely in Japan. hat's a superficial connection, to be sure, but it does speak to one specific fact: high-speed trains are more of an Asian convention than a Western one. Perhaps some of the allure in the West, then, is because these are cool vehicles that we basically don't get to ride on here. They look luxurious and we won't be able to see them for real unless we cross the pond.

But it's also interesting to note that all three of these films in question are genre fare. From dystopian sci-fi to zombie apocalypse, and then an action gangster film, we're getting trains as a medium to play with the conventions of those genres and that's because the train allows the character to travel while still exploring their surroundings. Trains provide more real estate than a plane, while still controlling just where the characters can go. They're forced ever forward while still having the freedom to use their environs. It's an interesting way to tell the story, one that I think really works on the medium of film.

With all that said, of the three films I think that Bullet Train, written by Zak Olkewicz and directed by David Leitch, it probably the weakest of the loose trio. It has action cred behind it, and an all star cast, but what fills the screen feels like a Tarantino knock-off. It's slick, and funny, and has an easy-going vibe despite all the violence on screen, but it's also instantly forgettable the second its turned on. I laughed while I watched it and had an entertaining two hours, but do I remember much about the film now that it's even been once day since the viewing? No, and that's a problem with the overall tone of the film.

The movie is ostensibly about the the White Death (Michael Shannon), a Russian gangster who took over the Yakuza years earlier. Since then he's reigned over the Japanese underworld, ruling with an iron (and bloody) fist. Into that world steps "Ladybug" (Brad Pitt), a bag man who steps onto a train to do a simple pickup job. Get on there, steal a briefcase, and then leave. However, Ladybug has terrible luck (so he says) and one thing after another prevents him from making it off the train and out of the film. 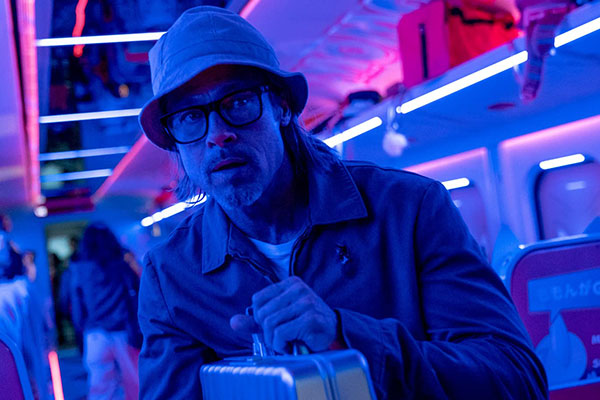 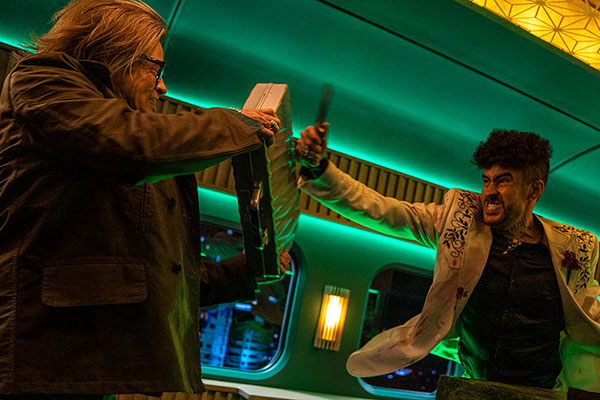 Along with Ladybug there's "Tangerine" (Aaron Taylor-Johnson) and "Lemon" (Brian Tyree Henry), two psychotic assassins with a penchant for mass carnage. There's the Prince (Joey King), a young woman out to prove she's a proper villain. There's also the Wolf (Bad Bunny), a violent enforcer who gets on the train to carry out his quest for revenge. And there's even the Hornet, a skilled assassin who never reveals their face right up until the moment they kill with ha nasty and lethal poison. All of them, for one reason or another, have a connection to the White Death and, as the film plays out, we might just see them all meat their fated destiny (at the ends of each other's guns).

The best part of Bullet Train is its carefree attitude. It's a sly and winking action film plastered with wall-to-wall slickness. Characters have asides, the fourth wall is broken, and things are told in all manner of order to let everyone's story get explored. It's a good thing they're on a train because sometimes it's hard to tell where the moment of the story is headed, but that also means we can sit back and enjoy some of its weirder flourishes. The film loves to revel in being weird and fun, and for the most part that means it then carries the viewers along with its comedy and hi-jinx.

With that said, the worst part is the films lack of focus. Because the film bounces back and forth between characters, stories, and time periods, you never really get a character to latch onto. Ladybug is ostensibly our protagonist but he is still a criminal mired in this story and, through one event after another, he also kills a few people. Now, credit to Brad Pitt, he makes his character enjoyable and Ladybug never feels like a true villain... but it's hard to call him a hero either. You don't know whether you want him to live or die, and even if death for any of the characters would be a bad thing. The film never finds the nuance to make you care, leaving things a little too pat and shallow.

Shallow is, frankly, the operative term for this movie. It has its neon aesthetics down, and it's slickly produced to the hilt, but it never really connects on any meaningful way. The deepest the film ever gets is with Lemon and his love for Thomas the Tank Engine, relating everything he sees and does to the power of that show's characters. It's amusing, and at times endearing, but never really more than a strange tick without any true grounding. The film does its best to make us care if any of the characters is a "Diesel" (it makes sense in context), but that's not the same as actually caring about the characters and what happens to them. 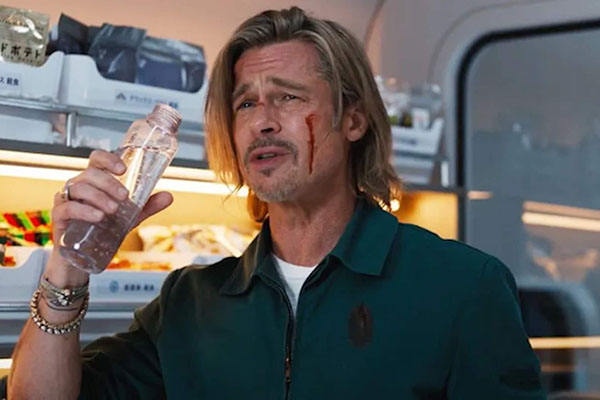 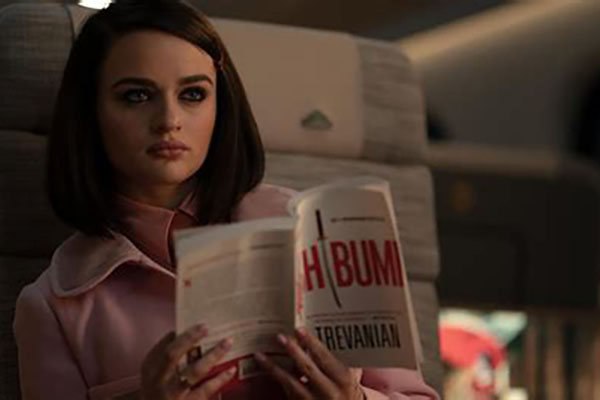 Contrast that to the best films of Tarantino (Reservoirs Dogs, Pulp Fiction) and Guy Ritchie Lock, Stock and Two Smoking Barrels, Snatch). These were films about proper villains, criminals in their own underworld, but somehow you actually cared about them. Their events, their worlds, had real heft to them and you wanted to see them navigate whatever maze of lies, deception, and violence they found themselves in. Those films were slickly produced, sure, but they had souls. Bullet Train is lacking a soul.

What works about the film is its game cast, slick design, and neon aesthetics. But a slick production is no substitute for real stakes, and on that front Bullet Train fails. I liked the film, and I might even watch it again, but it in no way rises to the heights of the genre its playing in. The train suits the story, but the story doesn't managed to move along with the train.