I am not a huge fan of Dick Cheney. I know, that will come as a shock, considering I'm an ultra-liberal Democrat who has regular espoused my views on this site (especially when the podcasts were doing monthly political coverage). That, and that reason alone, is why I originally avoided Vice, a film all about Dick Cheney. Why would I want to sit through a film about the most evil Vice President the country has ever seen? 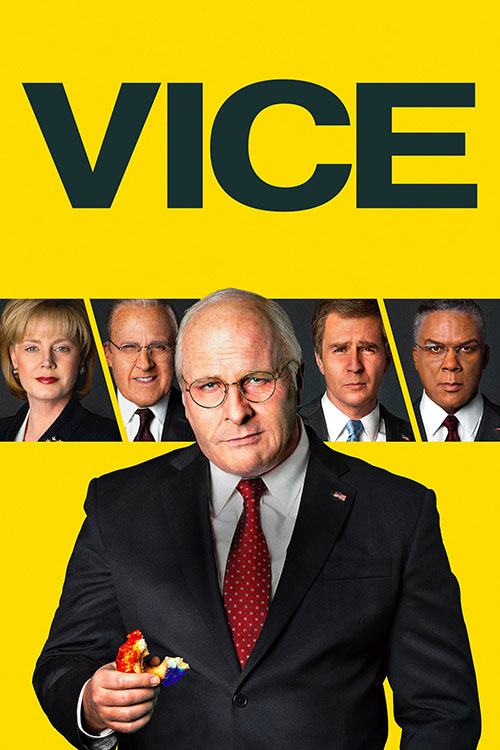 That might sound like hyperbole, but that is the argument, effectively, that Vice makes. That, though a series of events like a slow tumbling of dominoes, a man who shouldn't have been anywhere near the highest offices in the land, was able to get there because everyone around him was corrupt, uncaring about the needs of Americans, and only after their own self-interests. And, because of that, a man who was like them, simply turned up even higher, managed to become Vice President and, for eight long years, essentially ran the country while a playboy moron sat in the Oval Office.

Is that a fair depiction of the events of the W. Bush presidency? I'm sure those on the right would argue otherwise, but the fact is that George W. Bush is not highly rated on the list of all time presidents, and while his ranking may improve over time (he currently sits near the bottom, but still far above Trump), he'll likely never get anywhere close to middle of the pack (unless the next twenty are all Trump-level disasters). Much of that is due to Bush, Jr. being generally unqualified to actually be president. But more is because Cheney took over many of the duties of President and ran the job without any oversight at all, doing as he liked and running roughshod over the country.

As is made clear in the movie (and was pretty clear if you lived through that presidency), the White House staff were really only interested in lining the pockets of their corporate sponsors. This was most clear during the Iraq war when America (backed by Britain) went to war with Iraq because, well, something something terrorists. After 9-11, the American people were (ass shown by polling) very angry and wanted something to be done. We'd been attacked, they said, and someone had to pay. So the Bush administration, as led by Cheney, engineered facts to show a tenuous connection between the attackers actually behind 9-11 and Iraq, thus justifying invading Iraq.

The real reason to invade wasn't to get the terrorists (they failed on that front, actually causing one terrorist cell to go underground and eventually morph into ISIS) but to secure the oil under Iraq so they could sell it to corporate American interests. It's imperialism, plain and simple, and the no nonsense way the film presents it makes that pretty clear. Bush, of course, liked the idea of invading Iraq so he could finish what his father had started back (and failed to do) during the first Iraqi War: topple Saddam. Cheney just used all that to deliver the goods to the patrons. 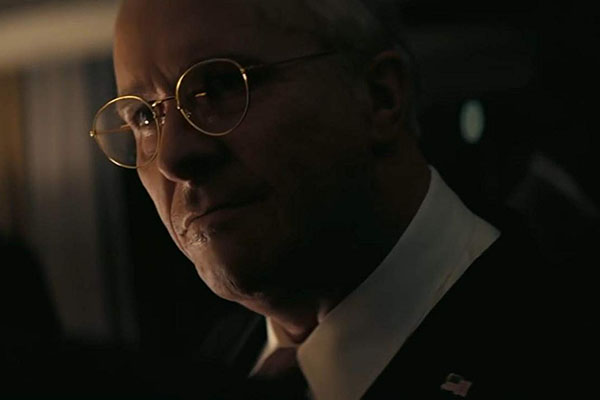 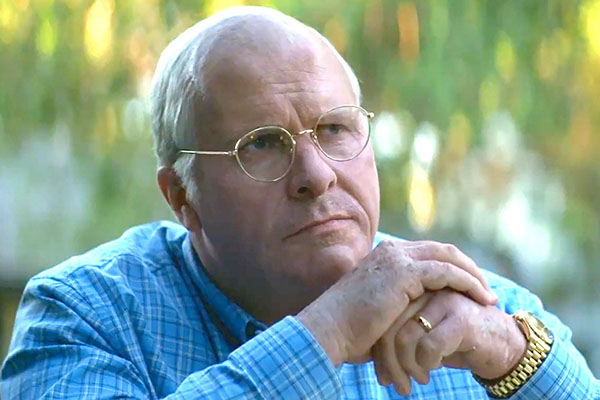 If we're being fair, the film is highly dramatized and has a few areas where the line between fact and fiction is blurred. Certain characters are portrayed slightly differently than they how they acted in real life. Some real people are dropped to merge what they did in with other people (a common change in historical films to streamline things). And some ideas the film presents are muddled at best and incorrect at worst.

The biggest issue seems to be with how the film presents the "theory of the unitary executive". In the film this is presented as a way to say, "the President is basically King of America and can do what he wants. Anything the President does is legal, by law, so if the President does it then it must be legal." In reality the theory is more narrowly focused on the Executive Branch alone and doesn't imply any power outside of that branch. Even then, though, what the film gets right is showing that the whole of the Executive Branch was aligned behind this idea, giving the President (and, really, Vice President Cheney) a huge swath of power with very little oversight.

If we also want to be fair, the Cheney family took issue with Dick's representation in the film. Liz Cheney, for example, views her father as a "superhero" and feels the film failed to show his greatness. It's worth noting that when it comes to the War in Iraq, many of the things the country did (and the terrible ways they did them), and the end result of all of that (the Trump era to come) aren't disputed and, in fact, the Cheney family doesn't go near all of that. In their eyes, Cheney was a hero and what he did was for the good of... I want to say the country but that feels like willful dishonesty.

The fact is that the film is engineered to be a slick, anti-Cheney biography. Some might call it propaganda, and due to the way it cleverly presents its facts and details, that's probably a fair comment. With that said, the film has to be entertaining to work as a film; a dry and detailed account of Cheney's life from young man to the Vice Presidency, would be boring. People would tune out eventually, and the message would be lost. The point of the film, and many of its great moments, weren't lost on me at all and that's because the film is slick and engaging. 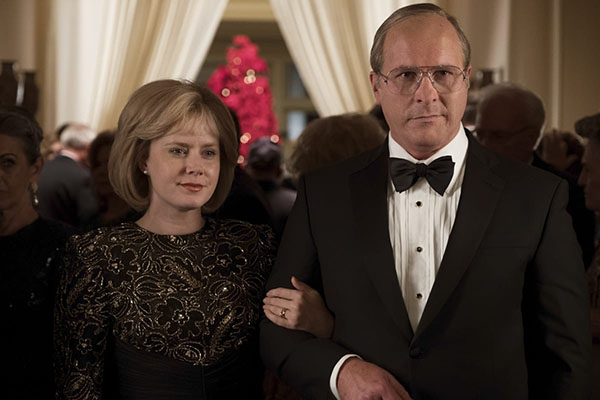 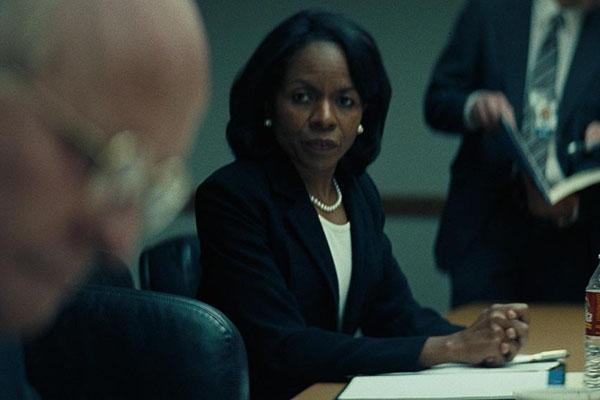 Much of the credit, though, should go to Christian Bale as Dick Cheney. He's a charismatic actor who doesn't look anything like the ex-Vice President, but he does a good job of getting absorbed into the prosthetics needed to depict him. Better, he finds the core of Dick's persona and taps into that. While accepting his Golden Globe, Bale thanked Satan for letting him play Cheney, and that seems fair. Bale knew who he was playing and it was pretty clear the kind of casual evil Cheney was willing to stomach for the sake of being in power and making corporate interests rich.

If you're a conservative I'm sure this film turned you off. This is a film preaching to the choir, really, but it does that well. The best it could do is make a case for those in the middle, on the fence about their feelings towards the past administration and, more importantly, where Conservatism is headed. If it helps to change a few minds then that's a net win. But everyone else will already know how they feel about this man, and his administration. It's a solid and engaging film, but it's very much made for people already primed to hate that Dick.