Superheroes, if you didn't already notice, are big business. Every studio wants to have their own big superhero franchise, and there are enough attempts at launching cinematic universes out there that the failed films may actually outnumber all the successful once Marvel has made for their Marvel Cinematic UniverseWhen it first began in 2008 with a little film called Iron Man no one suspected the empire that would follow. Superhero movies in the past, especially those not featuring either Batman or Superman, were usually terrible. And yet, Iron Man would lead to a long series of successful films, launching the most successful cinema brand in history: the Marvel Cinematic Universe.. While not every superhero film released is going to make mad bank at this point (the DC Extended UniverseStarted as DC Comics' answer to the MCU, the early films in the franchise stumbled out of the gates, often mired in grim-dark storytelling and the rushed need to get this franchise started. Eventually, though, the films began to even out, becoming better as they went along. Still, this franchise has a long way to go before it's true completion for Marvel's universe. certainly helped to sour viewer expectations there), the right superhero film can still do very well in this modern theater viewing landscape. All that's needed is fidelity to the source material and the right creative director. 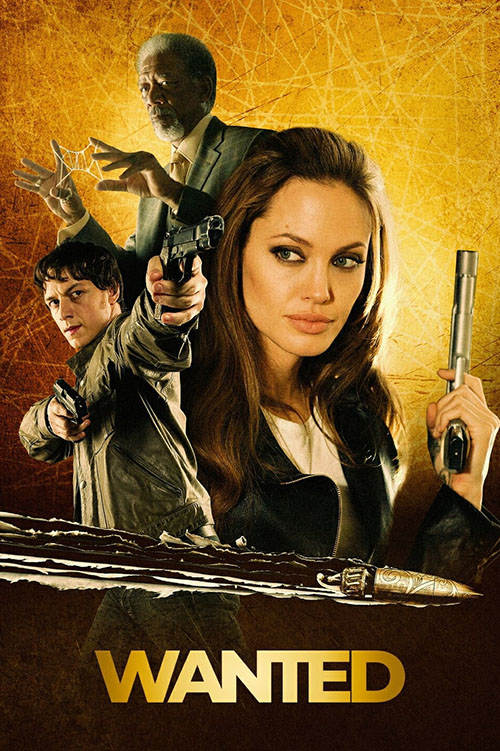 Released in 2008, Wanted didn't exactly have fidelity to the source material but it did have a very creative director behind the project. Timur Bekmambetov, known at the time for making the stylistic Russian fantasy films Night Watch and Day Watch, was hired on to bring his particular aesthetic to this superhero counter-programming film. Except, calling it that really isn't accurate; at the time Wanted came out the superhero cinematic boom was still in its infancy. It feels like the kind of film designed to act as counter-programming but it didn't have anything to counter. If it were released now it would feel like an indictment of Marvel, but instead it was just this weird film based on a comic book.

It is really weird, though. It's all about assassins with super powers that, implausibly, can make bullets curve through the air. The trailer for the film made a lot about how the characters in the movie could curve bullets. The big selling point of the film was the big, over the top gun play. This was a film that leaned in, hard, to its own implausibility and went as bonkers at it could... at least for the first two acts. It's when the story really kicked in, though, that everything in the film went off the rails.

The movie follows Wesley Gibson (James McAvoy), a loser office drone who gets abused by everyone around him -- his best friend Barry (Chris Pratt), his girlfriend Cathy (Kristen Hager), his boss -- while all he can do is have panic attacks while taking their abuse. He's a doormat, effectively, letting life walk all over him. This is, until Fox (Angelina Jolie) shows up in his life. Fox is an assassin, but in this instance she's there to protect Wesley from another assassin on his tail. Why are assassins coming after him?

Well it seems that Wesley is the son of a great assassin, all part of an illustrious band of assassins who kill based on the whims and demands of fate. They're gifted great superpowers -- hyper-focus chief among them -- and with their skills they can kill anyone, anywhere, by any means necessary. Wesley's panic attacks aren't actually panic attacks, it's a flood of adrenaline that he doesn't know how to control. With the right training, under the tutelage of Sloan (Morgan Freeman), Wesley can learn to harness his powers. Then he can chase after the man that was chasing him and kill him because, apparently, that man killed Wesley's father. The son will avenge the father through the power of fate. 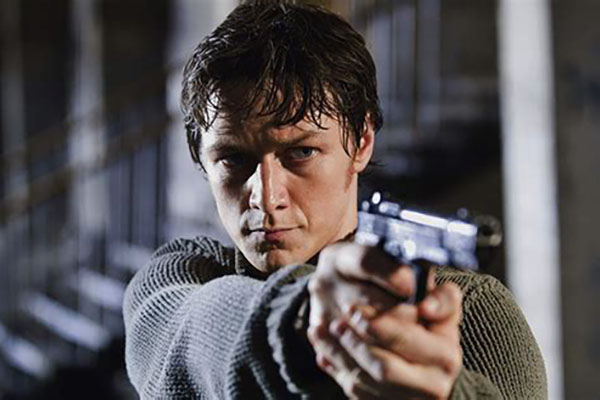 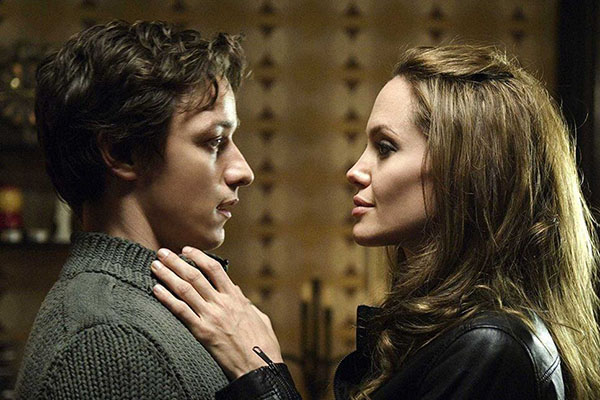 The story in Wanted is a lot. It's the kind of fever dream story that you would swear comes from the writers condensing 80 issues of comics into a single script. Except that, too, isn't really true. The film Wanted is based on a comic series also called Wanted, and some of the character names are the same, but in all other respects the comic and the movie tell two completely different stories. Fate, destiny, justified killings -- all of that is missing from the original comic. The film saw the bones of that story and said, "eh, we can do better."

Now, I haven't read the original comics so I can't speak to whether the story in the film is better or worse, but I do know fans of the comic weren't happy with all the changes made here. This is an adaptation in name only, in effect, and the writers really could have done anything they wanted and not used the Wanted name. They did do whatever they wanted, just with an irrelevant brand name attached.

If you get beyond that, though, the film is pretty enjoyable for what it is. It's not high art by any metric, but it doesn't have a strong visual style, thanks to Bekmambetov, that makes it very watchable. It's like a live action video game playing out on the screen, but not in a condescending way. This is a film that lives or dies by its action and, thankfully, it's chock full of action. When the carnage is going, people are shoot, and death is all around, this film sings. Its when the film actually turns to its story, though, that it falls apart.

The whole story of the group of assassins, the Fraternity, and their quest to to justified killings base on fate is silly. There's actually a loom that comes into play that somehow lays out destiny. There's crosses and double-crosses, and a whole convoluted final act. None of it really makes sense and you basically have to turn off your brain for all of it. For the most part that works... right up until the film buys into its story so hard that you just can't listen to it anymore. The last act is pretty dumb, and over the top, and really fails to keep you invested. It's the weakest part of the film, by a long shot. 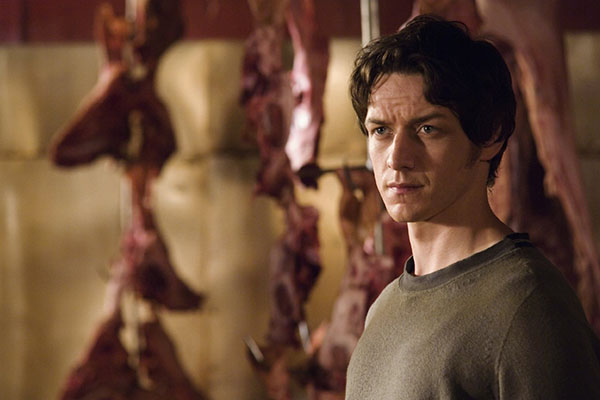 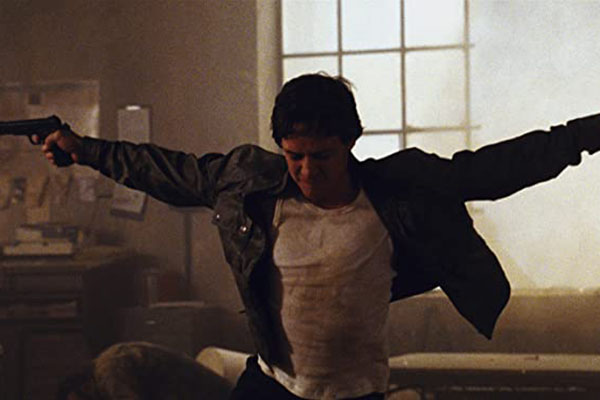 But, in fairness, to get there you have a solid hour-plus of really killer action. Even the last act has some great carnage that plays out on screen. It's dumb, yes, but very watchable. All you have to do is totally ignore the film when the characters open their mouths and it's easy to let the final action play out while things explode and people die. You just can't invest in any way, shape, or form. It doesn't work.

This film was a success when it came out, making $342.5 Mil against its $75 Mil budget, and that's all thanks to its frenetic action and cinematography. It's a dumb movie, one that's hard to recommend, but if all you want is to watch people shoot guns and kill things really good, there are simple pleasures to be found in this big, dumb movie.