I was going to open this by saying, "every year I attend the SpeedGaming Live gaming event," except, of course, for a couple of years there in the middle "attendance" took on a slightly different definition. Due to COVID any "attendee" of the SGL event was attending Online, playing in Online tournaments or simply watching the vods on Twitch (or YouTube after the fact). Attendance in the days of quarantine was nothing like the original SGL event in 2019.

While COVID isn't over (the virus is still out there, mutating and infecting people), SGL returned in a hybrid format this year. The first half of the event was hosted Online in September, for those that either couldn't attend or didn't want to go to a live event. Then, just last week (at the time of this writing), the live in-person event was held. That consisted of more tournaments, played face to face, along with the two-day marathon of great speed running. It was a solid return to form for the event, back in Herndon, VA (at the hotel that used to host AGDQ, in fact).

Having been on site for the original event back in 2019, it was good to at the 2022 return for SGL. It was nice to meet people I hadn't seen before, and to get back in touch with all the gang from bout SpeedGaming as well as my crew from Final Fantasy Randomizer (a totally great game you should be playing, and yes I will absolutely shill for it, go hit the website). Just being able to hang out with people (even if it was with masks on because we have to be at least somewhat safe) was a nice change of pace from sitting in front of my computer all day.

For the event itself, I do get an interesting perspective on the event that regular attendees wouldn't have. As I work the event as staff I get to see behind the scenes for setup and the operations thereafter. I attended the inaugural event in 2019 and, well, that events setup did not go so well. The hotel had a number of logistical issues they had to work through which delayed setup and forced staff to basically drag the event kicking and screaming out in some form. It wasn't pretty behind the scenes that year but we did get it done and that was a miracle.

This year, thankfully, the hotel managed to have their shit together this year (such as actually having the Internet working for an Internet-based event, something you'd think would be a no-brainer but wasn't back in 2019), leading to a much smoother setup for the whole shindig. The event wasn't without it's minor kerfuffles -- one of the standard power outlets in a tournament room was hooked up with 220 power, causing things to literally explode (sparks and little flames) once stuff was turned on -- but overall this time around went off without any major hitches. A smooth ride all the way through. 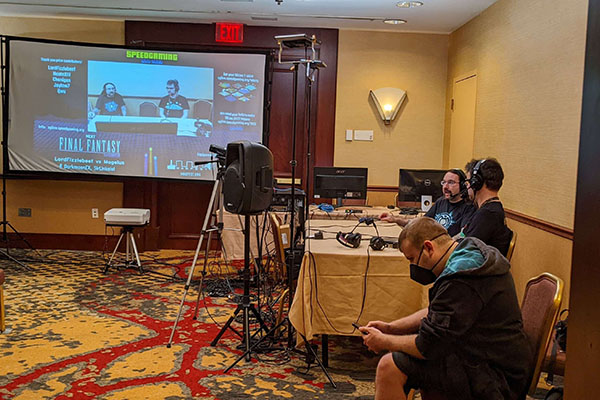 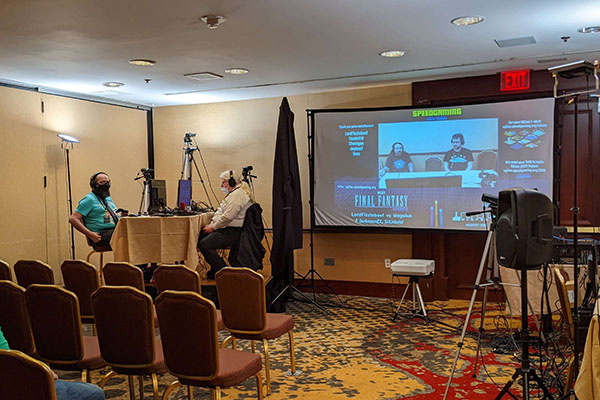 That, of course, meant that people could just come in and play their games without having to deal with long waits or overworked staff. SGL 2022 showed attendees a solid, stable, and enjoyable time for all their gaming delights, and everything rolled up smoothly from the opening days of qualifiers on Thursday all the way to finals matches on Sunday. That's what you want to see in a gaming event, no doubt.

As far as what was being played, well there were a number of games there. As I joked during my stint on mic for comms during an FFR run, you could throw a dart at the schedule a hit Legend of ZeldaCreated by Nintendo in 1986, the original Legend of Zelda game presented players with a open world to explore, packed with dungeons and monsters all ready to kill them at a moment's notice. The mix of adventure and action game play created a winning game and launched not only a successful series but an entirely new video game genre.because, well, there was a lot of Zelda. The tournaments at the live event were largely randomizers, so that meant Zelda Randomizer, A Link to the Past Randomizer, Ocarina of Time Randomizer, and Windwaker Randomizer, not to mention a spot of Super Metroid Zelda 3 Randomizer as well. They were joined by my beloved FFR, Super Metroid Randomizer, and vanilla Mega Man X, to name a few.

Yes, I did play in the FFR tournament, making it past the first round and into quarter finals... where I was defeated 2-0 (spoilers). I played well, I think, but luck and routing choices gave my opponent a (well deserved) win. Then I got to sit back and watch the other games on play. Some I liked more than others (you really have to understand the 3D Zelda games to enjoy watching their randomizers), but it was great to see so much available to watch and enjoy.

The marathon, meanwhile, gave attendees plenty to see if they weren't interested in the action of the tournaments. There was a solid three-player co-op run of Teenage Mutant Ninja Turtles: Shredder's Revenge, which is a really great game you should play. I'll over course shill for the runs of Castlevania in the marathon, both Castlevania III and Chronicles, which are hard games that I love to see destroyed by great players. And there was a solid Mega ManIn 1987, Capcom released Mega Man on the NES, a game featuring a blue robot that fought other robots and took their powers (so that he could then fight other robots with those powers, and on, and on). The series went on to release over 50 games in 30 years and become one of the most famous gaming franchises in the world. block featuring some of the best runners playing through the second, third, and ninth mainline games in the series. 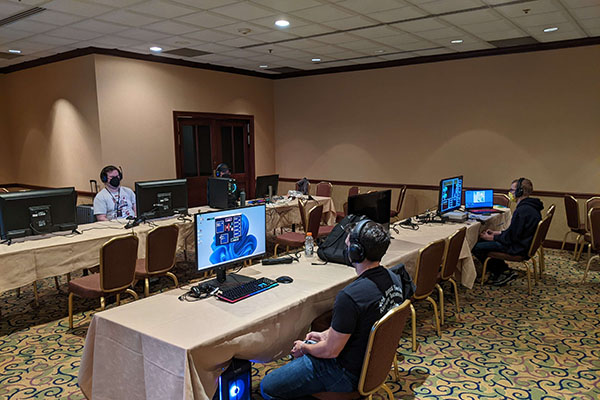 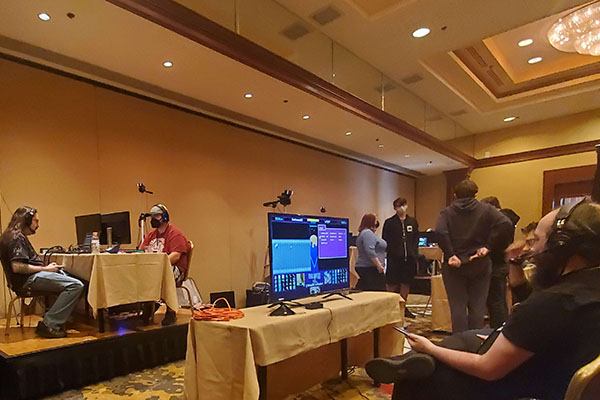 And them, if you wanted to grab one of the rooms, you could have joined in on the random gaming carnage going on. I saw one group put together a 10 player Ocarina of Time Randomizer group race that got pretty darn rowdy. Meanwhile, the FFR crew put together an AP group game of Timespinner, Super Metroid, FFR, and Slay the Spire. It was wild. Playing these kinds of group games are so much better in person than when you do it Online just because you get to interact and have rowdy fun.

While it still feels weird to go to a live event and see people -- COVID has destroyed the social part of me -- I enjoyed my time at SGL 2022 this year. It was great and I absolutely look forward to doing it again next year where I can get crushed in the tournaments once again before going off to play AP. That;s the way it should be.